We’ve had plenty of time over the last 10 months to daydream wistfully about all the trips we’ve missed out on, and now, the end of the pandemic may be within sight. While you’re dusting off your passport and suitcases, consider adding a few of these design-centric destinations to your international itinerary, from the homes of iconic architects like Luis Barragán to eye-popping interiors within brand new buildings by the likes of MVRDV and Safdie Architects. All are open to the public (or at least, they will be when it’s officially safe). 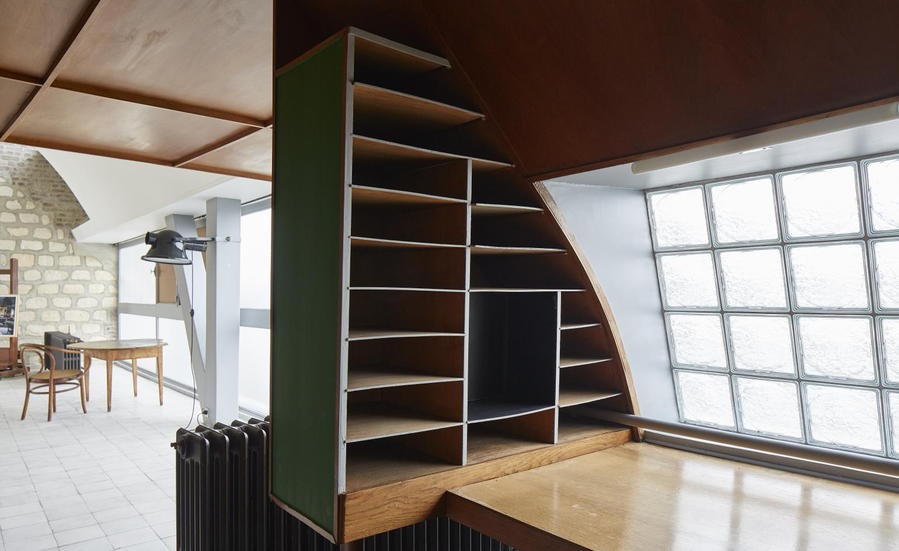 Step inside the private home of one of the most influential architects of the 20th century. Le Corbusier’s apartment in his own 1930s Paris apartment building, where he lived for over 30 years, opened to the public in 2019 after the building itself (Immeuble Molitor) was named a UNESCO World Heritage Site. Occupying the seventh and eight floors, the unit has been faithfully restored to its original condition so visitors can see what it would have looked like during his lifetime. 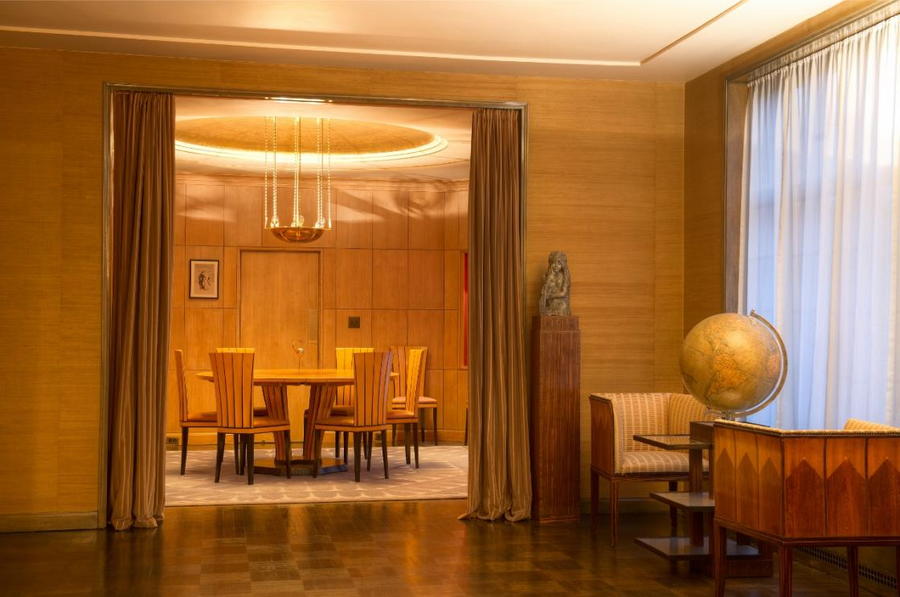 Considered Finnish-American architect Eliel Saarinen’s Art Deco masterwork, Saarinen House is now open to the public as part of the Cranbrook Art museum in Bloomfield Hills, Michigan. It served as Saarinen’s home and studio from 1930 to 1950 and features beautifully restored interiors featuring the architect’s original furnishings, designed in collaboration with his wife, Loja Saarinen (the Cranbrook Academy of Art’s first head of the Weaving Department). 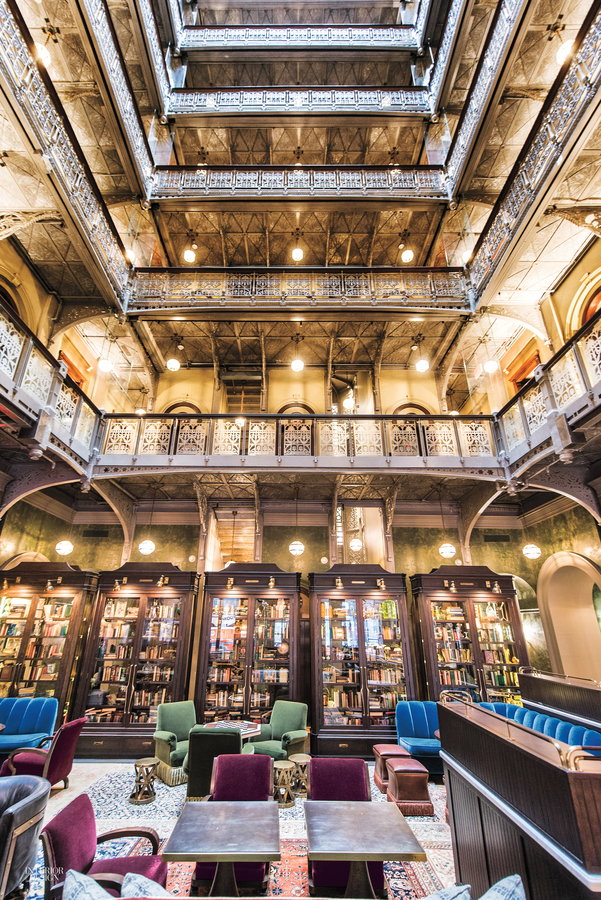 If you want to add a traditional space to your list, New York City is full of them, though few are quite as thrilling as The Beekman Hotel. Its spectacular full-height atrium is ringed by balconies with ornate railings and complex tiled floors, and everywhere you look, there are Gilded era wonders to behold. Considered very tall when it was built in 1883, the former Temple Court Building was full of offices leased by lawyers and publishers. In 2016, GKV Architects transformed it into a contemporary 287-room hotel, preserving its historical features and creating cheerful, airy guest rooms. This is one hotel where you’re going to want to spend a lot of time in the lobby. 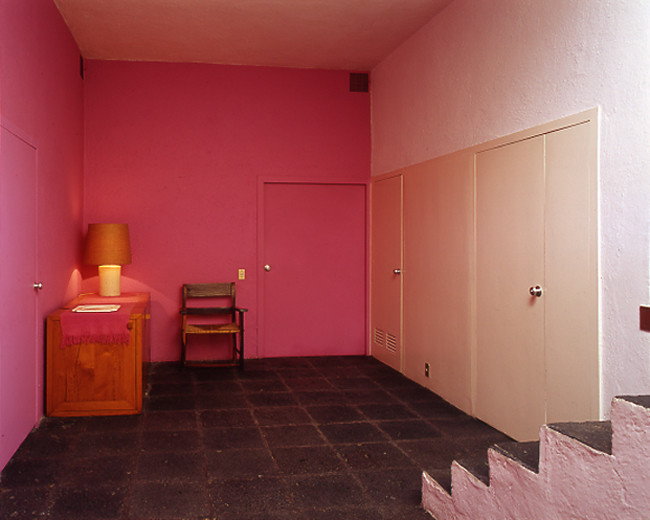 Pritzker Prize-winning architect Louis Barragán made an outsized impression on Mexican architecture and design, and few places are as exemplary of his signature vivid style as his own former Mexico City residence, known as Casa Luis Barragán. Now a museum, the home illustrates Barragán’s masterful combination of modernism and vernacular elements, all hidden behind a humble facade in a working-class neighborhood. 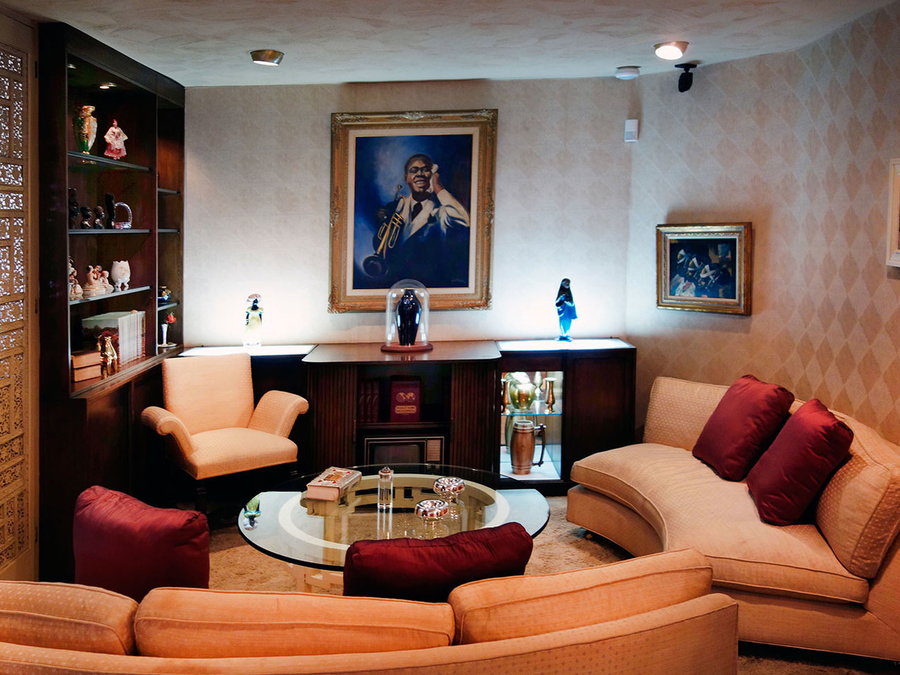 The Louis Armstrong House Museum provides not just a window into the life of a jazz legend, but also a time capsule of his particular period of music history. Located on 107th street in Queens, New York, where Armstrong and his wife Lucille lived for the last 28 years of his life, the museum is packed with the musician’s personal take on midcentury modern interior design. 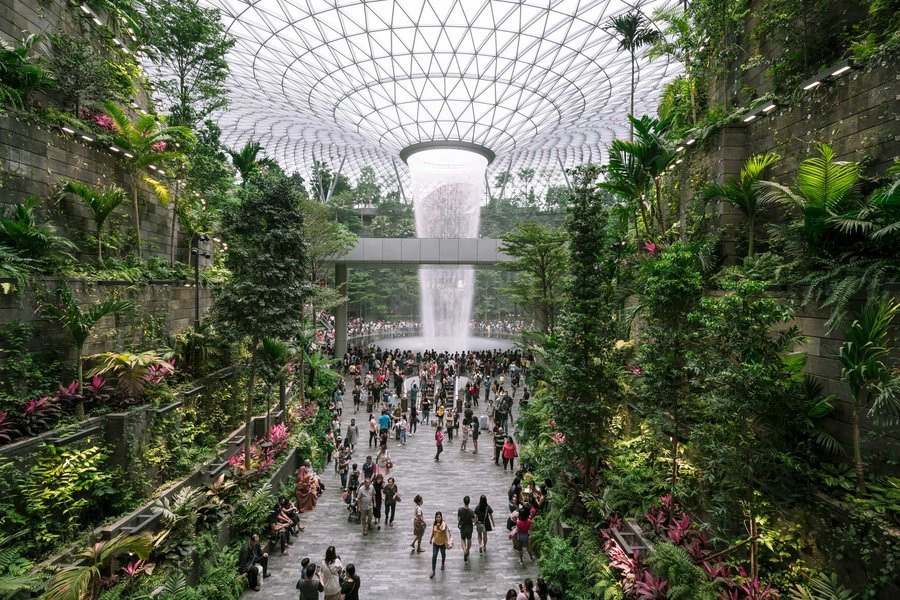 An airport as a destination? Yes. Really. Singapore’s Jewel Changi Airport is an architectural wonder with dazzling interiors designed to draw crowds, whether they’re actually getting on a plane or not. At its center is a 131-foot waterfall within “Forest Valley,” itself a temperate indoor jungle beneath a massive glass dome planted in a series of tiers to resemble a hilly landscape. 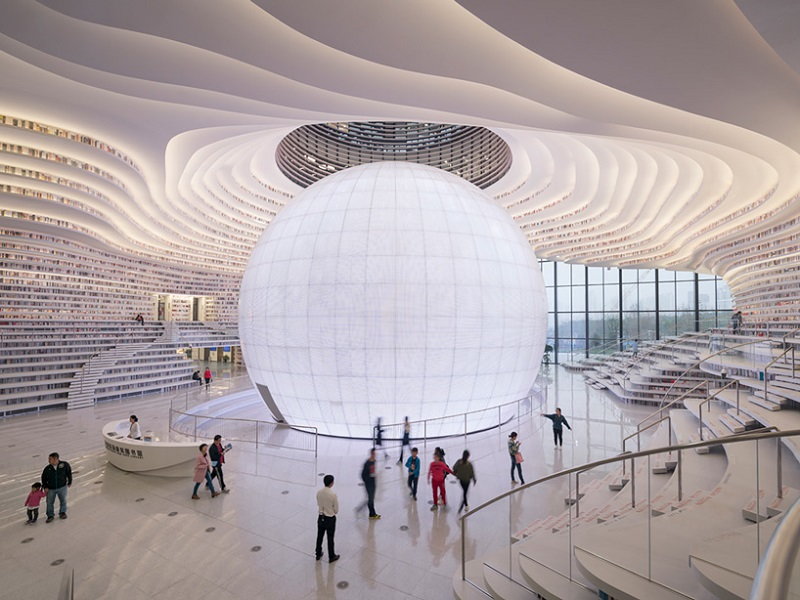 If you’re a book lover and interior design enthusiast who also loves to travel, some of the world’s most incredible libraries should be on your radar. You could create a lengthy dream itinerary revolving around both modern and traditional library interiors open to the public — and there are plenty of them, including recently completed wonders like Oslo’s Deichman Bjørvika and historic treasures like the Royal Portuguese Reading Room in Rio de Janeiro, Brazil. Among the most striking contemporary library interiors can be found in Tianjin, China. Designed by MVRDV, the Tianjin Binhai Library features a topographical, organic series of tiered bookshelves circling around a massive glowing sphere.