In Oslo, Norway, a stunning new library has been given the prominent setting it deserves over the Oslo waterfront. Set just across the street from the equally grand Oslo Opera House by Snøhetta, Deichman Bjørvika is a six-floor modern marvel that hosts some 450,000 books. The interiors are a reader’s dream, full of skylights, huge windows with incredible views of the city and surrounding fjords, and a maze of bookshelves you could easily get lost within. 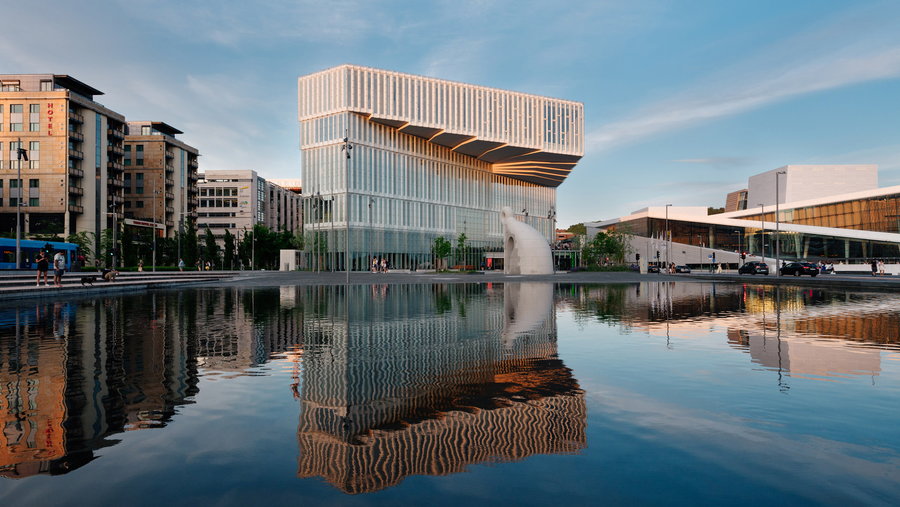 Designed in collaboration by the firms Atelier Oslo and Lundhagem Architects, the library has serious curb appeal for visitors arriving from Oslo’s central station, with its stepped and cantilevered upper story jutting out 65 feet. Plus, the building’s facade combines glass windows and translucent walls, and after dark, the whole structure glows.

Inside, the floor plan revolves around a central atrium going all the way up to the building’s striking honeycomb-patterned concrete ceilings and skylights. Every level has access to daylight and lots of wide-open spaces, but there are cozy reading nooks to be found, too. The building feels enormous, but not in a way that’s necessarily overwhelming or uninviting. Instead, it feels like a bit of an adventure, offering much to be discovered. 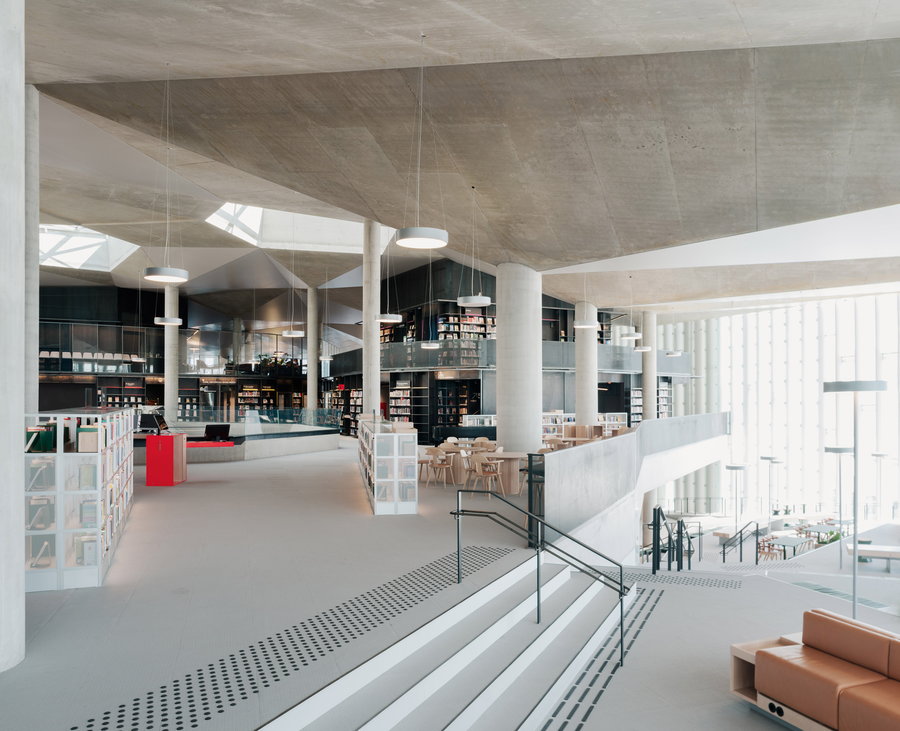 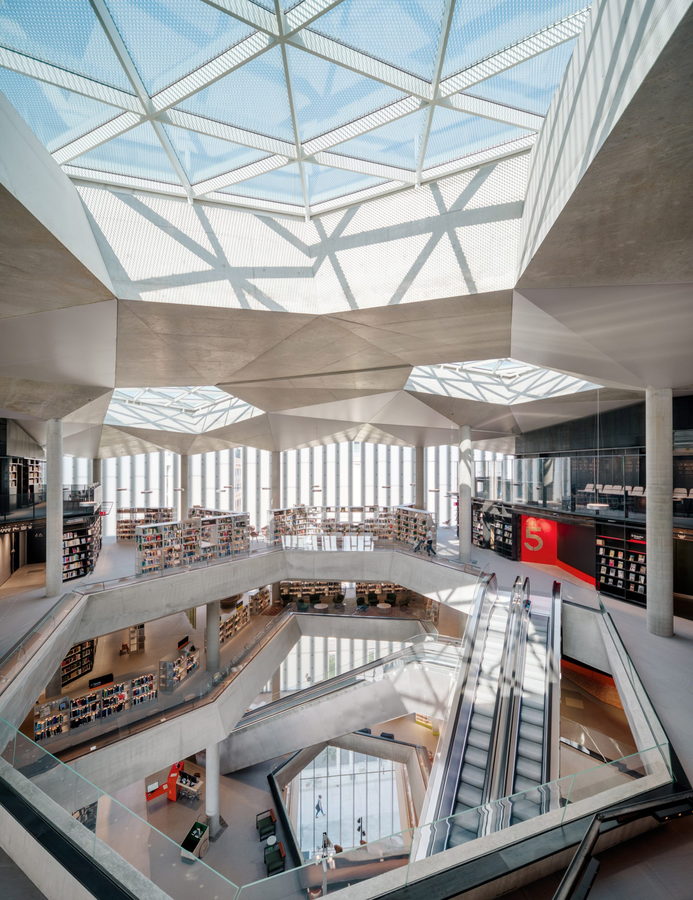 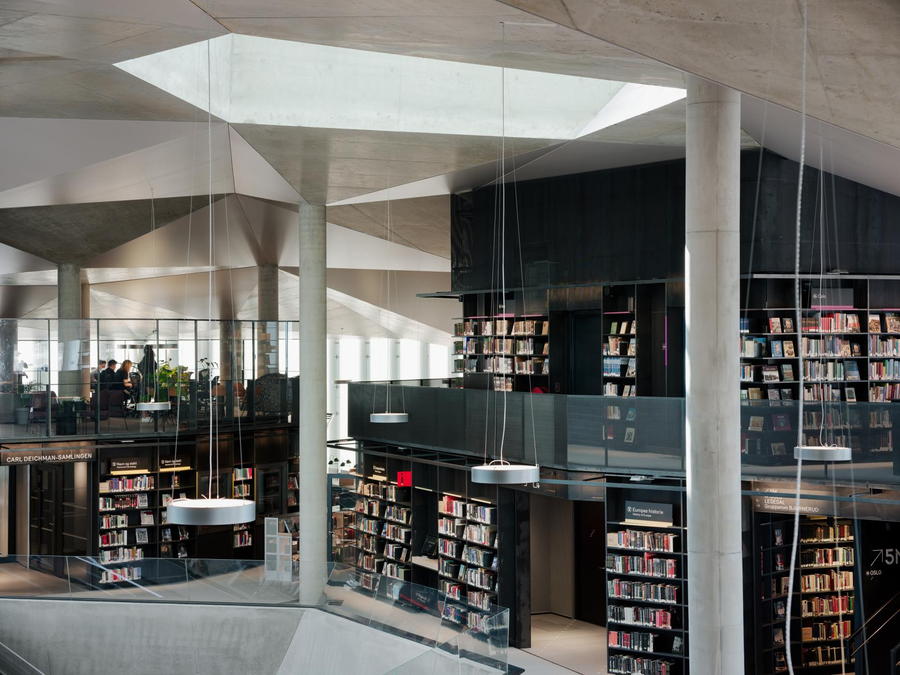 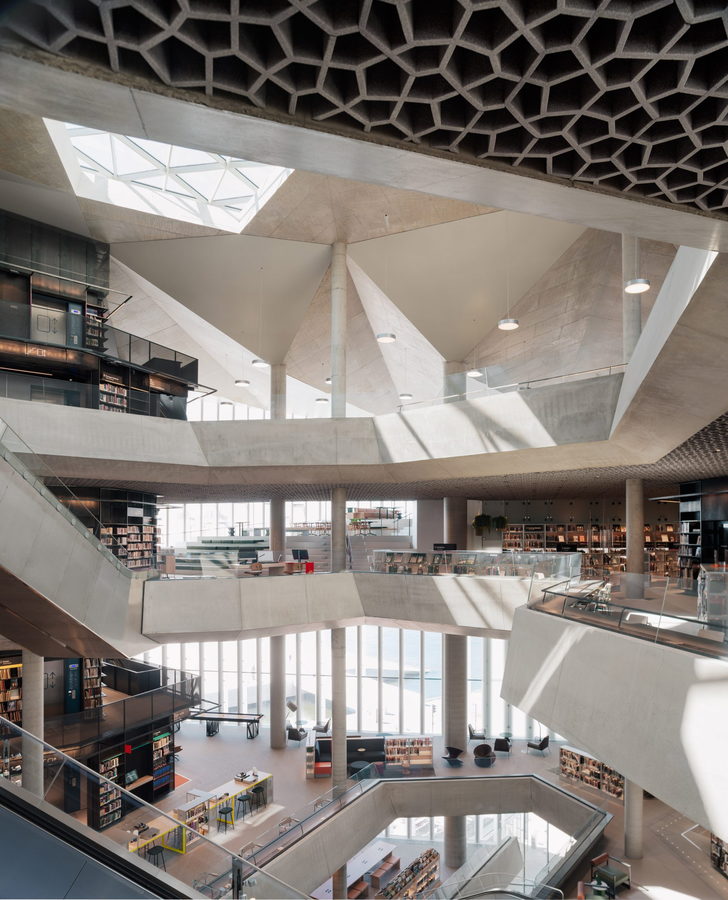 In addition to all those books, the library features a theater, a podcast studio, instrument stations to learn how to play music, space for ongoing art installations, a cinema, an auditorium, a canteen, and a restaurant. And of course, the cantilevered level on the sixth floor has plenty of seating and tables near the windows to take in the sweeping views. 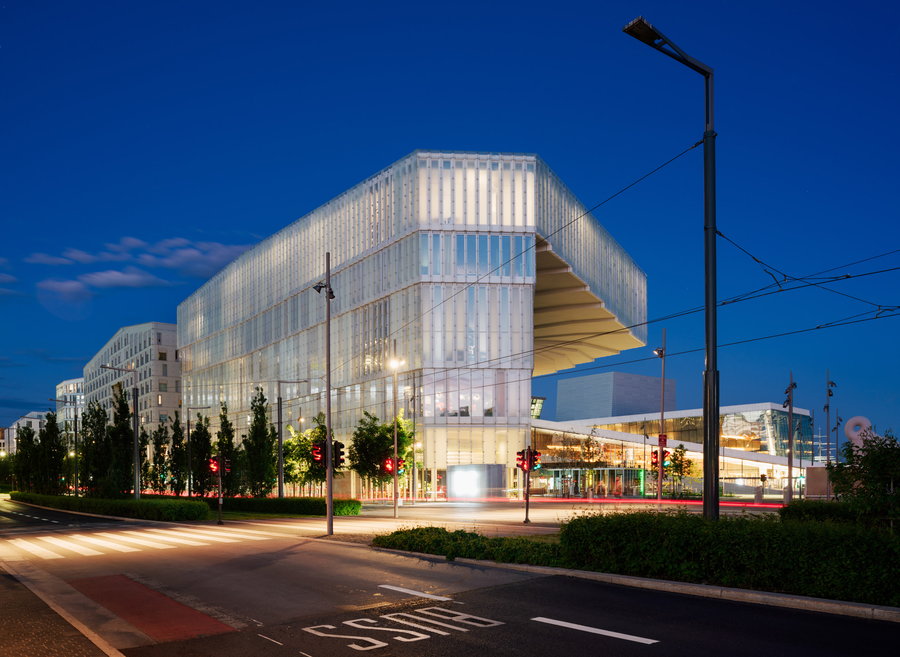 Atelier Oslo and Lundhagem won a 2009 competition to design the building, which had options for the library to be placed on two different sites near the Opera House. They chose the more challenging and limiting site, but it paid off, especially in the way their design’s unusual silhouette reflects on the water at night.

“The librarians wanted a house that would inspire visitors to explore all the new facilities and activities the modern library can offer,” explains the Lundhagem team. “This motivated us to create an open and intriguing building in which you are constantly invited around the next corner to discover new places. With its central location in Bjørvika, the new library is set to become a vibrant hub — a modern meeting place for learning and exchange of knowledge.” 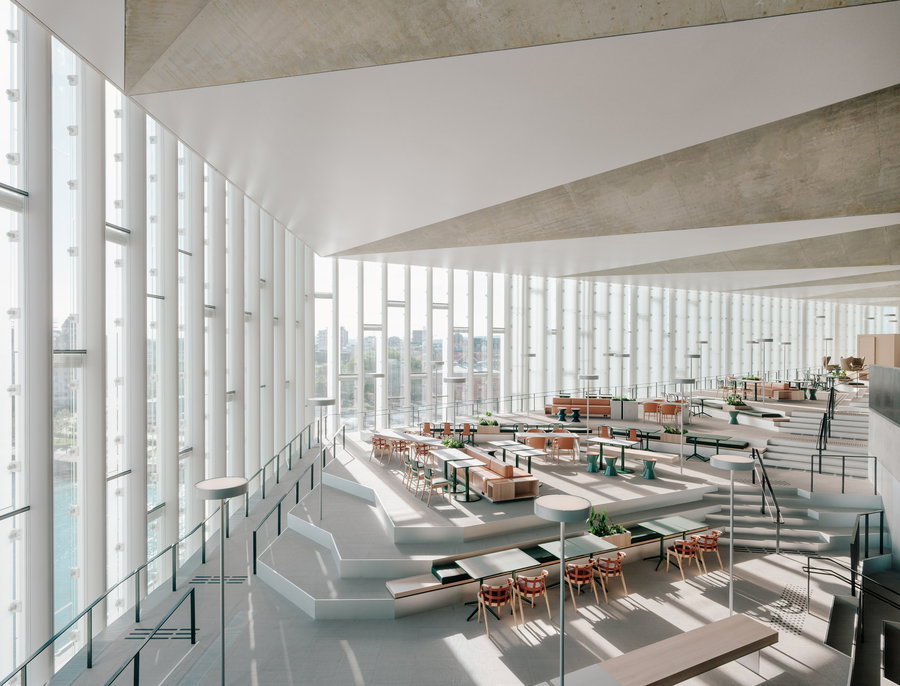 “The site is relatively small. In order to avoid building too many floors, the building cantilevers out above its footprint: the first floor above the street to the east, and the fourth floor almost 20 meters out above the urban plaza, creating a protective covering. Three ‘light shafts’ cut diagonally through the building from each of the entrances, giving a glimpse into different sections of the library. The light shafts connect the floors and distribute daylight downwards from three big skylights in the roof.” 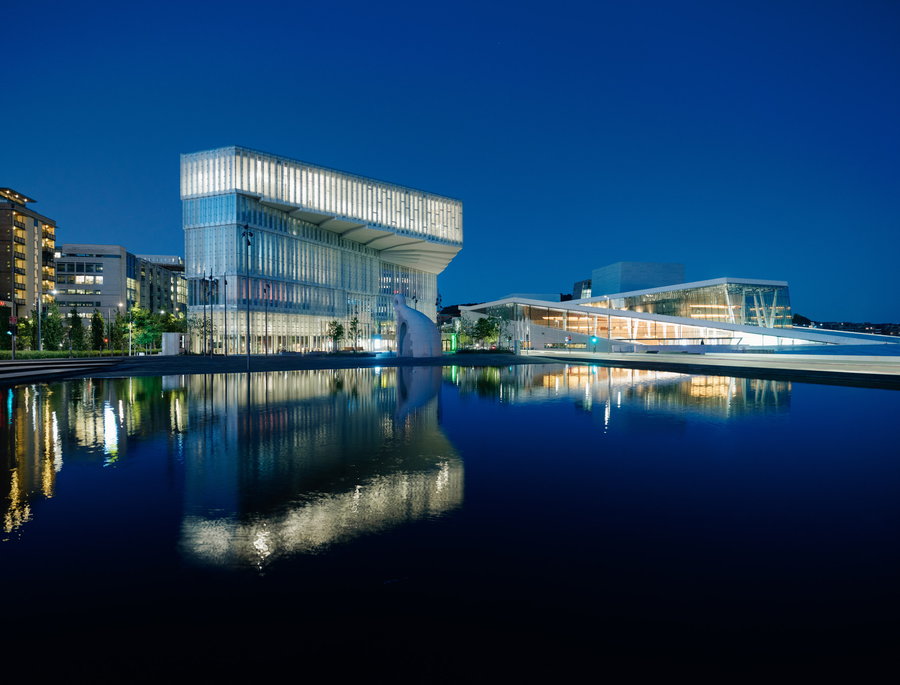 The library will receive an estimated two million annual visitors with a capacity of 3,000, though for the time being, only 1,000 people will be allowed inside at any one time due to the pandemic. It officially opened its doors this summer.