For the past week or so, a recently completed futuristic library has been making waves on social media. The Tianjin Binhai Library, designed by the Dutch architectural firm MVRDV, bears all the hallmarks of the famed practice’s style: it’s visually stunning, technologically intelligent, and completely unique. The library is part of a larger cultural institution in Tianjin, China, and was designed by MVRDV in conjunction with the Tianjin Urban Planning and Design Institute. The building was constructed to create a link between an adjacent park and the city’s new cultural sector. 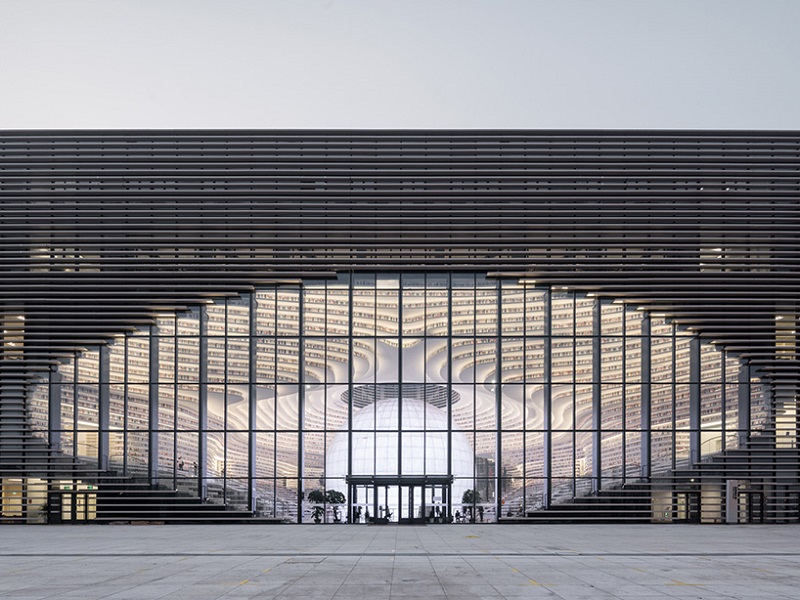 Spread out over five floors, the library employs organic, curving forms and undulating strata all throughout its interiors. Externally, the building’s ribbed envelope recedes to reveal a set of corresponding interior tiers, which create an almost topographical entity out of the ceiling as they get closer to the top. Visitors can even sit out on a few of the lowermost levels. 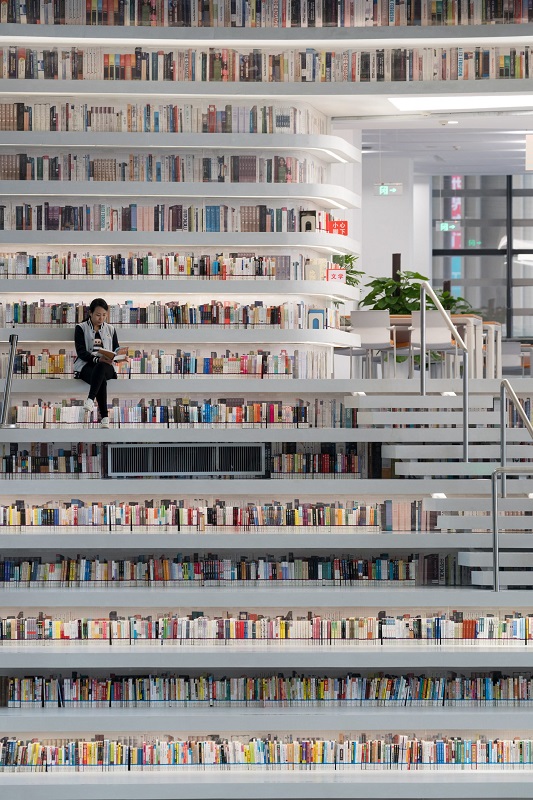 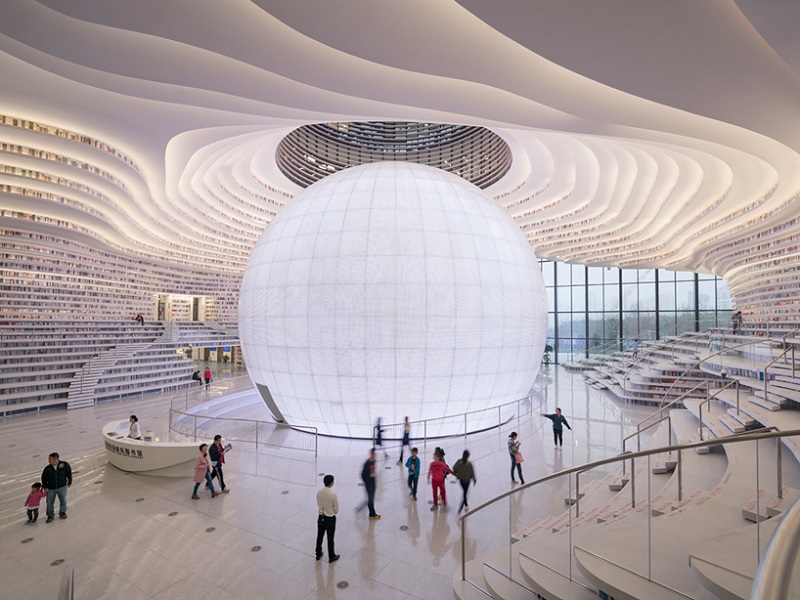 The library has no walls as such — just a contoured landscape of bookshelves that swells in, out, and around the space. This effect is truly remarkable and makes the visitor feel as if they are engulfed in the architecture, which from every angle resembles the rippling surfaces you’d expect to find inside a cave. The white bookshelves give the space a futuristic atmosphere, which is enhanced by the giant sphere at the center of the structure. This sphere has been given the ominous name “the eye” because of its shape, and it contains an auditorium for events and lectures. The “eye” was conceived of as a kind of “hug” between media and knowledge and sits somewhat afloat in the library’s vast sea of white. Here, people can mill about as they peruse the aisles or take a seat to read a book they’ve plucked from the shelf. 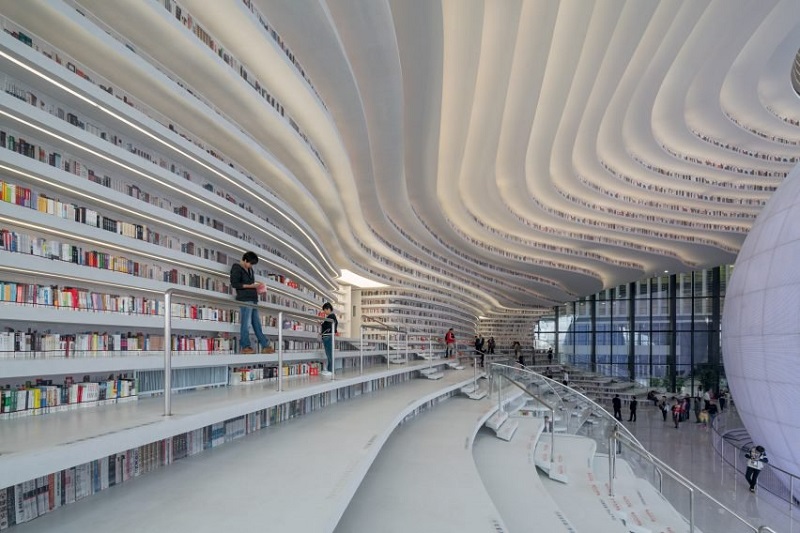 “We opened the building by creating a beautiful public space inside; a new urban living room is its center,” says Winy Mass, one of the founders of MVRDV. “The bookshelves are great spaces to sit and at the same time allow for access to the upper floors. The angles and curves are meant to stimulate different uses of the space, such as reading, walking, meeting. and discussing.” 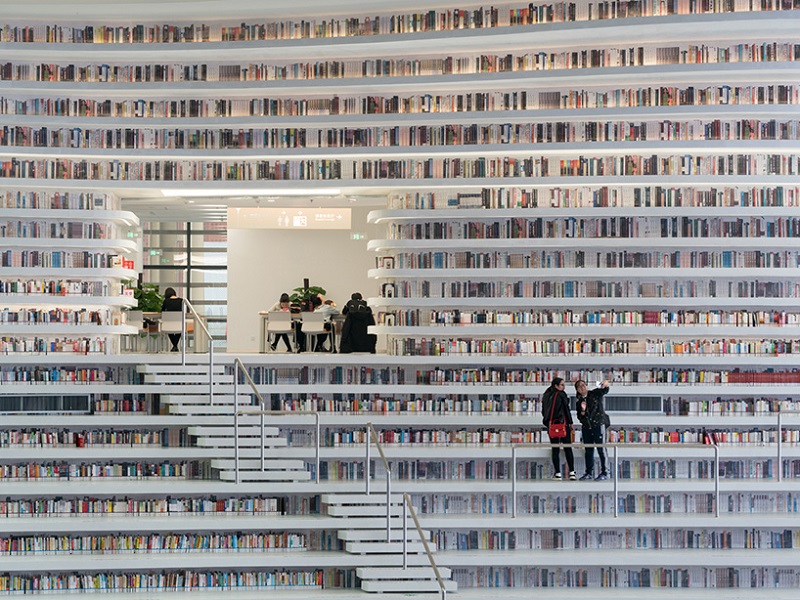 The new library is home to 1.2 million books, but its upper shelves are a little misleading, as they also appear to be lined with books but offer people no way of accessing them. As it turns out, these books are just printed metal plates that were intentionally designed to look like rows of books — somewhat of a disappointment when you realize that only the lower levels of the library adhere to MVRDV’s original vision. Access to the upper shelves had to be forgone due to construction-based time constraints (the entire building was completed at lightning speed in just under three years). Perhaps there will be an opportunity somewhere down the line for the original plan to be completed, but for now, library users will have to be content to keep the knowledge on the lower levels.