At 623 feet, the atrium of the new Leeza SOHO tower in Beijing just became the tallest in the world, beating out the Burj Al Arab in Dubai by 23 feet. Recently completed by Zaha Hadid Architects, the 45-story skyscraper is a glittering landmark for the Fengtai business district, offering flexible office spaces for both small and medium-sized companies, each with their own views into the remarkable open space at the tower’s center. 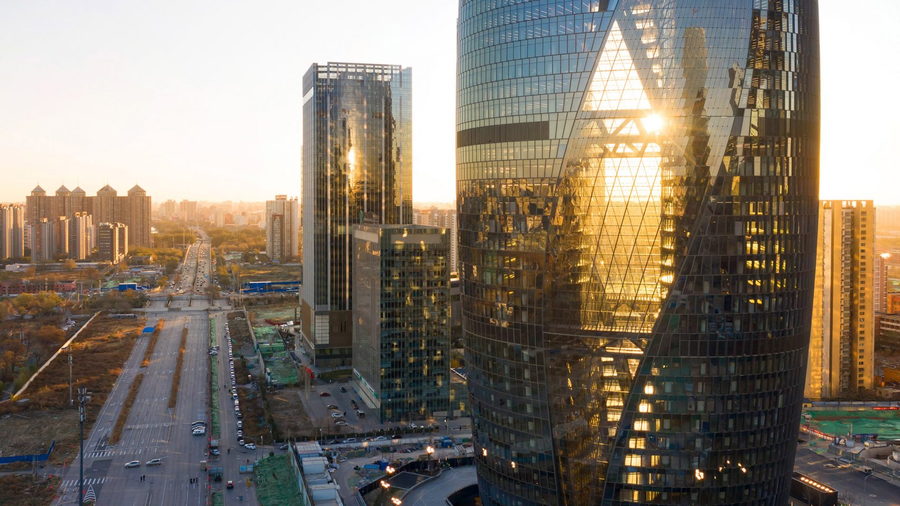 The Leeza SOHO is positioned just above an underground subway service tunnel, with a rails station next door. Though its envelope is shaped like a rounded cylinder, the interior has a dynamic layout, with the atrium twisting to create continuous convex openings all the way up to the ceiling.

“This rotation of the atrium intertwines Leeza SOHO’s two halves in a dynamic ‘pas de deus’ with connecting skybridge on levels 13, 24, 35 and 45, its glazed facade giving panoramic views across the city,” say the architects. “Leeza SOHO’s atrium acts as a public square for the new business district, linking all spaces within the tower and providing varying views due to its twisting, sculptural form, creating a fantastic new civic space for Beijing that is directly connected to the city’s transport network.”

Not only does the atrium draw natural light all the way down to the building’s lowest levels, it also acts as a “thermal chimney” with an integrated ventilation system to maintain positive pressure and keep internal temperatures regulated. The double-insulated glass curtain wall system draws outside air through narrow openings, offering strategic ventilation and protecting the interiors from Beijing’s hot, humid summers and cold, dry winters. 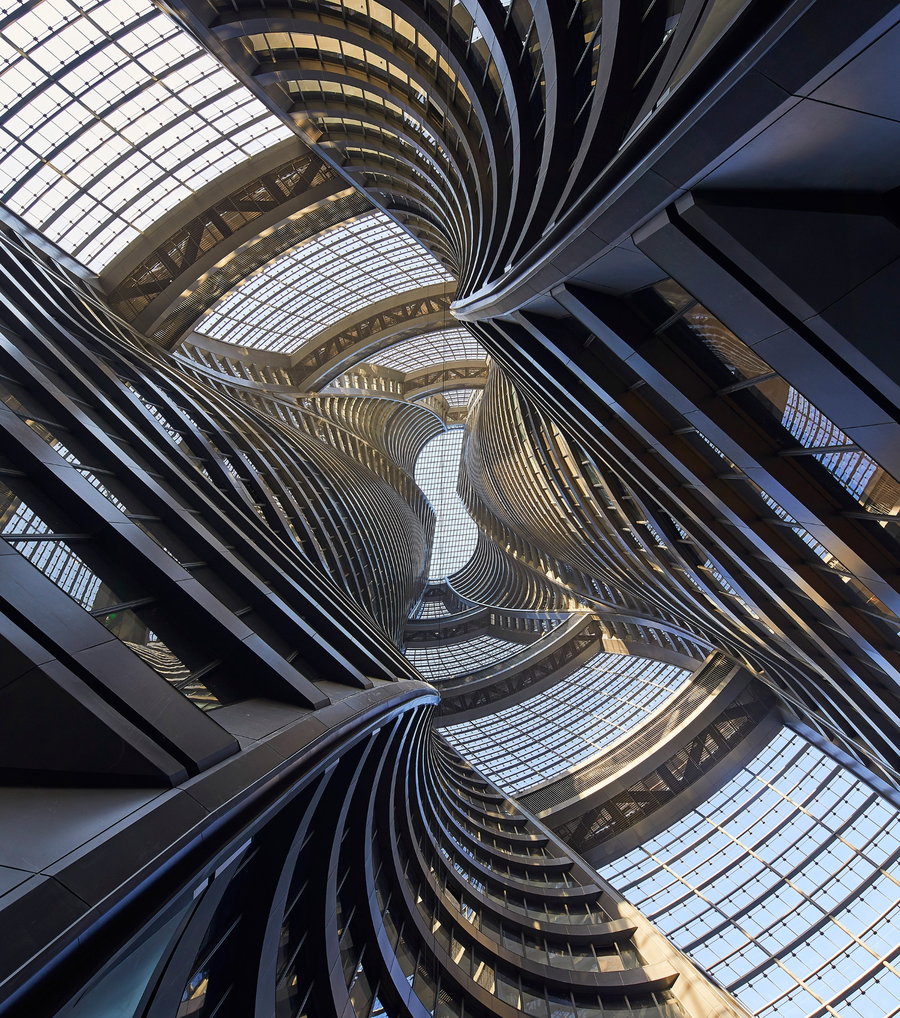 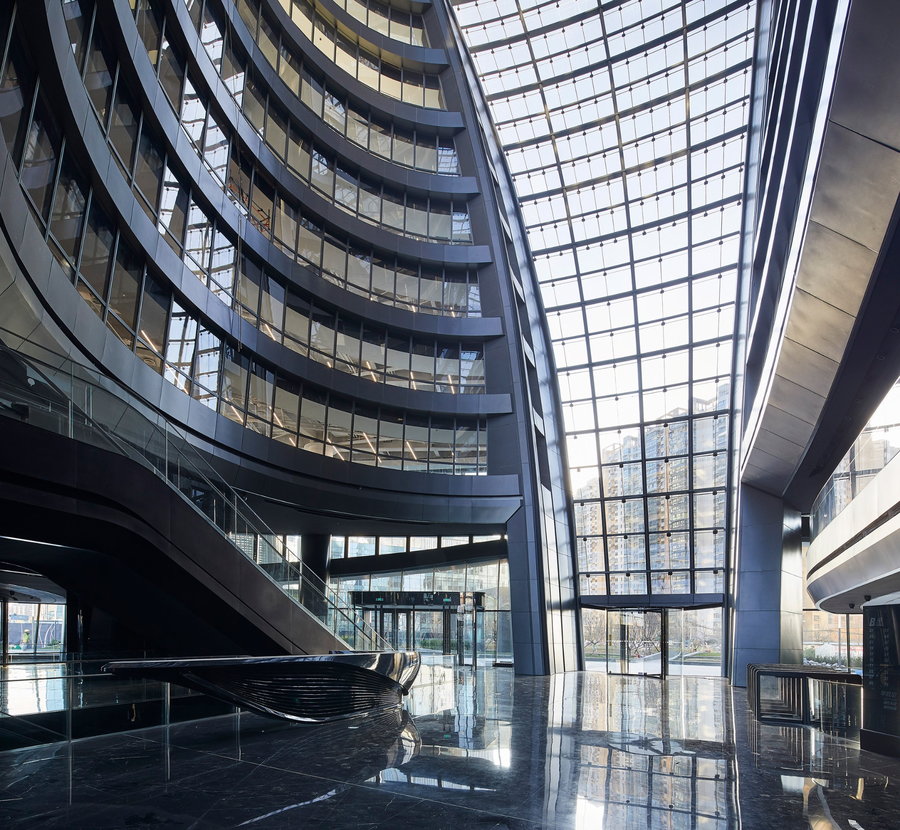 It’s also designed to achieve LEED Gold certification by the US Green Building Council, with features like an advanced energy management system that monitors energy and resource efficiency using pumps, fans, boilers, smart lighting, water collection, and low-flow fixtures. It’s hard to see from outside, but the Leeza SOHO tower also boasts a green roof that helps insulate the building, as well as an array of solar panels.

The architects add: “At the forefront of 3D Building Information Modeling (BIM) in design, construction management, and building operations, Zaha Hadid Architects and SOHO China have implemented proven technologies to reduce the energy consumption and emissions at each of their four collaborations, totaling 15 million square feet (1.4 million square meters) of mixed-use urban space in Beijing and Shanghai.” 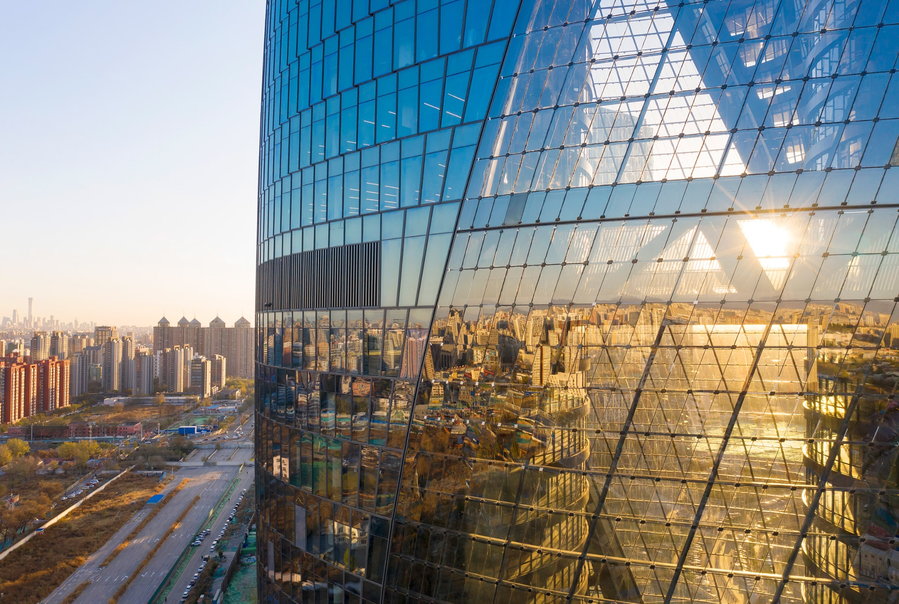 Everything about the tower aims to appeal to the business community of Beijing, from its prime location adjacent to public transit to its 2,680 bicycle parking spaces, shower facilities, dedicated charging spaces for electric and hybrid vehicles, and impressive views.

It’s also close to the new Beijing Daxing International Airport, which is currently in the process of opening. The Fengtai business district is considered integral to Beijing’s plan to accommodate growth without impacting existing networks of infrastructure. 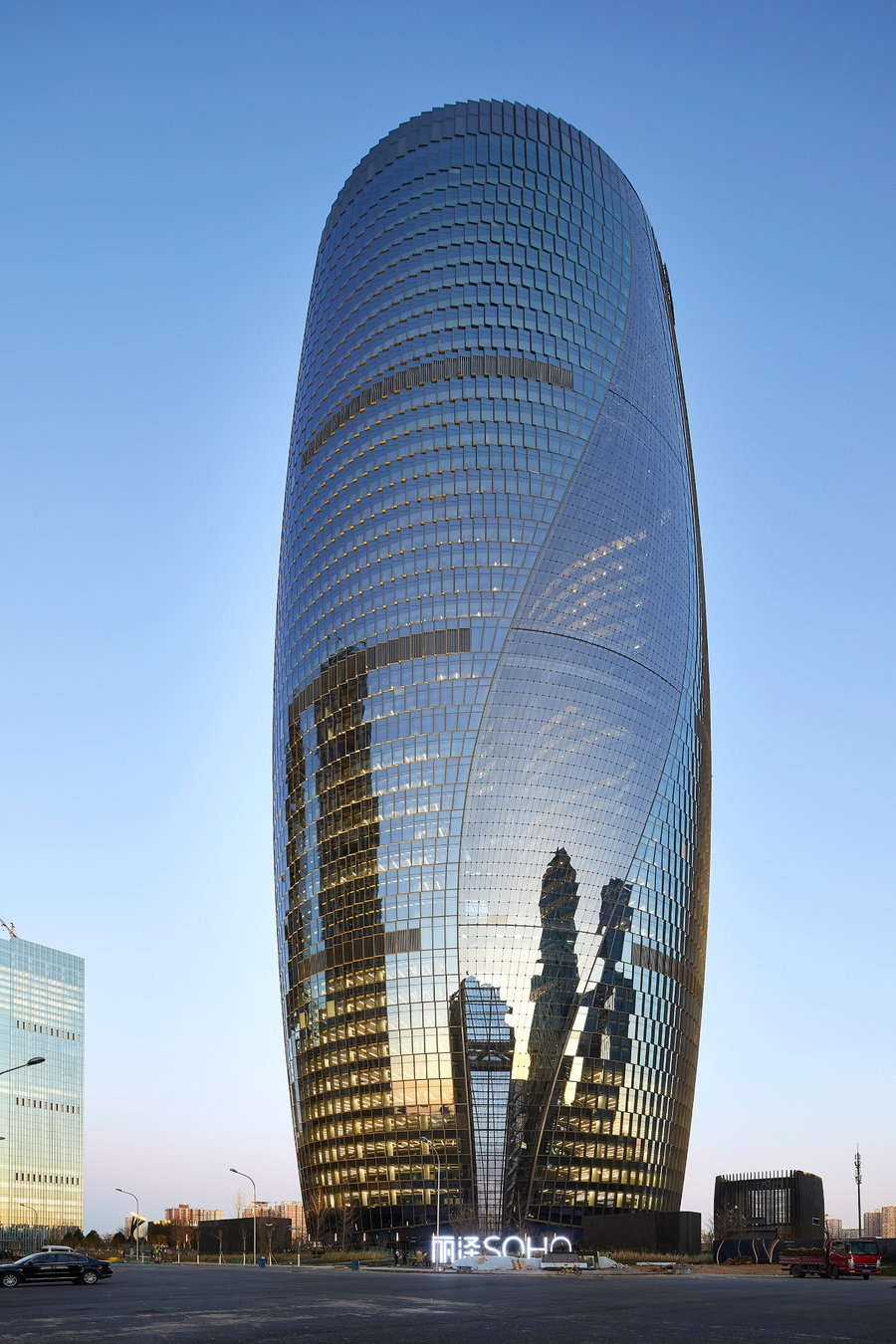 The exterior of the tower is a bit subdued compared to many of the firm’s typically fluid, dramatic, and sculptural works. But step inside, and there’s no question as to who designed the Leeza SOHO. Check out Zaha Hadid’s ultra-thin concrete pavilion, architectural 3D-printed chairs, kitchenware collection and, of course, the Beijing Daxing airport.