Believe it or not, your quality of life directly depends on how accessible public transit is in your city. Not only does your mobility between different parts of town improve your well-being, but so does your experience of it, regardless of the mode of transit being used. When we look at a city’s transit system, we need to think of it more holistically and see it as encompassing things like bike share, ridesharing, buses, light rail, subways, and trains.
For five days this month, Los Angeles hosted LA CoMotion, a conference about the urban mobility revolution that’s currently transforming cities around the world. Talks, demonstrations, exhibits, and panels focused on the current state of urban mobility and looked into its future. If you thought that our cities would be filled with flying vehicles by now, don’t be discouraged — there are people working on that, too. One of the panels that focused on an issue that matters to every city dweller was on “Improving Well-Being Through Transport Design.” 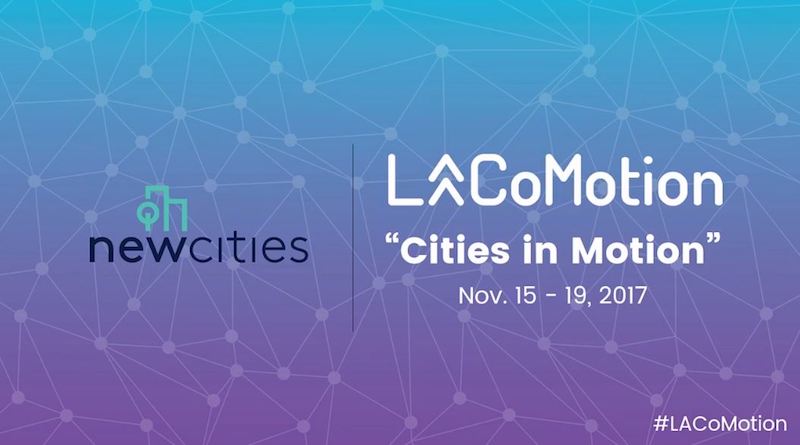 How our transit systems are designed either encourages or discourages their use. A subway station does not have to look like a concrete bunker with a conspicuous means of egress, but its design must take into account the experience of the people who use it every day. Jeff Risom, the U.S. Managing Director for Gehl, believes that “idealistic pragmatism” is what’s needed to create a broader focus on not only what makes transit safe, but also on what makes it enjoyable. “It’s not about over-designing every single ramp (and) handrail. There needs to be a sense of planning for the everyday.” During the panel, Risom gave the example of Denmark, where transit is first designed for the well-being of all its users, and then solutions for worst-case scenarios are put in place (for example, emergency exits in case of fire). “The U.S. kind of goes at it the opposite way. They design everything around the extreme, around the worst-case fire code, the most accessible ramp, and then the everyday stuff falls between the cracks.” 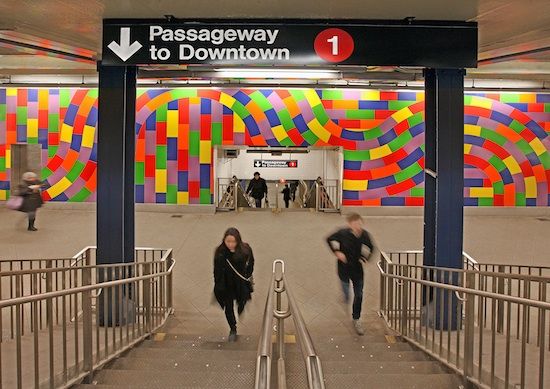 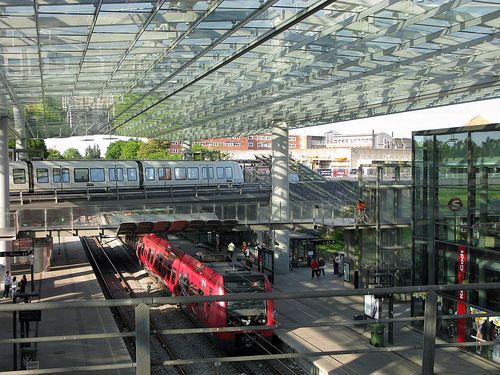 Sometimes, simple gestures like the inclusion of artwork in stations and vehicles can help people feel better when using public transportation. In New York, the Metropolitan Transportation Authority (MTA) commissions visual and performance artists to display their work throughout the subway system. Some of the artwork is permanent, like mosaics on station walls, while some is temporary, like visually stimulating posters. The MTA sees this as giving daily transit users the experience of “a first-rate art museum.” Sean Rhodes, Executive Creative Director of Frog Design, said that including art in transit systems is a great way to make people feel good during their daily commutes. “It’s curated, it’s thoughtful, there is someone in the New York MTA who is bringing that into the world through partnerships.”
Not only can transit be designed to make you feel better (and even happier), but it can also make you healthier. According to Rhodes, poorly designed and connected transit is negatively impacting the lives of millions of Americans. “We’re spending an enormous amount of our GDP on healthcare. The FDA did a study a few years ago that found that 3.6 million people in America miss medical appointments because they don’t have access to transportation.” It’s pretty concerning to see how many people may have experienced a decline in their health — or even death — just because they were not able to get to an appointment to test for things like prostate cancer, breast cancer, or an abscessed tooth.
Transit is part of the texture of any city, and access to good transit improves the well-being of its residents by seamlessly connecting them to the places that they need and want to visit. Transit that is well-designed can not only make you happier, but can also help keep you alive.