If you have an extra $2 million laying around and a desire to buy outlandish jewelry, you might want to put this new gold-encased version of the PlayStation 5 game console on your wish list this year. 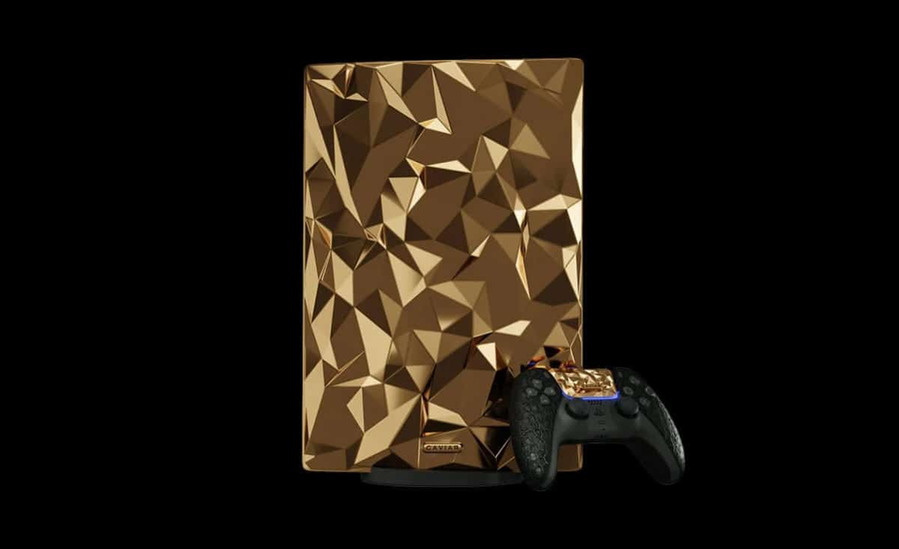 Conceptualized by Russian high-end accessory company Caviar, the exclusive, single edition PS5 was assembled from eight sheets of solid gold. Although no price has been released yet, at going market rates, Boss Hunting estimates that the Golden Rock PS5 with its 20 kg of gold will cost around $1.8 million.

Caviar, a firm aimed at producing the loudest and most iced-out accoutrements in the world, says it “could not pass by such a luxurious and very difficult to manufacture golden version of the PlayStation.” The designers were inspired by “the unique geometry of the gold ore and the graceful, beautiful outlines of the rock,” which led to its transparent “Golden Rock” name. 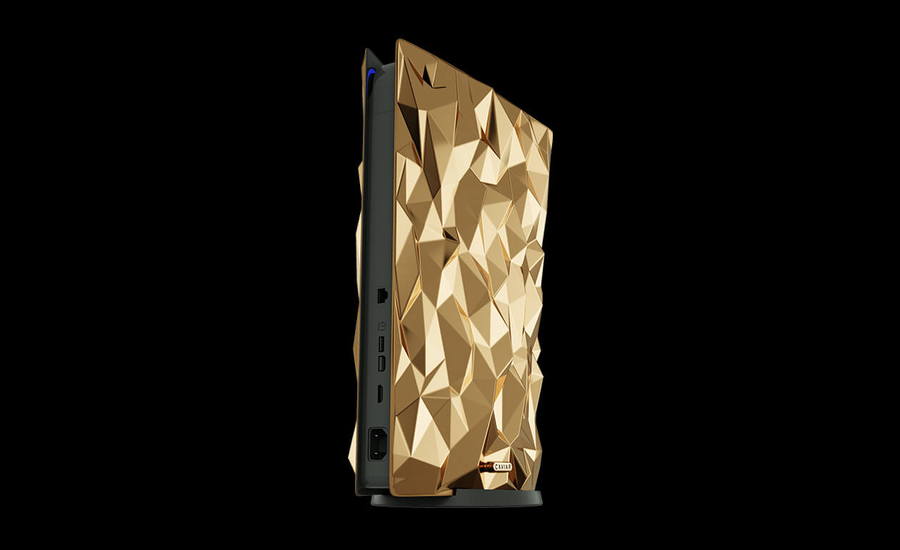 With its multi-faceted, precision-cut shape, the company calls its latest creation “a real masterpiece of jewelry,” made in the “original technique” and adding both volume and texture to the console. But despite being a brand known for its lavishness, Caviar’s PS5 still doesn’t appear to be the more expensive disc-playing type, but rather the cheaper edition that only plays online games. 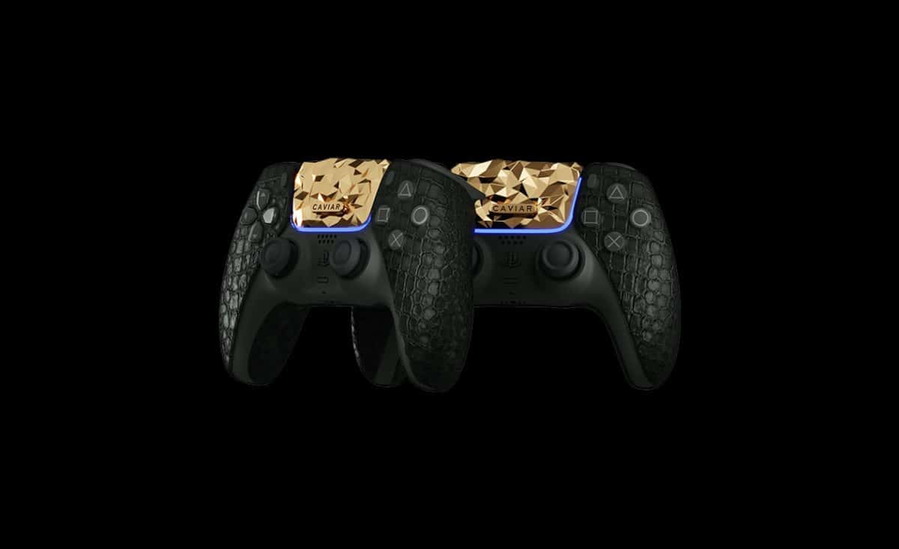 Two gold encrusted DualSense game controllers are included in the extravagant offering. To give them extra panache, Caviar covered both in genuine crocodile leather “for real tactile pleasure.” However, since the DualSense controllers are the new PS5’s most unique feature with “immersive haptic feedback” and “dynamic adaptive triggers,” it is unclear if Caviar’s decision to include 750 gold inserts and a reptilian wrapping will enhance or dilute the intended experience.

Of course, that issue may have been of little concern to the hedonistic atelier, who calls their handiwork “a mixture of rationality and brightness,” with “pure fine lines and deliberate luxury.” No availability date has yet been given for the one-of-a-kind Golden Rock console. 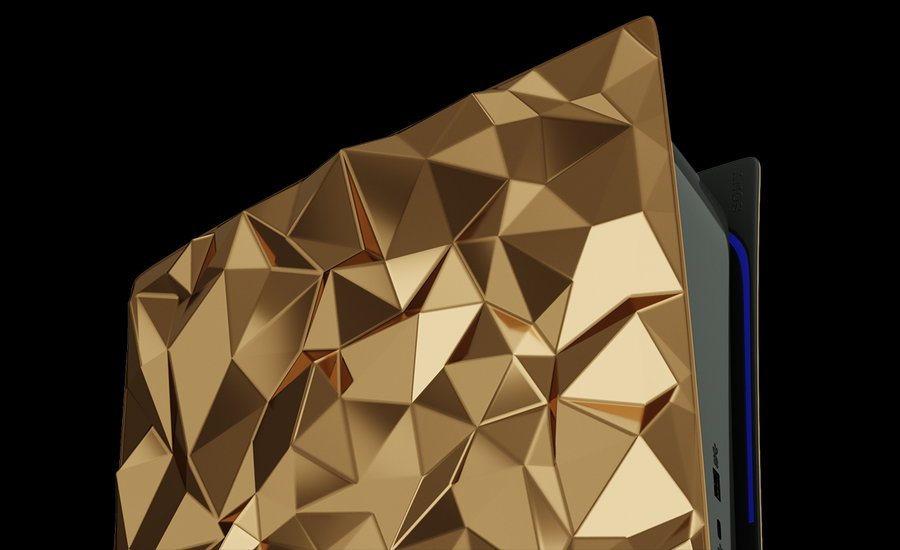 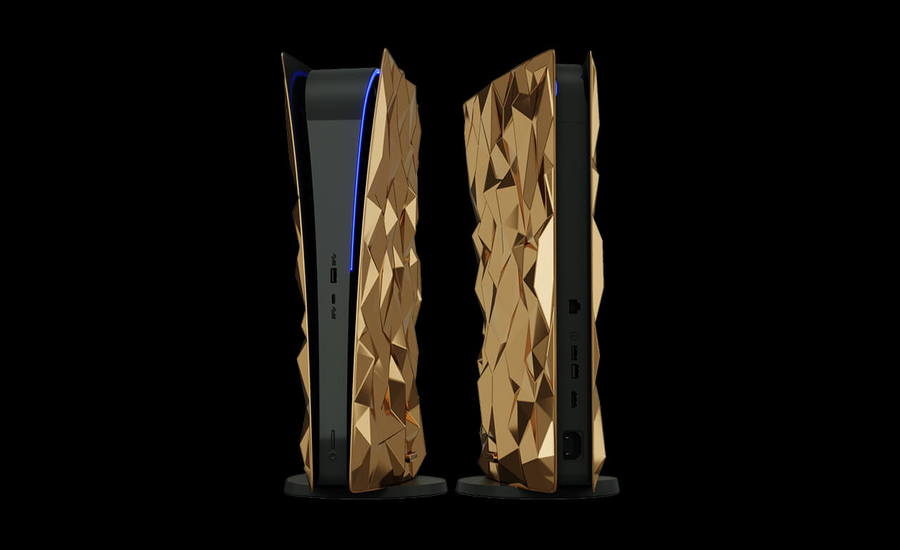 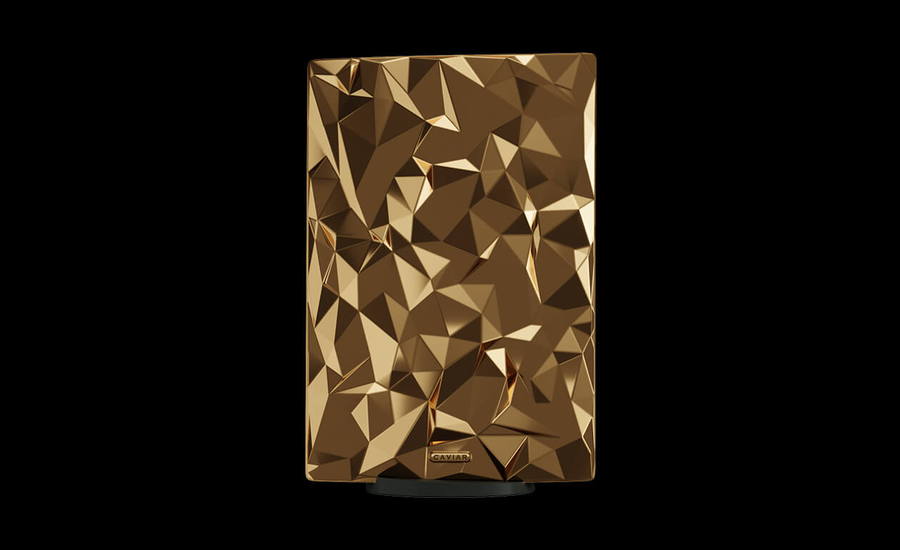 Founded in 2011, Caviar is known for their luxe overhauls of Apple iPhones and Watches, ensconcing them not only in gold but other exotic materials like titanium, black diamond, and even meteorite. Their Caviar iPhone 12 Pro Victory Solid Gold, made from an ingot of 18 karats and a “smattering of diamonds,” is listed for $122,230.

The designers have announced that the PS5 is part of their “Fantastic Four’ collection for this year. The other opulent gold pieces will include a pair of Nike Air Jordans for $15,380, a Samsung S21 for $77,230, and a pair of Airpods Max for $108,000. 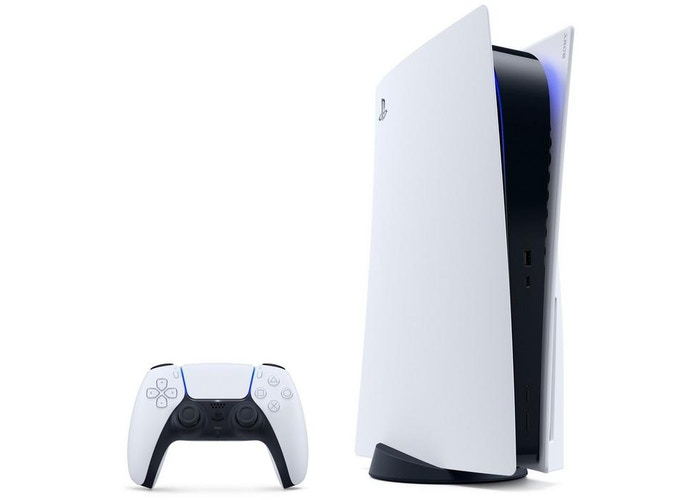 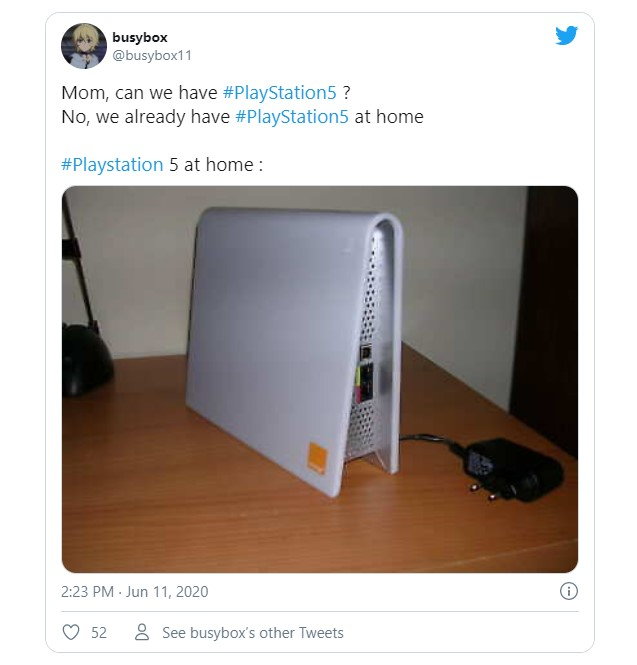 Caviar’s rendering of the PS5 is sure to add a little more controversy to the already mercilessly mocked new style. When the first pictures of Sony’s new black and white iteration were published in June 2020, Twitter exploded with jokes about its resemblance to a Wi-Fi router. Its ridiculed appearance hasn’t stopped it from flying off shelves, though. Since its November 12th release, the PS5 has been selling out, often within minutes of being restocked in stores. In fact, scalpers on eBay have been offering the console for more than 350 percent of the retail value. 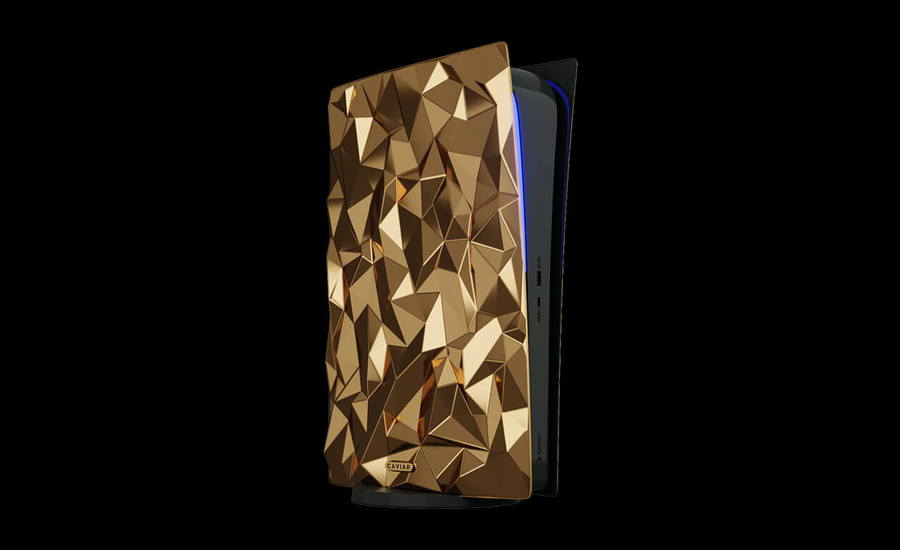 Perhaps Caviar’s Golden Rock case is one (very expensive) way of enjoying the games without having to look at the less-than-stellar original design.