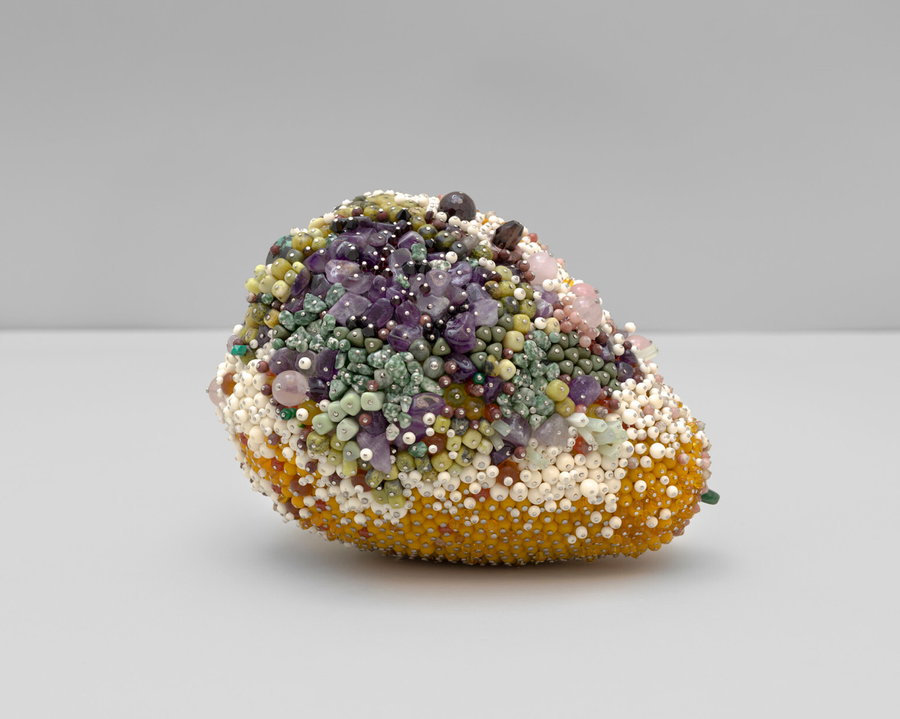 If you’ve ever let a lemon sit out for a little too long, coming back to find it speckled with the blue, green, and white hues of citrus mold, you can probably smell this picture. So sickly-sweet it can be nauseating, moldy fruit isn’t exactly something most of us want to examine too closely.

But with a new series of sculptures, artist Kathleen Ryan is inviting you to do just that. What look (very convincingly) like pieces of fruit gone bad are actually intricately jeweled works of art. Each tiny spore of “mold” is really a bead made of a precious or semi-precious gemstone. 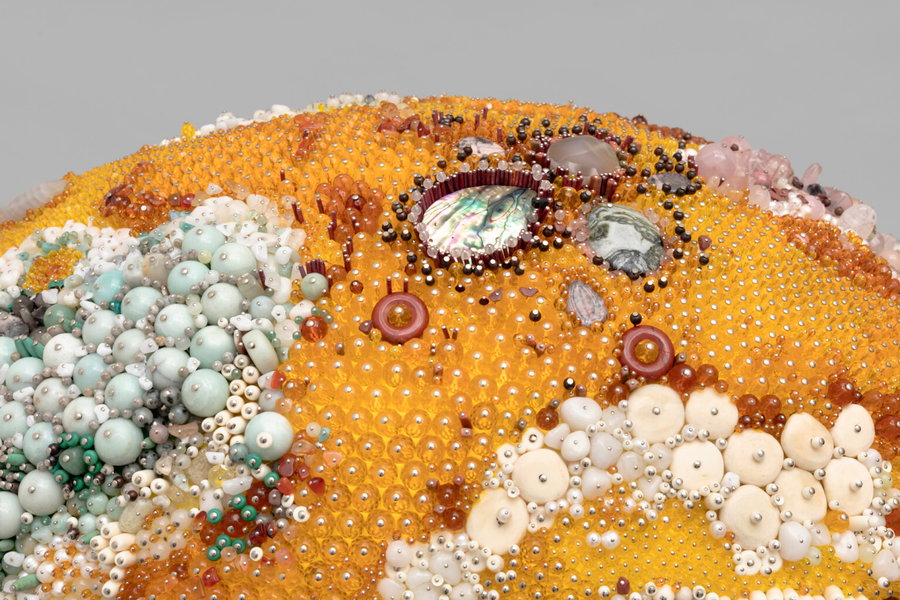 Squint at one of these photos, and it truly looks like decaying fruit. Images that zoom in to show detail give us an idea of why the pieces are so effective; just like real mold, the beads gather into puffy masses resembling uneven patches of fungal growth, with shapes, sizes, and colors varied in a way that’s surprisingly realistic. 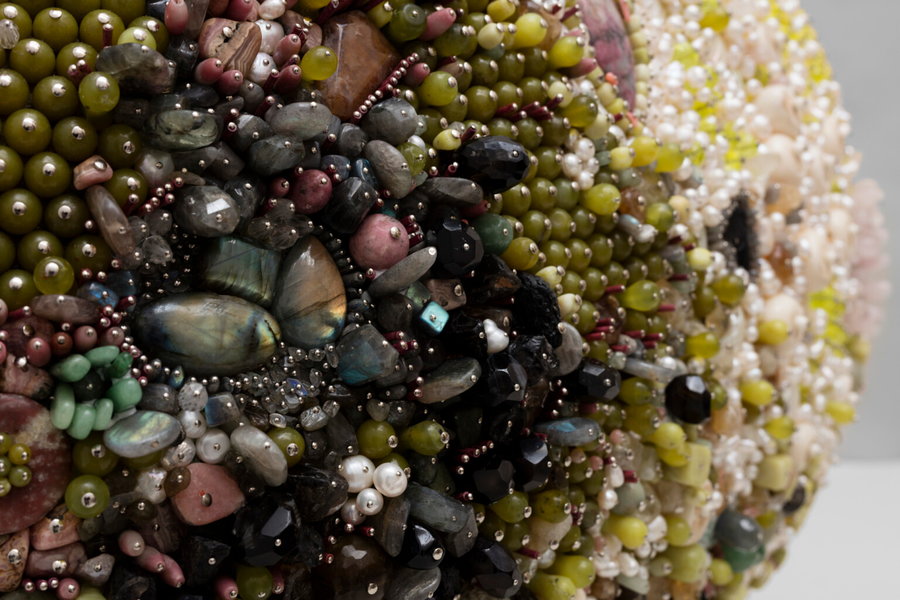 Working out of a studio in Manhattan’s Tribeca neighborhood, Ryan spends up to eight weeks at a time on each individual piece of ornate fruit. They’re larger than they appear in photos, measuring one to three feet in diameter. Gemstones on strings hang from the walls of the workspace alongside Ryan’s other works.

If you find yourself feeling simultaneously fascinated and disgusted by the “Bad Fruit” series, you’re not alone. In fact, that might just be the artist’s intent. “The sculptures are beautiful and pleasurable, but there’s an ugliness and unease that comes with them,” she says in a profile in The New York Times Style Magazine.

Fruit is a common theme in Ryan’s work, be it unappetizingly spiked or delicately caught in the grip of industrial machinery that could easily crush it. Seemingly symbolizing both decadence and femininity, her pieces include a cascade of concrete grapes the size of balloons (“Baccante (Tall White,” 2016) and oranges trapped between two enormous rectilinear stones, forever a millisecond away from becoming a pool of juice and pulp (“Between Two Bodies,” from the series “Weightless Again,” 2017). 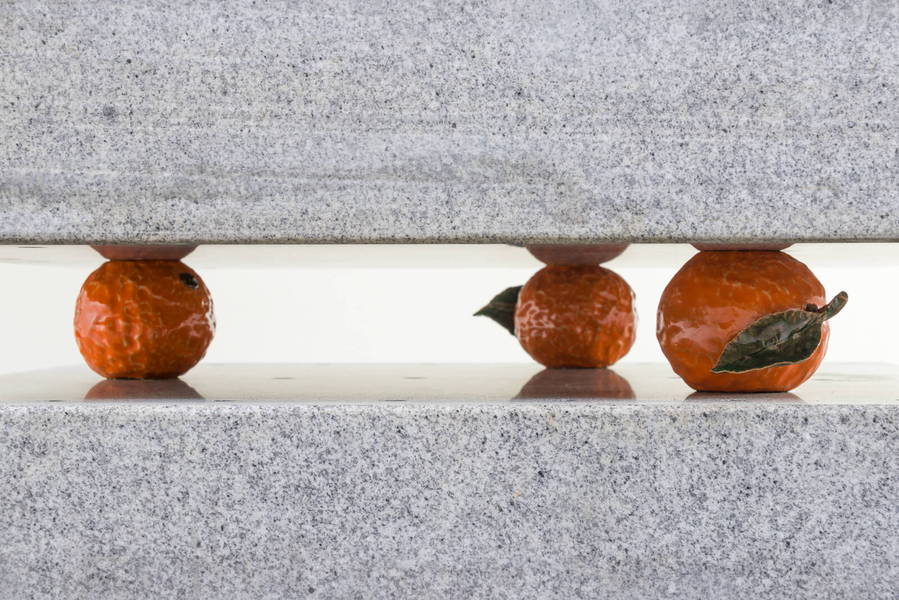 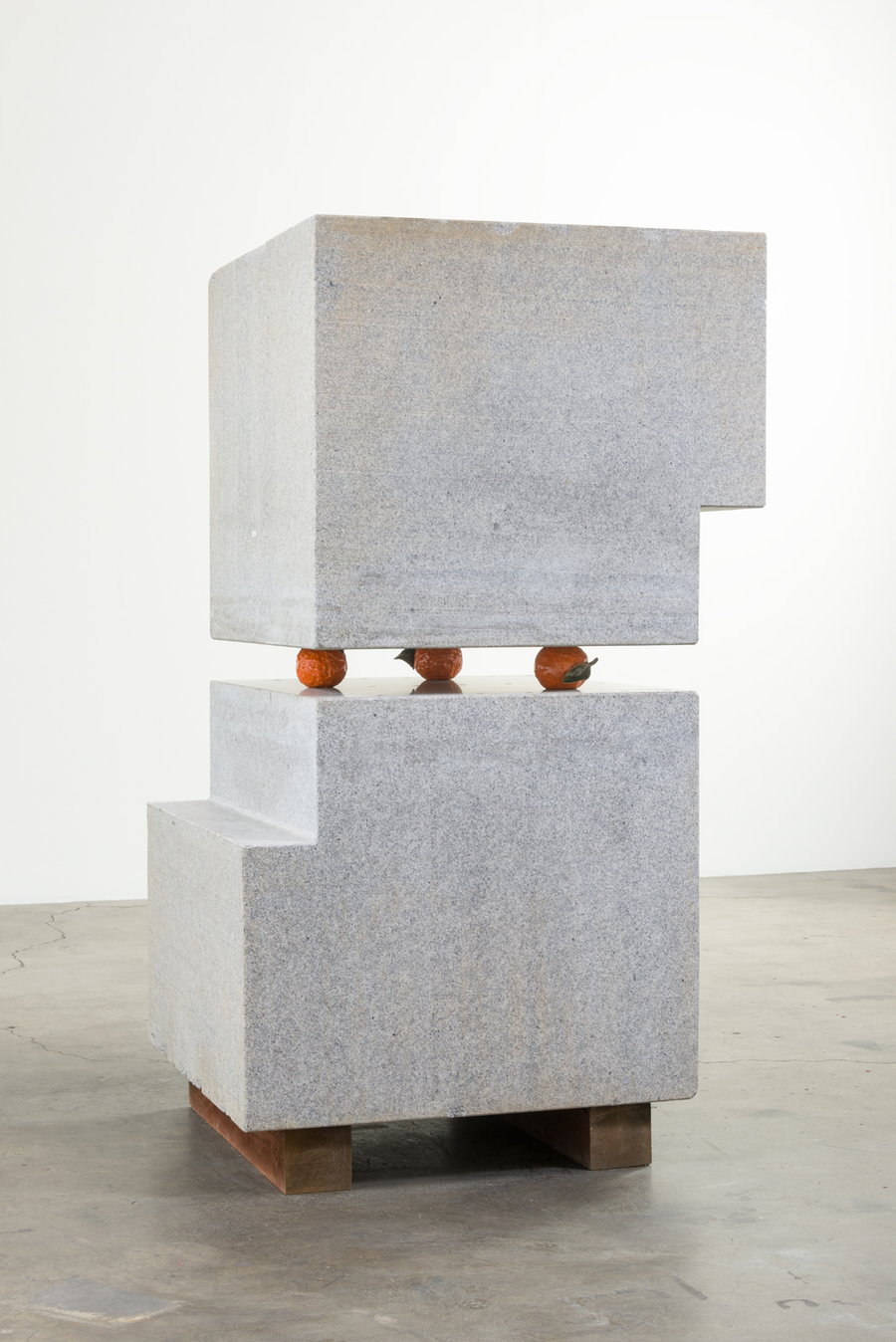 The latter reflects Ryan’s childhood growing up in Santa Monica, California. The oranges represent the shrinking industries that once upheld the state’s economy, while the modernist three-ton granite blocks recall the Brutalist cities that have sprung up around them and crowded them out.

This December, Ryan’s moldy fruit pieces will come together into one big moldy fruit bowl at Art Basel Miami Beach, ultimately to end up in the homes of rich collectors. The artist sees an irony in this fact. 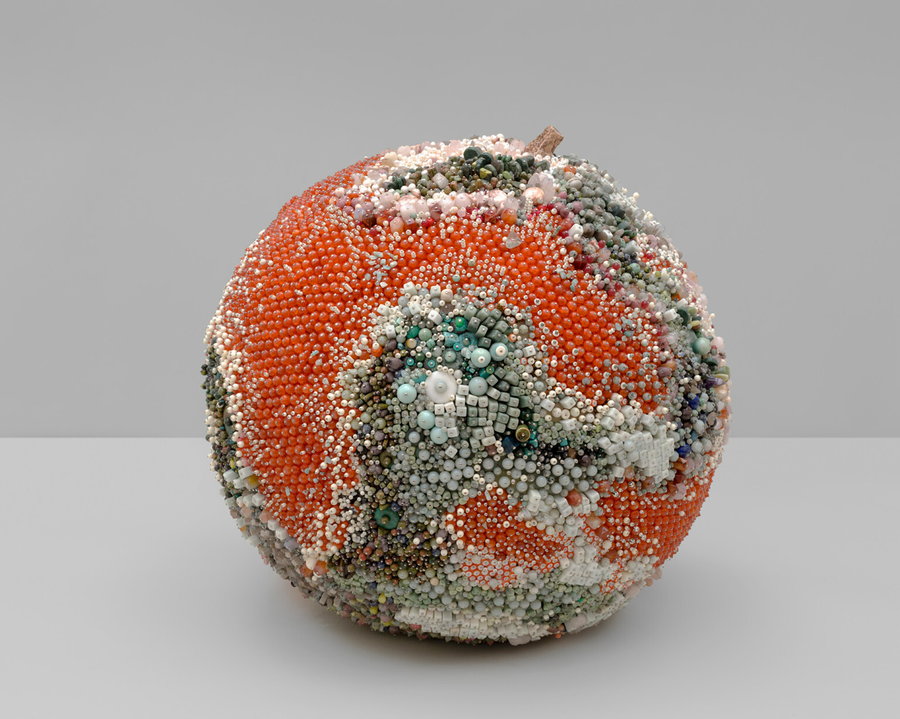 “They’re not just opulent, there’s an inherent sense of decline built into them,” she tells The New York Times, “which is also something that’s happening in the world: the economy is inflating, but so is wealth inequality, all at the expense of the environment.”