Architects and designers adore the iconic: buildings, brands, and products that define a precise moment in history but retain a classic timelessness. Works that embody an ideal and are looked to as a source of inspiration by generations of designers long after their heyday has passed. In some cases, a designer takes it upon themselves to pay homage to these works, as if to thank them for their influence. In her latest series of digital drawings, Spanish illustrator Marta Colmenero recreates some 20th century icons in a celebration of Brutalist architecture. 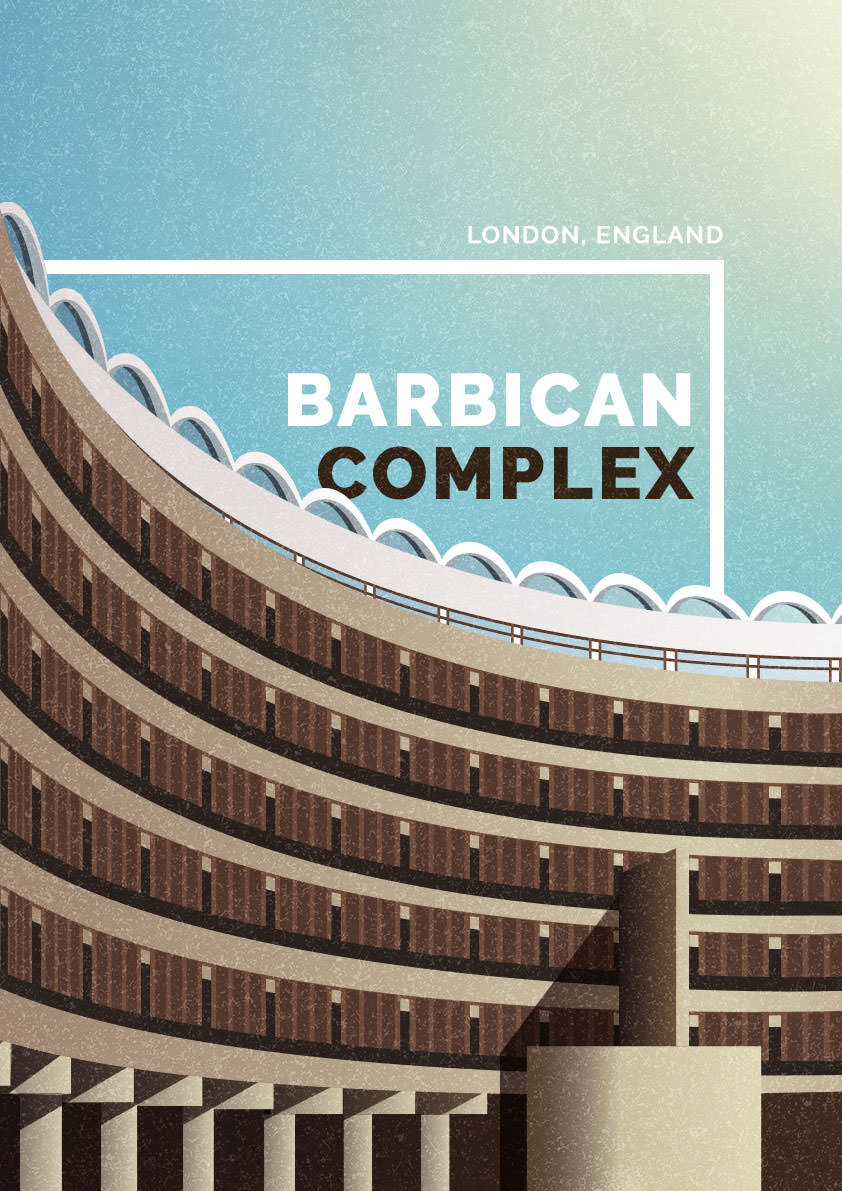 Commissioned by insurance site gocompare.com for its “Concrete Feats” sub-page, Colmenero’s illustrations highlight the size and severity of form expressed by the world’s most famous Brutalist structures. Each of the nine works depicts a building from a low angle and in front of an azure backdrop. The name and location of each building are printed in a bold, sans-serif font along the tops of the drawings. GoCompare has billed the collection “a curation of Brutalist structures from around the world highlighting [a] beautiful movement of architecture.”
London’s famous Barbican complex is perhaps the most recognizable building in the series. Built on a site that was heavily bombed during World War II, the Barbican was designed by renowned architectural firm Chamberlin, Powell, and Bon. Today, the complex hosts various cultural and recreational facilities. Montreal’s Habitat 67, designed by Moshe Safdie, is almost equally popular in the world of architecture. Initially conceived for the Expo 67 World Fair, this housing complex was built by stacking concrete boxes on top of each other in staggered patterns. The intention behind this bizarre design was to allow residents the luxury of private gardens and terraces while living in the heart of a major city. 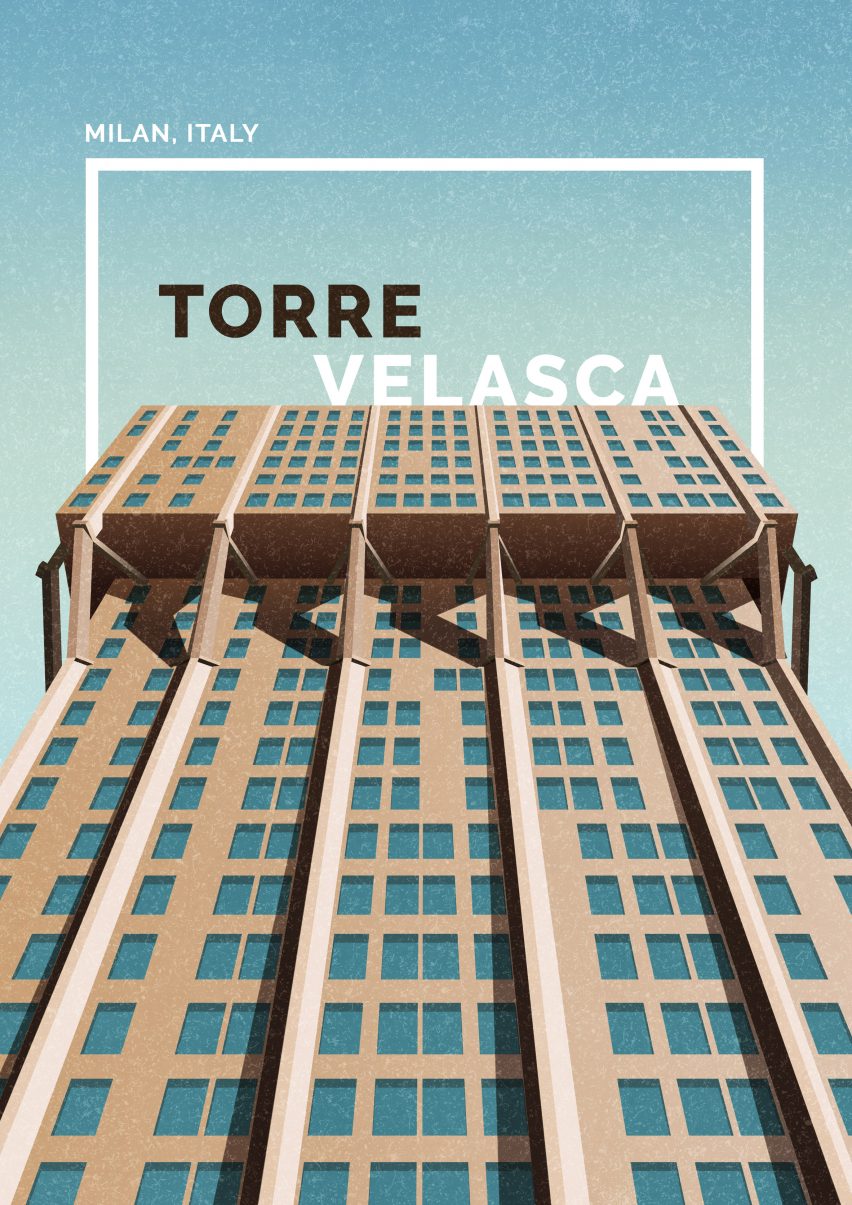 Milan’s imposing Torre Velasca also appears in the selection. The building incorporates elements of 19th-century Italian architecture and Brutalism to create an enormous, top-heavy tower that dominates the Milanese skyline. The tower is now home to retail, office and residential units, and has recently become a popular attraction for locals and tourists alike. Design pioneer Le Corbusier’s Unité d’Habitation, located in Marseille, also makes the list, standing out among its peers for its colorful walls and intimidating facade. Like Habitat 67, “Unité” was built to accommodate both individual and collective needs in a large city, and currently holds housing, medical, leisure, and schooling facilities. Colmenero’s other illustrations feature the Balfron Tower in London, Le Grand Hotel du Lac in Tunisia, De Rotterdam in the Netherlands, the Kurpaty Health Resort in the Ukraine, and the Torres Blancas in Madrid. 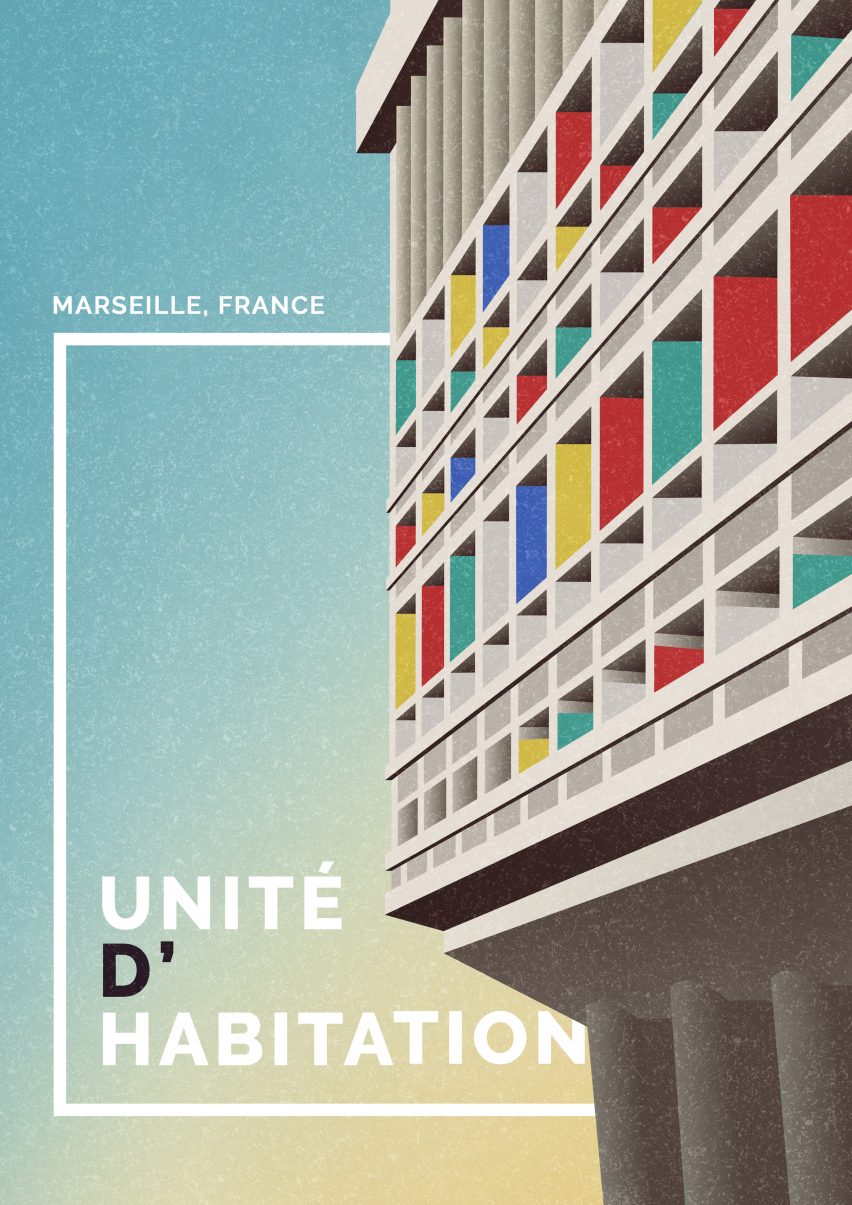 Continue reading below
Our Featured Videos
In recent years, Brutalism has made a comeback. Typically despised by the public but lauded by critics, the movement has always stirred its fair share of controversy. However, the increasing popularity of photo applications like Instagram has turned these concrete monoliths into the perfect post subjects and has returned them to the public eye in a more positive light. Contemporary articles have gone as far as naming Brutalist architecture the new champion of the built environment.