Three years later than expected, the first production versions of Tesla’s Semi trucks were finally delivered to customers during an event at the carmaker’s Gigafactory in Sparks, Nevada on December 2nd. CEO Elon Musk personally drove one of the five trucks out in front of the crowd before a brief speech. 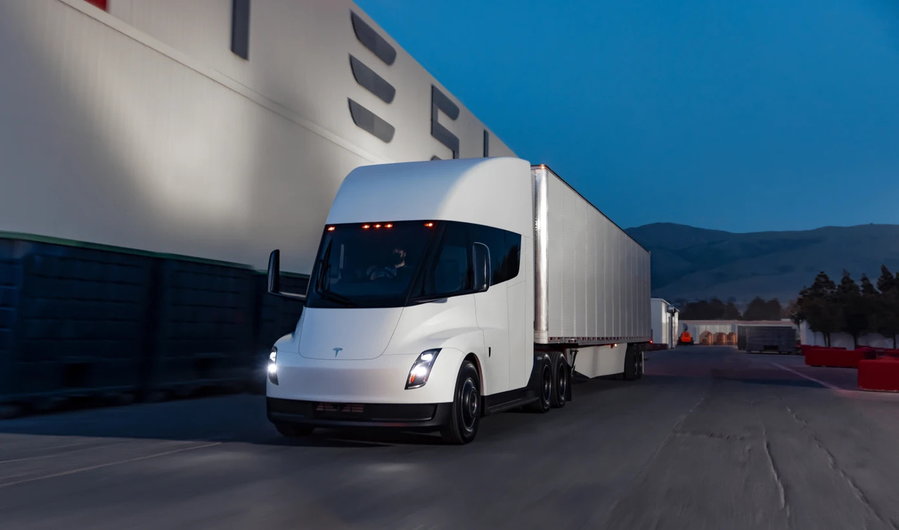 Standing between the Semis wrapped in Pepsi and FritoLay branding, Musk spoke about the need to reduce carbon emissions before pivoting to talking up the selling points of the trucks. “It looks sick,” Musk said, gesturing at one of the vehicles. “You want to drive that. I mean, that thing looks like it came from the future.” 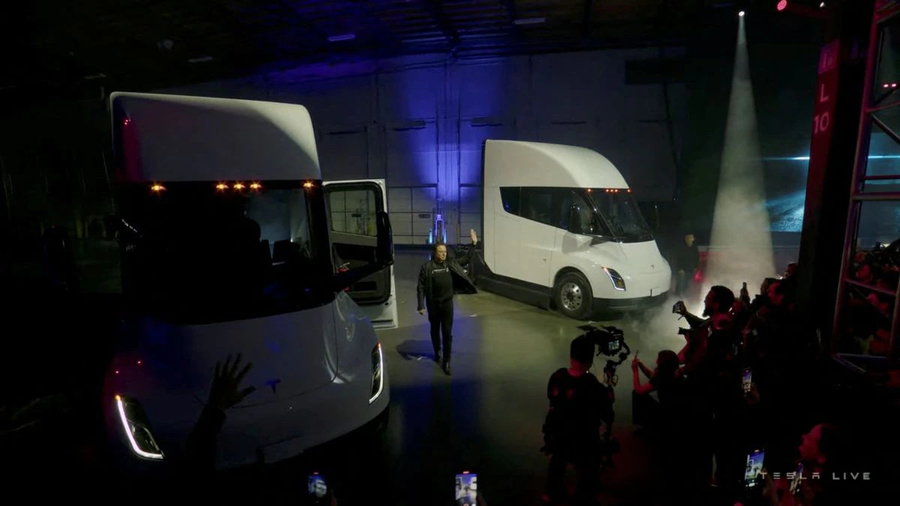 The first delivery of Tesla Semis went to PepsiCo, which placed an order for 100 trucks back in December 2017. Other customers waiting for deliveries include companies like Walmart, UPS, FedEx, and Anheuser-Busch, most of which placed orders numbering in the dozens. PepsiCo plans to use at least 15 of the Semis to achieve zero-emissions status at its Modesto, California Frito-Lay facility.

Some Promises Kept, Others in Question

Musk originally unveiled the Tesla Semi electric Class 8 truck prototype in 2017, with plans to start production in 2019. Then came delay after delay. After a couple years of prototyping, finalizing the design, and road testing the truck, Tesla faced pandemic-related supply chain challenges and a shortage of battery cells. 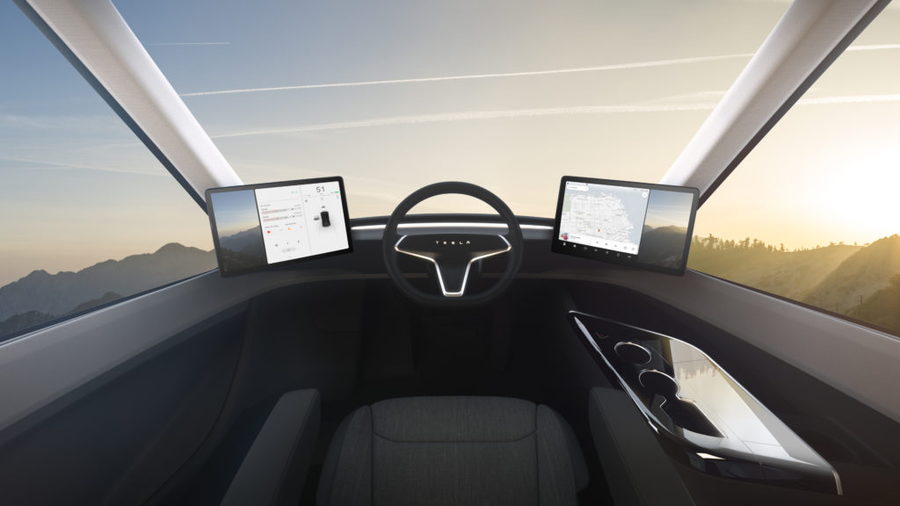 In 2017, Musk said the Tesla Semi would run on Autopilot, the automaker’s advanced driver assistance system, but made no mention of it at the recent delivery event. It appears that prices will also rise sharply from Musk’s 2017 estimates of $150,000 for the 300-mile range version and $180,000 for the 500-mile version.

But many of the other specs have remained the same, including a tri-motor system that allows the truck to easily cruise by conventional gas-powered trucks pulling the same load. The Semis will still be charged with a “megawatt class charger” and consume less than 2 kWh per mile. The trucks also deliver three times the power of any diesel truck currently available and feature regenerative braking, meaning the brakes deliver power to the battery when drivers stop pressing the accelerator. 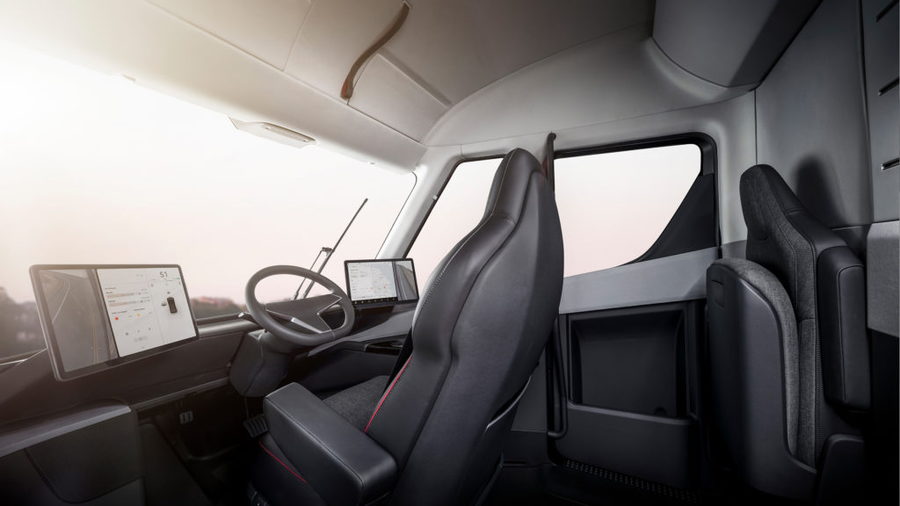 The Gigafactory reveal event came after Tesla completed a 500-mile test trip of one of its Semi trucks fully loaded with 81,000 pounds of cargo. The trip began at Tesla’s factory in Fremont, California and ended in San Diego without needing to recharge the battery.

Will the Tesla Semi Ever Actually Take Off?

Tesla’s all-electric Semi trucks could dramatically change long-haul trucking. Current diesel-powered trucks in the same category represent one percent of U.S. vehicle sales, but 20 percent of overall vehicle emissions. If they are, in fact, equipped with Tesla’s semi-autonomous Autopilot system, they could reduce demand for drivers and help prevent accidents that occur when drivers are tired or distracted. The system uses sensors and cameras to provide data on the surroundings to the truck’s onboard computer, alerting the driver to potential collisions and applying the brakes automatically in emergencies.

Self-driving functionality is still probably quite a few years from becoming reality, with potential job losses yet to be determined. In the meantime, drivers will have to get used to a very different user experience than what they’re used to, especially inside the cab. Polish truck driver Tomasz Orynski went viral on Twitter after pointing out impractical design choices that make the Semi “a completely stupid vehicle,” including a central seating position that makes it hard to see oncoming traffic or access the window without getting up.

Among other things, the doors are positioned in the rear of the cab, so there’s no longer room for a mattress. The position of the touchscreens replacing physical buttons and levers also makes them hard to reach while keeping eyes on the road.

Meanwhile, it’s hard not to wonder whether Musk’s misadventures at Twitter will affect Tesla. Recent media coverage suggests that all of Musk’s conspiracy theories, transphobic jokes, erratic behavior, and right-wing political comments could harm Tesla by association. Company stocks continue to nosedive, and investors are increasingly furious with Musk over his preoccupation with the social media platform, according to The Wall Street Journal. 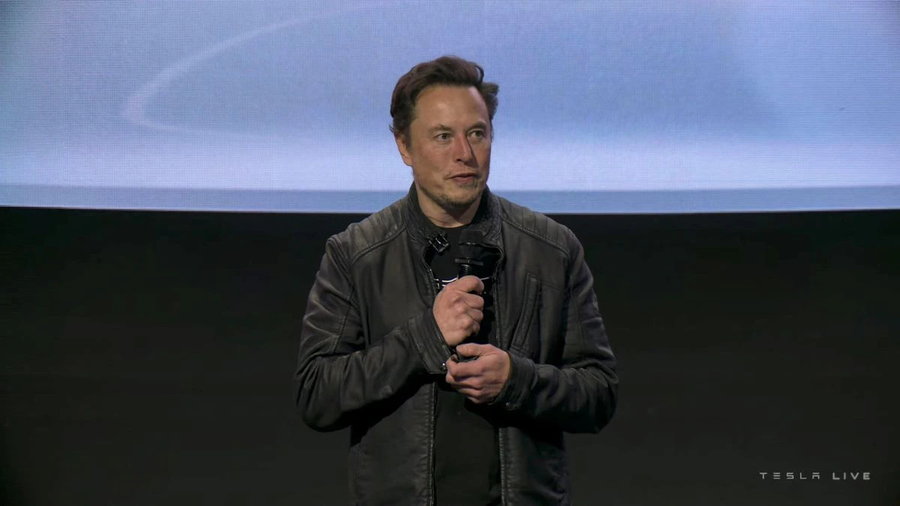 “The market voted today that the $TSLA brand has been negatively impacted by the Twitter drama,” tweeted Gary Black, a hedge fund manager who owns about $50 million in Tesla stock. “Where before EV buyers were proud to drive their Teslas to their friends or show off Teslas in their driveways, now the Twitter controversy is hurting Tesla’s brand equity.”