At Tesla’s “Semi” unveiling in November of 2017, CEO Elon Musk released a rendering of the company’s electric pick-up. The image depicted a muscular truck carrying a Ford F-150 on its back. It was certainly an arresting image — one that seemed part fantasy, part jab at Ford and their profit-carrying truck. One article even said that the announcement felt like a joke, but that releasing the image of what an electric pick-up could look like was a step in the right direction for Tesla.
Shock, awe, and ridicule aside, Musk was serious. According to him, it really will be “a pick-up truck that can carry a pick-up truck.” As he stated in the 2016 master plan, it will be “a new kind of pick-up truck.”
In the last 35 years, no vehicle has been sold more in the U.S. than the Ford F-150. If Tesla plans to dethrone it, they’ll have to produce a vehicle that offers us all that Ford’s does and then some.
Musk has been ruminating on the truck’s design and engineering components for about five years now and proclaims that it will have a “game-changing” feature. The ability to use surplus electricity to charge tools would indeed be a pragmatic game-changer.
Those worried about the company’s problematic production history will be happy to hear that Tesla is not developing its pick-up truck from scratch. It’s simply taking the specifications of the Tesla Semi and minimizing them for the new concept. The company used a similar development strategy when working on the Model 3 car and the Model Y SUV, using some components from the former to design the latter. Judging by the specs of the Semi, which has a range of 500 miles per charge and can accelerate from 0 to 60 mph in just five seconds with nothing in tow, we have an idea of what to expect from the pick-up. Tesla hopes that the average person will be able to operate it, but that seems unlikely given the licensing requirements for vehicles that large in most jurisdictions. 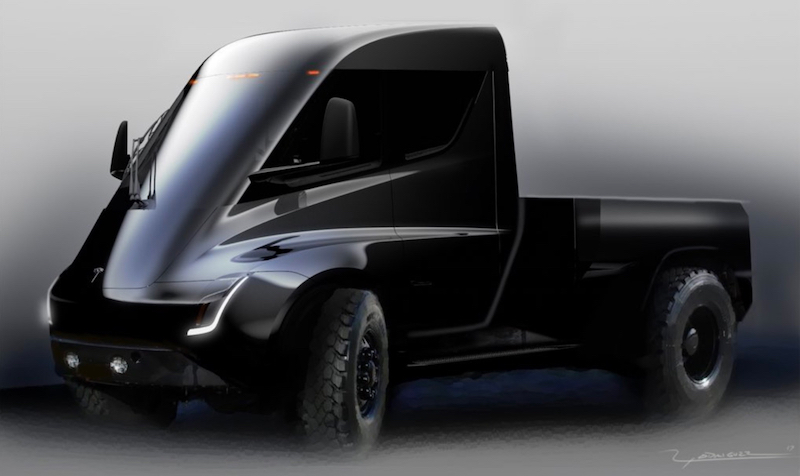 The electric pick-up is expected to be rolled out after production of the Model 3 and development of the Model Y have ended. It should be revealed to the public sometime between October 2018 and April 2019, with production starting no later than 2021. However, with a smaller-than-expected scope of delivery for the Model 3, projected dates and figures are just guesses at this point.
What Tesla must remember is that competition in the pick-up truck arena is coming soon, especially when it comes to electric models.
In the Spring of 2017, Workhorse Group unveiled their W-15 electric pick-up truck, which the company hopes will be driven by fleet operators as early as 2018. The W-15 takes 5.5 seconds to go from 0 to 60 mph but only has a range of 80 miles, and its electricity is generated by a three-cylinder engine. Despite these limitations, several energy authorities in the U.S. have already expressed interest working the W-15 into their fleets. 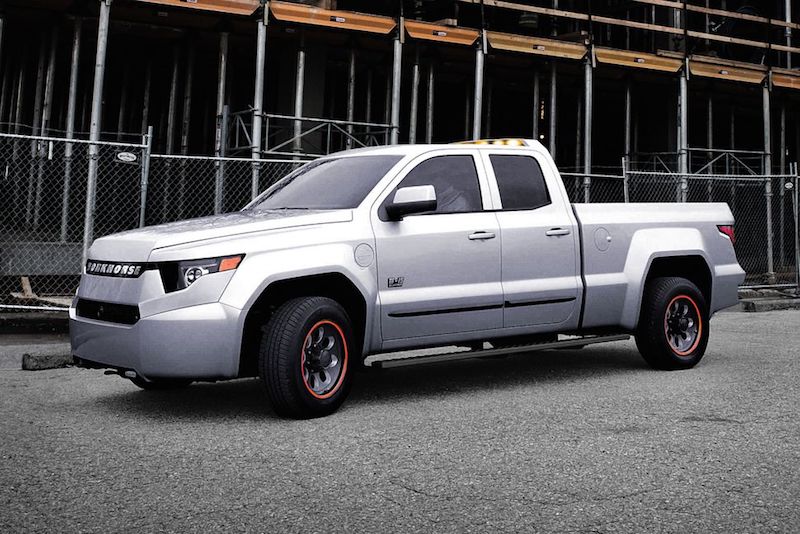 Continue reading below
Our Featured Videos
Ford, committed to maintaining its supremacy, has their hybrid F-150 scheduled for release in 2020. By then, we’ll be able to see if Tesla will truly carry the F-150 in its back pocket — or if Musk’s ruminations were nothing but a dream.