Can Mars be made habitable in our lifetime? 55 years after humanity captured its first close-up images of the red planet, we still don’t really know. Teams of scientists and engineers spend countless hours evaluating advanced technology to see if it can really be used to create regions with Earth-like temperatures and liquid water on the surface. Elon Musk, founder of Tesla and SpaceX, even believes that humans must prioritize colonization of Mars in order to survive. 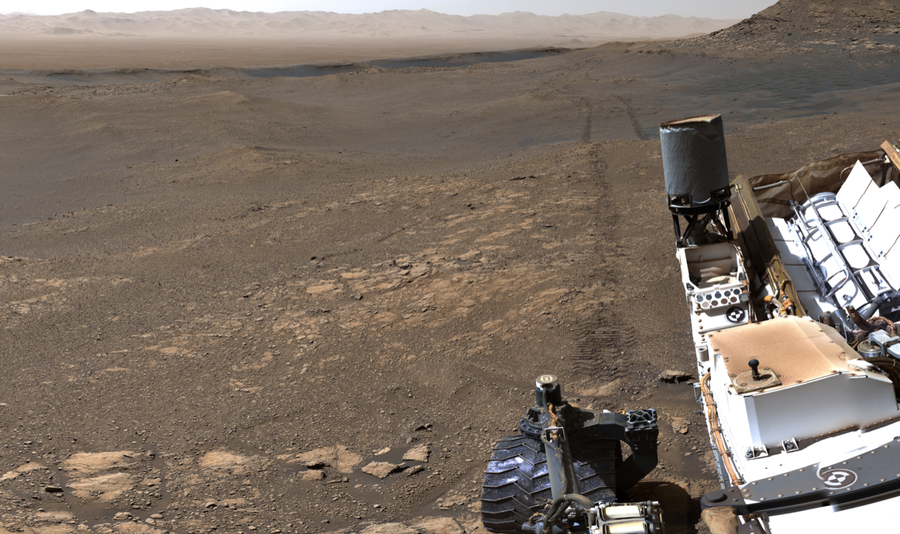 In times of pestilence and climate change, that’s not too hard to believe. But to most of us, Mars doesn’t exactly look welcoming. It’s hard to imagine transforming the alien landscape into a place anyone would want to be for more than a few hours, let alone an entire lifetime. Seriously, how closely have you ever looked at the rocky surface of this planet, which has almost no readily available oxygen and an average temperature of -81 degrees Fahrenheit (or -63 degrees Celsius)?

If you’re curious, NASA has just made it a lot easier to explore from the comfort of your own living room. The Mars Exploration Program just released an incredible 1.8-billion-pixel panorama captured by the Curiosity Rover, and you can use the controls to pan the image or zoom in and out. You can also download the images in full for an even closer look.

The NASA website explains that “NASA’s Curiosity rover captured its highest-resolution panorama yet of the Martian surface between November 24th and December 1st, 2019. A version without the rover contains nearly 1.8 billion pixels; a version with the rover contains nearly 650 million pixels. Both versions are composed of more than 1,000 images that were carefully assembled over the following months.”

“The rover’s Mast Camera, or Mastcam, used its telephoto lens to produce the panorama and relied on its medium-angle lens to produce a lower-resolution panorama that includes the rover’s deck and robotic arm. Malin Space Science Systems in San Diego built and operates Mastcam. A division of Caltech, NASA’s Jet Propulsion Laboratory manages the Mars Science Laboratory mission for the agency’s Science Mission Directorate in Washington and built the Curiosity rover.” 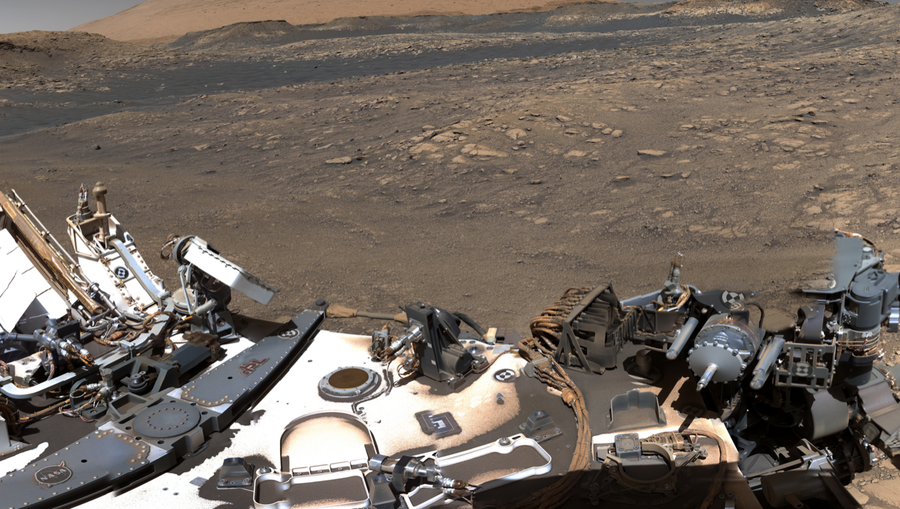 They add that “NASA’s Curiosity Mars rover recently set a record for the steepest terrain it’s ever climbed, cresting the ‘Greenheugh Pediment,’ a broad sheet of rock that sits atop a hill. And before doing that, the rover took a selfie, capturing the scene just below Greenheugh.”

“In front of the rover is a hole it drilled while sampling a bedrock target called ‘Hutton.’ The entire selfie is a 360-degree panorama stitched together from 86 images relayed to Earth. The selfie captures the rover about 11 feet (3.4 meters) below the point where it climbed onto the crumbling pediment.” 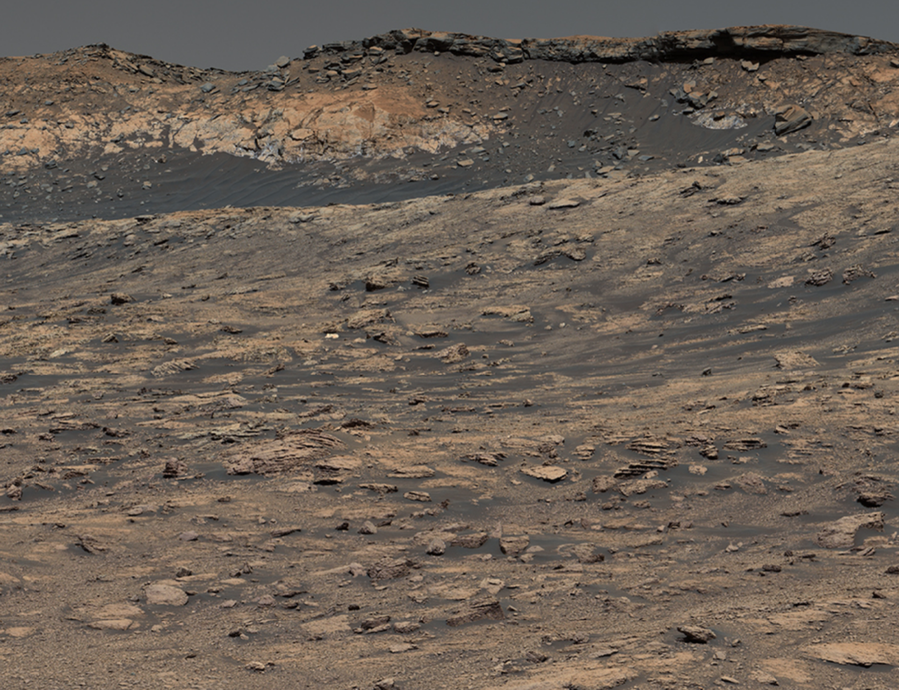 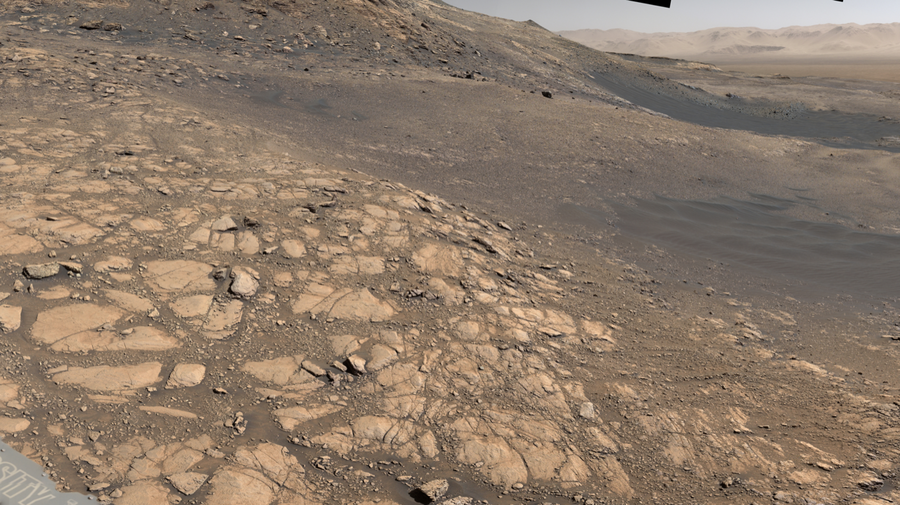 NASA’s Mars Exploration Program website also offers a dashboard giving us up-to-the-minute updates on the planet’s weather, distance from the sun, other recent images and findings. You can also use it to read about the formation and early evolution of Mars as a planet, how it was shaped through time, whether it might have hosted life sometime in the distant past, and its potential for future exploration by humans.

The Mars 2020 rover is still set to launch this summer, collecting documented rock and soil samples that NASA hopes to return to Earth for study. The mission will also help us understand more about the planet’s environment, like winds, radiation, and dust. Other countries and private companies are sending spacecraft there, too, including the European Space Agency, a Japanese orbiter, and a SpaceX capsule. 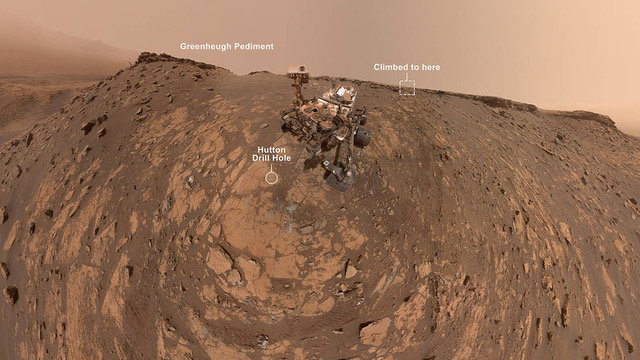 Wondering what human habitation on Mars might look like? Check out MARSHA by AI Space Factory, the futuristic complex of egg-shaped buildings that won NASA’s most recent 3D printed habitat challenge.