Business tycoon, inventor, and original thinker Elon Musk recently unveiled the design for the new space suits to be produced for SpaceX, his space exploration technology company. The suit has a pared back, minimal design and looks much like you would imagine a space suit to look in its simplest form, free from all the practical accessories a typical space suit would have. The suit is pure white with patches of gray and boasts gray detailing and piping along its seams. An American flag patch is visible on the outfit’s upper arm. In a photo posted on Musk’s Instagram account, the suit is being worn with a white helmet, which in turn is fronted with a darkened glass visor and attached to the suit with a grey neckpiece, presumably creating an airtight seal. 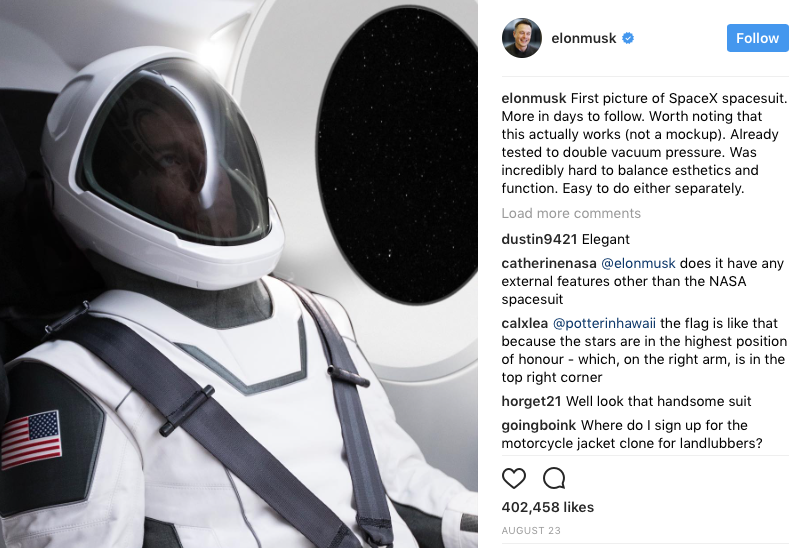 The SpaceX suit is intended to clothe travelers on SpaceX’s “Dragon” capsule, a private and commercial free-flying spacecraft that brings cargo to and from the International Space Station. Although this is the purpose that Dragon currently serves (it made history for being the first commercial spacecraft to do so), its ultimate goal is to bring humans into space, and this new suit is exactly what those humans would be wearing on their journey.

The picture on Musk’s Instagram account is not a fully-functional version of the suit, but merely a working prototype. The caption of the photo reads, “First picture of SpaceX spacesuit. More in days to follow. Worth noting that this actually works (not a mockup). Already tested to double vacuum pressure. Was incredibly hard to balance esthetics and function. Easy to do either separately.” The pressurized suit isn’t intended to be worn by astronauts performing tasks outside the capsule’s carefully-controlled environment, so it couldn’t be worn during “spacewalks.” However, it can and should be worn inside the capsule. 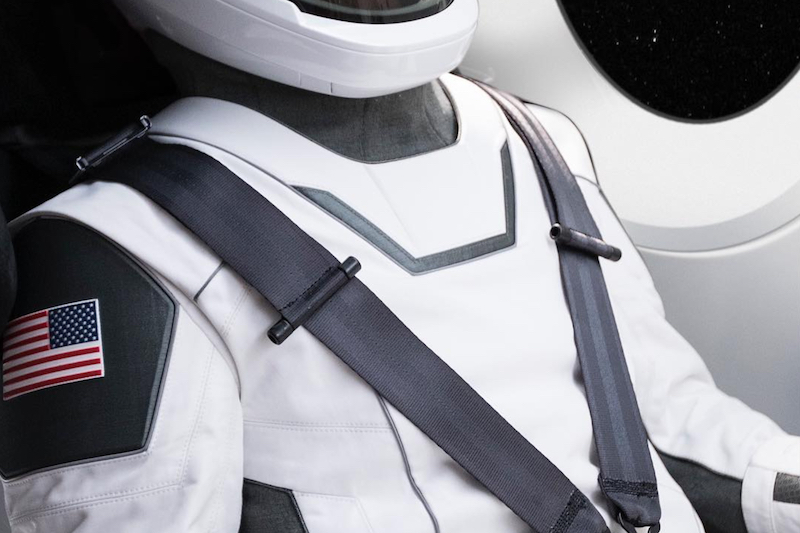 Musk founded SpaceX in 2002 in hopes of enabling human beings to occupy and colonize Mars, his thinking being that our extinction on Earth is a potential inevitability and that we will need somewhere to go in the event that we can’t live on the Blue Planet any longer. Naturally, the next step is to seek out other planets to inhabit, and since evidence of water was found on Mars back in 2012, the Red Planet seems like the most likely candidate for habitation. 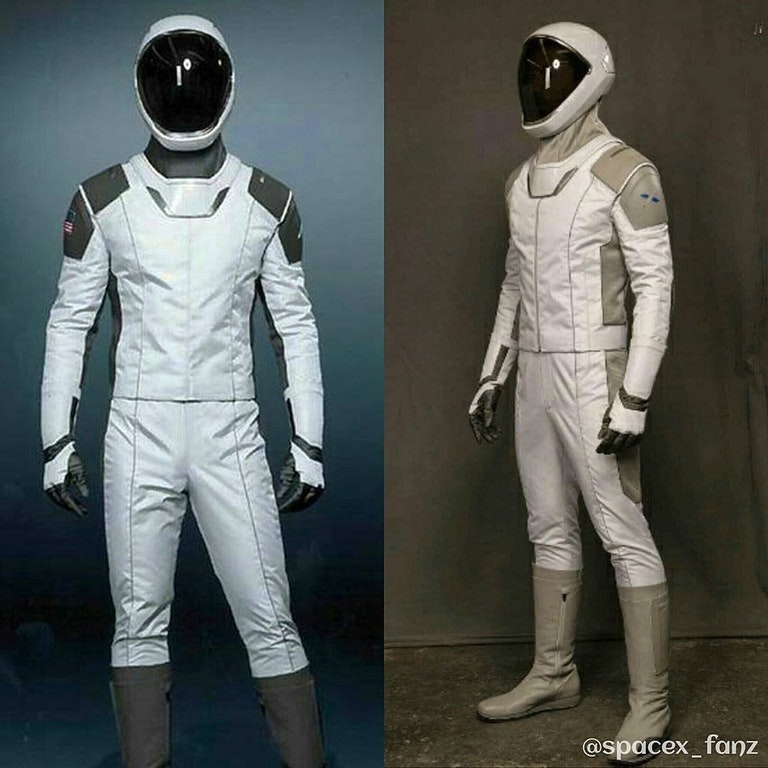 Continue reading below
Our Featured Videos
Dragon is still being refined to take people into space, but it’s estimated that its first manned test flight will happen as early as 2018, and two passengers have already signed up for a flight in the capsule that will orbit the moon. Designs by competing companies contrast considerably with Musk’s big reveal, such as a bulky blue space suit by Boeing that seems like it would look right at home in an 80s sci-fi movie. On the other hand, the SpaceX design, which was conceived of by Clément Balavoine, seems much more modern, especially since its equipped with a slew of ergonomic functions and would be tailored to fit any traveler who comes aboard a SpaceX vessel, as the suit molds to each body and protects the skeleton, which can be severely impacted by the microgravity atmosphere in space.