If humans really do colonize Mars, what will their houses look like? The entries to NASA’s long-running 3D-Printed Habitat Challenge give us plenty of ideas to work with, including the ultimate winner, MARSHA by AI SpaceFactory.

The MARSHA habitat considers things like the unique atmospheric conditions in Mars and the needs of potential human residents in an alien environment located 54.6 million kilometers from Earth, where there isn’t exactly easy access to common construction materials. As AI SpaceFactory notes, buildings on Mars would also be machines residents would depend on to stay alive, and they’d have to support social and mental health, to boot.

These 3D-printed structures are made in-situ using Mars rock. Space agencies and companies plan to send machines in advance of human crews to harvest and process the raw materials. MARSHA’s creators formulated a mixture of basalt fiber extracted from Martian rock and renewable bioplastic processed from plants grown on Mars to create a recyclable polymer composite that’s two to three times stronger than concrete when compressed.

The AISpaceFactory team explains that “MARSHA is a first principles rethinking of what a Martian habitat could be — not another low-lying dome or confined, half-buried structure but a bright, multi-level, corridor-free home that stands upright on the surface of Mars. Where structures on Earth are designed primarily for gravity and wind, Martian conditions require a structure optimized to handle internal atmospheric pressure and thermal stresses.”

“MARSHA’s unique vertically-oriented, egg-like shape maintains a small footprint, minimizing mechanical stresses at the base and top, which increase with diameter. Standing tall on the surface grants the human crew a superior vantage point to observe a dynamic landscape with weather patterns, clouds, and shifting hues — their new home and object of study both. The tall, narrow structure reduces the need for a construction machine to continuously rove on the surface, reducing risk and increasing speed and accuracy.” 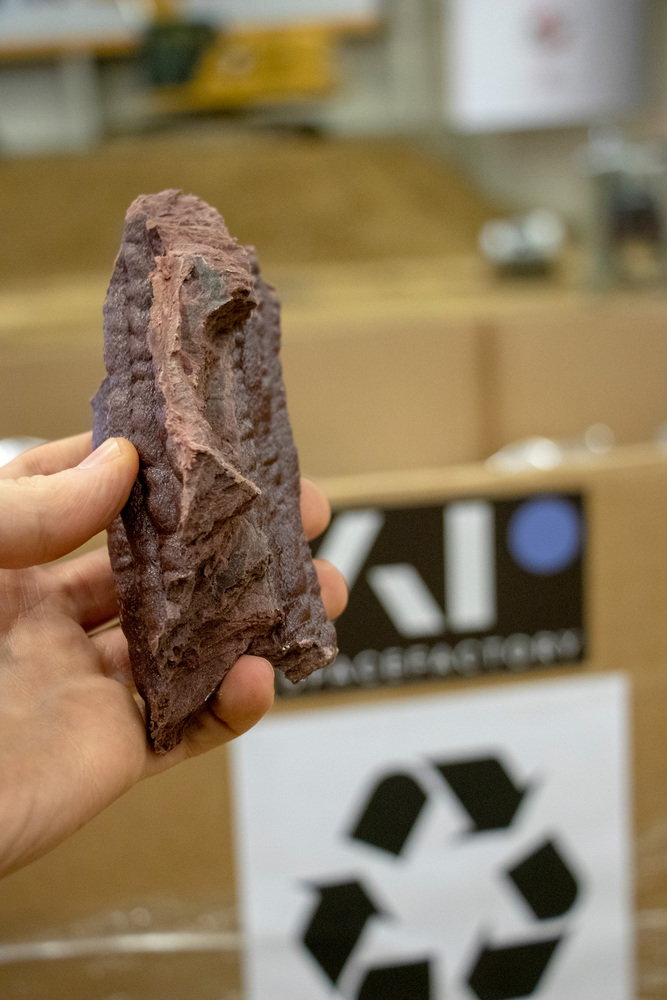 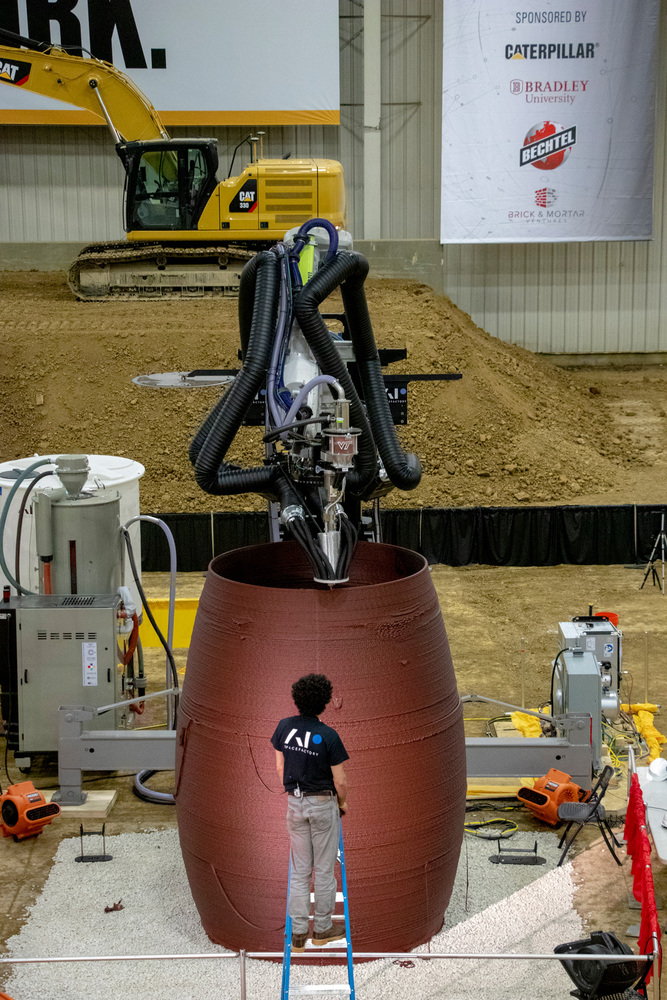 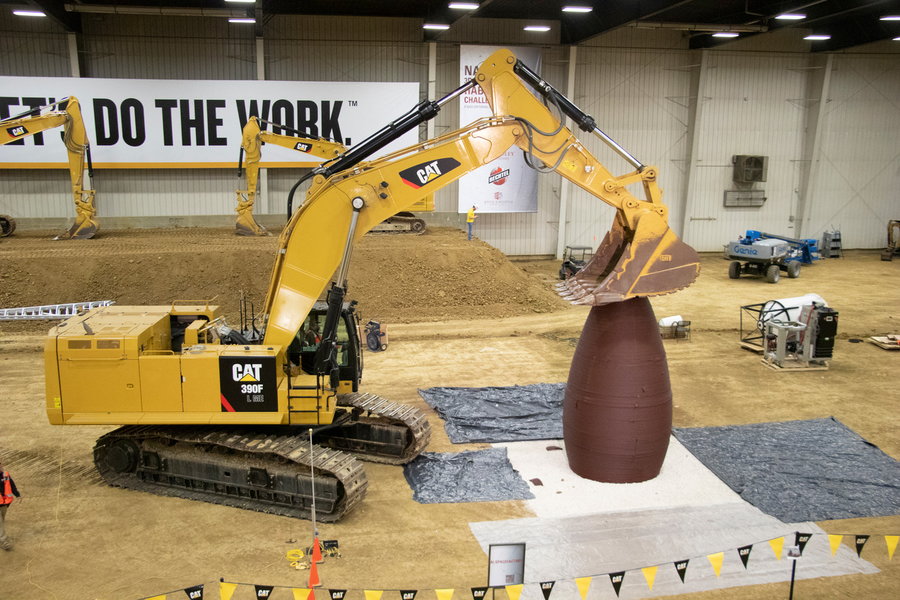 “MARSHA employs a unique dual-shell scheme to isolate the habitable spaces from the structural stresses brought on by Mars’s extreme temperature swings. This separation makes the interior environment unbeholden to the conservativism required of the outer shell, which retains its simple and effective form. As a result, the interior is free to be designed in the sense we take for granted on Earth — around human needs.”

To make crews comfortable, the MARSHA pods feature functional areas spread over four dynamic levels, with lots of opportunities to walk around, stretch, and climb stairs. Each level also has at least one window, and indirect natural light enters from a large water-filled skylight above to keep the crew safe from harmful solar and cosmic radiation. Circadian lighting that mimics sunlight on Earth helps keep their bodies in a healthy rhythm. 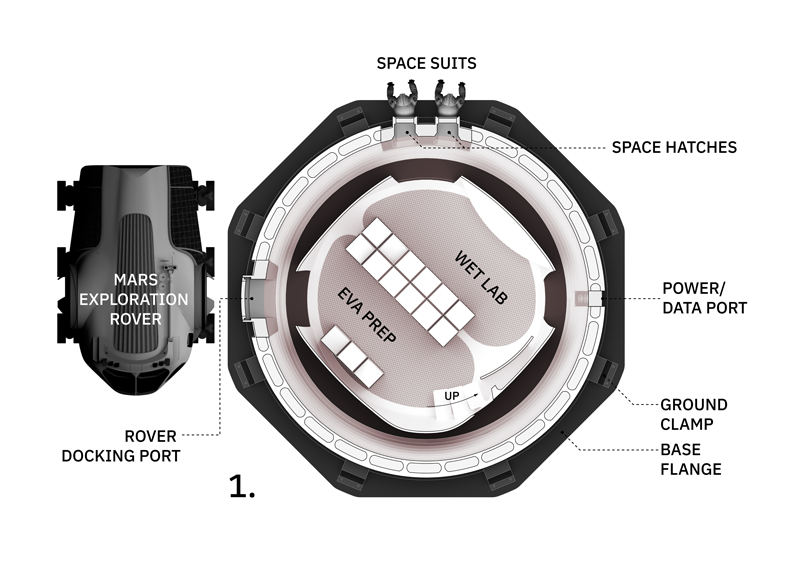 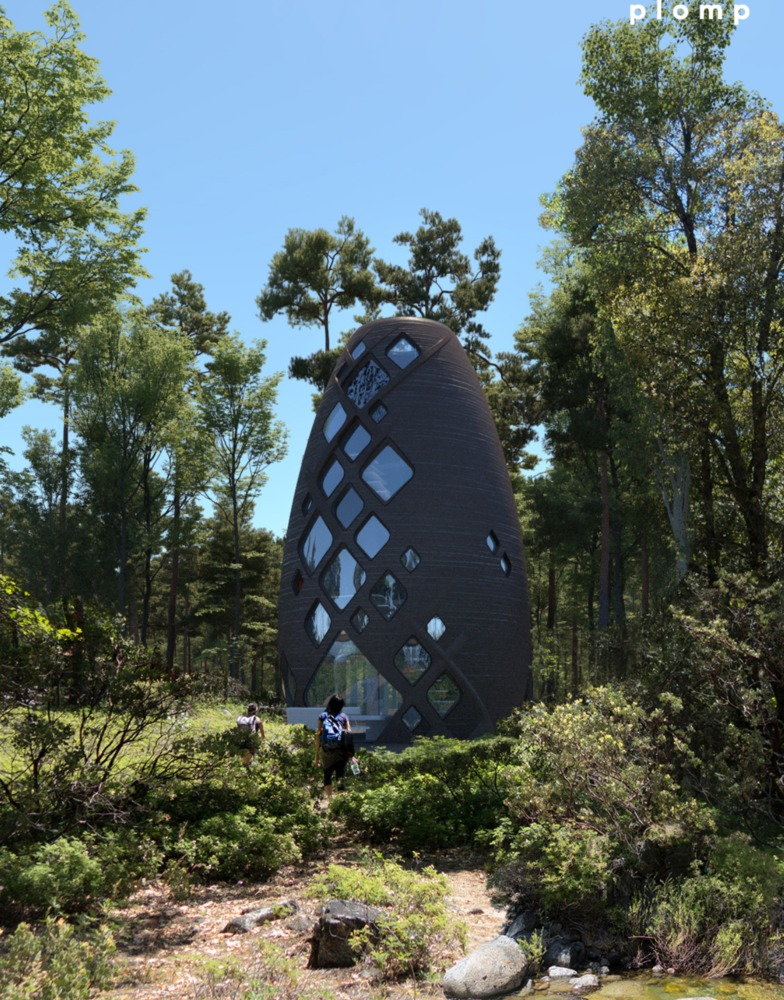 NASA’s 3D-Printed Habitat Challenge has been going on for a few years now, narrowing down 60 initial teams to three for the final test. While the early phases involved submitting plans to build the habitats, the face-off in March 2019 had the two final teams building their structures (on Earth, naturally) in 30 hours. After printing, the buildings were evaluated for durability, leakage, and strength.

AI SpaceFactory built their MARSHA habitat as a 15-foot pod, which is just one-third the ultimate size that would be built on Mars. The team won a $500,000 prize for their model. Pennsylvania State University of University Park came in second place, winning $200,000. 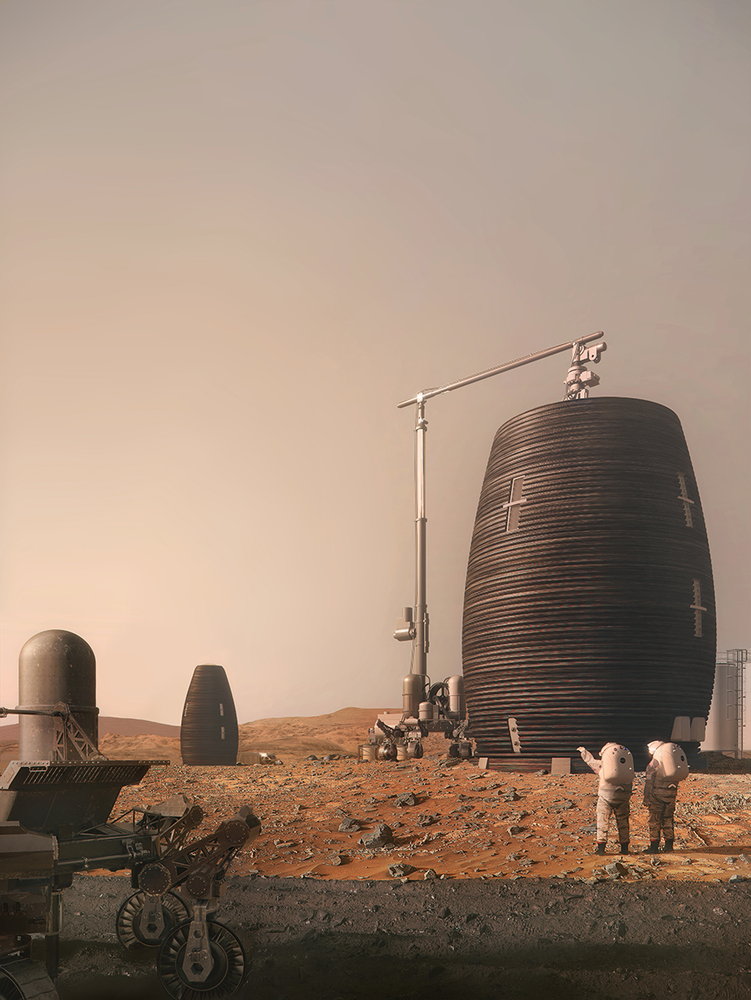 Just how soon could we see Mars habitation? NASA is hoping to make it happen by the 2030s, though independent companies like SpaceX have suggested it could happen as soon as the next decade.