The wood finishing technique known as shou sugi ban has caught on like wildfire in recent years, popping up in all kinds of architectural projects where a deep, dramatic hue is desired. It refers to an intentional charred finish that creates a thin layer of ultra-hard carbon on the wood surface, which protects the interior wood from moisture, UV rays, and insects much like a stain or sealant. There are many different techniques used to create it. While the traditional method involves propping the wood up into a prism shape and lighting a fire in the center, many modern interpretations use torches instead. The Origins of Shou Sugi Ban

This wood finishing technique originated in Japan, but the popular interpretation of the phrase has gotten a few things wrong. “Shou sugi ban” is technically a misreading of Japanese characters that actually say “yakisugi,” so you might see either term used on the internet. Roughly translated, it means “burning cedar board.” As the name suggests, it’s traditionally only used for Japanese cedar, which has a naturally high resistance to rot, mold, and bugs. 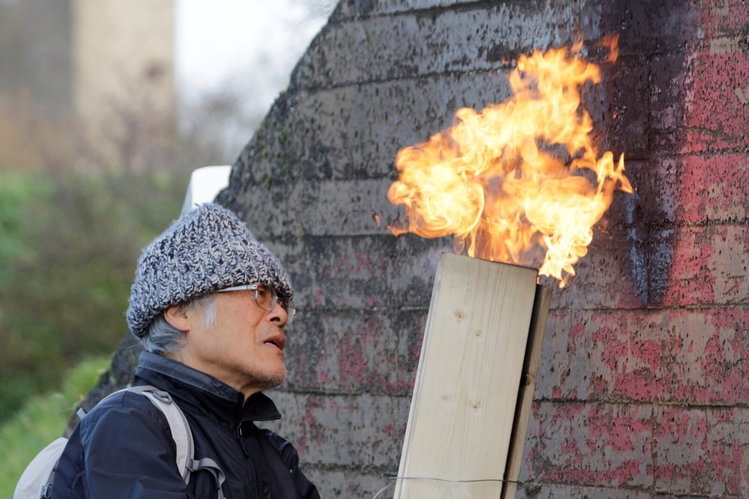 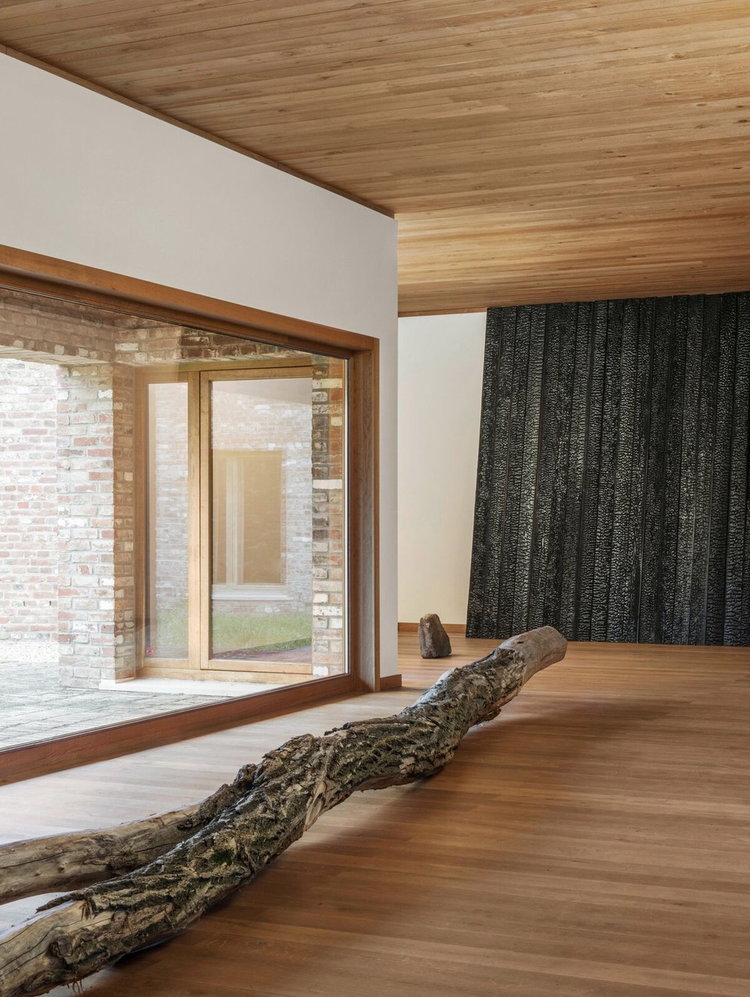 Contemporary usage has expanded the technique to other types of wood, which technically makes it something other than yakisugi — but the benefits and effects are similar. Light, porous softwoods are generally preferred because they allow the heat to penetrate deeply into the wood without twisting or splitting.

Traditionally, boards burned in a vertical prism form are laced together with string, lit on fire, and allowed to burn just long enough to char the exterior before they’re doused with water. The propane or gas torch method is as simple as it sounds: you burn the wood about 2 to 3 millimeters deep for five to 10 seconds, then spray it with a hose. Both processes are typically done at the building site, but some manufacturers specializing in shou sugi ban do it in their own facilities instead, shipping the finished product.

After burning, various techniques can be used to change the overall effect, either leaving the dark char intact or wire brushing it for a lighter hue. Coarse sandpaper can also be used. This will change the texture from the roughness of scaled alligator skin to a smoother, more visible wood grain, and can remove some of the surface carbon to avoid messiness in certain applications. Natural oils like pure tung oil can be used to seal the wood and deepen the tone, if desired. If re-oiled every five to ten years, yakisugi siding can last a century or more. 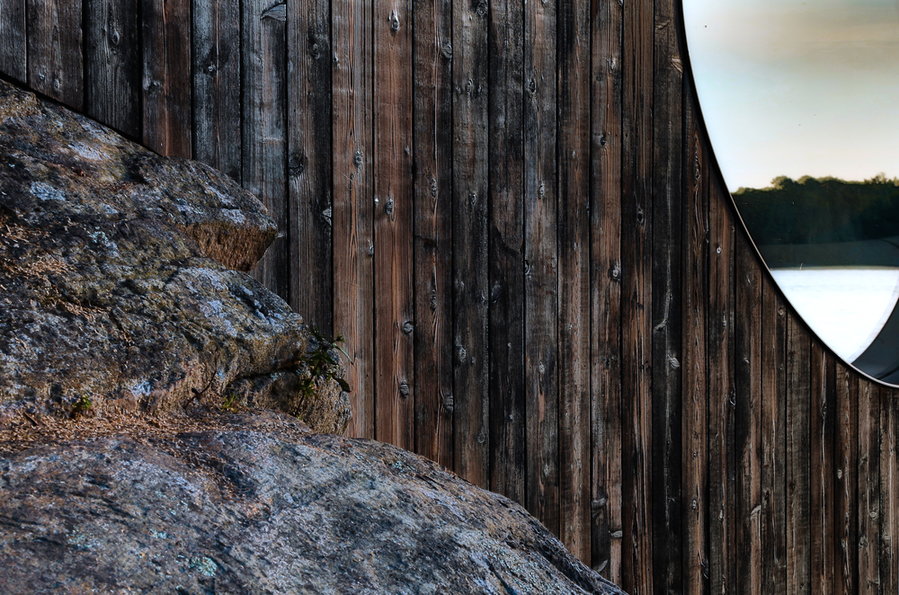 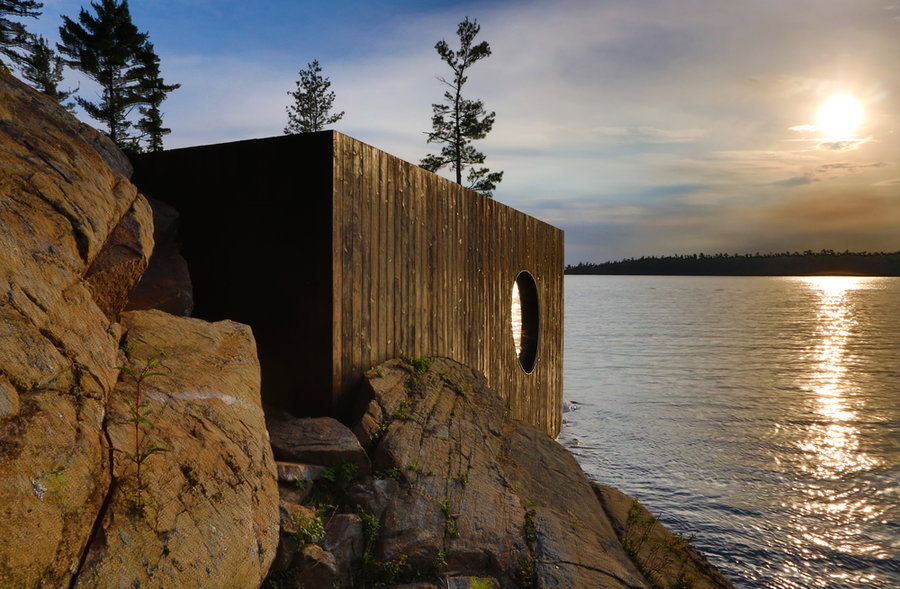 Use shou sugi ban anywhere you want the look of dark, dramatic, and well-protected wood. It’s most often used for exterior siding, but we’ve seen yakisugi wood utilized to brilliant effect in interiors, too. And its uses aren’t limited to just architecture. You could also apply the technique to fencing, wooden planters, and other outdoor accents. 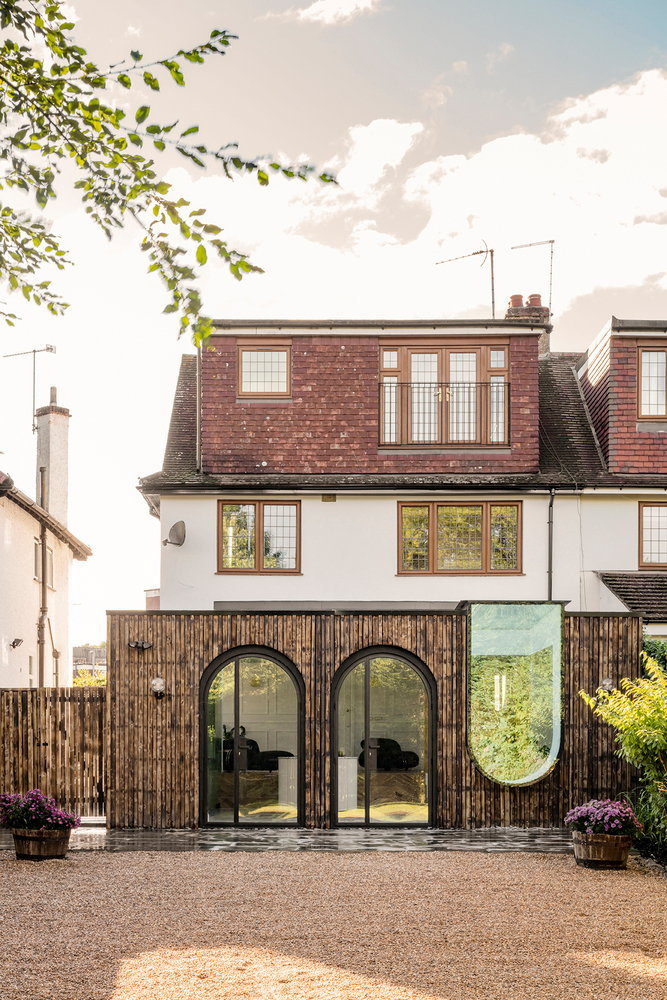 Some notable projects we’ve covered that incorporate shou sugi ban include the gorgeous Grotto Sauna in Ontario, the exterior of a dream bathroom by Bette, a Japanese tea house by Terunobu Fujimori, and a handmade log cabin. Lighter versions of the technique can be seen on the exterior of the Escape XL tiny home on wheels and a modern kitchen addition to a home in England.