Though the world is becoming increasingly obsessed with technology, there are still a few people who yearn for a more traditional life. If the prospect of escaping your densely-populated community and disconnecting from all things electronic excites you, then living off the grid may be the thing for you. When asked to think about living “off the grid,” most people picture a weekend away at a cottage with no cell phone service. Others might think of a cabin deep within the forests of Canada, living with only a lake as their water source and a wood stove to keep themselves warm. 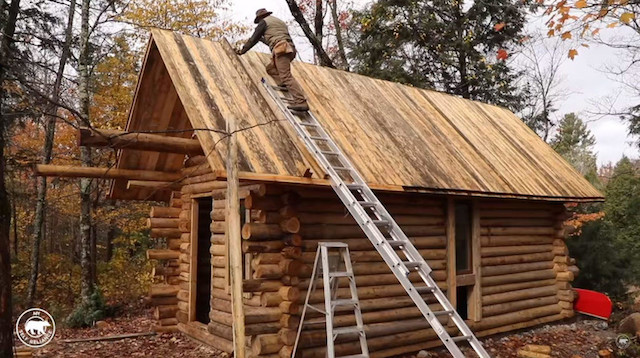 We all dream of being somewhat self-reliant — but what if we actually took matters into our own hands like outdoorsman Shawn James did? Working under the Youtube name My Self Reliance, James has released a series of videos detailing his building a of cabin in a Canadian forest. Using only his hands and a few tools, James’ incredible skill has allowed him to construct an authentic liveable log cabin.

As the time-lapse begins, you see James chopping down a balsam fir tree (the first of many) on his wooded lot in central Ontario. Then comes the building up of the walls, the formation of the roofline, and finally the installation of rooftop panels in double layers. The first layer supports the structure, and the second protects it from the elements. The latter has been subjected to an ancient Japanese method called shou sugi ban, a torching process meant to waterproof and preserve the wood by hardening it. A process known as chinking comes next, in which James mixes and stuffs the gaps in the logs with mud for insulation. Later, he cuts out the floorboards and even installs a bushcraft-style fridge in the subfloor. A brushcraft-style front door is also installed at this point, complete with a rustic wooden handle. Next thing you know, James is warming up a beverage on his wood burning stove and relaxing with his golden retriever. 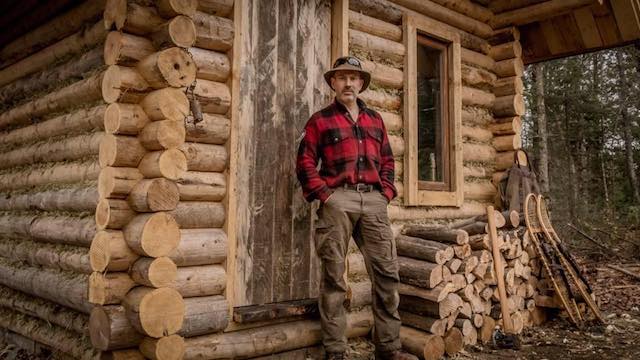 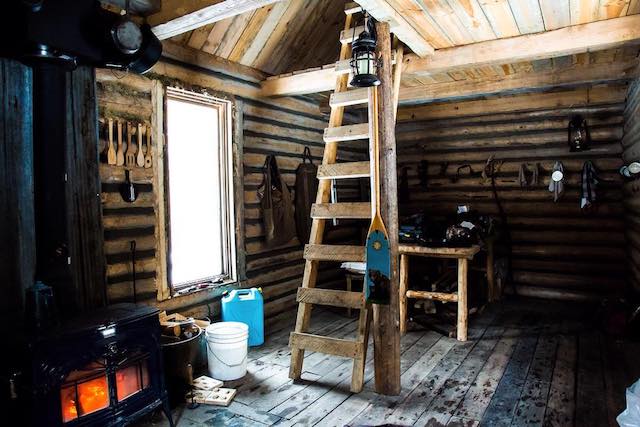 James does this all by himself, from the first tree he cuts to the last floorboards lays. As if that wasn’t impressive enough, he does it using primitive techniques and almost entirely without electric or power tools. The time-lapse makes the process seem quick and easy, but James has since explained that this was a truly difficult and time-consuming project to complete. He “spent a month reassembling the cabin on a foundation of sand and gravel,” according to his video description on YouTube. “Once the log walls were up, [he] again used hand tools to shape every log, board, and timber to erect the gable ends, the wood roof, the porch, the outhouse, and a seemingly endless number of woodworking projects.”

Of course, modern convenience had to be used once or twice, like when James made a trip to Home Depot and purchased a triple-wall metal stove pipe and an aluminium ladder for the roof. But other than that, hand tools and James’ dedication are the only things that transformed a foundation of sand and gravel into a beautiful log cabin. Since it’s completely off the grid, James says it’ll exist without any source of power for the foreseeable future. The wood stove will be used for both heating and cooking purposes. The project is still being completed, with a video of James installing a sink uploaded as recently as last week, so stay tuned to his Youtube channel for updates. 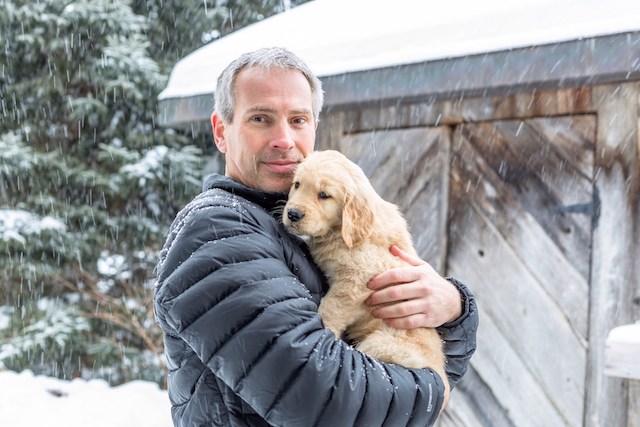 Why are people so attracted to the image of the cabin in the woods? Is it an innate, powerful drawback to nature and natural materials, or is the log cabin a symbol of the simple life: one free from modern stresses like noise pollution, over-population, crippling debt, and information overload? For Shawn James, it’s the thought of escaping a job that doesn’t make him happy, a sea of buildings, and far too many people.