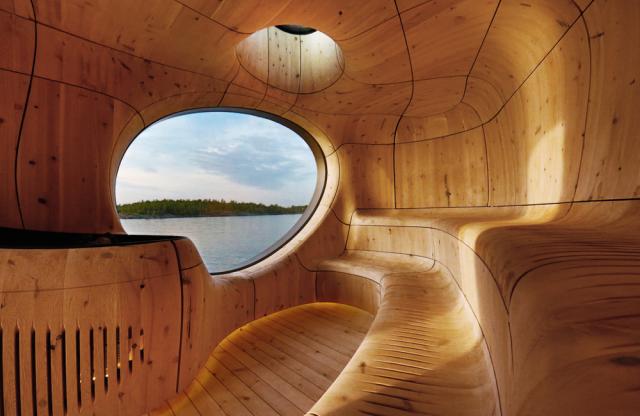 Cooler weather is perfect for saunas, since plunging into ice cold water after a sweaty session is mandatory in many a traditional regimen around the world. Sauna design by the water was taken to new heights by Partisans Architects, who nabbed the 2015 OAA (Ontario Association of Architects) Best Emerging Practice and Design Excellence award for their spectacular Grotto Sauna. 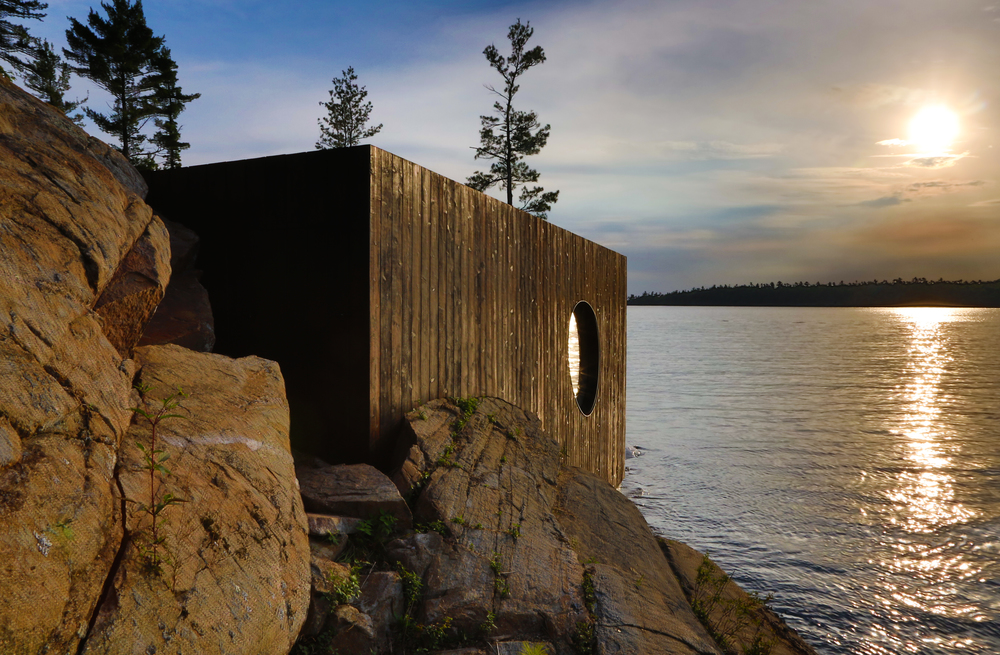 While the Grotto Sauna, a project for a private client, who wanted a waterfront sauna escape from the city, was inspired by hidden Italian grottos, the structure in Georgian Bay, Ontario, Canada, also brings together traditional Japanese elements and quintessentially Canadian influences. 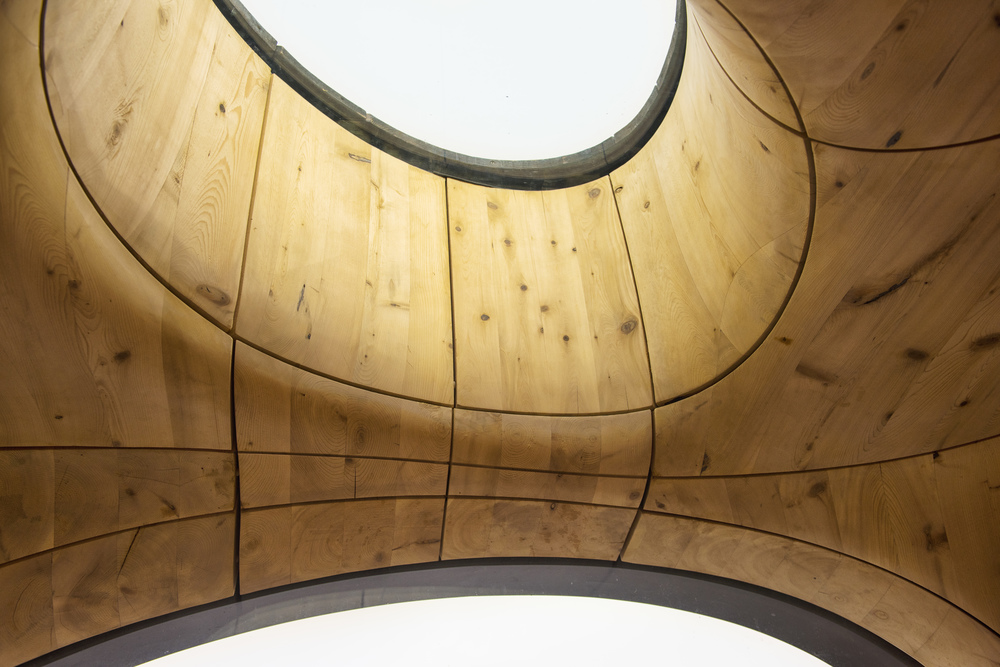 The sauna’s smooth, curvy, sculptural beauty on the inside “emulates Lake Huron’s waves and mirrors the Precambrian shield—a soft, undulating rock surface that has been worn over billions of years.” In contrast, the sanctuary’s charred cedar exterior looks weathered thanks to the Japanese Shou Sugi Ban pre-aging method. The idea was to make it appear as though it had perched here for years and years. It’s a study in opposites: a sensual, intimate interior sheltered by a rather plain, rugged exterior looking perfectly at home and unobtrusive in its rocky and remote Georgian Bay island setting in northern Canada. 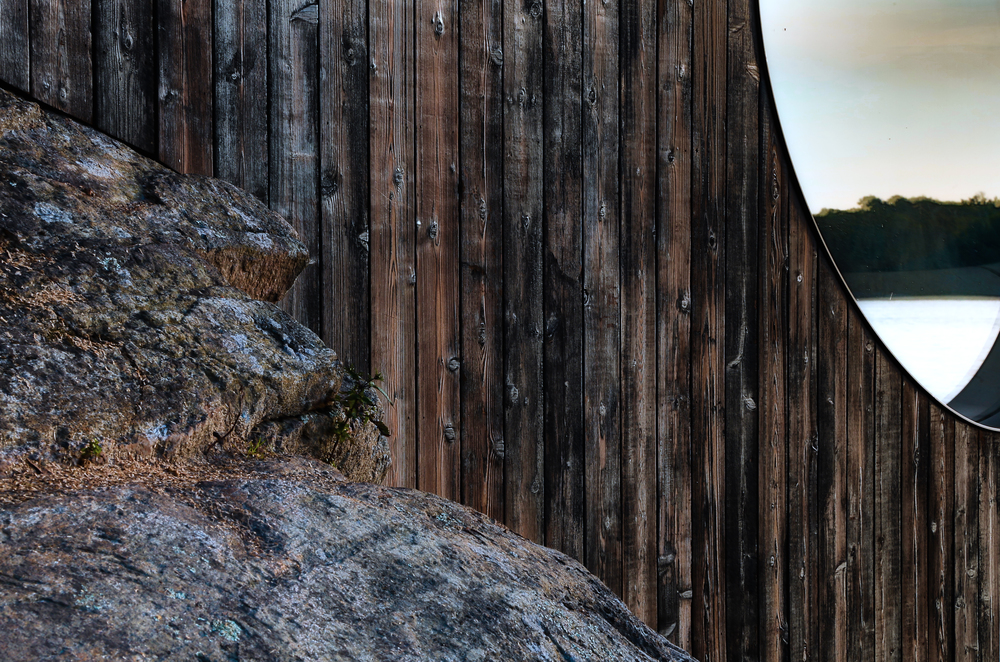 The space is sustainable, created with the help of 3D scanning technology to anticipate and reduce environmental impact. 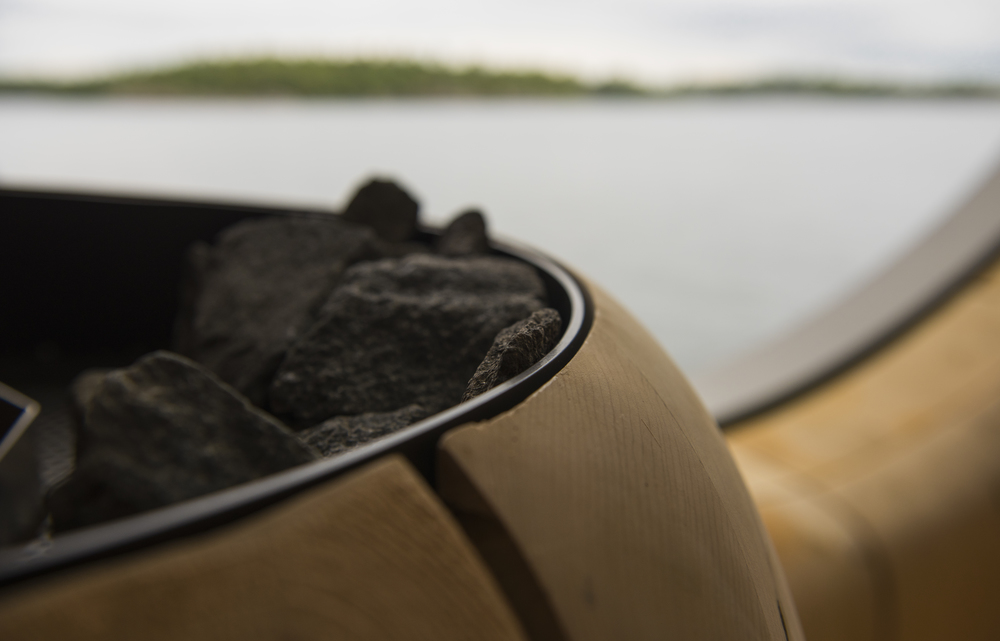 Partisans was founded in 2012 by a Alex Josephson and Pooya Baktash and has been drawing attention for their variety of successful projects. As per their website, their mission is to listen, to transmute, to provoke and to create beauty, in their own words: to “build architectural narratives that elicit counternarratives—stories that spring to life through spontaneous mutations and unexpected cracks.” 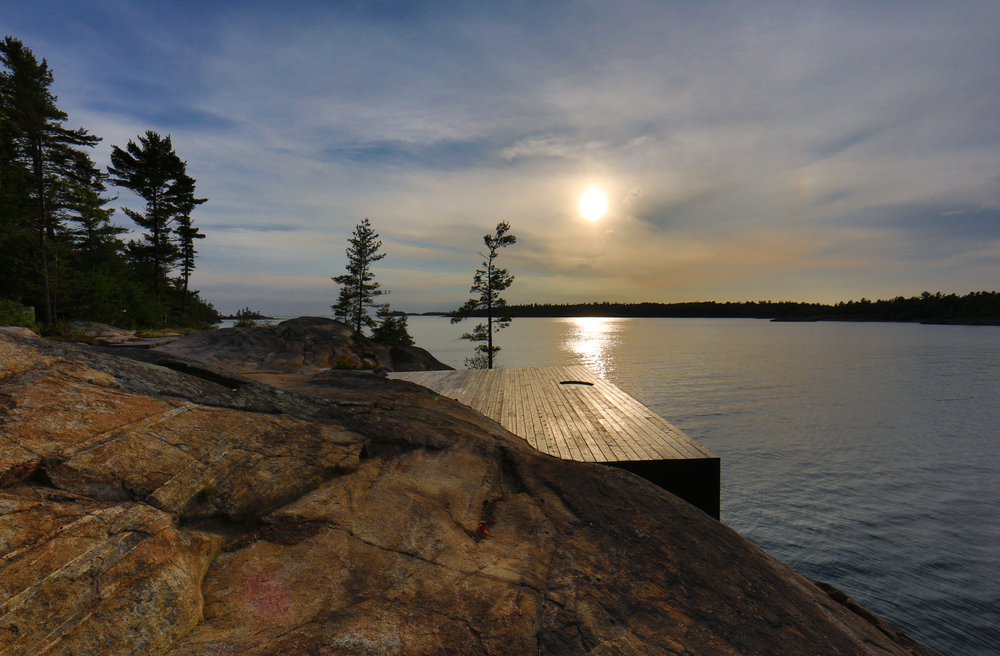 Other Partisans projects include The Bar Raval in Toronto, the revitalization’s of that city’s Union Station, and Farmageddon, a rehabilitation project in the hills of Caledon, Ontario.