A team of scientists working on environmentally friendly fuel cells accidentally made an even more important discovery. Engineers at the University of Delaware were stymied by the fact that hydrogen exchange membrane (HEM) fuel cells are super sensitive to carbon dioxide in the air, which reduces their fuel performance and efficiency by up to 20 percent. They then realized that while this effect might not be great for the advancement of alternative fuels, it’s a potentially “game-changing” method of removing CO2 from the air. 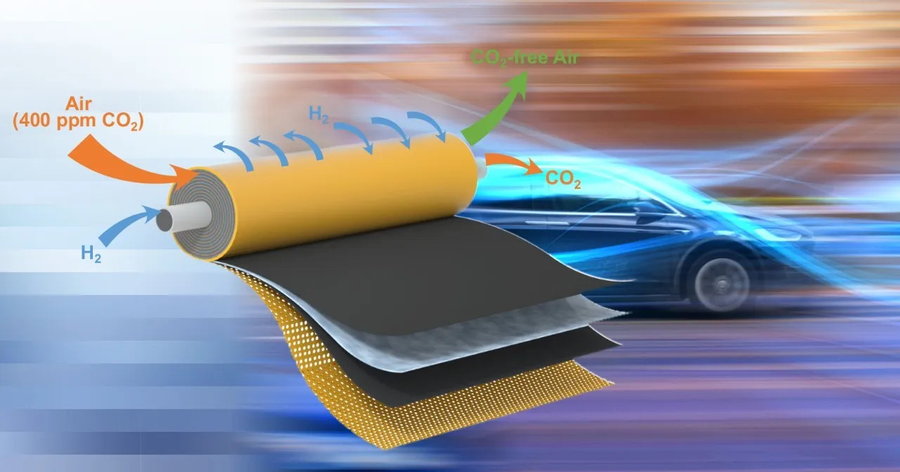 The team, led by Yushan Yan, a professor at the university, and Henry Belin du Pont, Chair of Chemical and Biomolecular Engineering, has spent the last 15 years searching for a way to eliminate the CO2 problem in the fuel cells. In a paper released in the journal Nature, they explained how their problem might actually be a solution to drastically reducing carbon dioxide in the atmosphere. That means it has serious climate change-fighting potential.

“Once we dug into the mechanism, we realized the fuel cells were capturing just about every bit of carbon dioxide that came into them, and they were really good at separating it to the other side,” says Brian Setzler, Assistant Professor for Research in Chemical and Bimolecular Engineering.

The team leveraged this “self-purging” ability to create a carbon dioxide separator that could be placed upstream from their fuel cell stacks. “It turns out our approach is very effective,” Yan says. “We can capture 99 percent of the carbon dioxide out of the air in one pass if we have the right design and the right configuration.” 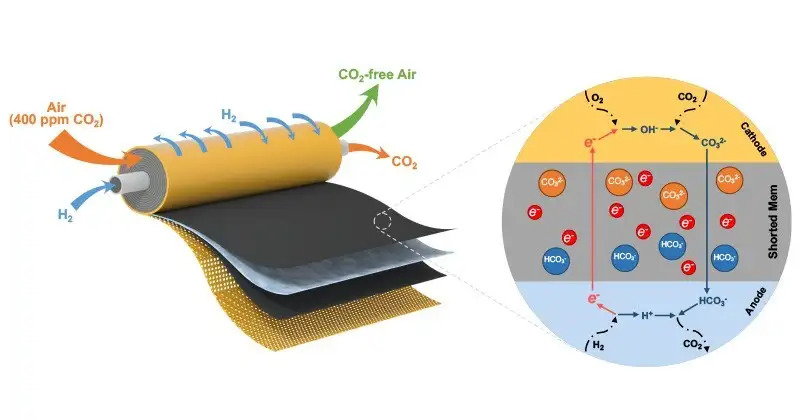 This was achieved by a somewhat risky process of embedding the power source for the electrochemical technology inside the separation membrane, which involved internally short-circuiting the device. “And by using this internal electrically shorted membrane, we were able to get rid of the bulky components, such as bipolar plates, current collectors, or any electrical wires typically found in a fuel cell stack,” says Lin Shi, a doctoral candidate in the Yan group and the paper’s lead author.

This short-cut makes it easier for the carbon dioxide particles to travel from one side of the device to the other, and allows the team to pack the whole thing into a smaller package capable of filtering greater quantities of air at a time. Their first prototype, about the size of a soda can, was designed to scrub CO2 from a vehicle’s exhaust. It’s capable of filtering about 10 liters of air per minute and removing about 98 percent of CO2.

A second, smaller version measuring 2 by 2 inches can continuously remove about 99 percent of carbon dioxide in air flowing at a rate of two liters per minute. The device can also be scaled up as necessary for larger applications, like on aircraft, spacecraft, and submarines. Though the researchers don’t say as much, that seems to open up the potential for after-market emissions-reducing devices on existing vehicles powered by fossil fuels. After all, these vehicles aren’t just going to disappear once electric cars become more standard. 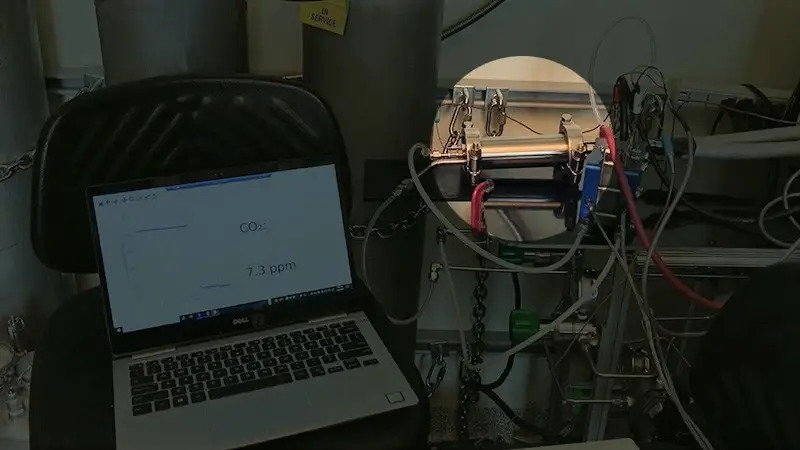 While this is all great news, some scientists are urging us not to get too excited. Carbon capture alone isn’t enough to avert the climate crisis, and it would be easy to use this breakthrough as an excuse to slow the transition away from fossil fuels to cleaner technologies. At the end of the day, we need a multi-pronged approach if we’re going to avoid total catastrophe in the not-so-distant future.