Winter sports enthusiasts exiting the Silver Queen Gondola to ski, snowboard, and sightsee atop Colorado’s Aspen Mountain are faced with a startling sight this season: a single gondola car tilted to one side in the snow, clearly out of commission. Still loaded up with gear, the gondola’s red and white paint melts into a puddle all around it. “Melted Gondola,” made by artist Chris Erikson, is meant to be a warning that climate change is putting the ski industry out of business. 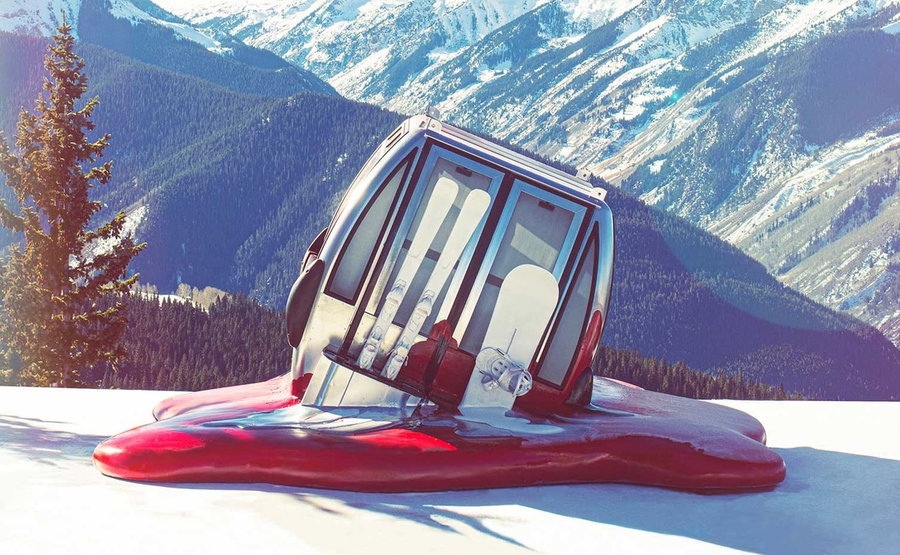 “Since Aspen Snowmass first opened in 1946-47, Aspen, Colorado’s average temperature has warmed by three degrees Fahrenheit,” explains Aspen Skiing Company, who commissioned the project. “In total, Aspen Snowmass has lost 30 days of winter since 1980 alone. This season, as part of our 75th anniversary, we’ve installed The Melted Gondola art installation at the top of Aspen Mountain to get people thinking about the next 75 years – and to draw attention to the urgent need to aggressively address climate change.”

Launched in partnership with the nonprofit Protect Our Winters (POW), the campaign takes inspiration from a piece by James Dive and The Glue Society called “Hot with the Chance of a Late Storm”, a similarly melting ice cream truck installed on the beach in Sydney, Australia. Protect Our Winters is a community of athletes, scientists, creatives, and business leaders working to advance non-partisan climate policies. “We need a movement to create large-scale policy change on climate,” says Auden Schendler, Aspen Skiing Company’s SVP of Sustainability. “POW is that movement, mobilizing the outdoor industry as a political force.” 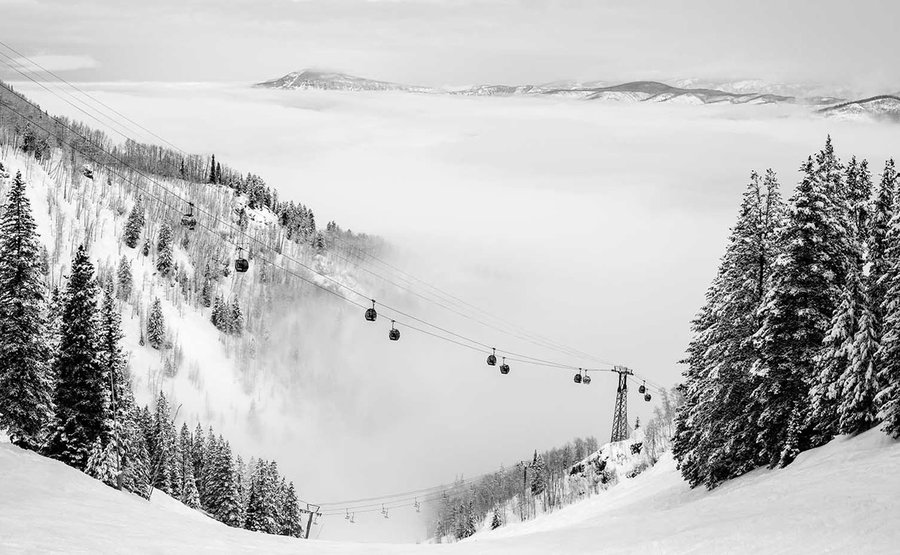 POW and Aspen Skiing Company hope the sculpture will provoke an emotional reaction in onlookers as they arrive on the mountain. Many visitors look forward to their mountain excursion all year, and shorter snow seasons can be highly disappointing. With Aspen warming by about 0.4 degrees per decade, a future in which skiing is no longer possible may be within sight. The groups hope anyone moved by the installation will write to their senators, pressure their favorite businesses to use their voices and influence in Washington, or work to affect small changes like clean energy standards in their own towns.

The installation is rendered even more poignant by the dramatic juxtaposition of two recent events in Colorado: a rare winter wildfire that killed at least four people and destroyed nearly 1,000 homes in the Boulder area, and the 10 inches of snow that extinguished it. On the day the fire started, the area was experiencing unusually high winds after months of drought. The fires blazed across an urban area once thought to be much safer than forested areas in terms of fire risk, burning down a Target and a hotel. 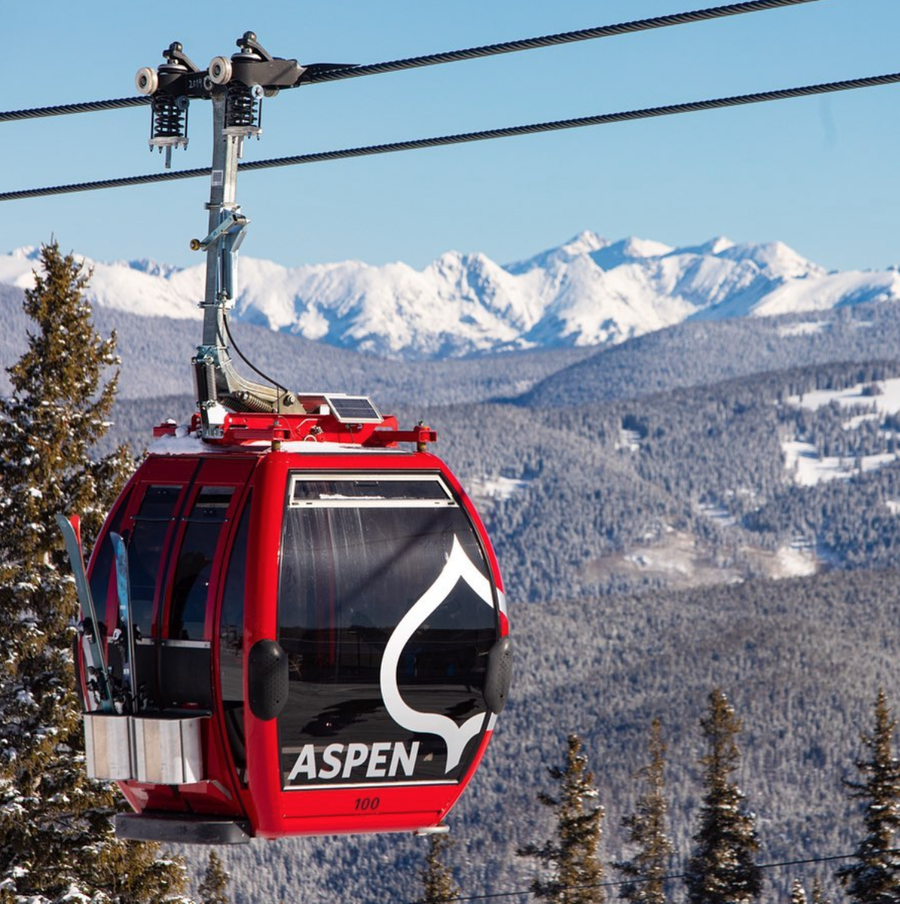 “The record warm temperatures we’ve had in Colorado definitely played a role in this,” says Jennifer Balch, fire scientist and the director of the Earth Lab at the University of Colorado Boulder, in an interview with Colorado Public Radio. “Our temperatures across the Front Range between June and December were the warmest on record going back to the early 1960s. Climate change is essentially keeping our fuels drier longer. These grasses that we’re burning during this event, they’ve been baked, essentially, all fall and all winter. And then, on top of that, we didn’t get a lick of moisture.”