The images were disturbing. When Al Gore released his 2006 documentary An Inconvenient Truth, it was concerning to see what was happening to our planet. The parts of the film that were especially heartbreaking for people who love design and cities were the scenes that described what would happen to some of the world’s most populous urban areas if climate change were to continue on its course without a drastic shift in human behavior. The image of the partially submerged Lower Manhattan was probably the most memorable visual of all. It certainly got every designer thinking, but specifically those involved in landscape architecture.
In 2009, the Museum of Modern Art in New York commissioned five groups of designers for an exhibit called “Rising Currents: Projects for New York’s Waterfront.” The groups created solutions for the rising sea levels around the city and the neighboring state of New Jersey. Each group was given a different section of coastline in the metropolitan area on which to focus their research, allowing them to come up with distinctive answers to all kinds of complex problems. 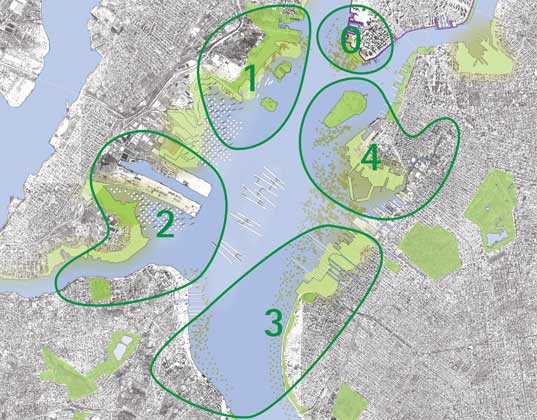 The first solution featured in the exhibit dealt with Lower Manhattan. Landscape architecture firm DLANDstudio proposed an idea called “A New Urban Ground,” which combined nature and infrastructure. The firm proposed the building up of wetlands just off the coastline, and on the coastline itself, it suggested berms to protect the city from rising sea levels and storm surges caused by an increasing number of hurricanes. For the streets, they proposed a network of green spaces that would absorb excess water. Architecture Research Office collaborated with DLANDstudio on this tripartite solution, which considered both the behavior of water and the fact that a single line of protection would not suffice. 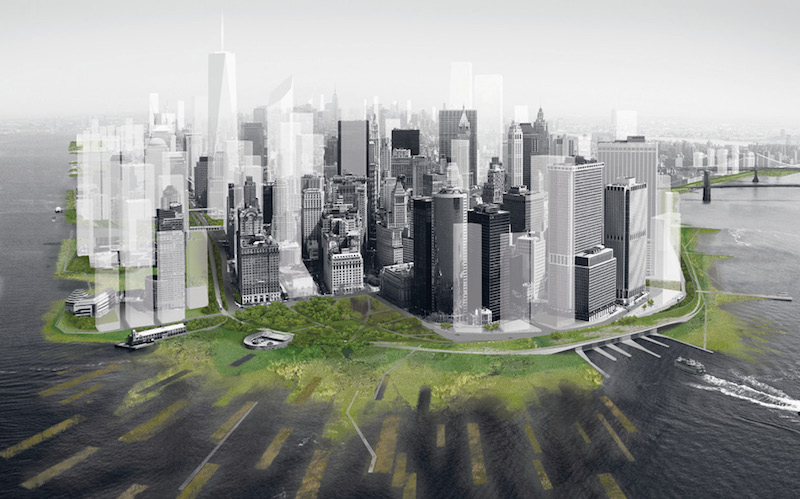 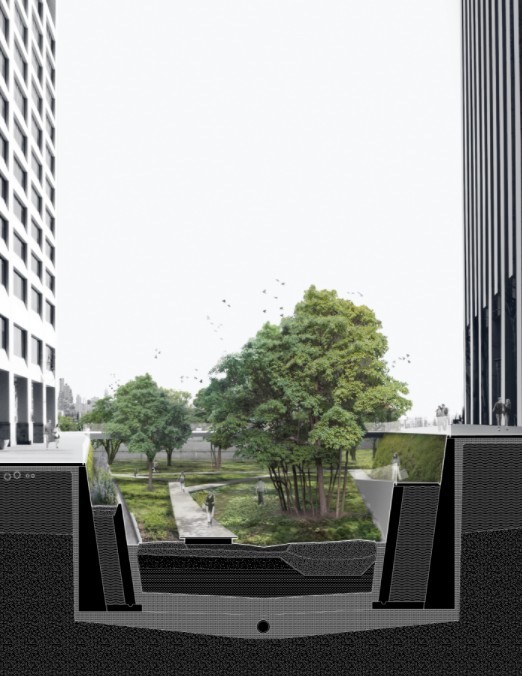 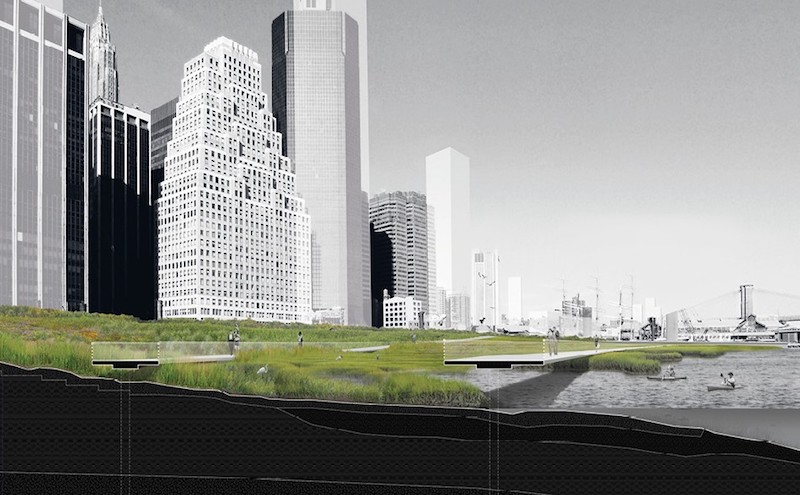 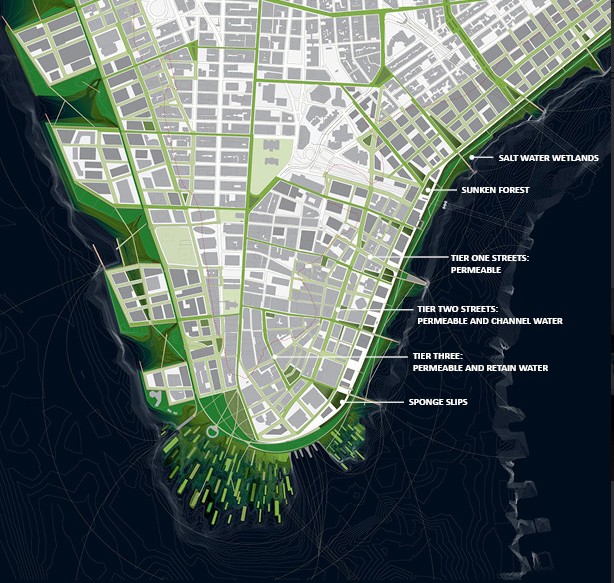 Though entirely theoretical, “A New Urban Ground” showed what could be done for Lower Manhattan and created a new set of expectations that other designers could build upon — something that the Bjarke Ingels Group is currently in the process of doing. In 2014, BIG won a Department Of Housing And Urban Development competition that was initiated in the wake of Hurricane Sandy. The objective of the competition was to protect the coastal areas around the New York metropolitan area from future storm surges.

The project, called “The Big U,” will take the form of a 10-mile system of parks, berms, and infrastructure around Lower Manhattan. Forming a big letter “u,” the 247-acre system will stretch from East 40th Street, around the southern tip of the island, and up to West 54th Street. Built in collaboration with several firms from the fields of landscape architecture, engineering, and environmental planning, “The BIG U” will be an area that New Yorkers can enjoy like any other part of the city. On purpose, it will not be a “no-go” area, but an attractive space. It will be integrated into the city but still feel like a separate world where people can uniquely experience New York. 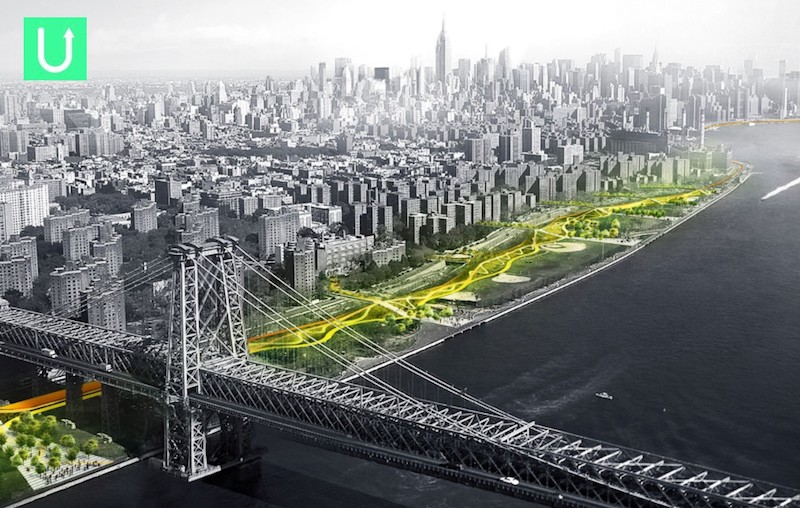 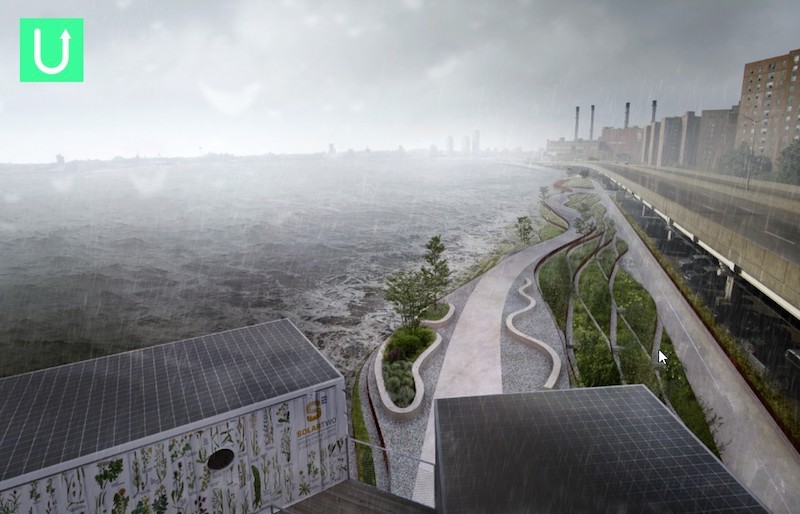 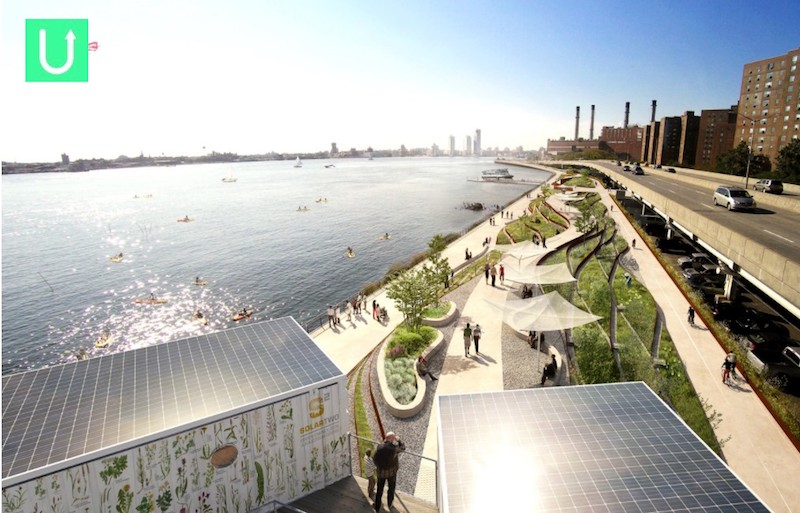 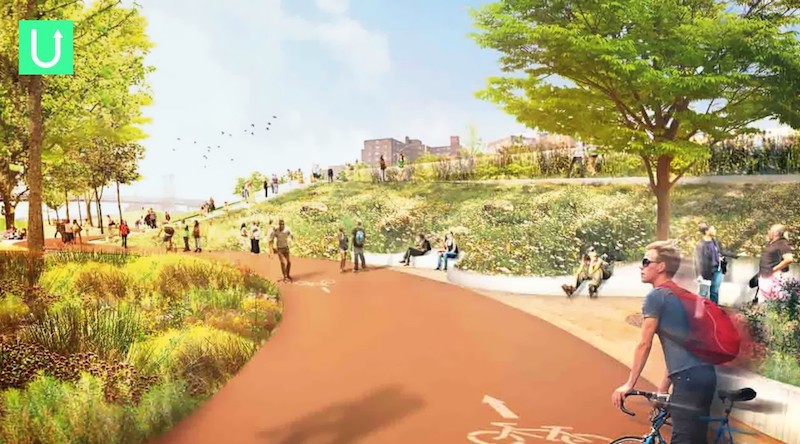 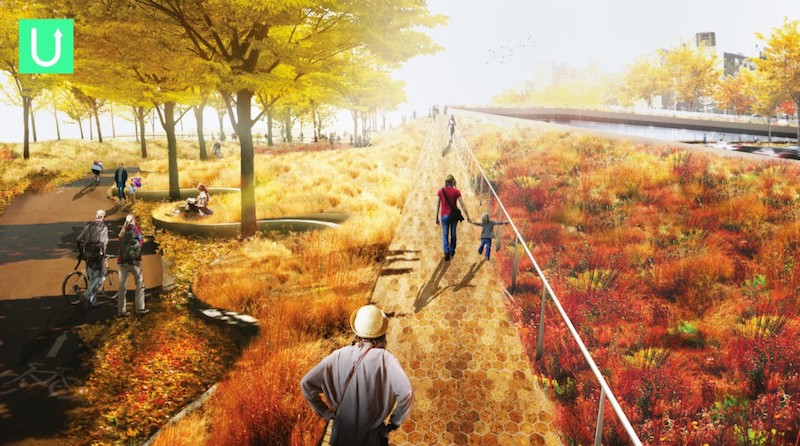 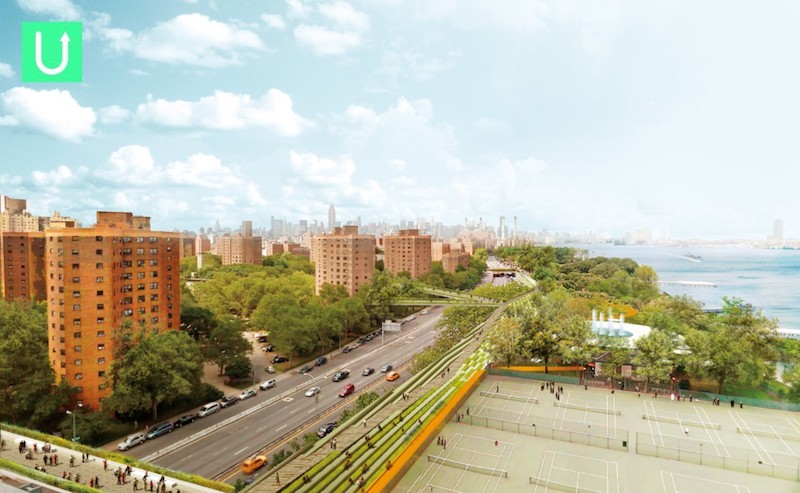 It is astonishing how one film, and one image within that film, can truly move oceans. The “Rising Currents” exhibit and “The BIG U” demonstrate how imperative landscape architecture is to the resiliency of cities challenged by the effects of climate change. Collaboration with other fields is necessary, but landscape architecture must be at the forefront.

If you never visited “Rising Currents” and would like the read more about it, you can do so on the MoMA/MoMA PSI blog. To follow the progress of “The BIG U,” click here.