Ever wondered what to do with an old, outdated painting? The “Repaintings” subreddit group has the perfect solution: find a paintbrush and give it some hilarious additions. 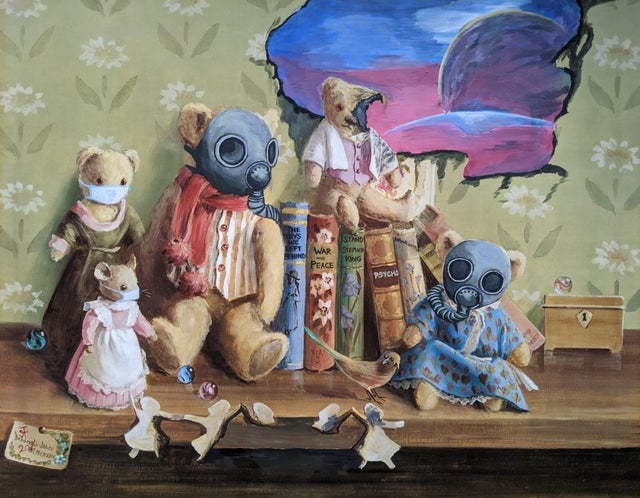 With its 139,000 members, the Repaintings online community has posted thousands of funny retouched secondhand art. The group’s summary and invitation reads, “Find a painting at a garage sale, thrift store, or in the trash and repaint it. Add some monsters! Add a UFO! Some lasers? Don’t mind if I do! Post the results. Before and After pics appreciated.”

The rules are simple: the art must make an attempt at humor, no digital art (only good-old-fashioned by-hand techniques), and no memes or politics.

The artwork ranges in skill from rudimentary to masterful, with themes all over the board. Even our COVID-19 times get a shoutout with a recent poster featuring a nursery bookshelf scene that transforms into the “A-paw-calypse,” with all the stuffed animals in face and gas masks. 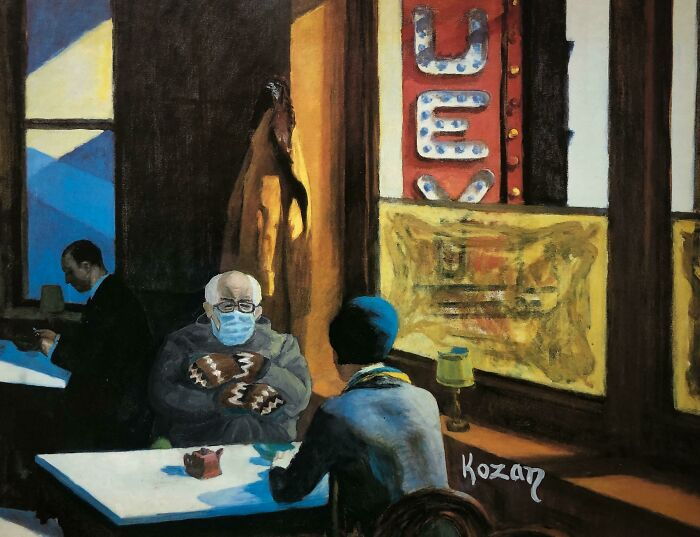 Another poster capitalized on the recent Bernie Sanders mitten craze by painting the sitting senator with his iconic handwear at the table in an old café setting. 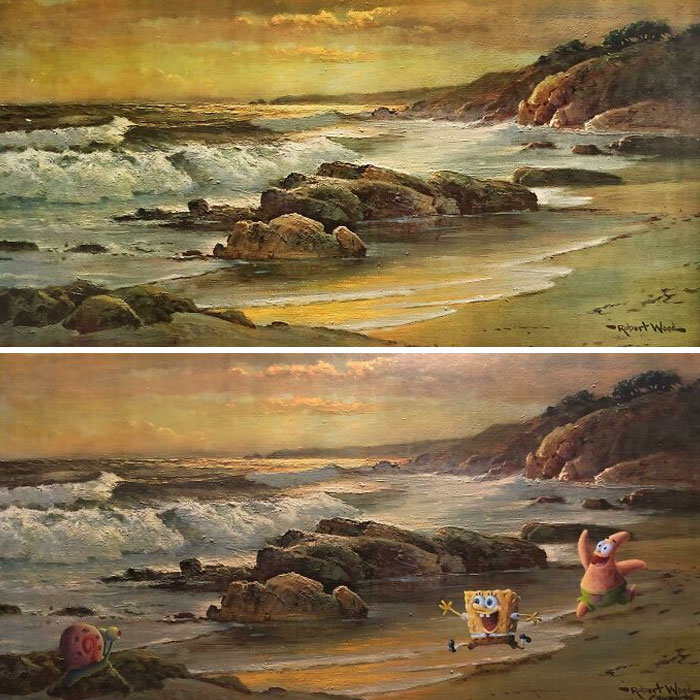 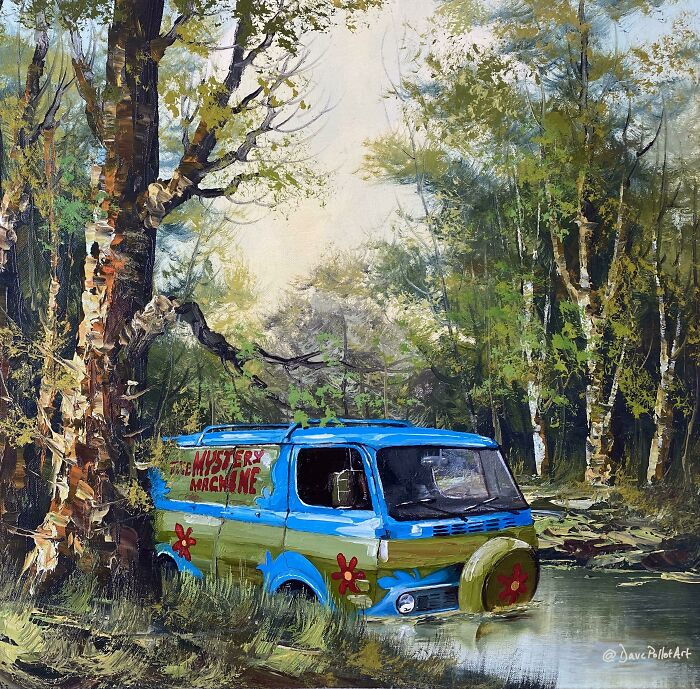 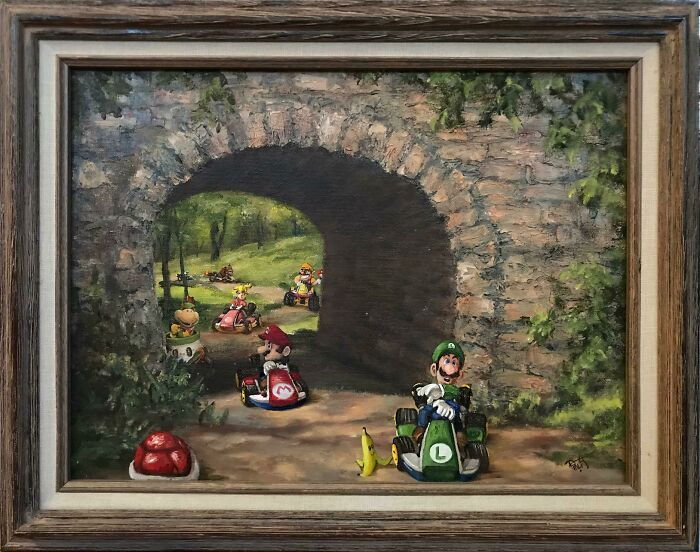 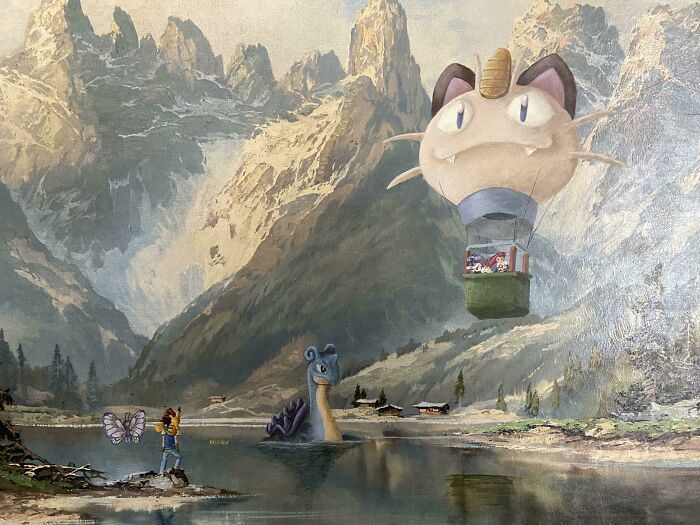 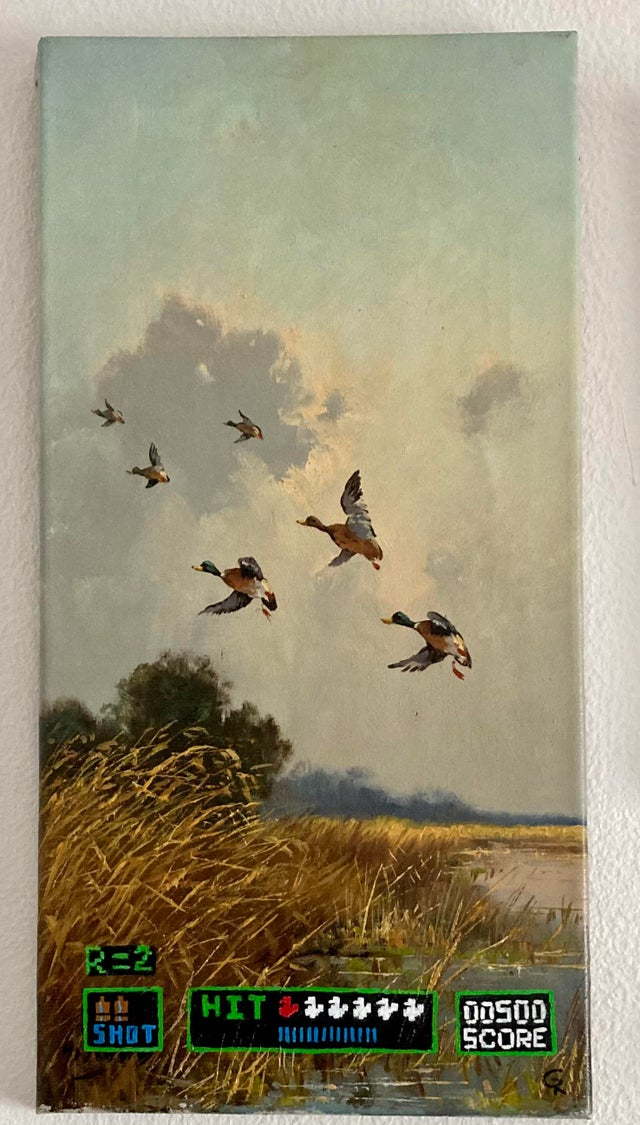 Cartoon figures and video game icons are a particularly popular insertion by posters. One formerly serene beach background now features SpongeBob and Patrick running across the sand to greet Gary the sea snail. Another finds the Scooby-Doo Mystery Machine stuck in a river. Mario and Luigi and their pals race cars under an old stone bridge in one remake, and a giant Meowth hot air balloon carries Team Rocket through a snowy mountain setting as Ash and Pikachu look on in another. One post even turns a vista of rising birds into the video game Duck Hunt. 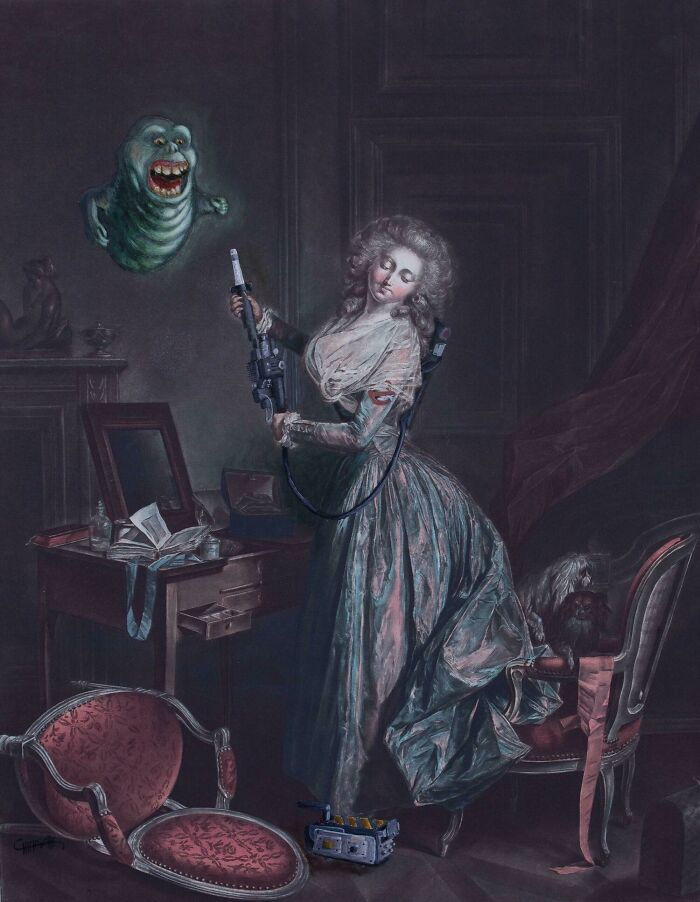 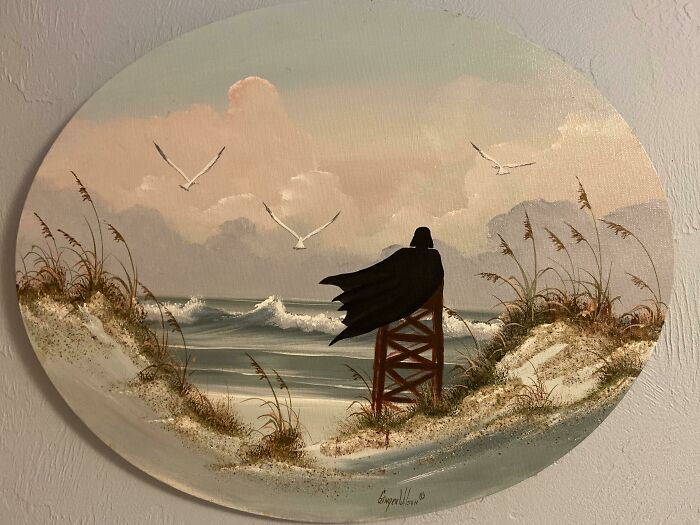 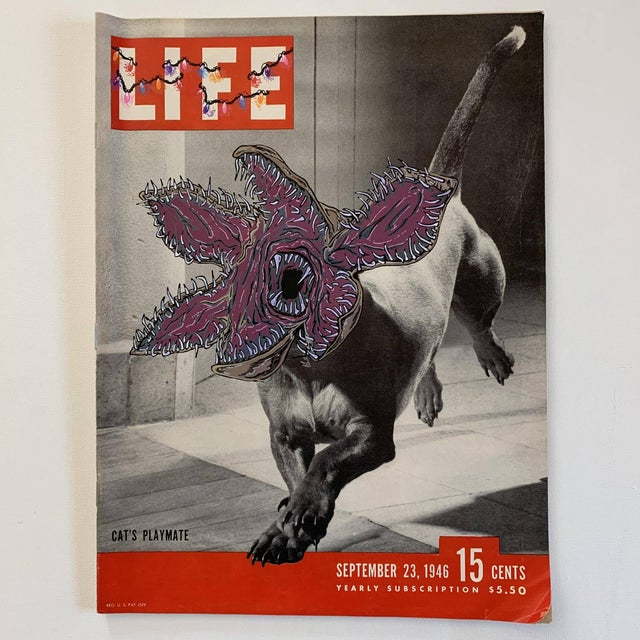 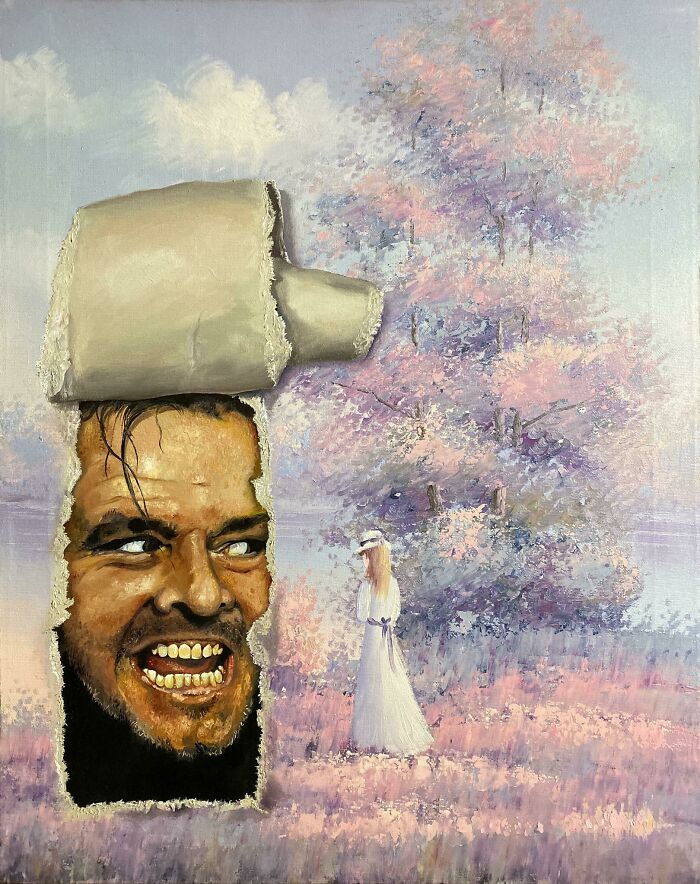 Others take on pop culture references from live-action Hollywood. One 18th-century damsel gets a makeover as a Ghostbuster, complete with backpack and gun pointed at Slimer. In another post, we see Darth Vader from behind, sitting in a lifeguard tower, gazing out at the seagulls and ocean as his black cape flaps in the wind. One clever crafter attached a Demi-gorgon head to a dog on the cover of an old Life magazine. And a young maid in an impressionistic field of pastels gets the shock of her life when the canvas is ripped up to reveal a leering Jack Nicholson shouting, “Here’s Johnny!” 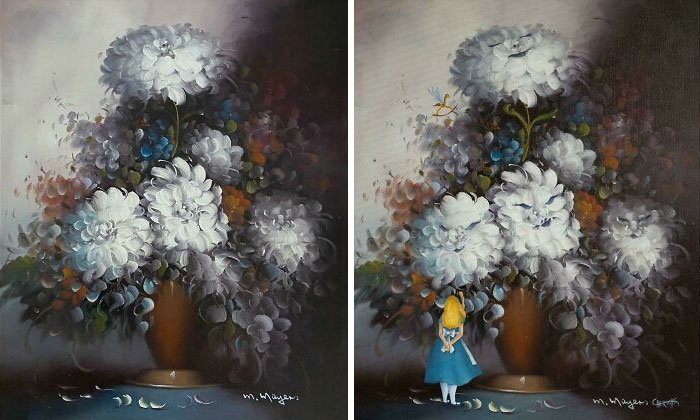 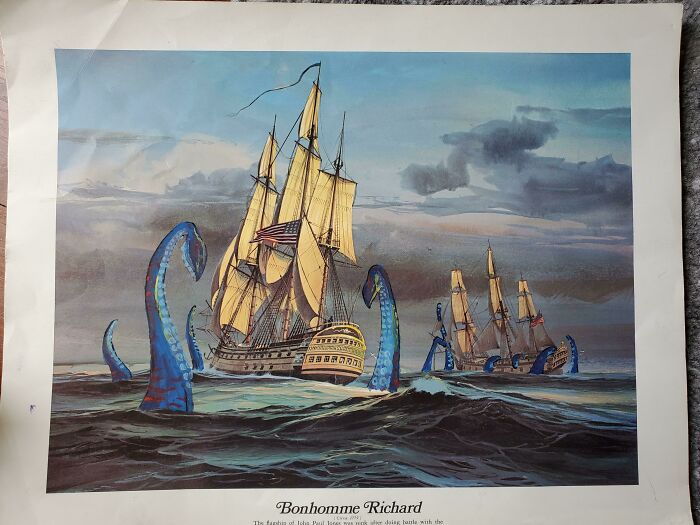 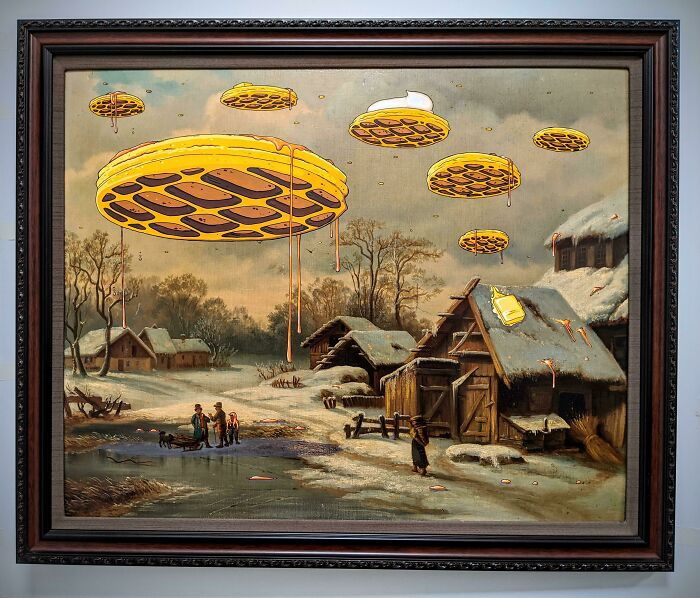 A few art transformations make a nod to literature. One still life now shows a tiny Alice in Wonderland looking up at the mocking tiger lilies and daisies. The Kraken from 20,000 Leagues Under the Sea makes an appearance in another post to wrap its tentacles around a few sailing vessels. And one hints at the childhood favorite Cloudy with a Chance of Meatballs as syrupy waffles invade the sky over a winter barn scene. 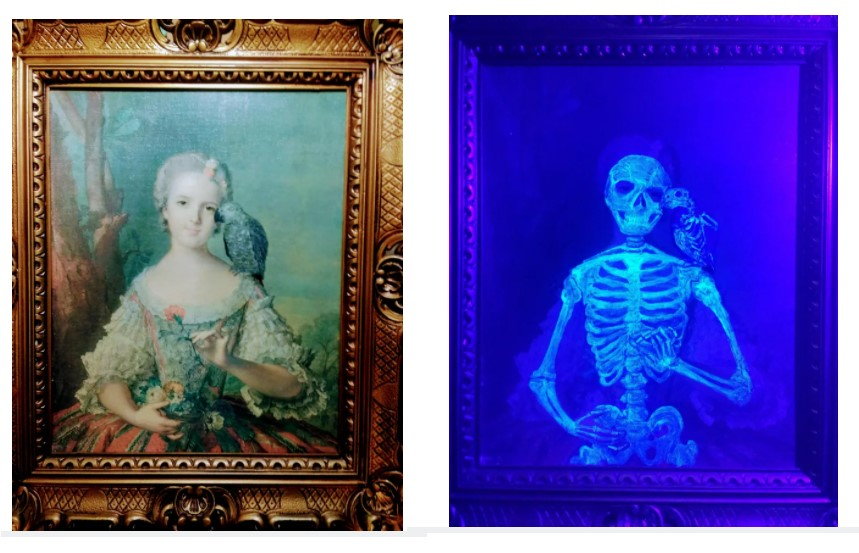 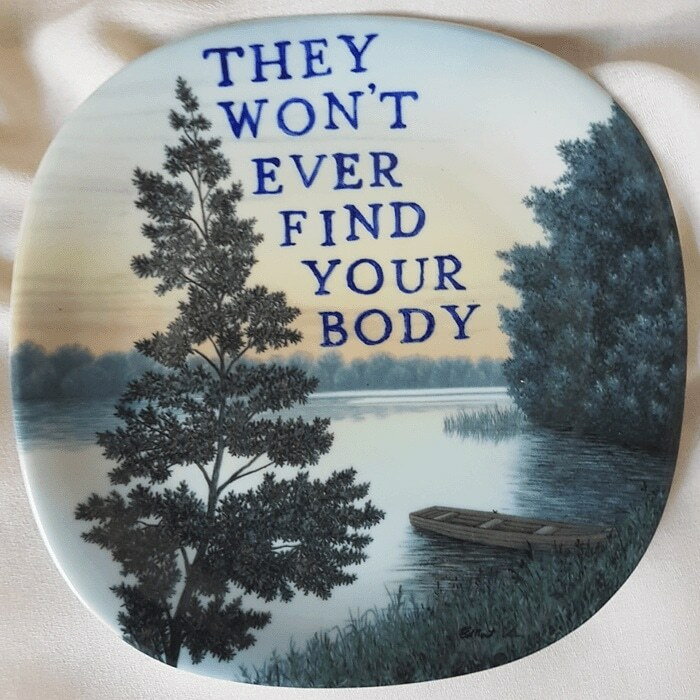 One talented artist gave a 1700s girl the Haunted Mansion treatment, painting a parrot on her shoulder and skeletons to both that can only be seen in UV light. Another macabre offering is the words “they won’t ever find your body” affixed to a painted plate that originally only showed a rowboat docked in the marshy grass between trees. 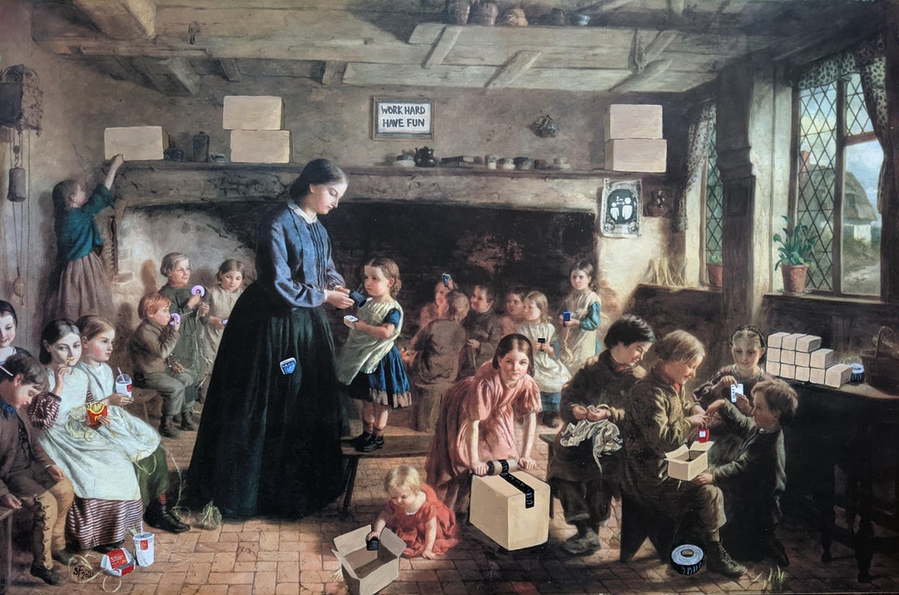 Amazon gets its own tribute, with a Victorian schoolhouse metamorphosing into a shipping warehouse, complete with kids filling, sealing, and stacking packages. 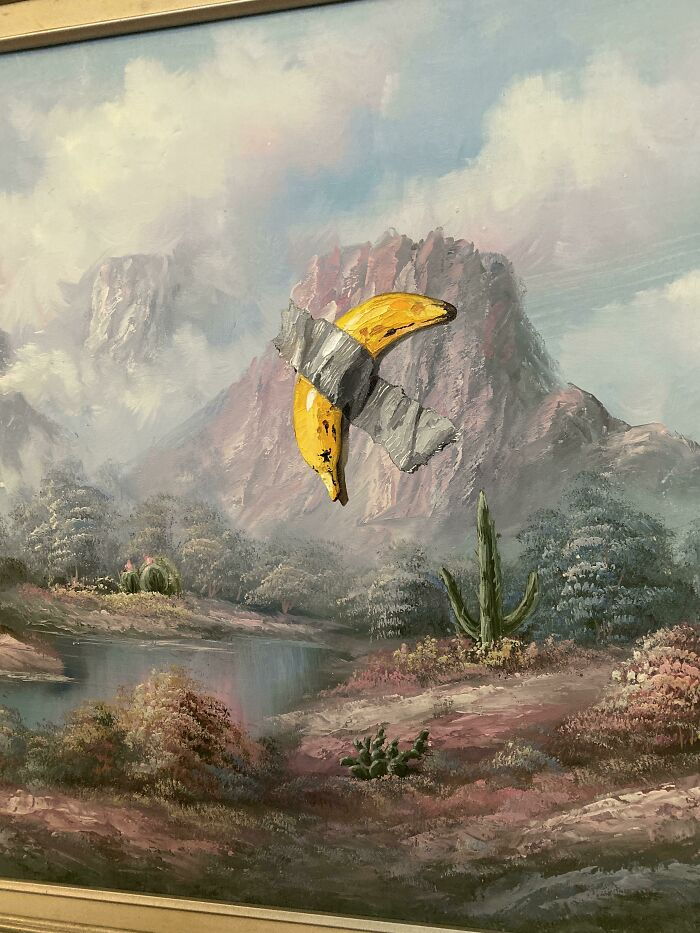 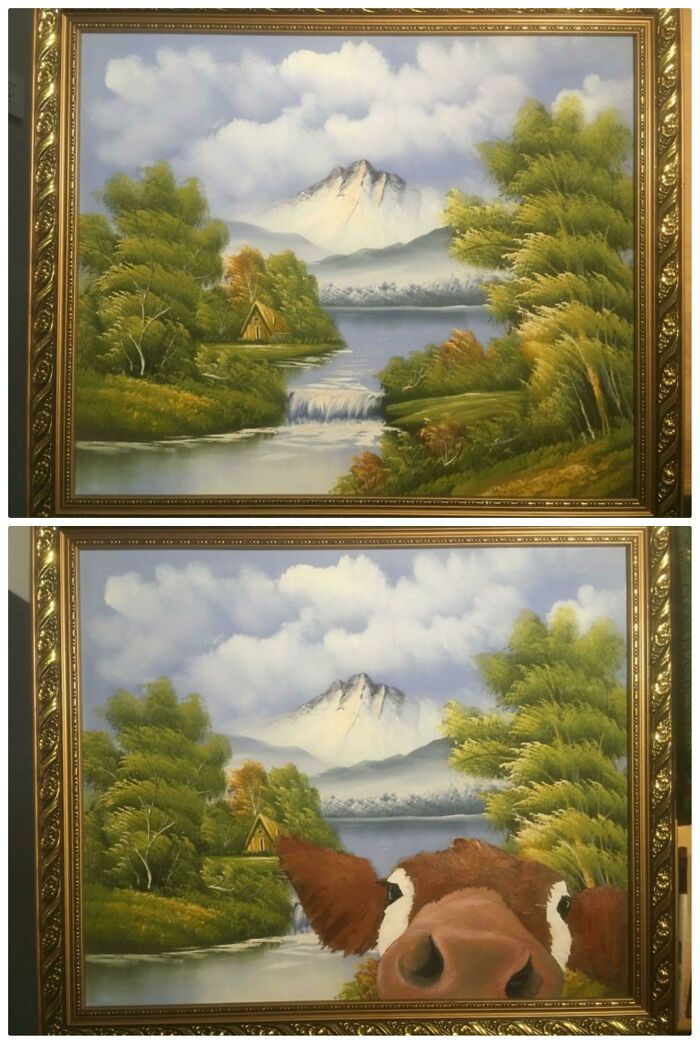 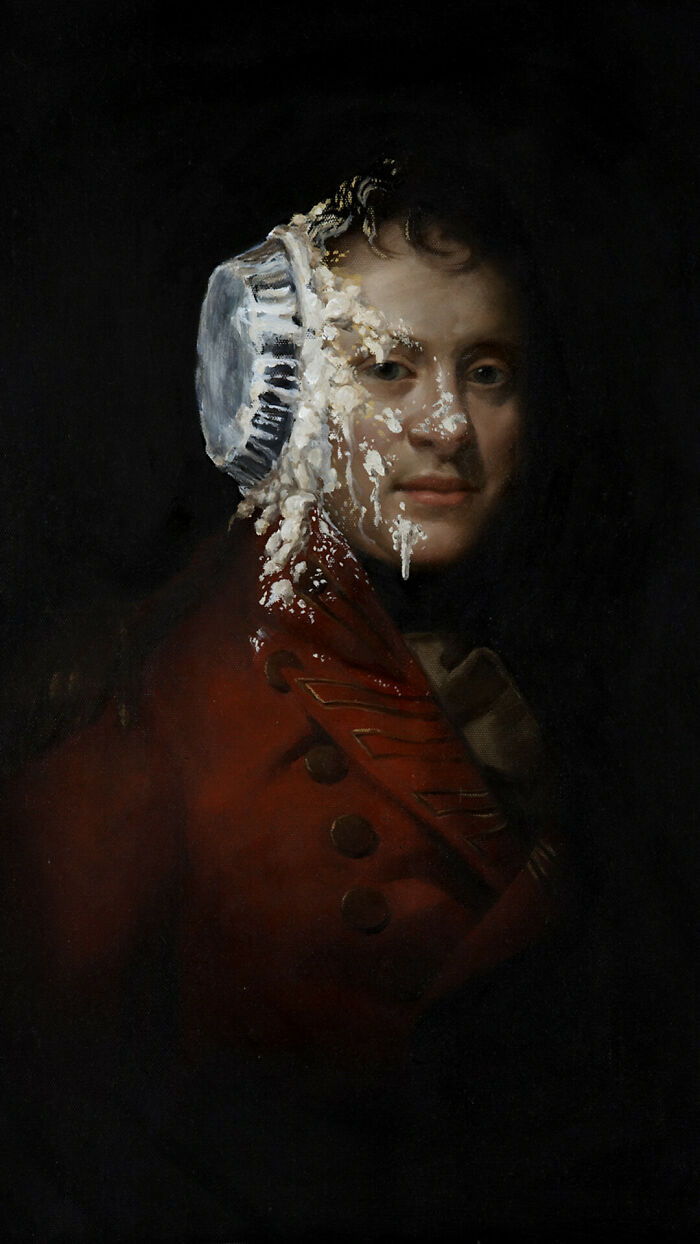 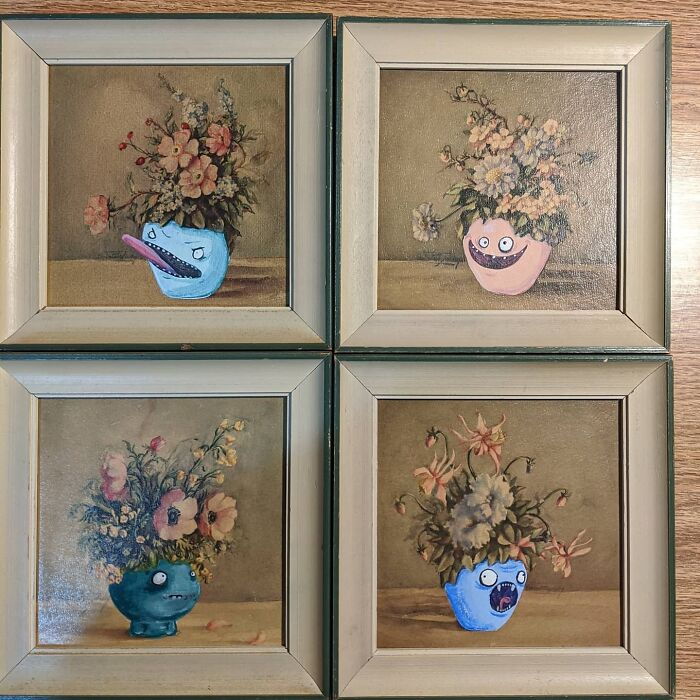 And then there are the just plain silly ones. A banana gets duct-taped to a lofty mountain in one post, while a curious cow’s snout takes up the foreground of a landscape in another. A dignified Renaissance gent gets a pie to the side of his face, and a series of floral vases turn into goofy monster faces.

Even though this online community got its start back in 2014, long before COVID, its members are still providing some much-needed laughs in today’s socially-distanced world.