There is no doubt about it; the most talked-about fashion pick from last week’s U.S. presidential inauguration was Senator Bernie Sanders’ mittens. 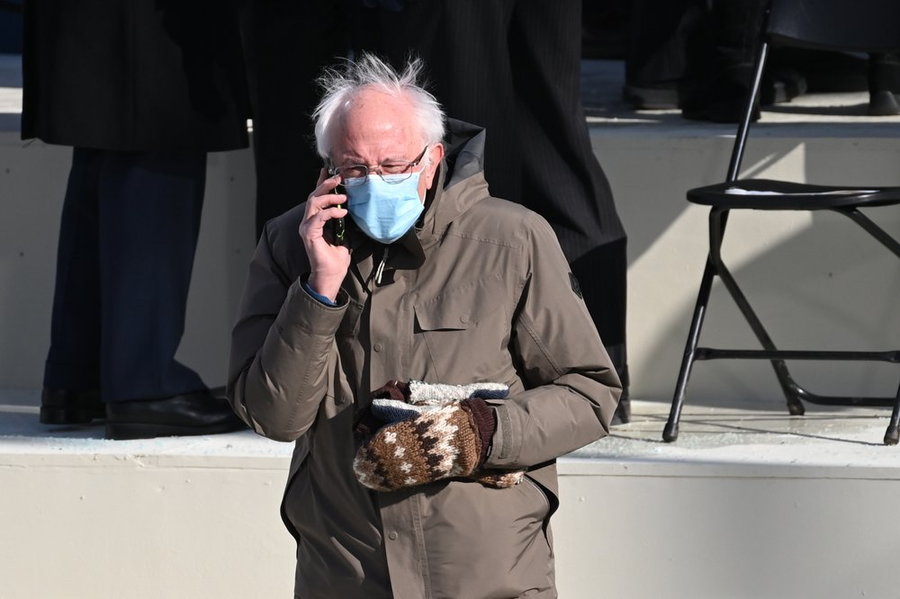 Going viral as soon as they were spotted, the internet has experienced a tidal wave of memes and tweets about these cozy pieces of winter handwear, as well as Sanders’ adorably “over it” arm-crossed pose. One twitter post listed his schedule for the day with “Joe’s thing” squeezed in between trips to the dry cleaner and post office, while another has him crossly perched on the Game of Thrones chair. Yes, Bernie and his mittens have been spotted doing everything from sharing a beam with the workers in the iconic photograph “Lunch Atop a Skyscraper” to sitting next to Forrest Gump to dancing “Gangnum Style.” The grumpy looking Bernie has even been reincarnated as a leg tattoo by a Colorado ink master. 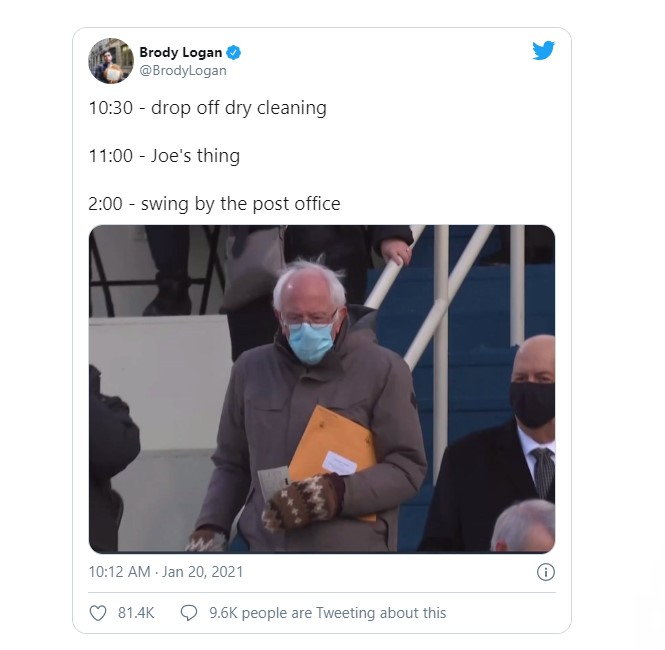 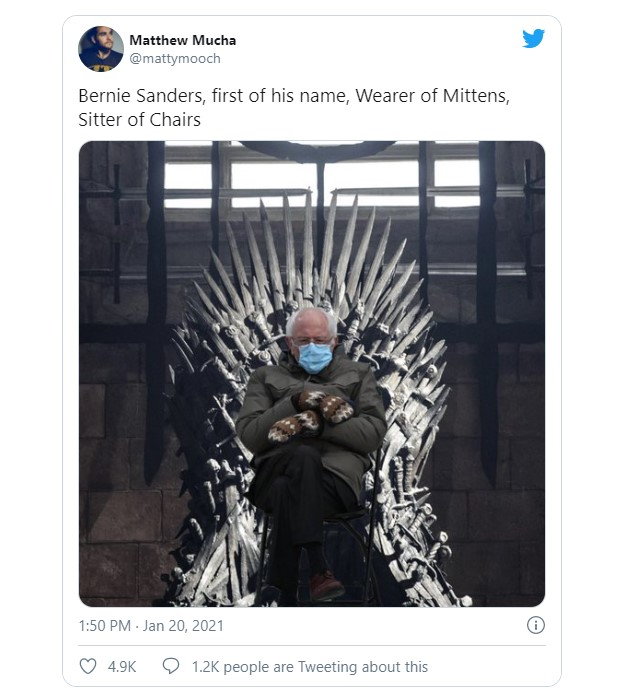 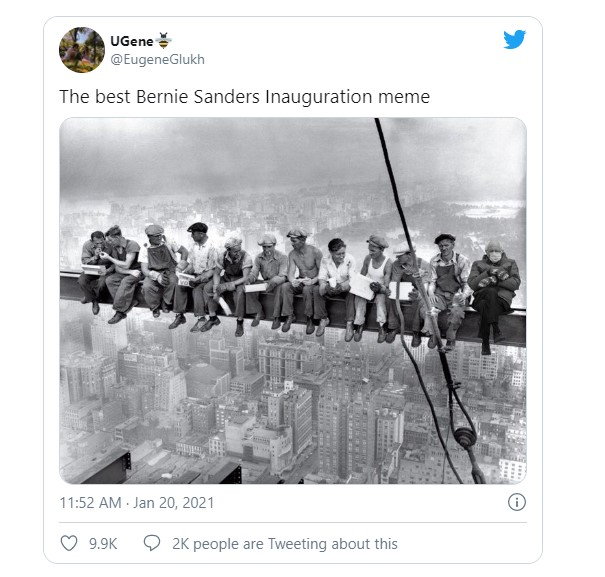 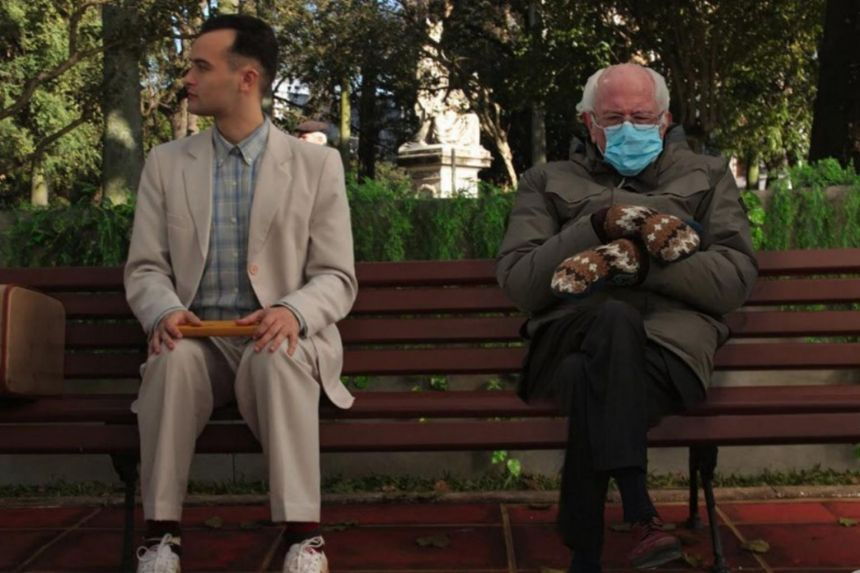 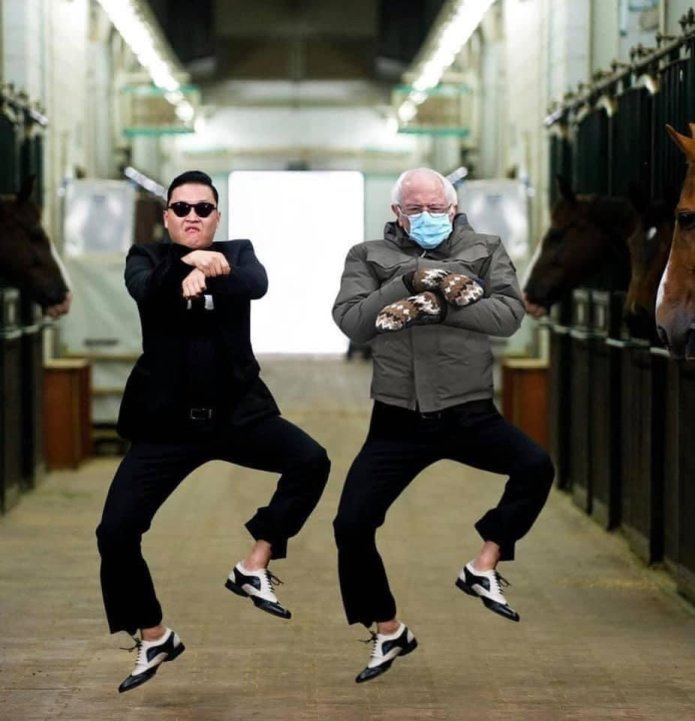 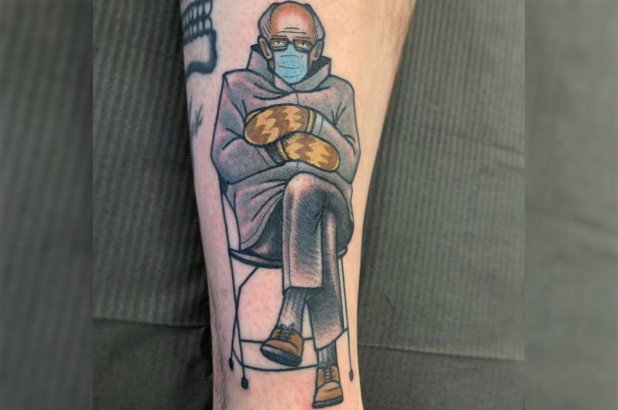 So what’s the backstory behind those notorious brown and white hand-warmers, and why have they captured the nation’s fancy? Perhaps it’s because they were so out of place at such a formal occasion, yet so authentic. It’s like Actor Bradley Whitford tweeted, “One of the reasons people love @SenSanders is they know he would have worn exactly the same thing if he had won the presidency.” 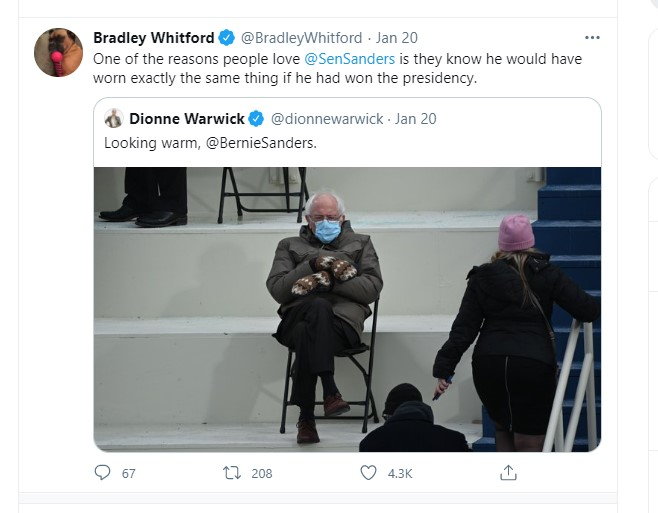 When asked about his couture choice by CBS News, Sanders simply replied, “In Vermont, we know something about the cold. And we’re not so concerned about good fashion. We just want to keep warm.”

Actually the inauguration was not the first time the senator has worn those mittens. They were sported on his 2019 presidential campaign trail after having been gifted to him by supporter and fellow Vermont-resident Jen Ellis. 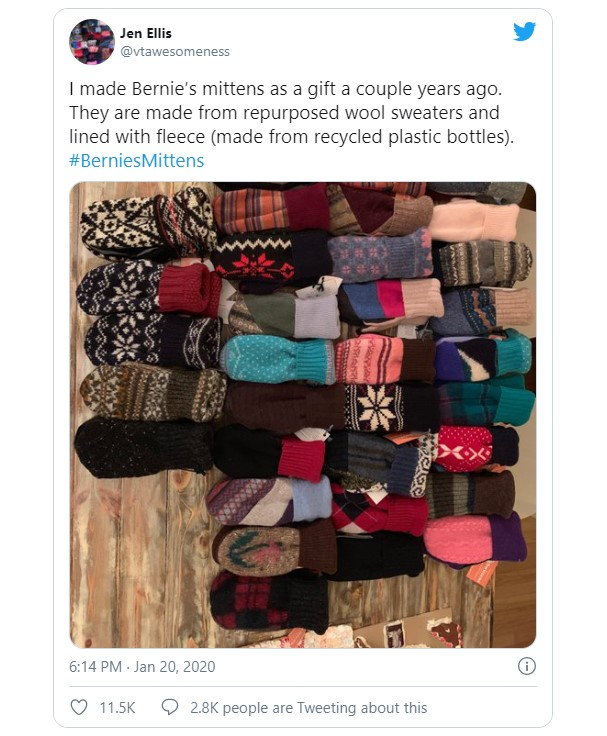 “When he lost the bid for the Democratic nominations in 2016, I was really heartbroken for him because I felt like he probably wouldn’t run again,” the second-grade teacher told the Washington Post. “I thought, ‘I’d like to make him a pair of mittens.’ And I did. I totally remember the night I did it. I was thinking to myself, ‘Is this crazy? I don’t even know this guy.’ But I wanted to make them for him, so I did.” 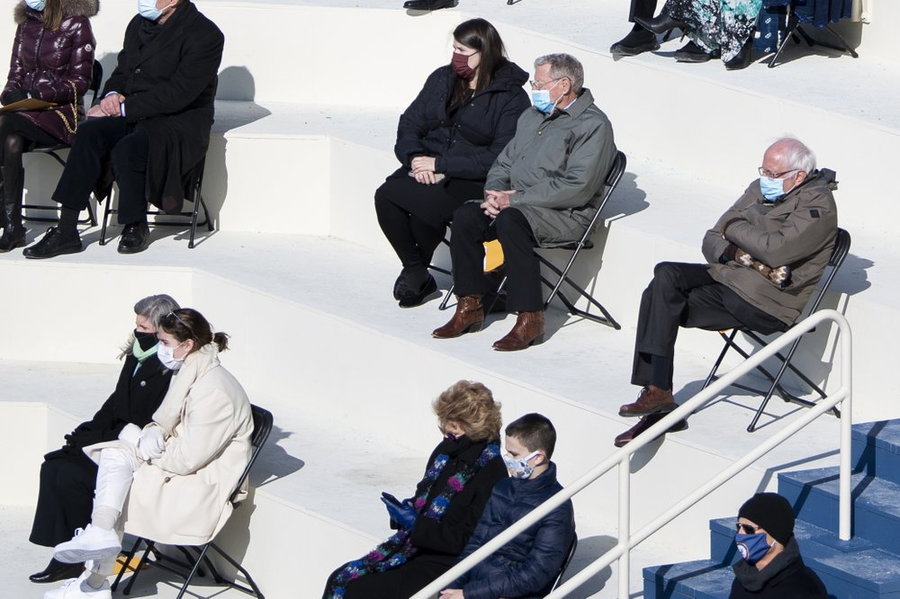 She sent them off in the mail and didn’t think anymore about it. That is, until they became a national sensation at the end of 2019, when Sanders was photographed lending his mittens to a cold-fingered Pittsburgh woman. The pic exploded on social media, and Ellis was flooded with requests for copies of the Bernie fashion statement. Since the hand-warmers take her roughly an hour per pair to make out of old sweaters and recycled plastic fleece, it has never been more than a small side hustle for her. 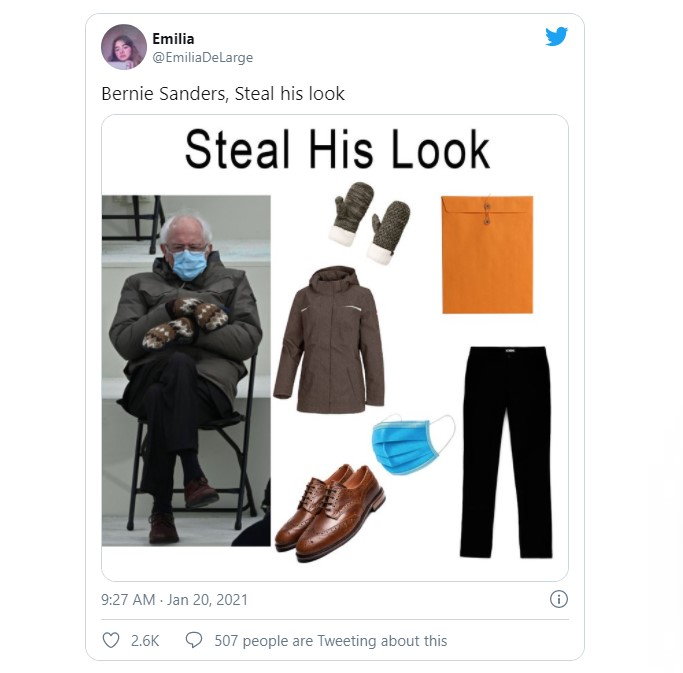 Now that the mittens have gained even greater fame, Ellis has again been inundated by queries from hopeful buyers. “I can’t even find the end of my email. By the time I’ve gotten the count, another hundred people have emailed me.”

She has tweeted that she does not intend to make or sell anymore of the Bernie hand-warmers at this time, but she is touched that her creation was worn at such a celebrated event. “I’m really honored he wore them today. The fact that he’s still wearing them is delightful and flattering,” Ellis said. “There were people at the inauguration wearing clothing from world-famous designers. Then there was Bernie, wearing my mittens.”

Perhaps the most productive aspect of the nationwide Bernie mittens fetish is its translation by the official Bernie Sanders Campaign Store into charitable merchandise. Fans can buy a meme-printed 100-percent organic cotton fleece sweatshirt on the website, with all proceeds being donated to Meals on Wheels Vermont. It retails for $45 but is, predictably, sold out.