The robots are coming, and they’re about to dramatically change workplaces around the world, including warehouses and distribution facilities. The latest creation by Boston Dynamics is a commercial robot called “Stretch,” which is set to hit the market in 2022. This box-moving bot is capable of unloading trucks, de-palleting shipments, and performing other tasks all using a smart gripper attached to a nimble arm. With a compact base about the size of a pallet, the robot can also maneuver through tight spaces easily. 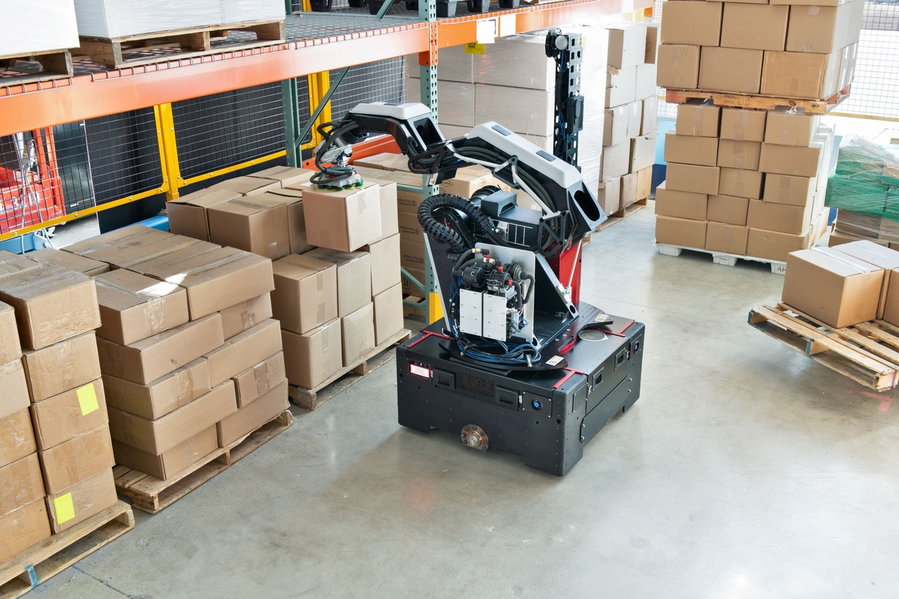 Companies everywhere have been sampling various automation systems to speed up the flow of goods while improving employee safety, but the infrastructure behind them is often bulky and expensive. Stretch is marketed as an adaptable plug-and-play solution that can move in any direction, navigate obstacles, ascend ramps, and identify boxes using “computer vision technology.” Its gripper has embedded sensors to handle a variety of package types while operating at high speeds, and its arm features seven degrees of freedom to reach extra-high shelves. High-capacity batteries keep it moving all day long, though it can also be plugged in for continuous operation. 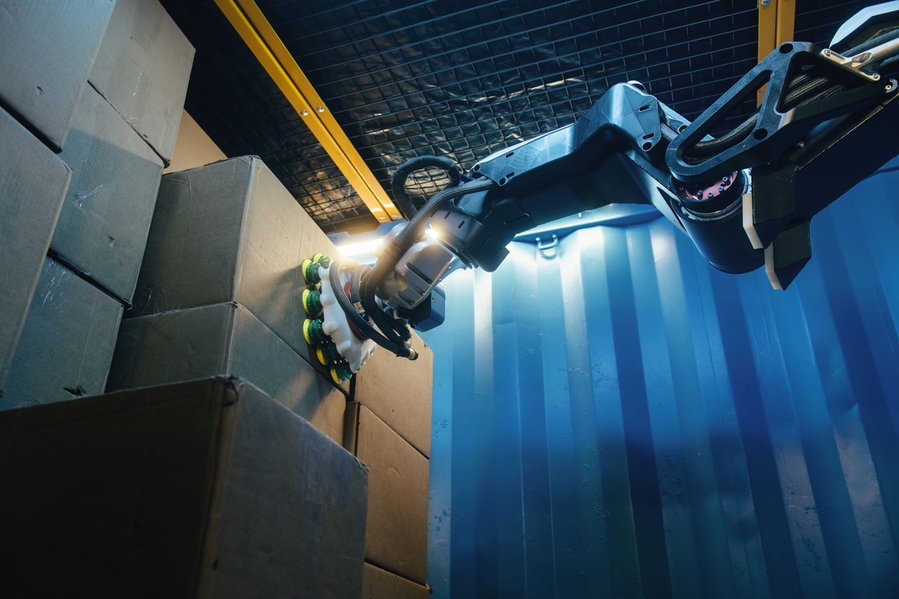 Boston Dynamics is currently seeking customers to pilot test Stretch in real-world scenarios like truck unloading before releasing it to the public.

“Warehouses are struggling to meet rapidly increasing demand as the world relies more on just-in-time delivery of goods,” said Robert Playter, CEO of Boston Dynamics. “Mobile robots enable the flexible movement of materials and improve working conditions for employees. Stretch combines Boston Dynamics’ advancements in mobility, perception, and manipulation to tackle the most challenging, injury-prone case-handling tasks, and we’re excited to see it put to work.” 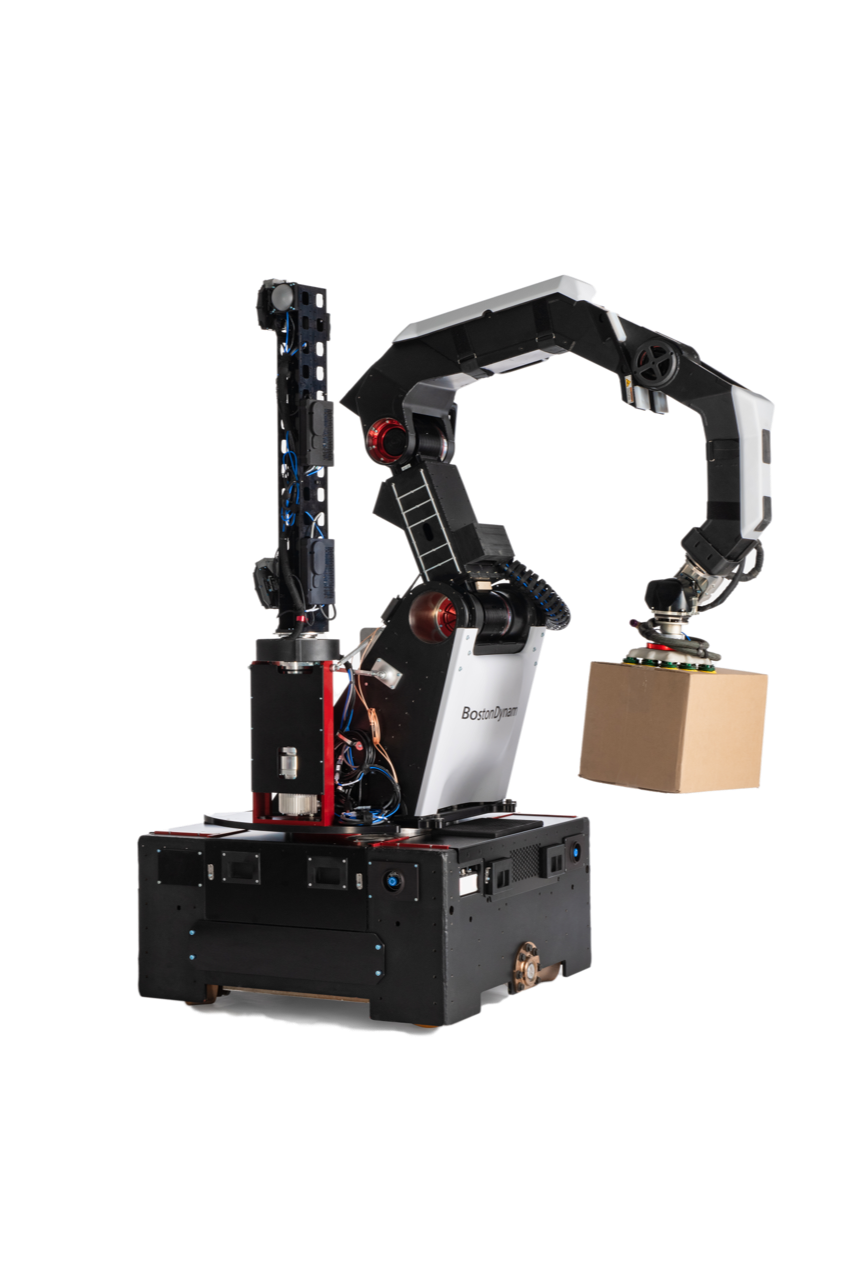 Boston Dynamics was inspired to create “Stretch” after demonstrating what its humanoid “Atlas” robot could do on YouTube.

“When we released our first Atlas ‘Next-gen’ video, there was a part of that video that showed Atlas moving boxes, and we got a big reaction from people in the warehouse space,” says Kevin Blankespoor, Boston Dynamics VP of Product Engineering. “They wanted Atlas to come work at their warehouse. We thought, ‘Well, Atlas is probably a bit complicated to actually go work in a warehouse, but we could design a robot that’s much more simple that has the same attributes.'”

Last year, Boston Dynamics announced their first foray into the commercial market in the form of “Spot,” a $74,500 robot dog that can stand in for humans in a variety of potentially dangerous scenarios, from doctors in the midst of a pandemic to inspectors at oil and gas facilities. Spot was used throughout 2020 as a mobile telemedicine platform that allowed healthcare providers to remotely triage patients using an iPad and two-way radio.

Experts expect that robotics and intelligence will be a big part of daily life by 2025, according to the Pew Research Center. Just about every industry will be affected, but some of the biggest implications will be seen in transport and logistics, customer service, health care, and home maintenance. It’s unclear exactly how this will impact employment. About half of experts interviewed in 2014 expected robots and digital agents to displace significant numbers of both blue and white-collar workers, while the other half believed new jobs and industries would rise to create additional ways to make a living.