A three-part project by French artist JR draws global attention to the impacts of intensive water extraction in Australia on the environment, local farmers, and the indigenous community. “Homily to Country” concluded in dramatic fashion with a procession of four monumental portraits through the desert of Menindee Lakes in New South Wales, symbolizing the interconnection between the subjects and the ecosystem. 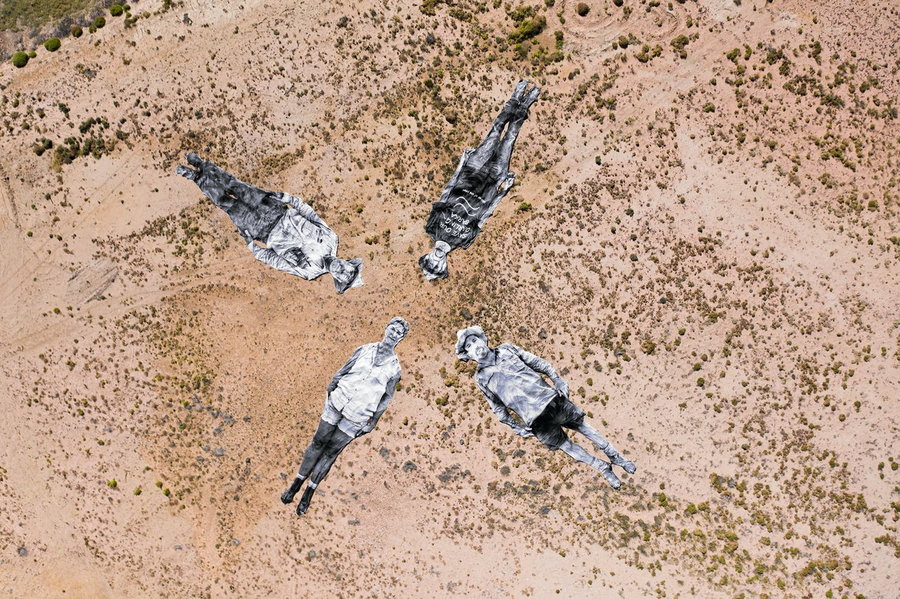 The nearly 100-foot-long portraits were carried by the subjects themselves, including Badger Bates, a senior Baakandji elder and spokesperson on the Back River, orchardists Rachel Strachan and Alan Whyte, and Wayne Smith, a sixth-generation farmer. All have been impacted by the decline of the Darling/Baaka River caused by climate change, inadequate irrigation, and drought. 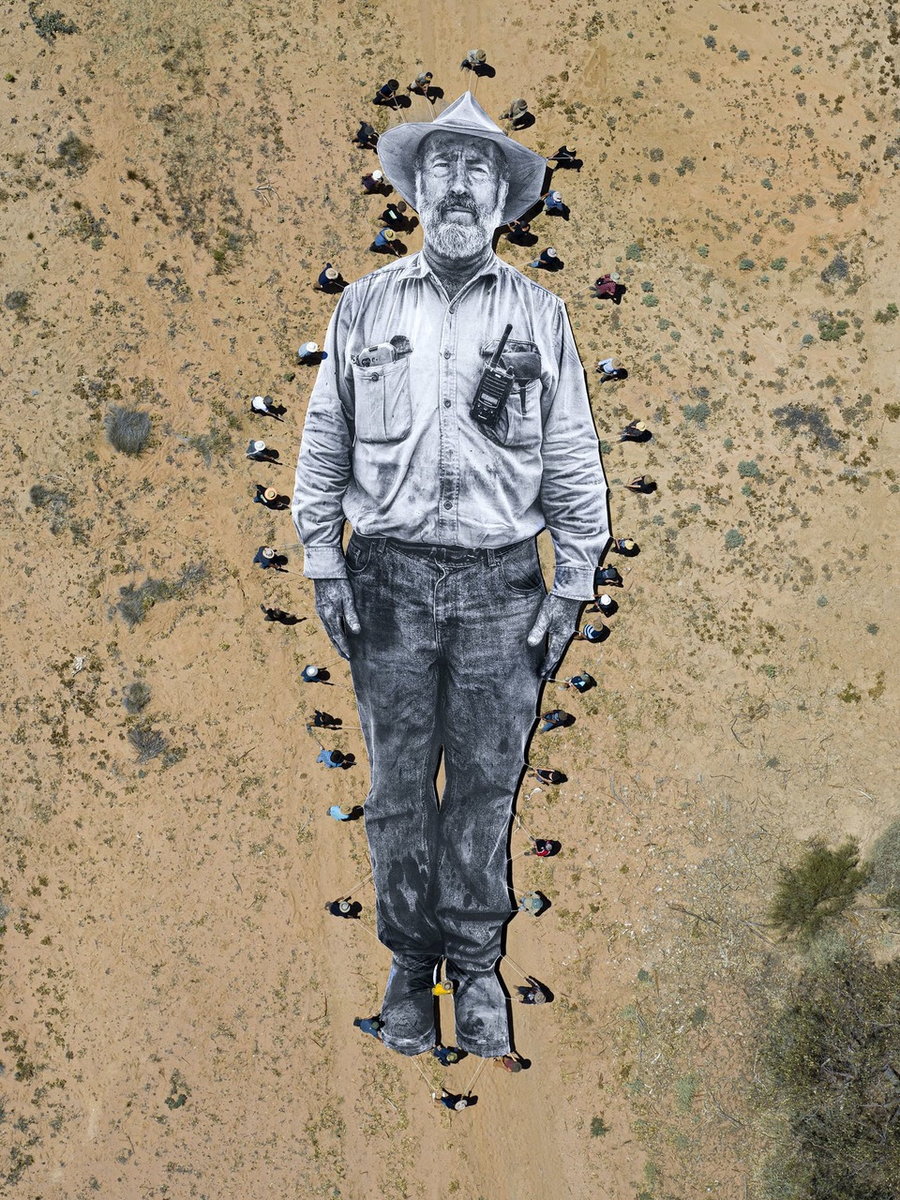 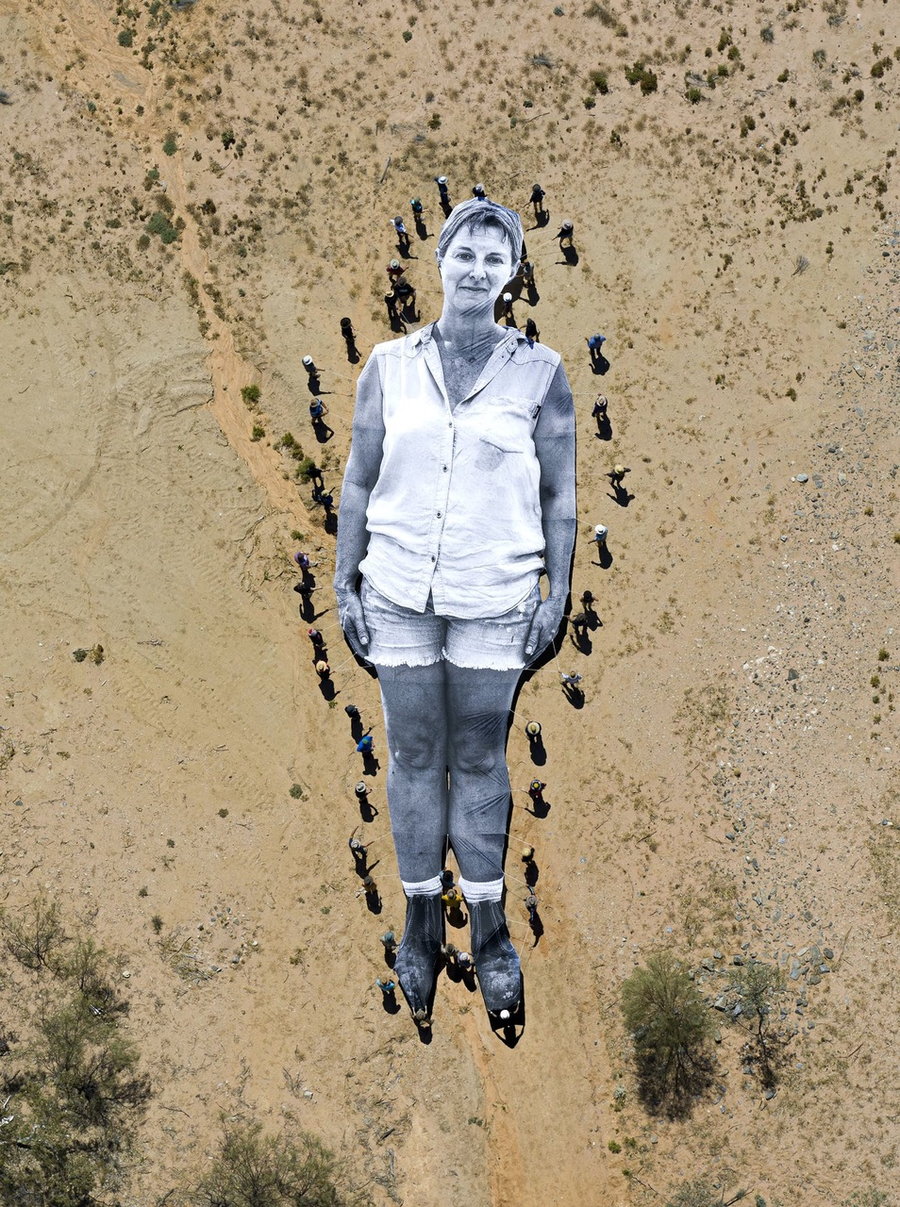 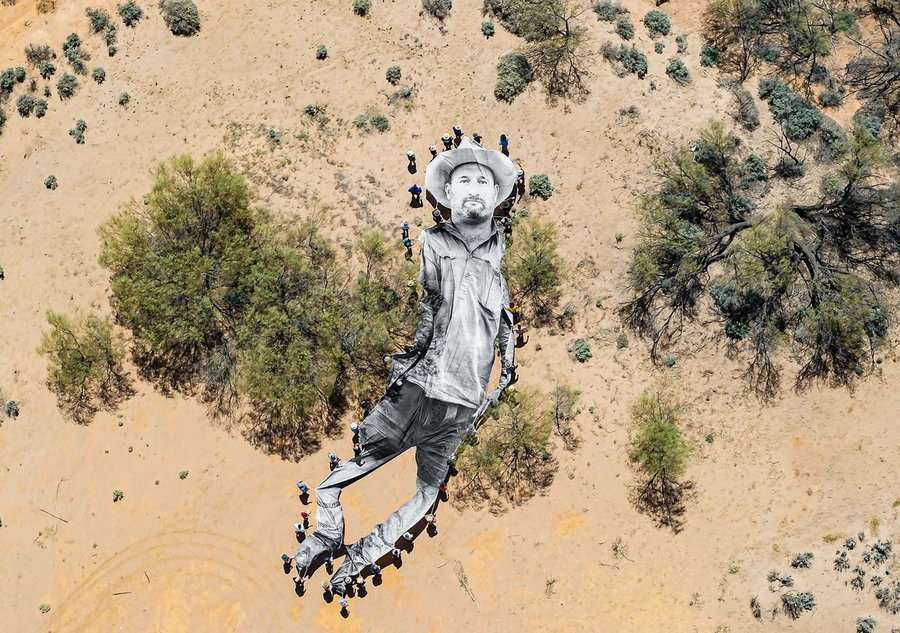 The river is a major tributary to the Murray-Darling River system, the largest on the Australian continent, and its health is directly tied to the health of the Baakandji culture, offering food, fiber, and shelter, among other precious resources. The portrait subjects are among those calling for a new river management system based on indigenous land management practices, including the sustainable irrigation of farms and orchards.

“Baaka is the name of our beautiful river, and it is who Baakandji people are, people of the river,” says Badger Bates. “Baakandji never left our land, we are still here, we love our land and it loves us. We have stories that explain its creation and how everything works, so we know how to look after it.” 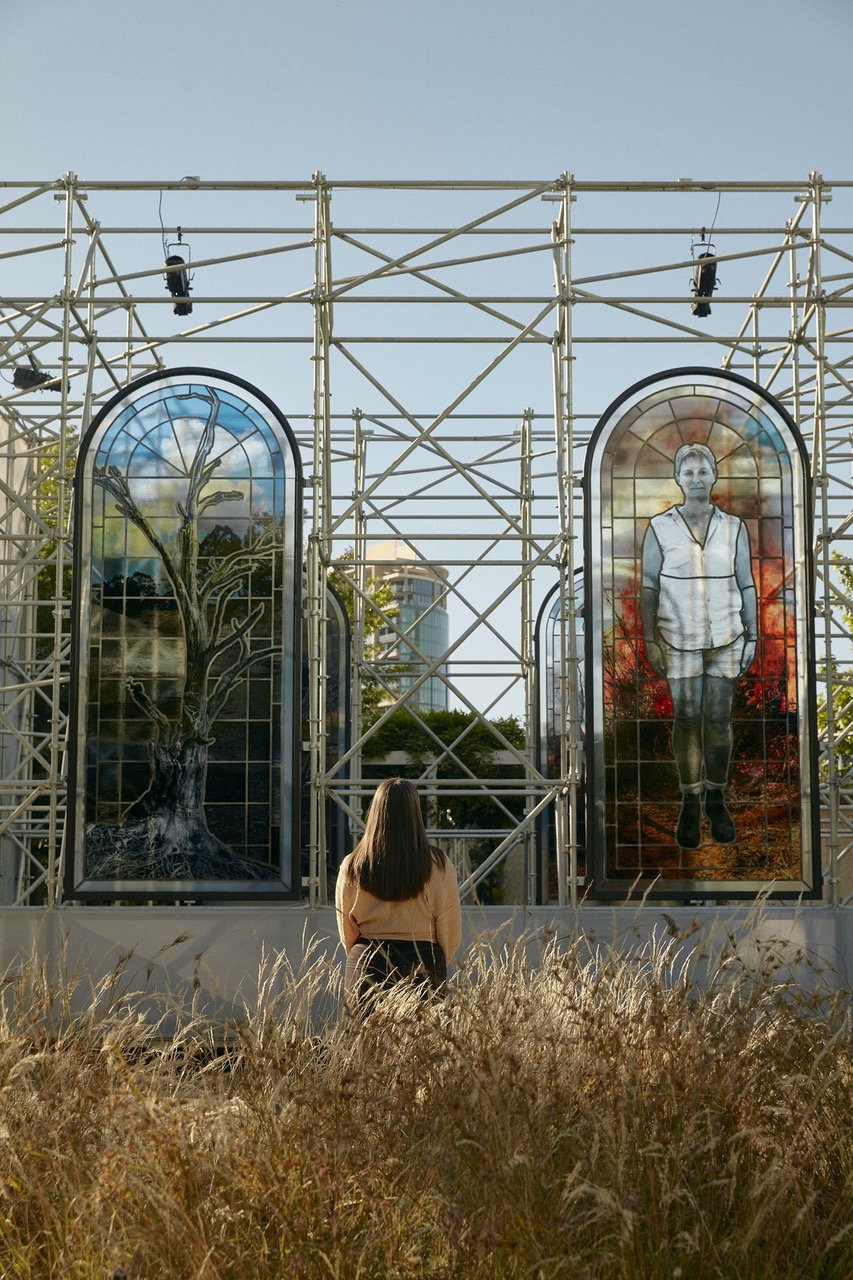 Commissioned by the National Gallery of Victoria for the NGV Triennial, “Homily to Country” also consists of an open-air chapel inlayed with stained glass windows featuring the same portraits in the NGV garden and an accompanying film, which itself includes footage of the procession.

“Through this ambitious project, JR explores one of the most significant ecological issues facing Australia today,” says Tony Ellwood, Director of NGV, adding that “the procession in the Menindee Lakes district as part of JR’s thought-provoking ‘Homily to Country’ works in the NGV Triennial, highlighting important local voices and giving global attention to the environmental concerns of the Murray-Darling River.” 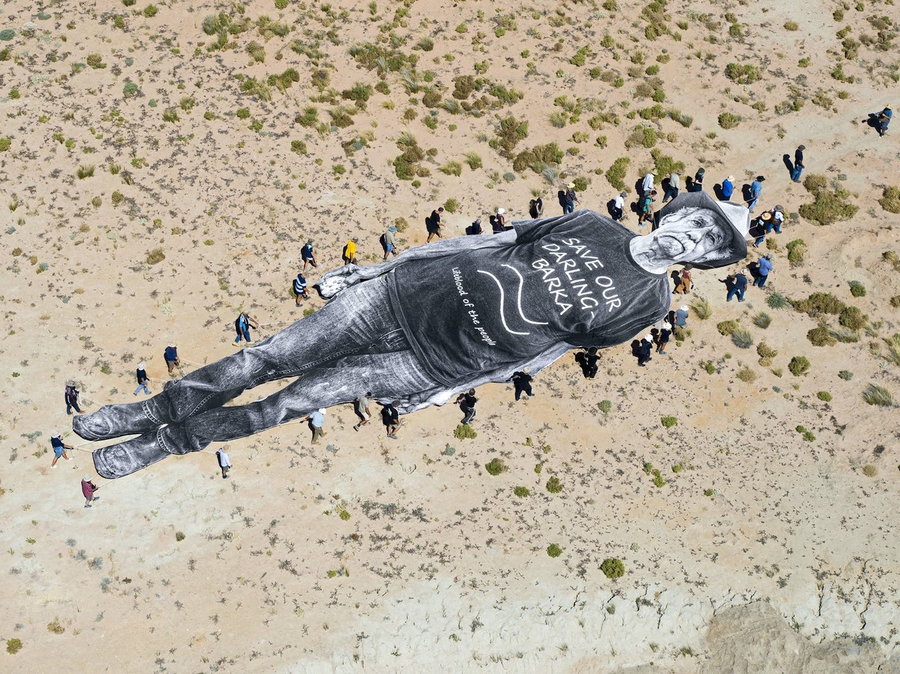 “Homily to Country” began as a continuation of JR’s “Omelia Contadina” project, which shines a light Italian farmers facing many of the same issues. JR traveled to Australia in early 2020, before the pandemic began, to meet with the orchardists who were forced to remove and burn their families’ formerly successful commercial orchards due to lack of irrigation flows.

“I started this project in Italy, very far from Australia, yet farmers have similar issues: protect their environment and live decently from their work,” JR says. “Like many people this past year who were not able to participate in important life moments, I will follow the procession remotely but will surely feel the presence of all the people gathered.”

JR’s signature black-and-white portraiture never fails to start conversations about important topics, like the homogenization of architecture, the plight of undocumented young people in the United States, and the well-being of incarcerated people. Previous projects include a massive Brooklyn mural of 1,000 New Yorkers in “Chronicles,” a thought-provoking temporary billboard along the US-Mexico border in “Giants,” a visualization of the immigrants who passed through Ellis Island in “Unframed,” and photos of local elderly people splashed across the facades of urban buildings in “The Wrinkles of the City.”