What defines New York City? Is it the land itself, or the architecture that has grown increasingly homogenized over the last few decades? Most people would say it’s the vast variety of people who call it home — all 8.4 million of them spread across the five boroughs. Now, a small selection of those residents have been featured in a monumental new mural by artist JR, who’s best known for his black and white photographic works. 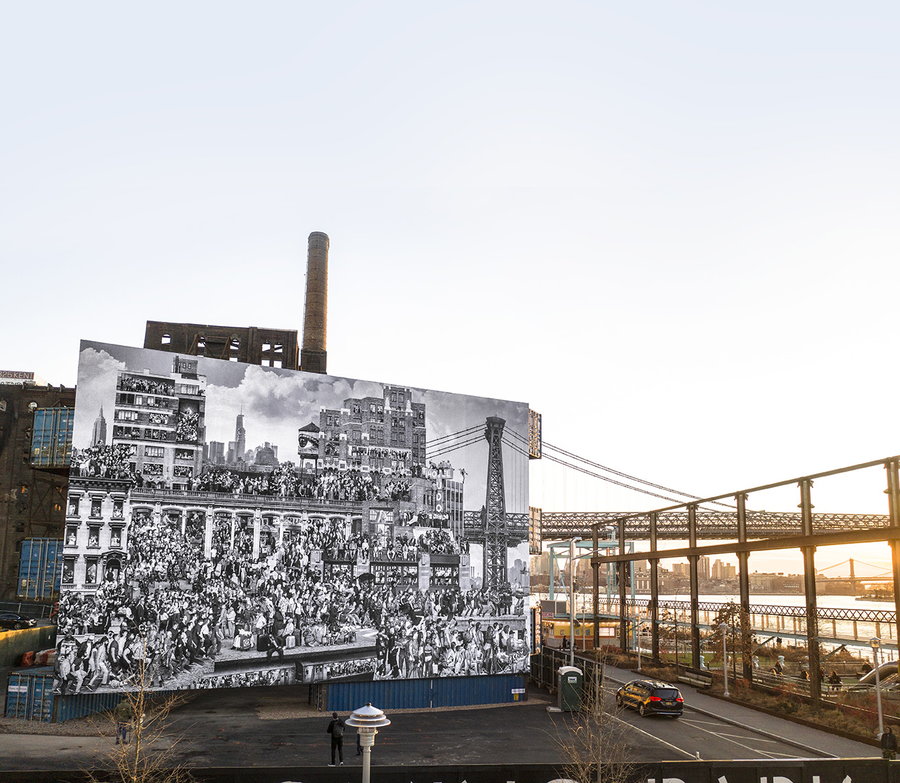 More than 1,000 New Yorkers came together to be photographed by the French artist for “The Chronicles of New York City,” a collaboration with architecture firm LOT-EK, who designed the stack of shipping containers hosting the mural in Williamsburg’s Domino Park. The mural is a compilation of images collaged together into an urban scene and reproduced on a tremendous scale. Overlooking the East River, it draws people into the newly completed park to engage with it via a smartphone app.

The Brooklyn Museum’s description of the artwork reads: “This soaring multimedia installation traces JR’s career from his early documentation of graffiti artists as a teenager in Paris to his large-scale architectural interventions in cities worldwide to his more recent digitally collaged murals that create collective portraits of diverse publics. The centerpiece of the exhibition is ‘The Chronicles of New York City,’ a new epic mural of more than 1,000 New Yorkers that is accompanied by audio recordings of each person’s story.” 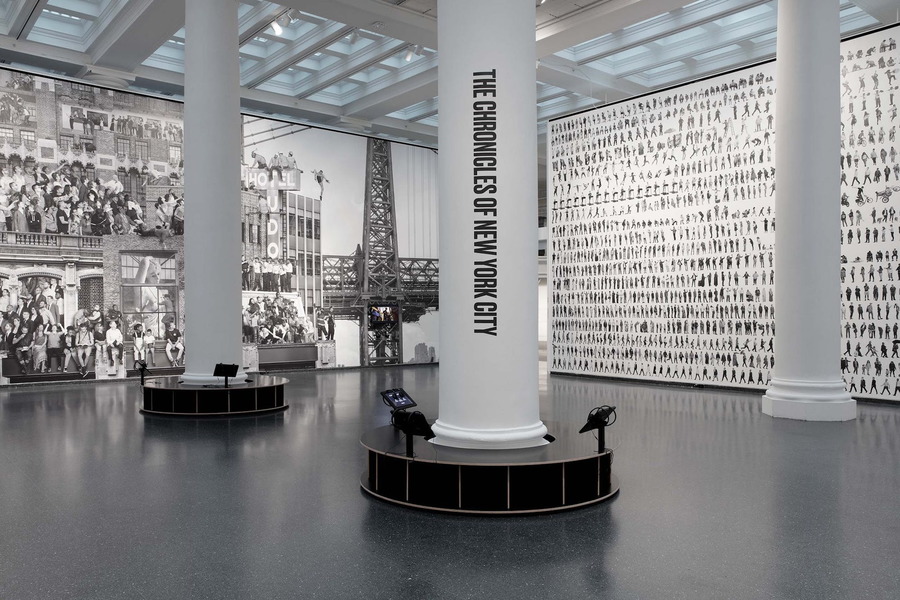 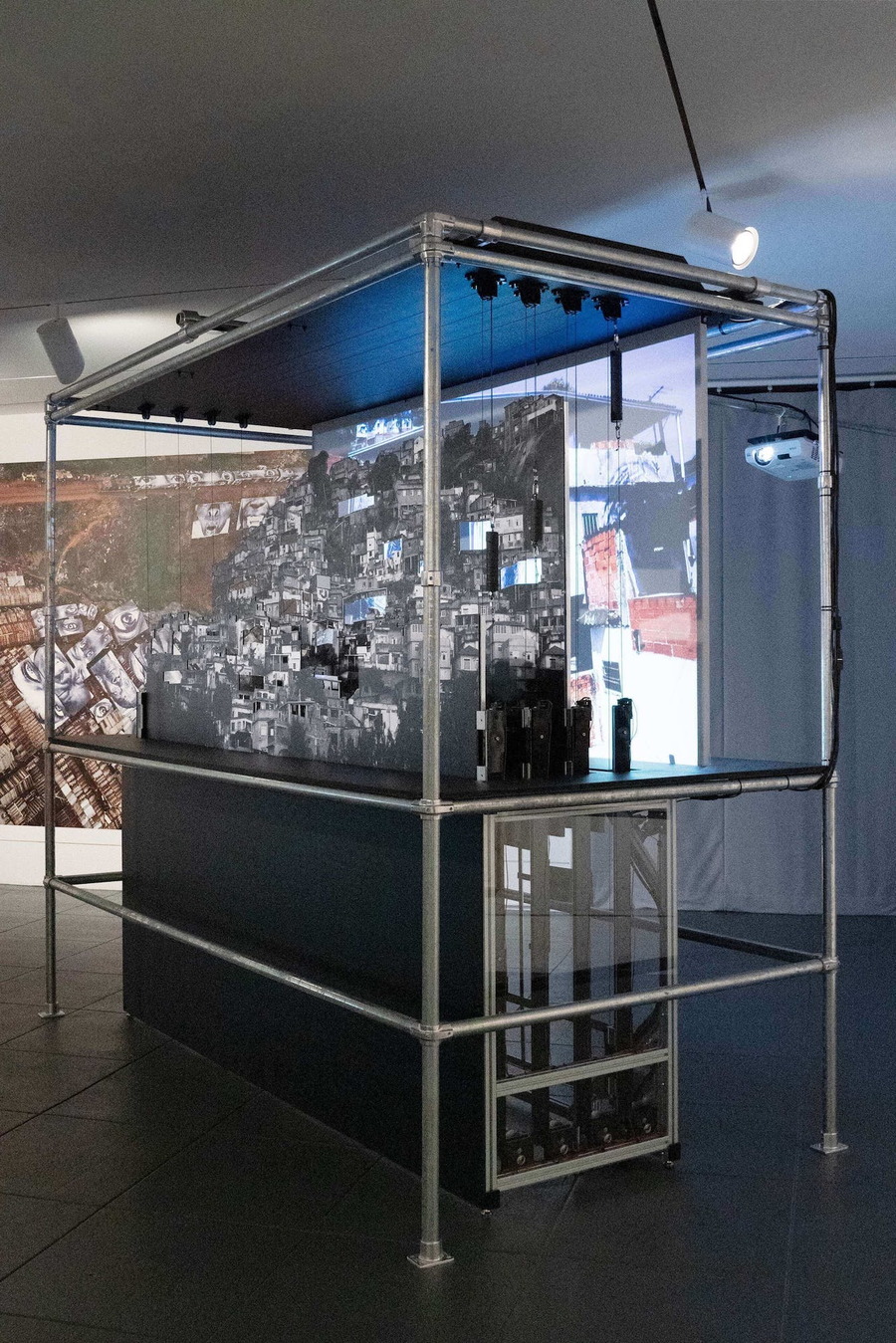 “All of the projects on view honor the voices of everyday people and demonstrate JR’s ongoing commitment to community, collaboration, and civic discourse. Working at the intersections of photography, social engagement, and street art, JR collaborates with communities by taking individual portraits, reproducing them at a monumental scale, and wheat pasting them — sometimes illegally — in nearby public spaces.” 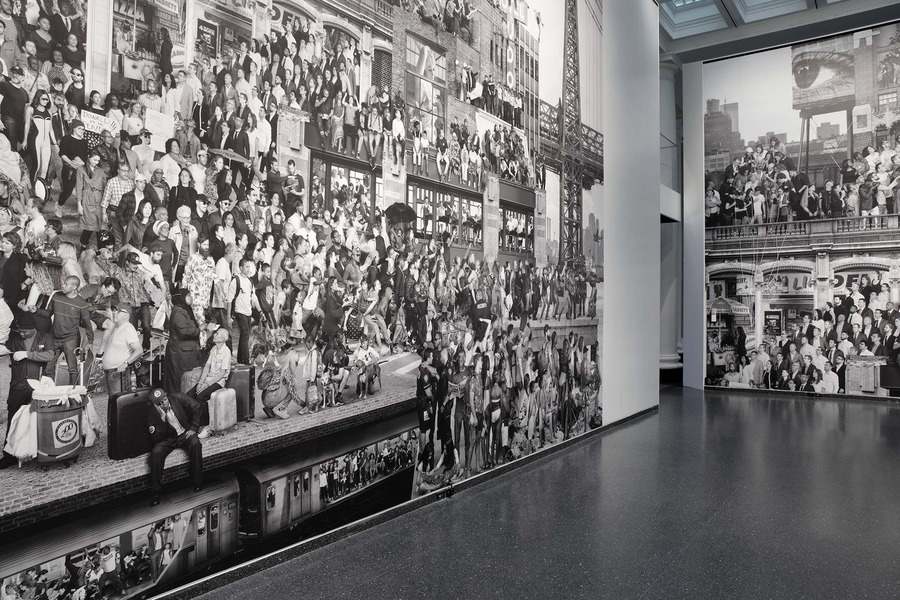 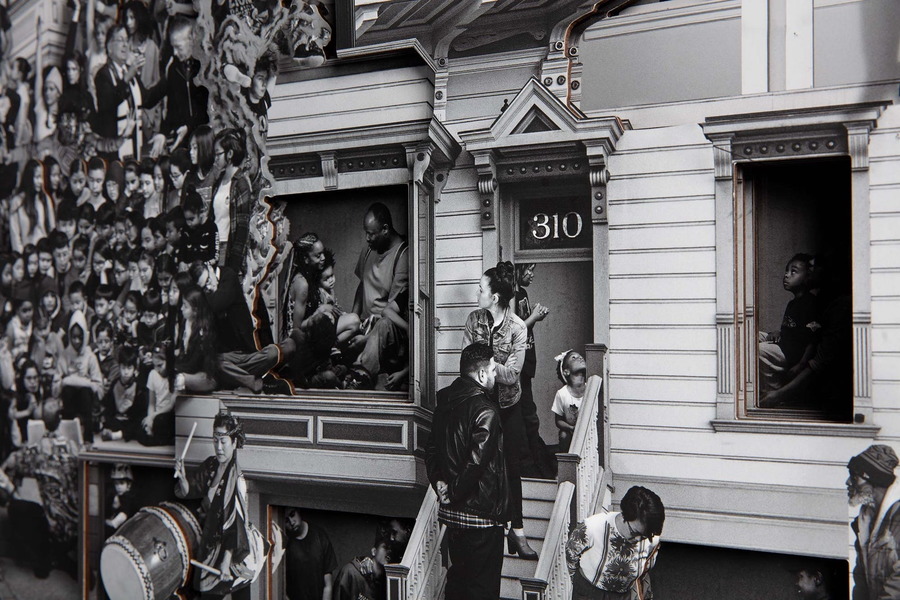 You can also view close-ups of the Williamsburg mural itself, getting a better look at both the individuals featured in it and how the imagery was assembled. Some of the portraits are tucked into windows, or peeking out from the basement level of the brick building. Other subjects are dancing, performing stunts, or playing music. And it’s loads of fun to pick out humorous little details, like a group of people using extra-long straws to drink from soda bottles on a lower floor.

“JR: Chronicles” will be on view until May 3rd, 2020. Other murals can be seen at the Kings Theater in Flatbush and the Brooklyn Academy of Global Finance in Bedford-Stuyvesant, with even more set to appear through the run of the exhibition. 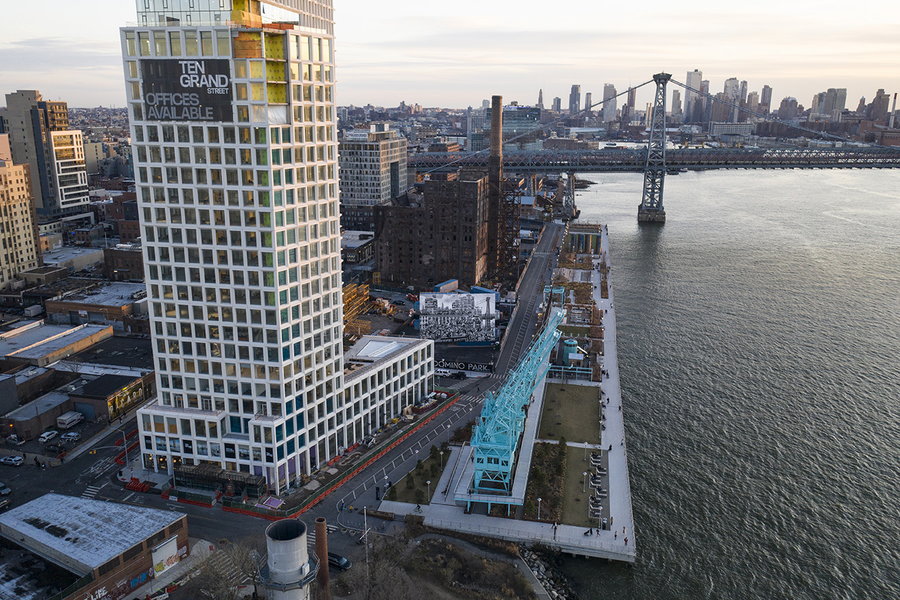 Check out more of JR’s work, including a giant optical illusion mural outside the Louvre Museum in Paris and a poignant US-Mexico border art installation featuring a Latino child peering over the wall. The latter was created as a response to President Trump’s attacks on DACA (the Deferred Action for Childhood Arrivals program), which protects people who were brought illegally to the United States as minors from deportation.