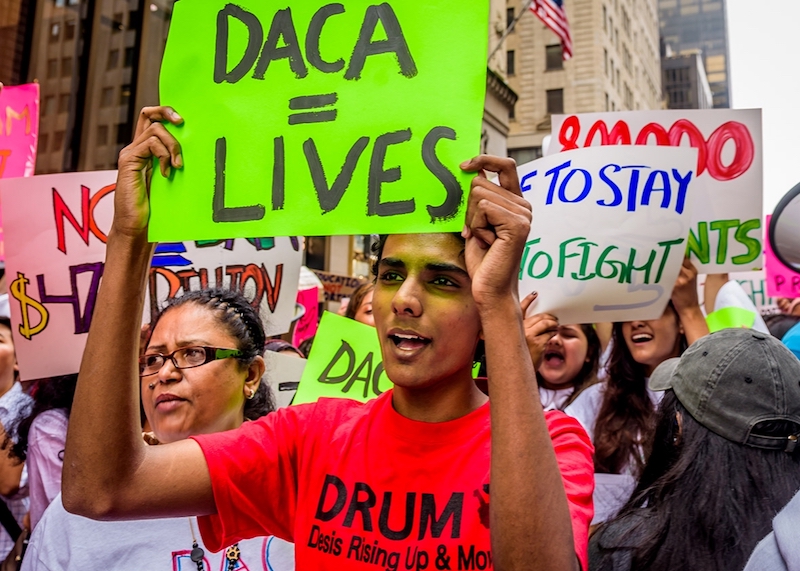 Since 2012, 800,000 undocumented young people (referred to as “Dreamers” because of their protection under the DREAM Act) have applied to become a part of the Deferred Action for Childhood Arrivals (DACA) program, which was established by former US President Barack Obama to protect those who were illegally brought into the country as children from deportation. In September 2017, President Donald Trump decided to end the program in keeping with his campaign promise to deport a historic number of the illegal immigrants currently living in the United States. Since then, the Department of Homeland Security has ceased the processing of any new DACA applications. 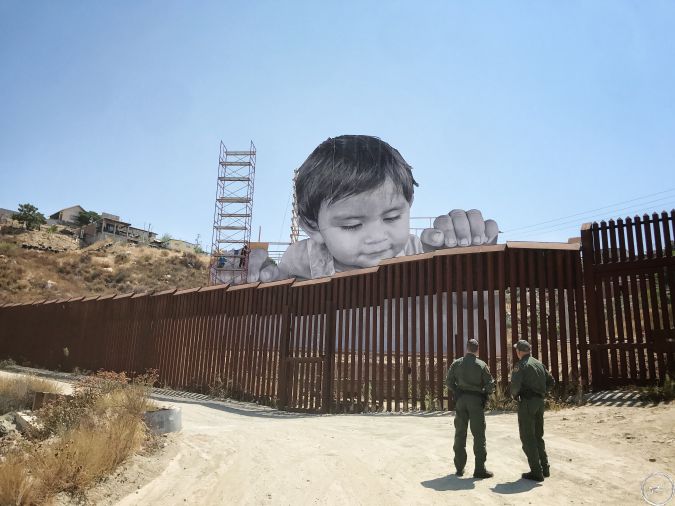 As a creative and thought-provoking response to President Trump’s ending of DACA, French photographer and artist JR has erected a huge temporary billboard cutout of a Latino child peering over the Mexican side of the US-Mexico border. The enlarged black and white image is of one-year-old child Kikito, who is here depicted curiously peeping over the side of the border fence as if it were one of the walls of his crib. Like many of JR’s previous international works, this cutout is mounted on wooden boards and held up by scaffolding.

The installation seems especially pertinent given President Trump’s other strict anti-immigration views. Among other things, the President has promised to build a “big, fat, beautiful” wall at the border. He has also repeatedly claimed that he would convince Mexico to pay for that wall, calling the country “one of the highest crime nations in the world.” 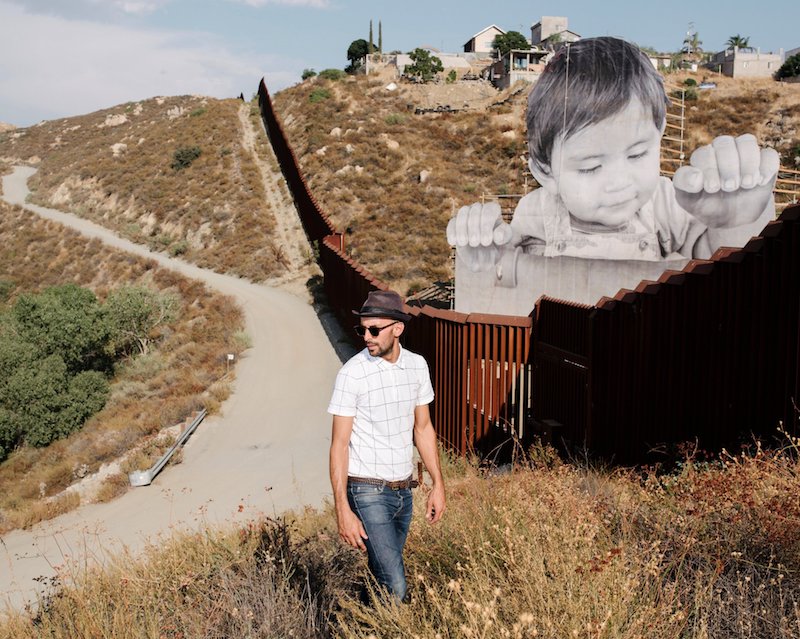 JR is the pseudonym of the French “photograffeur” Jean René, who’s famous for his larger-than-life temporary installations, many of which have become iconic in Paris and all around the globe. JR flyposts black and white images in public locations and claims that the street is the “largest art gallery in the world.” His work “often challenges widely held preconceptions and the reductive images propagated by advertising and the media,” something that has led many to compare it to the works of prominent graffiti artists.

Combining art with action and using his work to reinstate the ideals of freedom, it’s no surprise that the 34-year-old took his team over to the States to set up one of his most outstanding (and most controversial) installations to date. His previous projects have all seen his photographs of often unappreciated and neglected members of cultural societies set in derelict locations, whose walls will undoubtedly outlive the images he pastes on them.

Where Can I See the Installation? 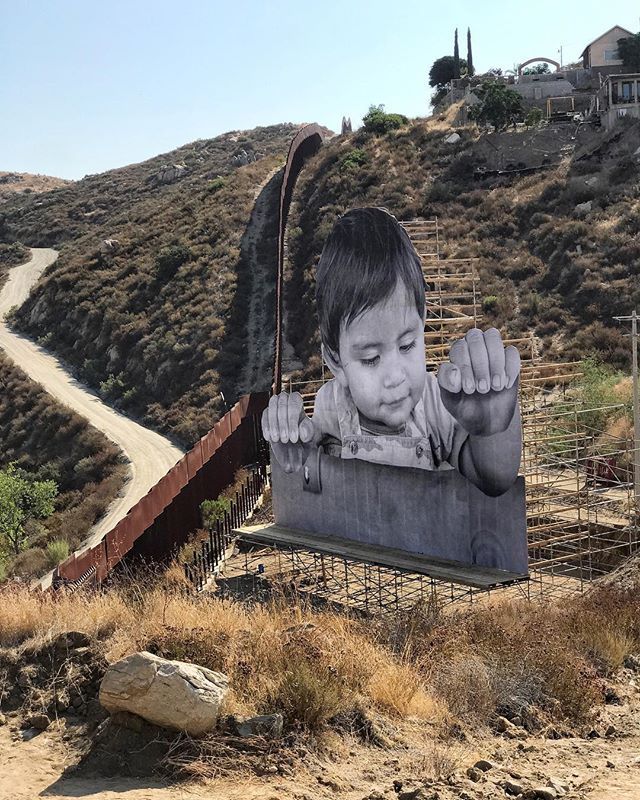 Only set to be up for a month, the giant billboard can be seen from the US side of the US-Mexico border and is located on its Western end near a town called Tecate in Baja California — just an hour southeast of San Diego. Many have already ventured down there to see and snap a photo of little Kikito, helping JR’s vision reach millions of people through the power of social media. The installation will remain there until October 2nd, 2017.