A strange new bench has appeared next to London’s Royal Docks. Rising to heights inaccessible to any human, the bench has an air of absurdity to it — but in less than a decade, it may be the normal-height bench beside it that’s out of reach. “A Cautionary Bench/Mark” marks the water level expected during a severe tidal storm by the year 2030, and could represent a future in which much of London as we know it is underwater. 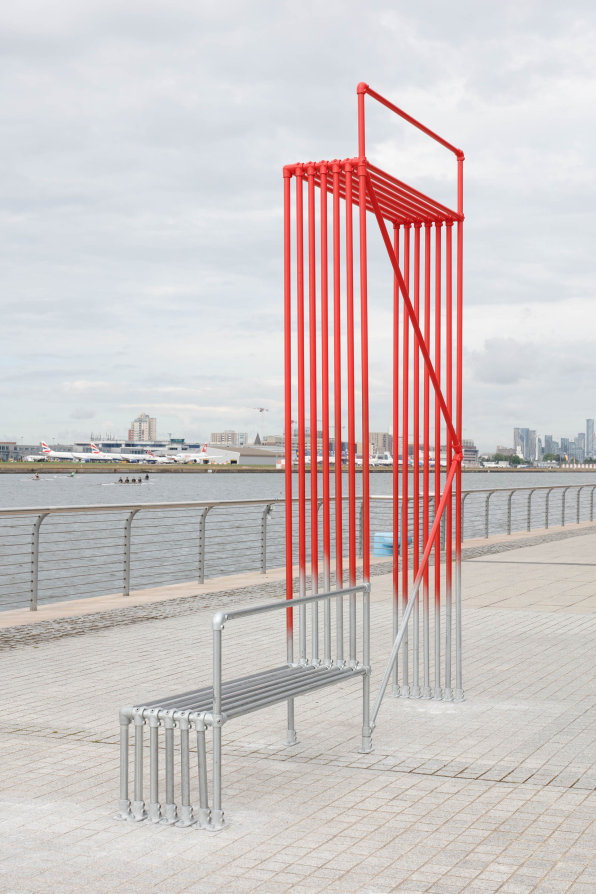 Andre Kong Studio created the bench with students at the local University Technical College of Design and Engineering as part of the London Festival of Architecture 2022. Made of reclaimed materials, it invites passersby to sit and reflect on how we’ll need to change, both individually and collectively, in order to avoid a worst-case-scenario future severely impacted by climate disaster. The taller bench soars 2.6 meters (about 8.5 feet) above the lower bench, or 9.8 feet total. 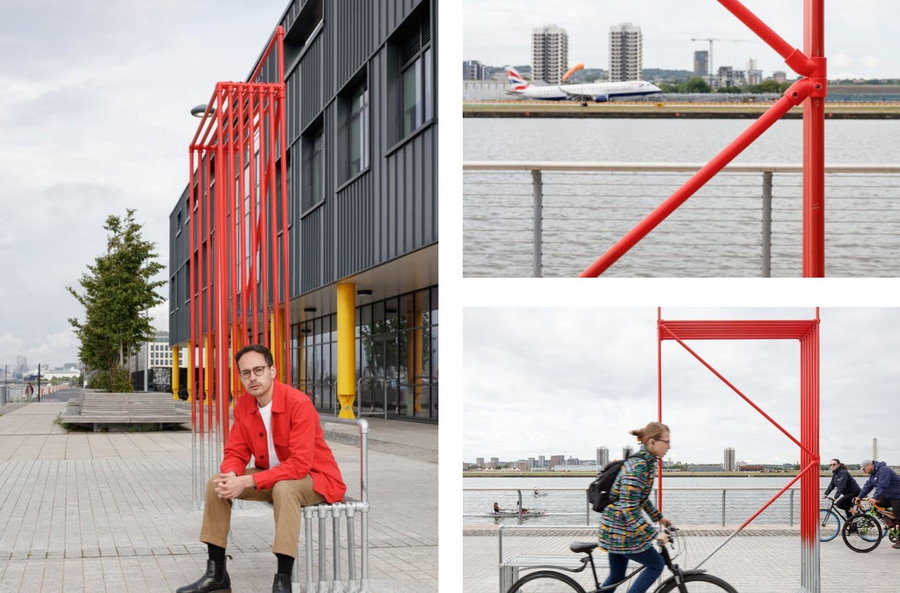 The red gradient seen on the bench’s support frame, reminiscent of a change in color caused by cumulative water level marks, highlights the increasing risk and reinforces the urgency to take action.

“The language of the bench borrows from neighboring maritime infrastructure design around the Royal Docks, using standard metal pipe connections that will allow it to be easily disassembled and re-used for a third time in UTC student projects,” the designer explains. 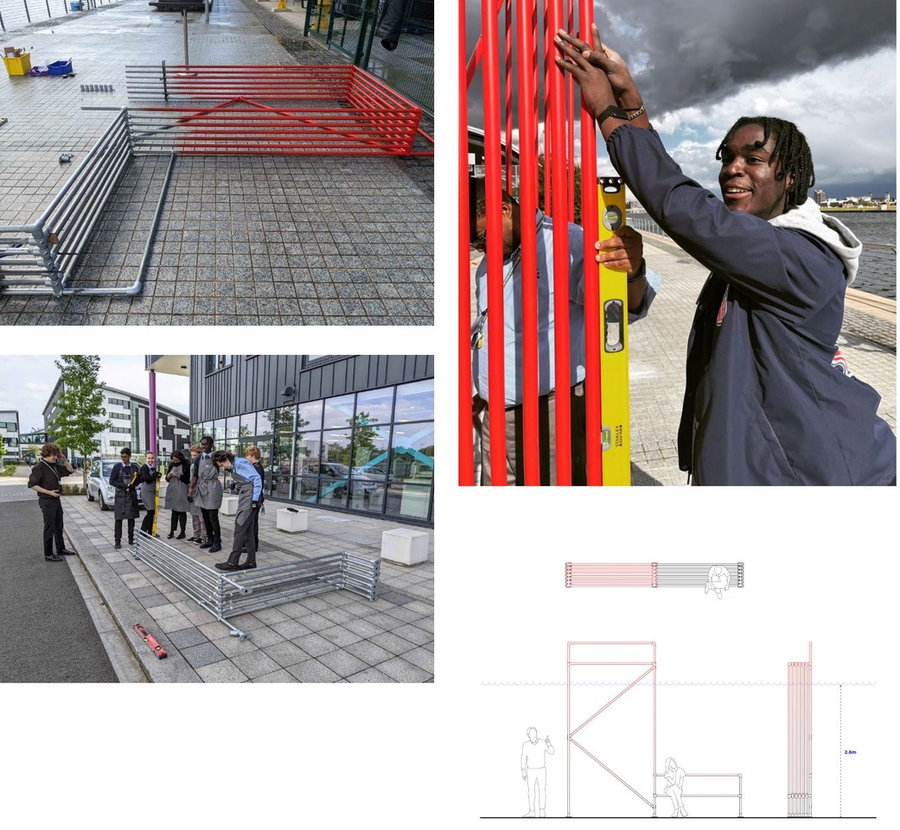 The bench is simple yet striking, and impossible to ignore. It might be easy for some people to say to themselves, “by the end of the century, I won’t be here, so I won’t be affected by the worst of the climate catastrophe.” But the fact that water levels could rise so high in the very near future during a storm should give all residents of London — and similar coastal cities — pause.

The theme of this year’s London Festival of Architecture, “Act,” spurred some interesting and necessary discourse around topics like how the built environment serves disabled people, how we can design cities for women, the trend of “hostile architecture” that aims to make homeless people unwelcome, and interesting new ways to incorporate waste into architectural design. Andre Kong Studio, founded in 2016 by Portuguese-born British architect Andre Sampaio Kong, is itself an LGBTQ+ led practice committed to diversifying the built environment. 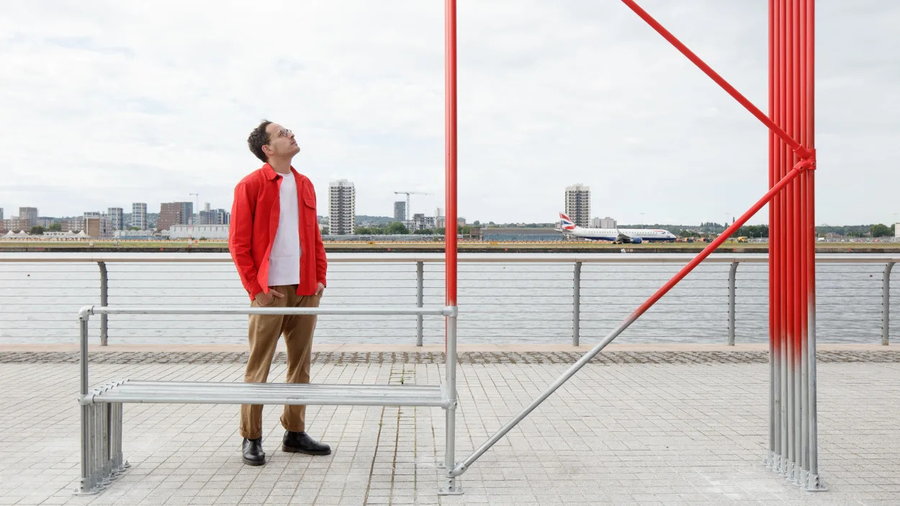 “After such a long time of enforced passivity, the imperative to act is felt by so many of us, whether we are architects or not, while the pandemic has exposed so many things that need to change,” reads the London Festival of Architecture website. “How, for instance, should architecture act in the face of the climate emergency, social injustice, and the needs of a changing society? How can architects make their actions felt beyond their profession — how can they be heard more clearly, become more valued, or collaborate more meaningfully? The theme for the LFA 2022 is ‘act.’ Through the festival we’ll examine how we can act for ourselves, each other, our cities, and the environment.”

Interested in learning more about how architecture can be inclusive? Check out our articles on how hostile anti-homeless design darkens our cities, and how colorful interiors can reimagine what accessible architecture looks like. We also love MUJI’s prefab housing kit for seniors.