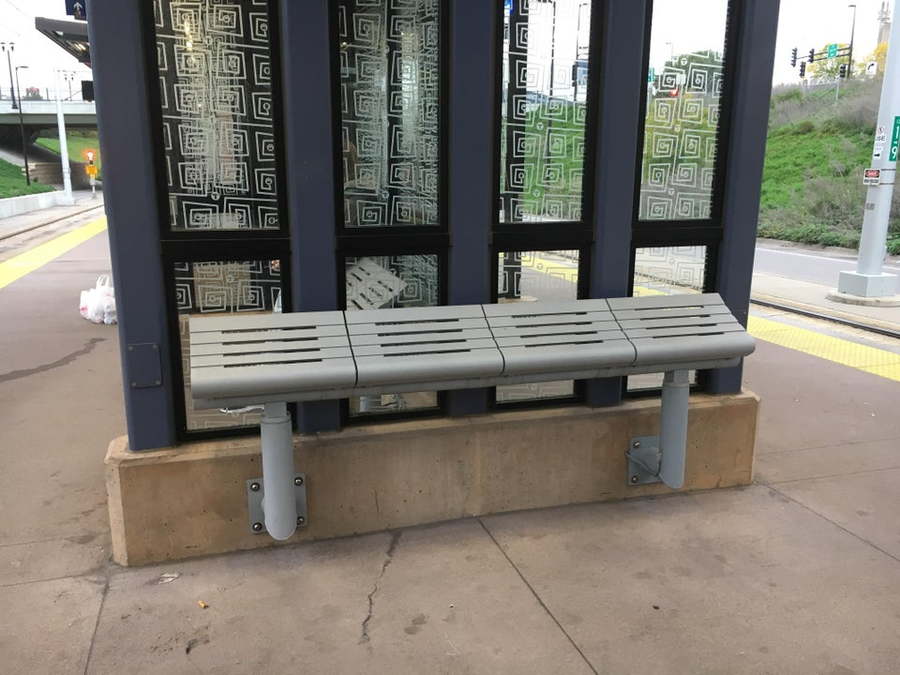 You’re not just imagining it — urban architecture has gotten a lot more uncomfortable lately, and not by accident. So-called “defensive architecture,” also known as “hostile architecture,” is a real design strategy that aims to displace homeless people in public places all over the world.

What a Spikey Situation (found in Amsterdam) from HostileArchitecture

The city of Düsseldorf, Germany, placed rocks under a bridge to stop the homeless from sleeping there. Activists removed the rocks and placed them infront of the town hall from HostileArchitecture

Seats are slanted too steeply to sit for long. Benches have armrests dividing up the space, so it’s impossible to lay down. In some cases, seating is removed altogether from entire city blocks, or locked up to be unusable at night. Steps outside stores are studded with spikes and bolts. Boulders and other obstacles appear in the only shaded areas where someone could pause and rest out of the hot summer sun. Even handrails get spikes of their own, ostensibly to thwart skateboarders. Awnings have subtle gaps built in so if you hang around too long, you’ll eventually get wet.

Quite a useful handrail! from HostileArchitecture

There’s an entire bustling subReddit devoted to finding and photographing this kind of design, making it clear just how prevalent it’s become. In Toronto, the #defensiveTO project maps each instance out with accompanying images. Some attempt to be artful, masquerading as sculpture, like the metal benches installed at the South Philadelphia Transit Authority. Most are plain about what they mean to accomplish, practically glowing with hostility.

All over the world, features like these have been installed in response to a rise in homelessness. Proponents of hostile architecture claim that it’s necessary to maintain public safety, discouraging loitering or “rough sleeping.” As the argument goes, customers shouldn’t have to look at such distasteful signs of poverty while attempting to patronize businesses, and loiterers are associated with crime.

Of course, homeless people aren’t the only ones affected by hostile architecture. Everyone who lives in or visits the city has to see and deal with it, including disabled, pregnant, and elderly people. Then there’s the casual cruelty of installing such features in the first place while completely failing to address the root causes of homelessness, asking people to go “somewhere else” without ever thinking about where that “somewhere else” is supposed to be.

COVID-19’s effect on the economy has given more people a sense of just how thin the line can be between “getting by” and having nowhere to live, especially as housing becomes increasingly less affordable. Homelessness has increased on a national level in the United States for three consecutive years, with hundreds of thousands of people lacking shelter altogether. Even worse, that figure is only expected to rise in 2021. 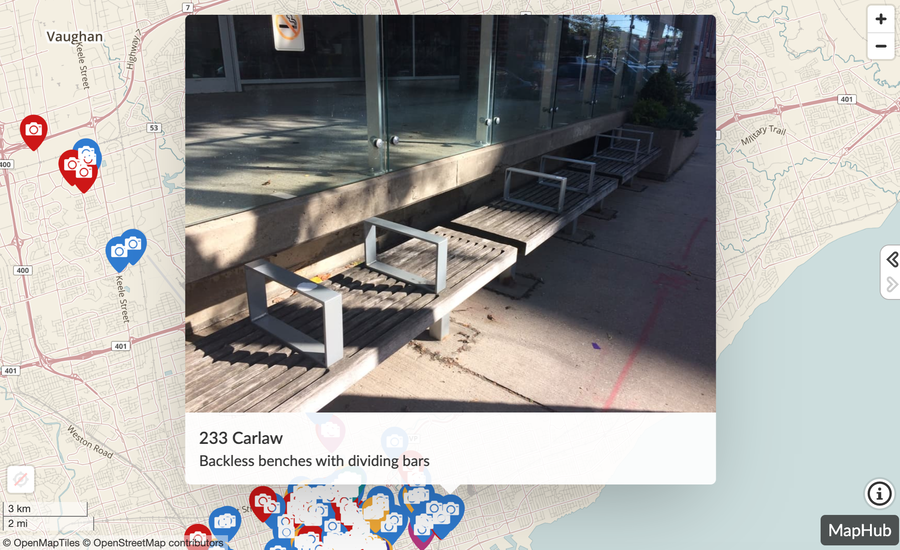 Public spaces should accommodate the public — and that means everyone. They should make us feel appreciated and supported as citizens. They should encourage us to linger, enjoy our surroundings and interact with each other. When urban environments fail to meet these basic needs, they’re also altering the mood of the entire city, making it more cynical, unfriendly, and just plain ugly.

Hostile architecture isn’t a design problem. It won’t be corrected by asking designers to twist themselves into pretzels to produce public spaces that are somehow equitable, attractive, social, and also aggressively unwelcoming to people who are seen as undesirable. It has to be addressed on a social and political level, starting with our own individual actions. If you’re disturbed by increasingly hostile urban design in your area, call it out publicly and hold your local authorities accountable for change.