Since 2012, the homeless population of Los Angeles has increased by 75 percent, now totaling a reported 55,000. According to the website for the Los Angeles County Homeless Initiative, that number is actually closer to 58,000. Either way, few care enough about this growing community to want it to stay anywhere near them. They are fine with simply giving them a handout — so long as the hand that’s used to deliver it is not their own, of course. 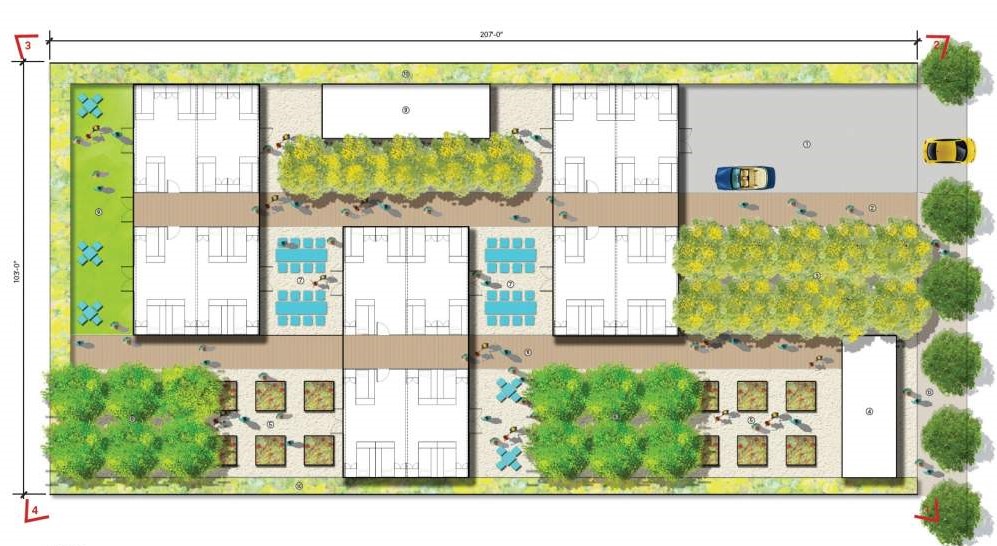 The obvious homeless are those in tent cities on streets and next to freeways. To many residents, these cities are unsightly, prompting them to oppose any settlement plan that threatens to get too close to their backyards. Even though a majority of residents agree that homelessness is a big problem in the Los Angeles area and have even voted for public policy that allocates hundreds of millions of tax dollars to help the situation, the compassion of some quickly turns into resistance once their own neighborhoods are selected as possible settlements.

There is evidence that suggests this resistance is about much more than just aesthetics, but if appearance is in any way standing in the way of giving people hope, then ensuring that good design is used to elevate the dignity of future shelters is imperative. This is especially true of temporary shelters, (also known as bridge housing), which are needed to protect the homeless population while more permanent solutions are constructed. 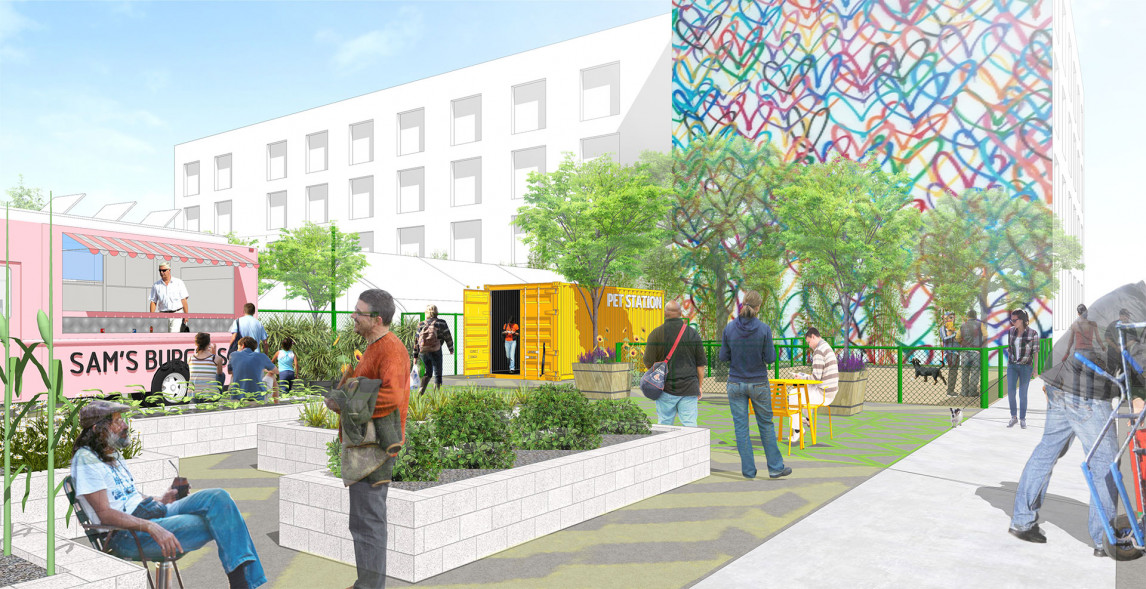 There is also another group to consider when discussing this issue: the unseen masses who either live in their cars or apartment hop between sympathetic and discrete friends. These people could never be singled out as being homeless, but their lack of a stable address does put them in that category. For all you know, this could even be the case for someone you work with. This should at least evoke more compassion among the permanently housed public. Yet, the temporarily housed and the flat-out unhoused continue to be treated like lepers who just ruin neighborhoods and decrease property values. 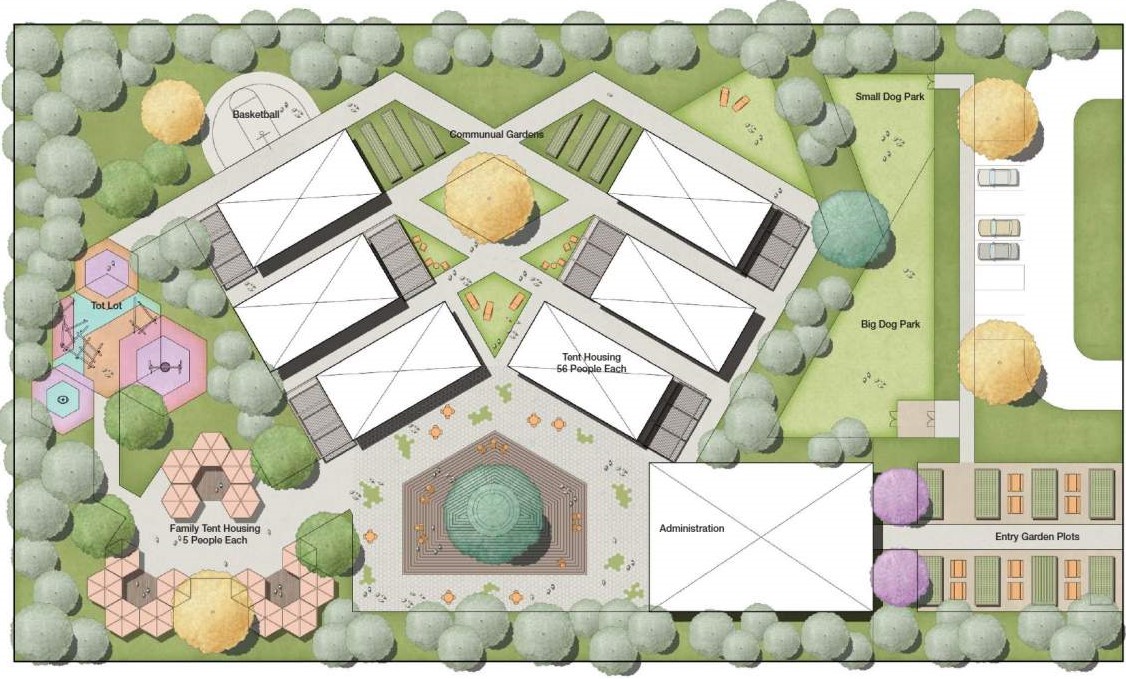 In July of 2018, when the Urban Land Institute’s Los Angeles District Council and Mayor Eric Garcetti tasked six architecture firms with designing shelters that all residents could support, they wanted proposals that felt less isolated and utilitarian and more hopeful and communal. Instead of treating people like livestock, these shelters would treat people like human beings. Additionally, each proposal had to have amenities like outdoor common areas, food trucks that offered healthy options, and social services for those with mental health and substance abuse issues. The firms were paired off to create three total teams, each of which respectively designed a modular prototype shelter for 50, 100, and 150-plus users.

The proposal with the smallest footprint is JFAK Architects and RELM Studio’s design for a 50-bed shelter. The sleeping areas in it would be housed in larger buildings, leaving the majority of the actual site for lush groves with seating areas, mini courtyards, and a small welcome center. 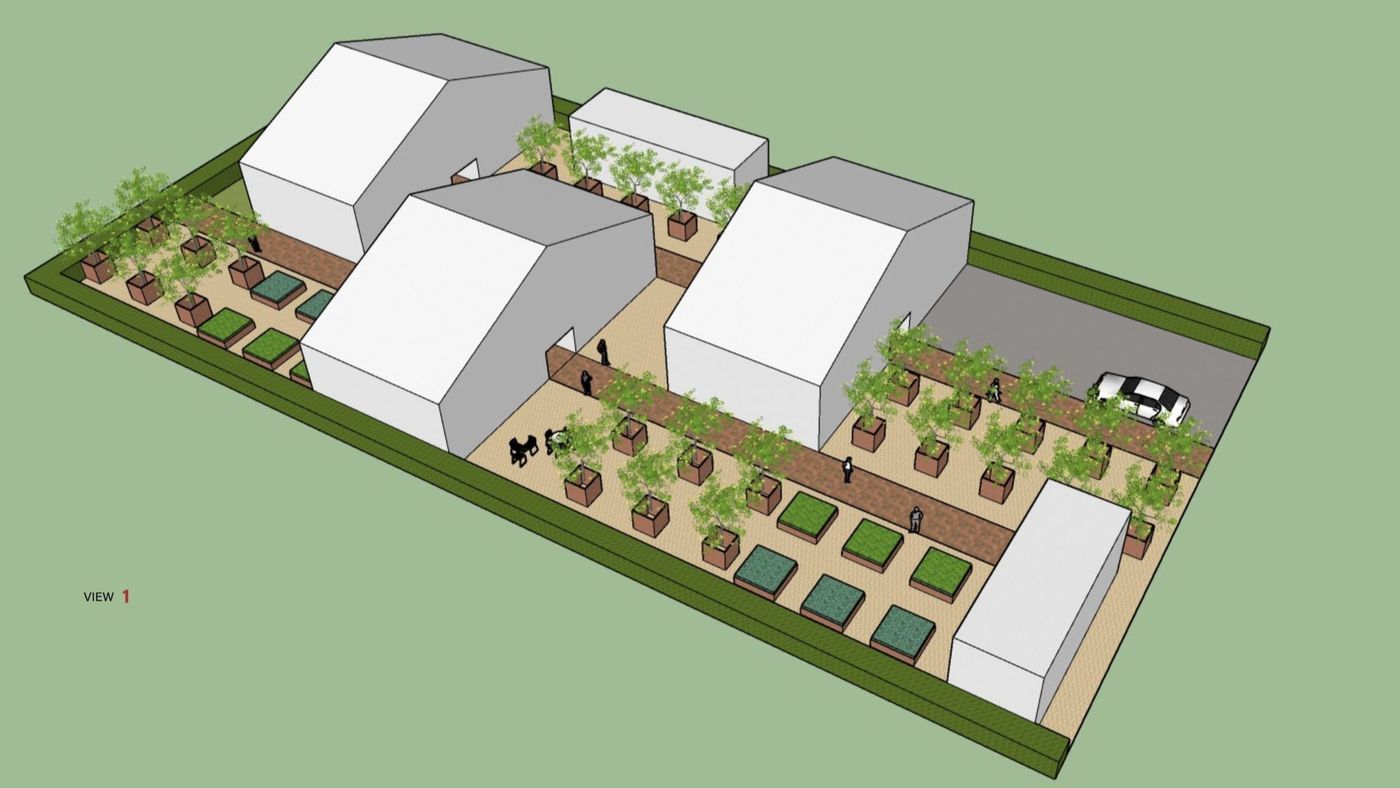 The 100-plus bed proposal by SWA and Studio One Eleven offered housing options for both families and individuals. Community gardens, dog parks, restroom facilities, a central courtyard, tree-lined pathways, and public art are used to help the homeless community see the shelter as an actual sanctuary. 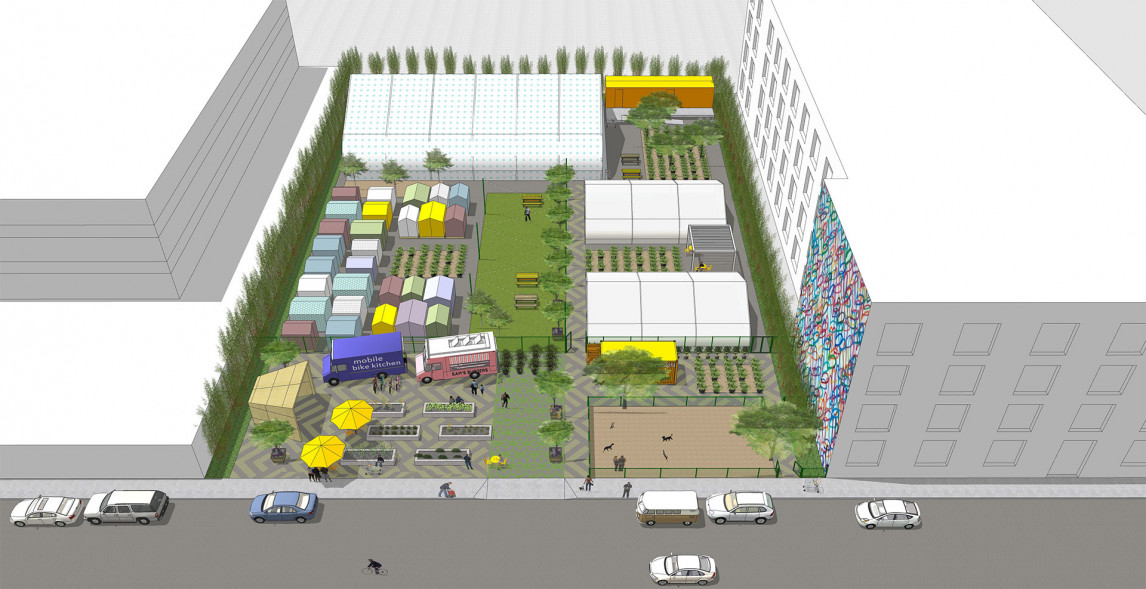 DLR Group and EPT Design‘s 150-bed proposal boasts an allure comparable to that of a modest resort. Accessible from the street via an entryway lined with garden areas, residents are welcomed and briefed at an administrative pavilion before being directed to their living quarters. Play areas for kids, recreational spaces for adults, dog parks, benches in communal spaces, grass, and trees make the shelter feel that much more like home. 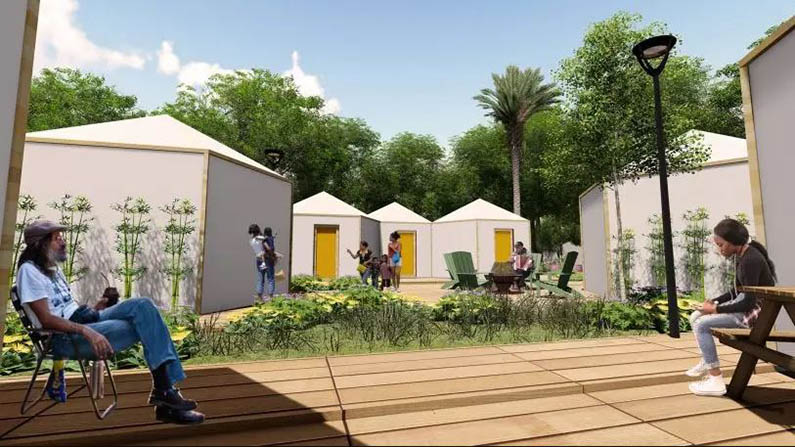 Fortunately for Los Angeles’ homeless population, 15 of these community-based shelters will soon be built all over the county, each one a bridge to a hopeful, less nomadic existence. Unfortunately, far too many residents seem to be demanding gratitude as a kind of consolation prize in exchange for their embracing of these shelters. Proclaiming that “the homeless should be grateful” still shows a lack of human decency, which can only come from graciously lending a hand and making the disenfranchised feel like society actually cares about them.