If you’ve ever felt so overwhelmed by life you wished you could just float around in outer space for a while, here’s an experience made just for you. Danish artist and architect Olafur Eliasson has created a surreal light show in which morphing forms of colored light billow across a gigantic curved screen in a dark room. The sequences feel like otherworldly three-dimensional entities, as if you’re glimpsing cosmic phenomenon never before seen by humankind. 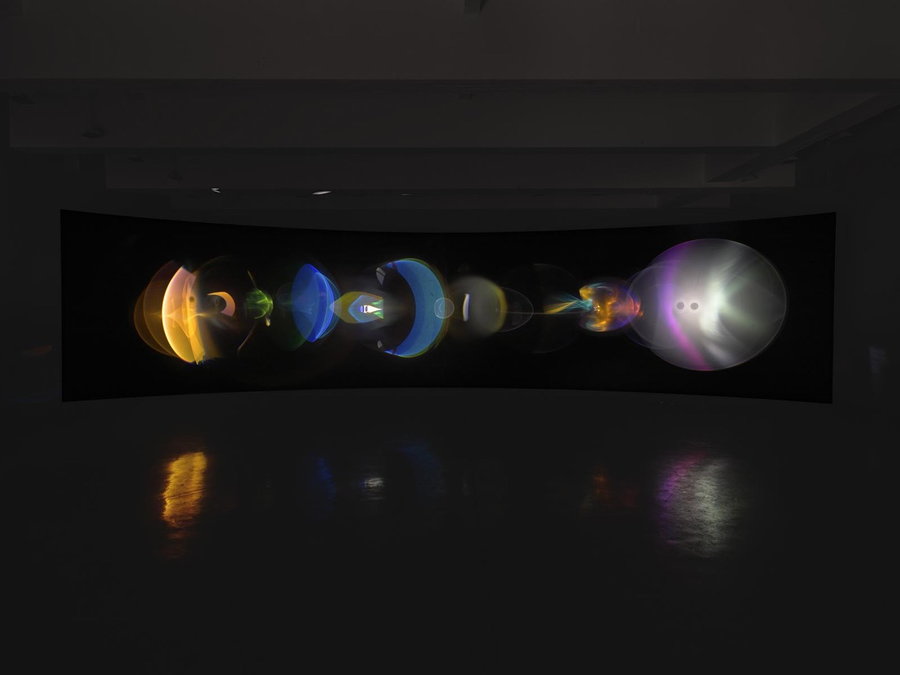 But this is one show in which the most interesting part isn’t what most people see: it’s the way in which it was created. Curious visitors who peek behind the screen won’t find any digital projections of imagery, but rather a fascinating series of five powerful spotlights reflected and refracted through lenses, prisms and mirrors. These elements, many left over from previous artworks and experiments, are assembled within small boxes and attached to motors that turn and flip them in various ways.

Currently on display at the Tonya Bonakdar Gallery in New York, the Your Ocular Relief exhibition also includes five additional light sculptures with names like Mirror my calmness Buddha in me and Edgy but perfect kinship sphere. 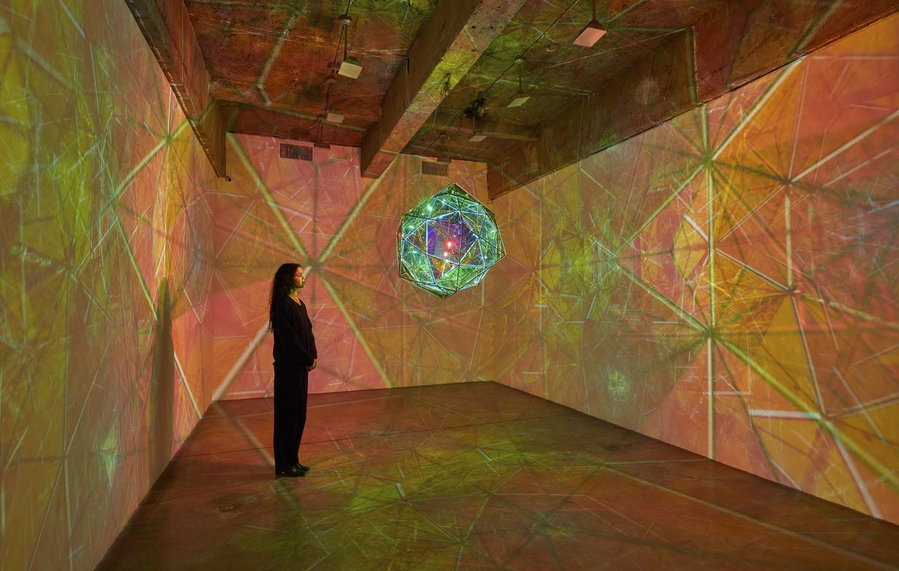 Eliasson is perhaps best known for his architecture, which blurs the lines between built environments and works of art. Responsible for unusual structures like the kaleidoscopic facade of the Harpa Concert Hall in Reykjavík, Iceland and the sculptural Fjordenhus in Vejle, Denmark, he often plays with light and reflections on many different scales. Music is an inspiration, as well, and just as he has described previous designs as “choreographed,” he calls the complex apparatuses by which Your Ocular Relief is achieved “an orchestra.” 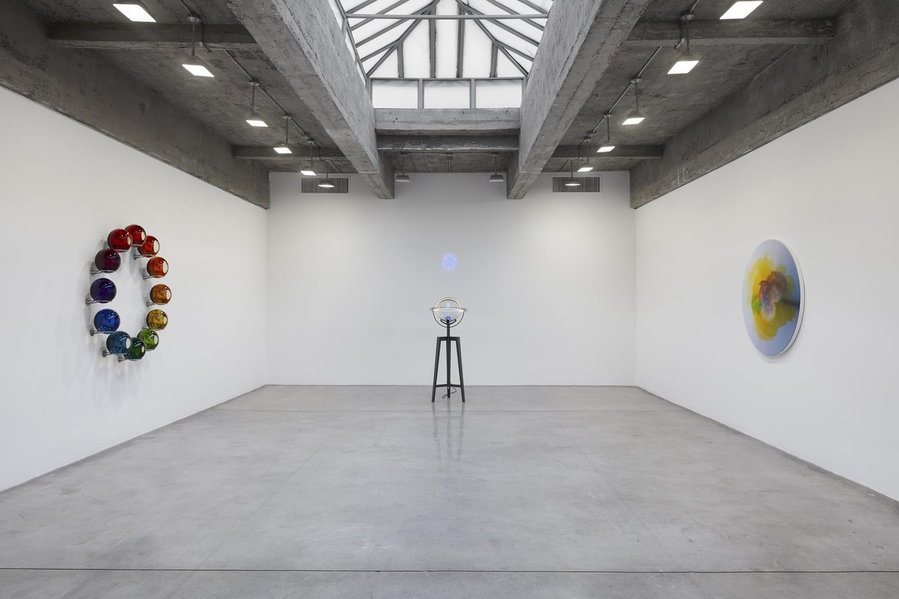 “Since the early 1990s, Eliasson’s practice has concentrated around the investigation of perception, often using natural phenomena to heighten our understanding of each other and our surroundings,” states the Tanya Bonakdar Gallery. “Your ocular relief continues Eliasson’s long-standing investigation of the cognitive and cultural conditions of perception, seeking to offer an alternative to the current pressures that shape our existence.” 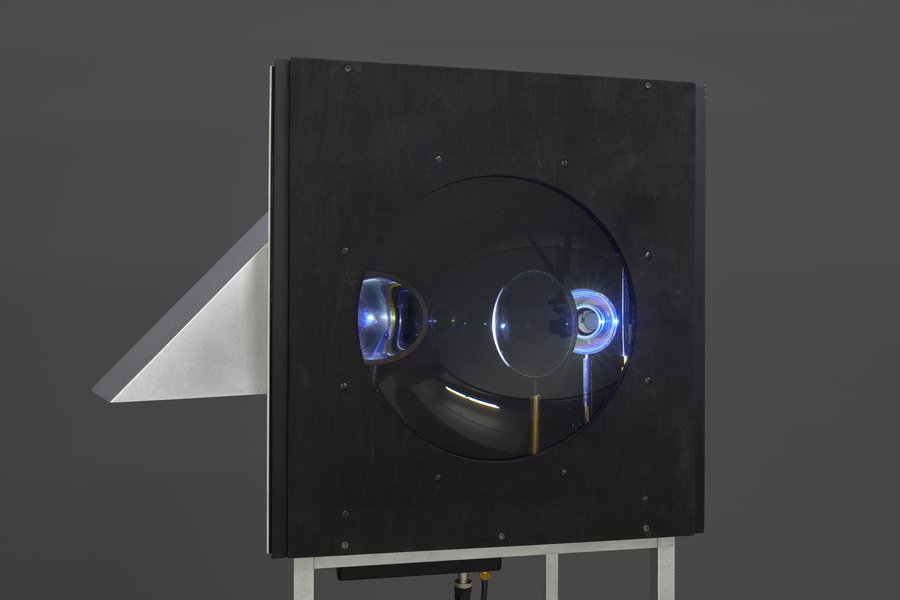 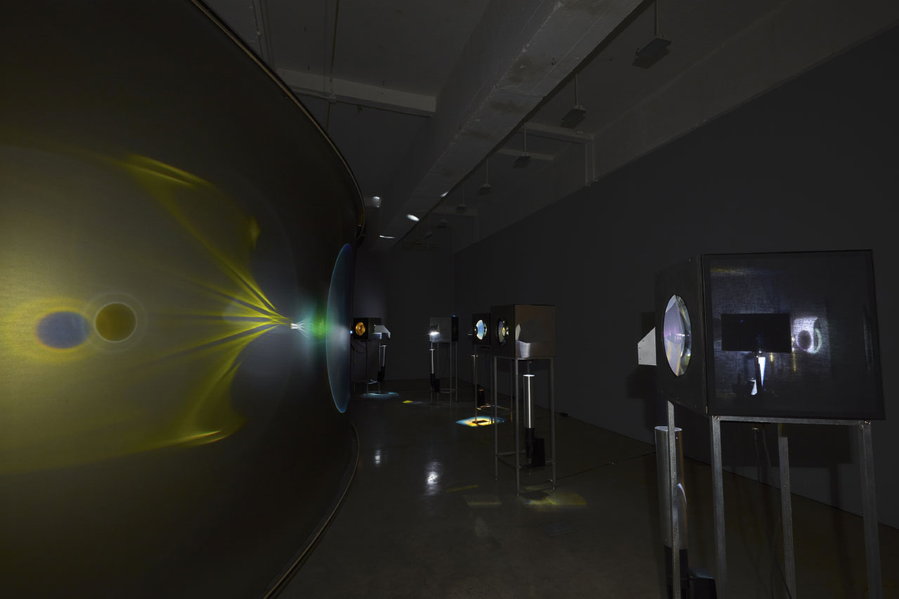 “Eliasson has long been fascinated with optical devices and has collected all sorts of lenses over the years as part of his investigation into perception and the qualities of light. ‘We live in an age of the proliferation of lenses,’ the artist says, ‘not only in the surveillance cameras that pepper our urban space, but also in the hands of activists who are aiming them back at the instruments of power. Through recent conversations with the art historian Gloria Sutton, among others, I have become intrigued by the notion of the ‘ocular’, as we progress beyond the single-gaze of the panopticon to the decentralization of the authority of the lens. Today, many of us now carry lenses with us through our various devices, so the question arises—who is the owner of the narrative?’” 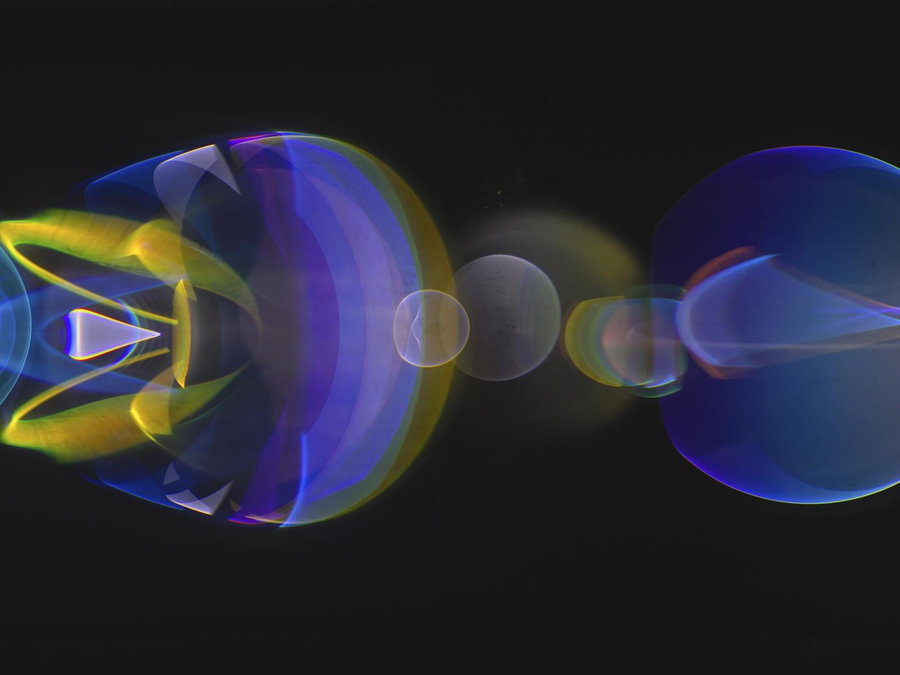 Last year, Eliasson experimented with augmented reality as a way to offer access to art during pandemic-related gallery closures. WUNDERKAMMER is a series of 10 digitally rendered sculptures that can be viewed wherever you happen to be using an app that virtually places the artworks around your home. You can even adjust the shadow angle and light intensity to match your space to make the effect more realistic.