Multi-talented architect and designer Olafur Eliasson has already proven his chops at creating everything from beautiful laser-cut books to majestic rainbow concert halls. Now, he’s encouraging people to get creative while quarantined at home with his new augmented reality art app, and he’s even produced his own project to show off what it can do. 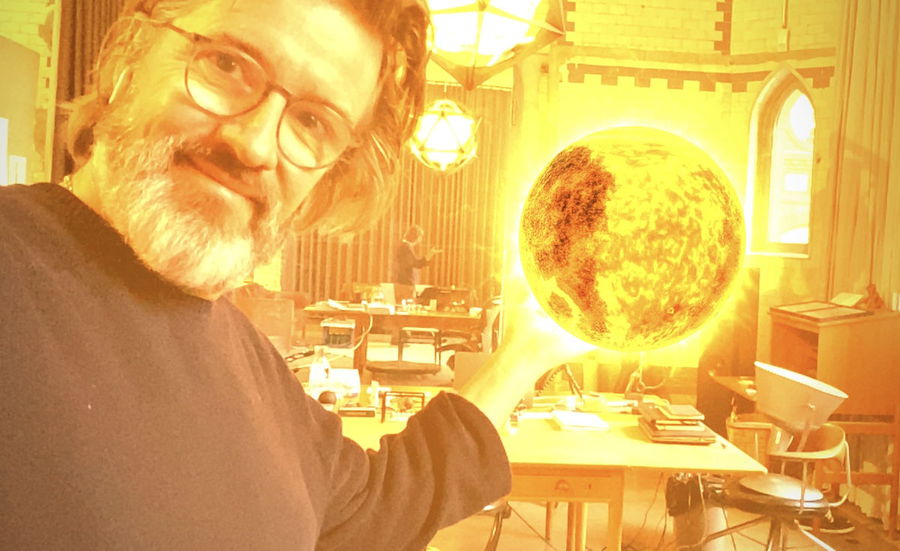 With a highly contagious pandemic to worry about, it’s easy for many people to forget about other pressing issues, not the least of which is the environment. Eliasson’s app, Acute Art, makes his collection of 10 digitally rendered sculptures called “WUNDERKAMMER” available for free. Among them are a boiling sun, a rain cloud, and the Aurora Borealis northern lights.

Rain and sun around the world. Thanks to @redbrickartmuseum in Beijing, with collector Yan Shijie, and curator Lucia Agirre, of @guggenheimbilbao, for sharing each their WUNDERKAMMER. WUNDERKAMMER, 2020, is an augmented reality artwork that Olafur conceived with @acuteart_. It brings art to where people are in times where art institutions only slowly begin to open their doors again and societies carefully discover life after lockdown. We cannot wait to re-open Olafur’s exhibition ‘In real life’ at Guggenheim Bilbao, and embrace the fact – with wonder – that the exhibition title’s ‘real life’ has taken on a different meaning to when the show opened in February and, before that, @tate last year. Olafur’s ‘The unspeakable openness of things’ @redbrickartmuseum in 2018 now seems of another world, too. Videos by @redbrickartmuseum. Photo by Lucia Agirre. Create your own WUNDERKAMMER by downloading the app and bringing your environment and creativity to the project (link in bio). #oeWUNDERKAMMER @acuteart_ @daniel.birnbaum

New works by @studioolafureliasson are now live on the @acuteart_ app! Update now! (Link in bio)

“This artwork is about challenging our perception of the everyday and actively welcoming that which lies on the boundary between the known and the unknown,” Eliasson says in a statement. “It’s about creating spaces that meld the everyday and the extraordinary — spaces that evoke vivid perceptions and embodied engagement.”

Available via the Apple App Store and Google Play, the app allows you to discover, experience, and collect augmented reality artworks like WUNDERKAMMER and more. Use the app to virtually place the artwork around your home, adjust the shadow angle and light intensity to match the light in your space, or switch on the app’s “night mode” torch to light up the artwork at night. Then capture it in a photo or video to share it on social media.

We’re excited to share WUNDERKAMMER, 2020, a new artwork by Olafur with @acuteart_ (download link for the artwork in the bio). You’re invited to create your own cabinet of curiosities in augmented reality by bringing objects, outdoor phenomena, and smaller spatial experiments by Olafur to your home or environment – a sun, a puffin, a ladybird, or flowers, a compass or a rainy cloud. It’s a meeting up of personal space and art. Working with installation art for decades, Olafur has said that his ‘experimental setup’ is only one part of the artwork. Ultimately art emerges from the meeting up of the artistic setup, its environment, and people. With WUNDERKAMMER this meeting up becomes explicit and felt. 'Today, where physical distancing guides our lives, it’s as crucial as ever that we surround ourselves with things and atmospheres that really matter to us. All elements of the WUNDERKAMMER play a role in my life. Some are objects that we normally take for granted – and I feel they should be celebrated like the wonders they, in fact, are. Other elements in the collection will be more experimental, such as light sculptures and objects that are invisible to the eye until you ‘catch’ them with your hand. The artwork is about challenging our perception of the everyday and actively welcoming that which lies on the boundary between the known and the unknown. It is about creating spaces that meld the everyday and the extraordinary – spaces that evoke vivid perceptions and embodied engagement.’ – Olafur The Acute App is available both on the App Store and on Google Play. Share your photos and videos using #oeWUNDERKAMMER.

In a video released with the app, Eliasson demonstrates how it works, showing how you can physically move around the room while holding your phone up to see the artworks from different angles. It’s an interesting new way to make works by some of the world’s most sought-after artists accessible to anyone with a smartphone.

Eight augmented reality works by American artist KAWS are also included with the Acute Art app, so you can see what your house looks like decorated with the artist’s massive murals or iconic giant inflatable sculptures.

“Now we are spending a lot of time indoors, so I thought, okay, let’s make a work of art which takes the outside inside,” Eliasson explains in the video. “Even though we can’t go out as much as we want to, it’s so important to kind of not forget that, once all of this is over, we have to look at our environment, we have to look at what is going on with regards to the things we care about so much.” 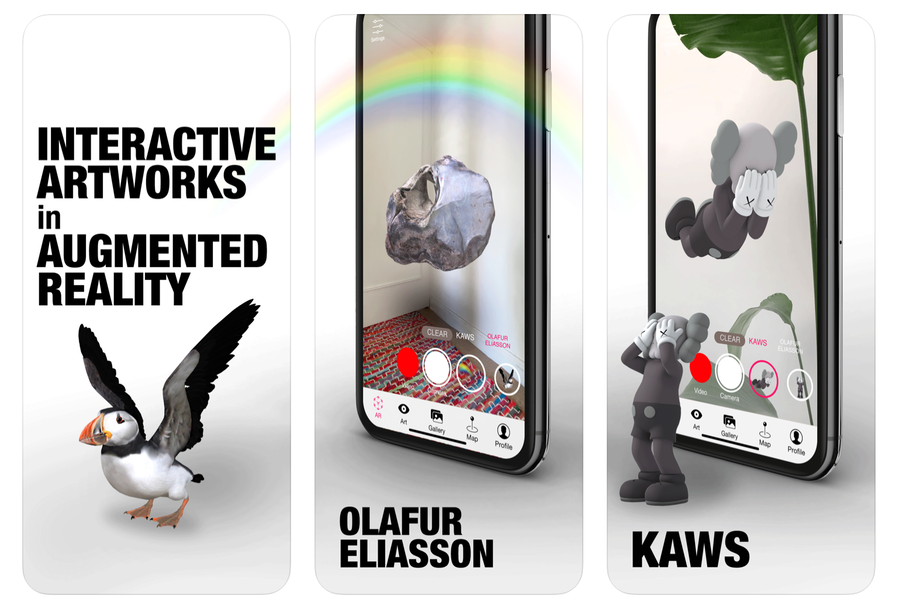 Raised in Iceland and Denmark, Eliasson graduated from the Royal Danish Academy of Fine Arts before moving to Berlin and founding Studio Olafur Eliasson, which is now comprised of a large team of architects, craftspeople, archivists, researchers, art historians, and more. His art is “driven by his interests in perception, movement, embodied experience, and feelings of self” as he strives to create projects that highlight global concerns like climate change.

A thread of sustainability and connection to nature runs through much of his work, which continues here as WUNDERKAMMER presents themes of essential elements for life on Earth and the simultaneous destruction they can unleash.