Music and art are often inseparably intertwined. In the case of Iceland’s Harpa Concert Hall and Conference Centre, that idea takes center stage with architecture that pushes the limits of what seems possible. 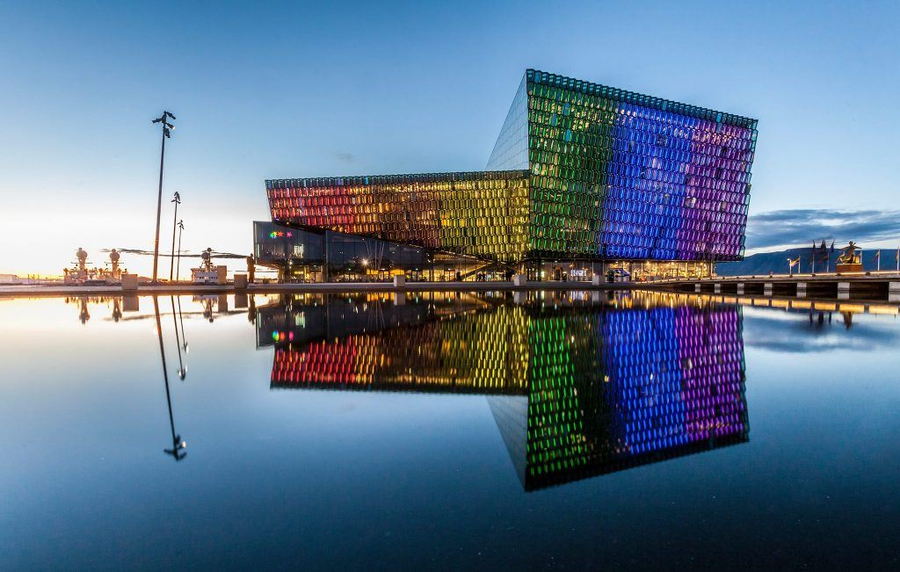 Completion of Harpa stemmed from the efforts of multiple engineering and design agencies. For starters, Danish-Icelandic artist Olafur Eliasson designed the south facade, developing the principle for the remaining three and roof in collaboration with Henning Larsen Architects and Batteríið Architects. On top of that, Eliasson designed multiple interior lighting fixtures that work both artistically and functionally in conjunction with the exterior elements.

The concert hall epitomizes the concept of contemporary design with a layered glass facade around its exteriors and roof. The entire design also appears to float above the foundation with very few points of contact. Colors reflect through and from the columns of glass to form a continually eye-catching display. 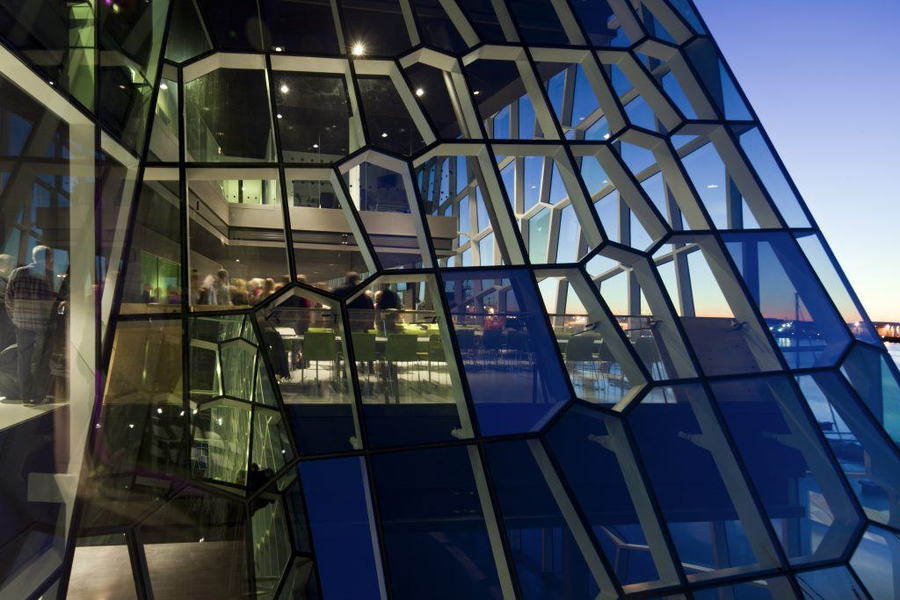 Not only does this glass structure offer striking visual components, but it also works to reduce lighting costs. That’s because the high quantity of glass creates playful shadows and striking lighting effects all throughout interiors. Of course, this design does work in direct contrast to some functional aspects, so the designers really had to consider how to protect the building from often-harsh Icelandic weather conditions, including rain, snow, sleet, and high winds. In addition to this, the location of Harpa next to a busy road meant the design also had to buffer against vehicle noise from the outside. This was tackled by leaving the sound to Artec Consultants Inc, a US consulting firm responsible for the acoustics and sound design of the main theater, as well as the sound equipment in all the Harpa’s venues. 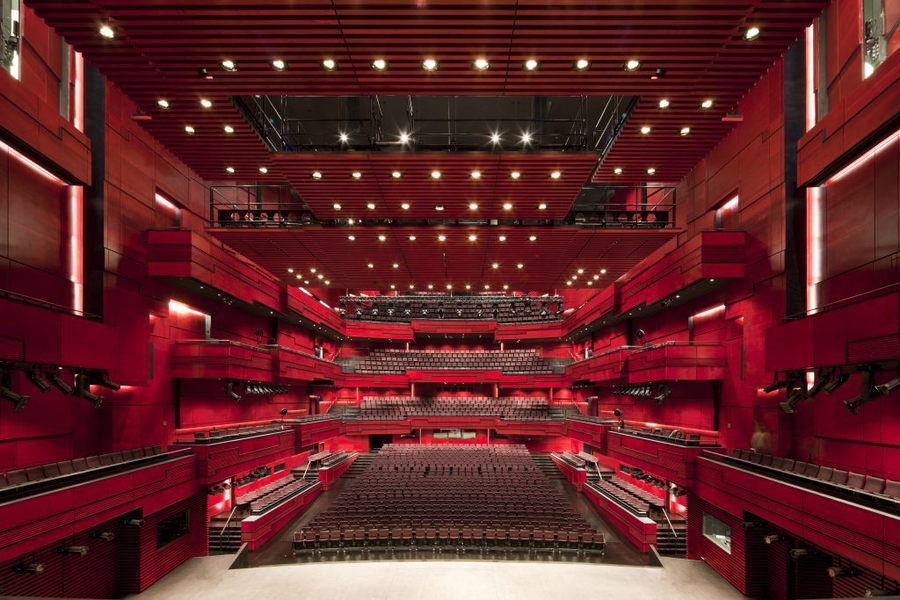 The icing on the cake of this brilliantly built concert hall is its collection of resident musicians, who bring entertainment, culture, and history to the surrounding community. Current residents include the Iceland Symphony Orchestra, Maximus Musikus, the Icelandic Opera, and Reykjavik Big Band.

Local communities aren’t the only ones to acknowledge the structure. Harpa has gone on to win many important awards since its completion, including the prestigious 2012 Mies Van Der Rohe award. Design peer Teglgaard Jeppesen from Henning Larsen Architects responded to the accolade: “On behalf of the team I would like to thank the European Commission and the Fundació Mies van der Rohe for this award. We are immensely honored. Harpa is the result of a collaborative process that has involved many people, and with their efforts, strong commitment, and drive, Harpa has become a symbol of Iceland’s renewed dynamism.” 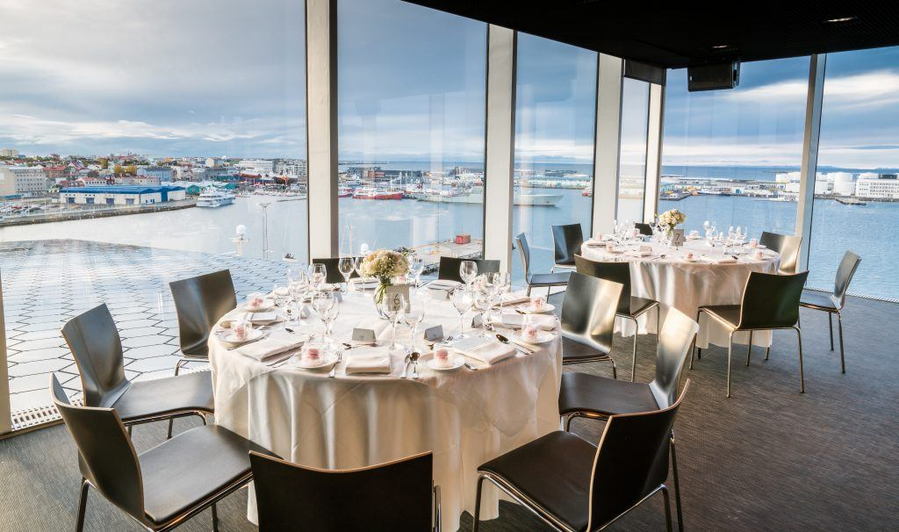 Wiel Arets, Chair of the Jury for the award, says: “Harpa has captured the myth of a nation — Iceland — that has consciously acted in favor of a hybrid-cultural building during the middle of the ongoing Great Recession. The iconic and transparent porous ‘quasi brick’ appears as an ever-changing play of colored light, promoting a dialogue between the city of Reykjavik and the building’s interior life. By giving an identity to a society long known for its sagas, through an interdisciplinary collaboration between Henning Larsen Architects and artist Olafur Eliasson, this project is an important message to the world and to the Icelandic people, fulfilling their long expected dream.”

The opera’s other notable distinctions include: