When Transportation Secretary Pete Buttigieg announced that his agency would be using about $1 billion from President Biden’s infrastructure bill to address systemic racism in the design and location of American highways, social media erupted with jokes and debates. Senator Ted Cruz mockingly tweeted, “The roads are racist. We must get rid of roads.” Tucker Carlson tweeted that “inanimate objects, like roads, can’t be racist. That seems obvious, though apparently Pete Buttigieg doesn’t know this.”

But what Cruz, Carlson and others are conveniently ignoring is the fact that many of America’s highways were built during the height of segregation and repeatedly used to separate predominantly minority neighborhoods from white communities. The new highways created hard, often impassible barriers between these communities, sometimes separating neighborhoods from their churches, schools, and businesses. These lines were often drawn in a direct response to requests by white community members, who didn’t want the highways disrupting their own neighborhoods. Many homes in the path of a proposed highway, typically owned by Black and brown people, were seized by eminent domain.

Bloomberg offers one striking example in the form of St. Paul, Minnesota’s Rondo neighborhood, writing: “In the first half of the 20th century it was home to most of St. Paul’s African American residents. The neighborhood’s center was Rondo Avenue, a thriving corridor for Black-owned business and wealth. Grocery stores, barber shops, drug stores, tailors, carpenters, and car shops lined Rondo Avenue, providing spaces to do business, meet, shop, and socialize during segregation and the Jim Crow era.”

By the 60s, that business core was gone, replaced by the new Interstate 94. Homes that used to be a short walk from the shops were now up against the busy six-lane highway, and the neighborhood was split in two. A nonprofit called Reconnect Rondo aims to fix that with a land bridge that reconnects both sides while creating up to 22 acres of commercial, residential, and park space. This example illustrates how the funds from the new public works program, called “Reconnecting Communities,” can help reconnect other neighborhoods cut off by historic investments. 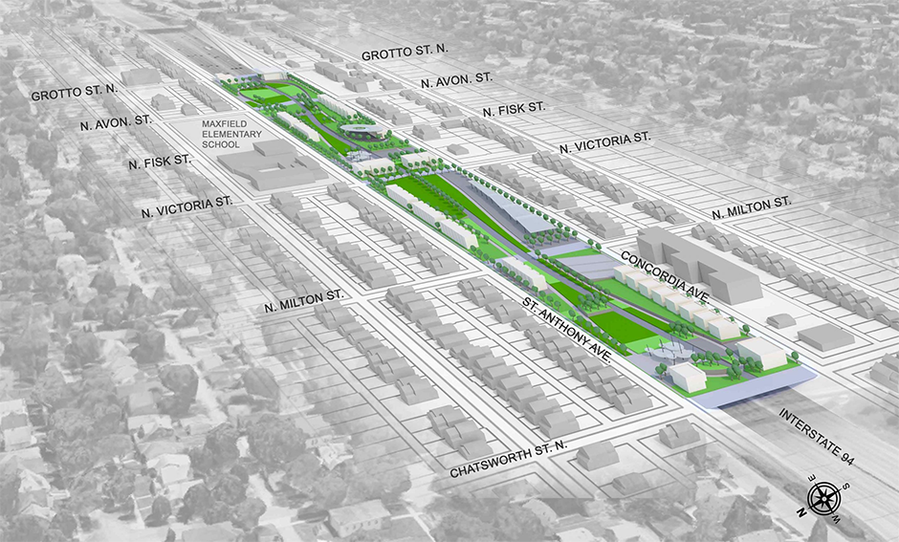 Other places where highways were built right through historically Black and brown communities include Miami, New Orleans, Houston, Chattanooga, Cincinnati, and Detroit, among many more. When communities were walled off by highways, they had fewer access to resources, jobs, and desirable community amenities like green spaces that were still enjoyed by the white neighborhoods on the other side of the highways. The impact was devastating, especially to once-vibrant neighborhoods that previously enjoyed economic and cultural prosperity.

Many of these highways built in the 1950s and 60s are nearing the end of their lifespans. The Biden Administration has proposed tearing down viaducts and replacing them with boulevards, burying highways beneath new tracts of affordable housing, or elevating new highways above neighborhoods for minimal disruption. 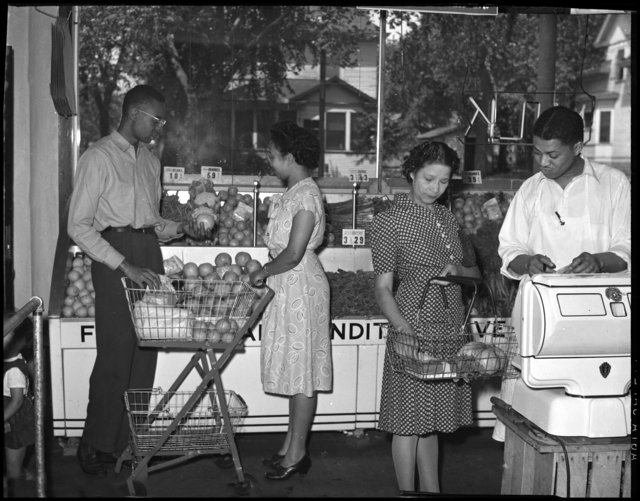 No action taken today can redress the historic harm that was done to these communities (though direct financial compensation would be a start). And, inevitably, figuring out exactly how to rebuild these highways without negatively impacting new communities will be tricky. But dismantling highways built with racist intent can be one small, crucial part of the process of dismantling systemic racism in this country.