As the water of Italy’s Lake Resia slowly drained earlier this year, the remains of a centuries-old city reappeared, revealing an entire 14th-century bell tower among other architectural remnants. 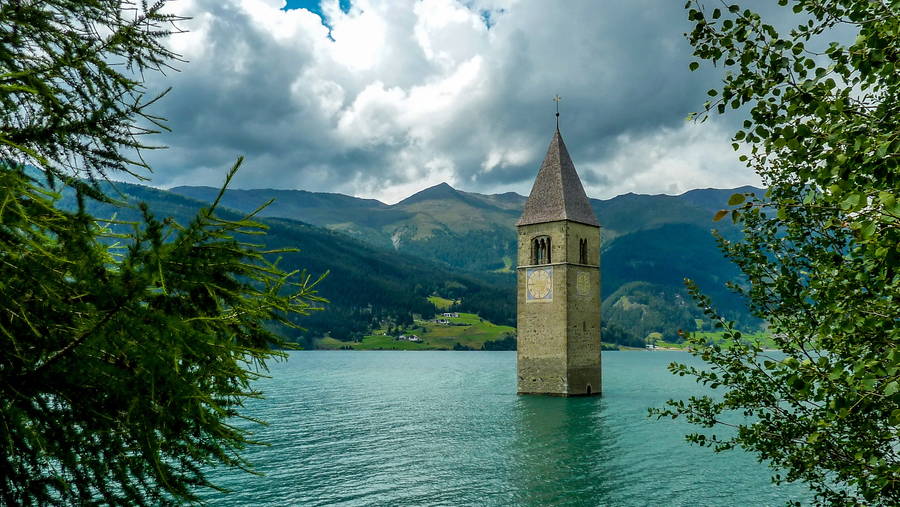 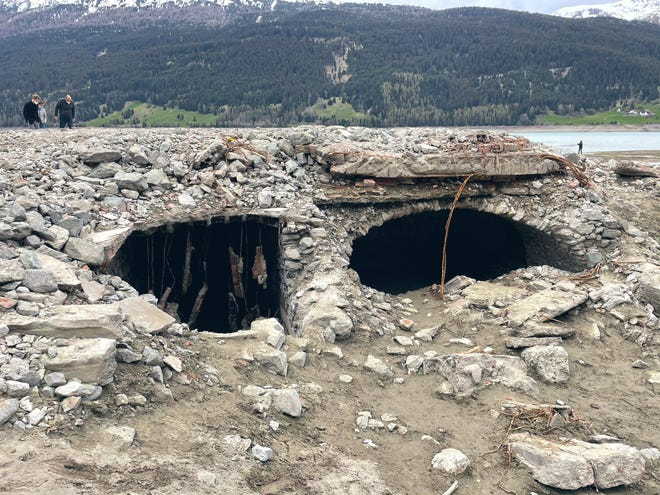 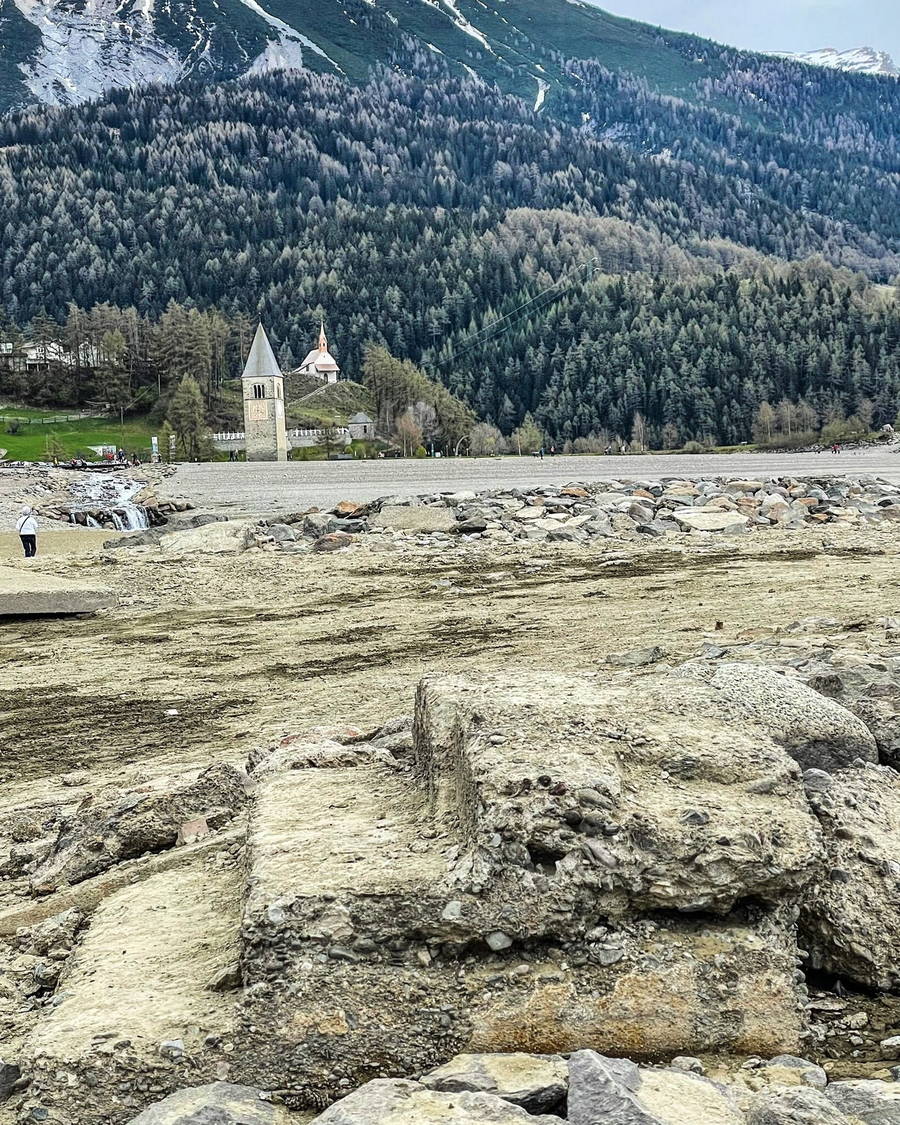 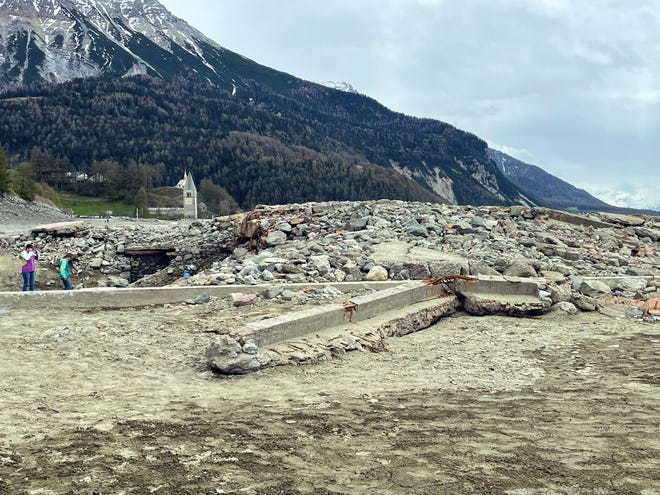 The lake was emptied to perform maintenance for the systems of a nearby power plant, allowing visitors a chance to see a piece of forgotten history. Located at the juncture of Italy, Austria, and Switzerland, the sunken village of Curon in the South Tyrol area was purposely flooded in 1950 to create a lake to provide hydroelectric power for the surrounding territory. 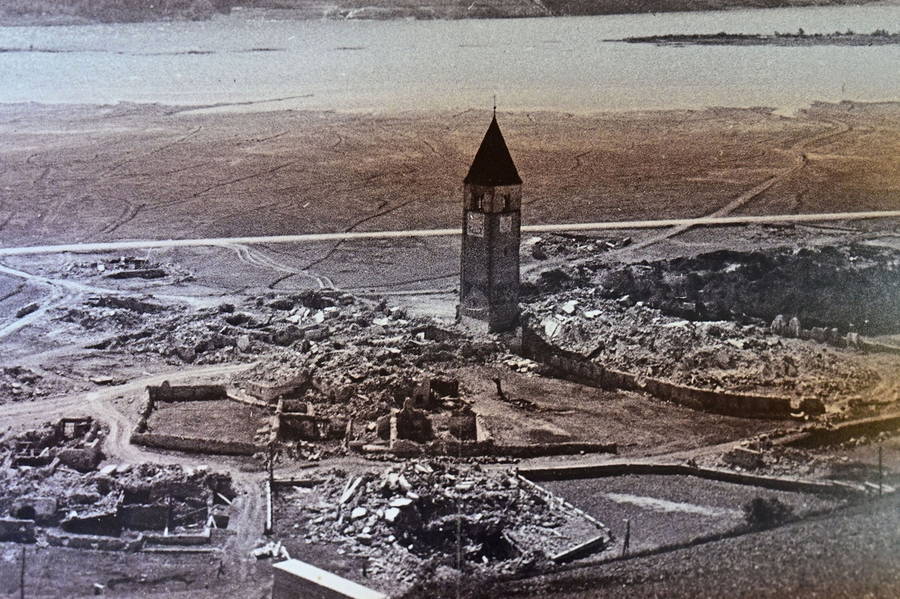 South Tyrol was annexed from the Austro-Hungarian Empire at the end of World War I, turning the region’s native German speakers into Italians overnight. The government of dictator Benito Mussolini immediately started plans to produce more energy in the area by merging two natural basins in the Resia Pass, wiping out Curon, and installing a hydro-electric power facility. World War II delayed those blueprints, buying the 150 families in the town a little more time.

But despite resistance from the city’s roughly 1,000 inhabitants, the project to submerge the town moved forward some five years after the war ended. With most of the villagers speaking only German, they were confused by the Italian communications relating to the plans and were only offered small sums of money to move to the neighboring town of Curon Ventosa. In the end, more than half the residents left the area entirely. 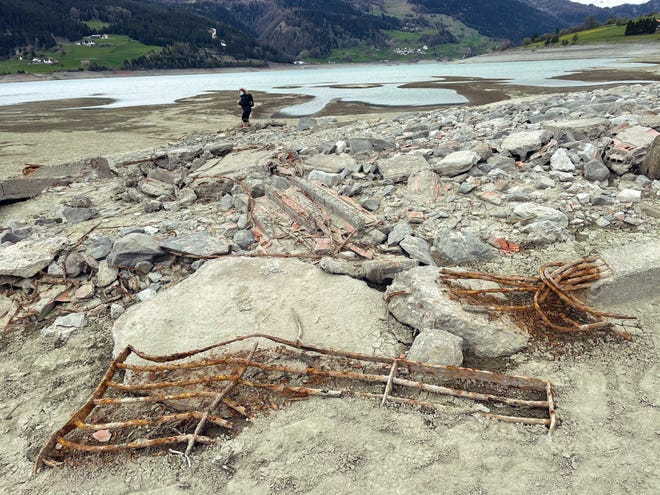 Today, all that remains of the life that existed there over the past centuries are some hollowed-out cellars, stone steps, and debris like rusted gates and pipes. The most striking feature is the beautiful bell tower dating back to 1357, the top of which has always been visible above the surface of Lake Resia. In fact, when the water freezes over in winter, tourists come from all over to walk up and touch the medieval structure. The tower is so iconic for the area that it was even chosen as the centerpiece for the Curon Ventosa coat of arms. 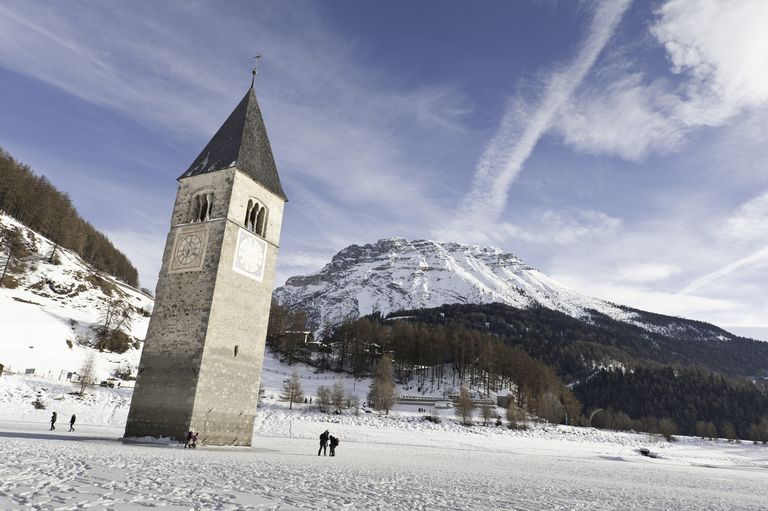 The unsettling story of the underwater town was the inspiration for a 2018 novel by Italian author Marco Balzano entitled Resto Qui, in which he states that the drowned city represents “a problematic memory that spreads from that tiny village to the rest of Italy, taking us back to difficult times.” And in 2020, Netflix released the supernatural drama series Curon, based on the same eerie setting.

With the last residents walking the streets more than seven decades ago, there are few left who remember life in the village, even among the 2,500 inhabitants of nearby Curon Ventosa. Those who visit the ruins mostly come out of curiosity rather than any personal attachment. 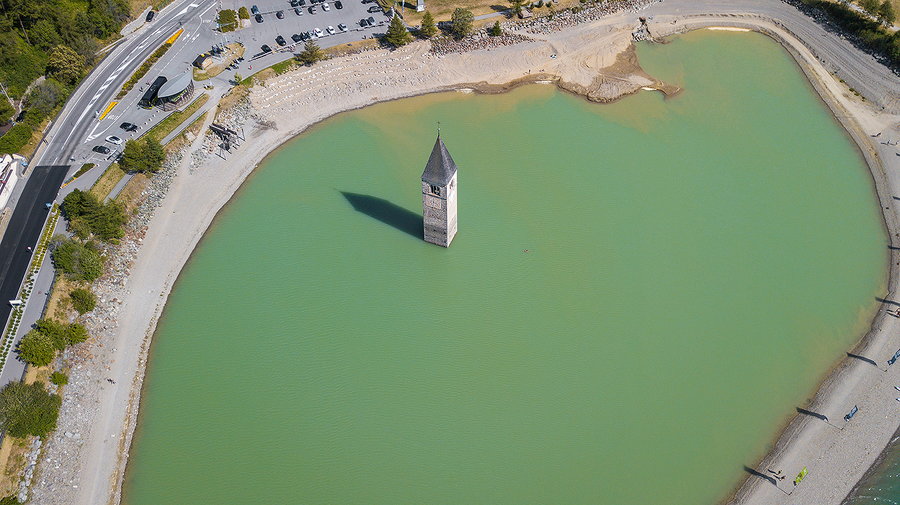 Unfortunately, this peek into the past did not last long. The power company started releasing water back into the valley in mid-May, and the entire lake was refilled within a couple weeks. Once again, the rising bell tower stands as the only sign that the lake is home to more secrets below.