The use of concrete is on the rise in West Africa, slowly replacing traditional mud structures in countries like Burkina Faso, Guinea, Ghana, and Mali. Some see this as a sign of progress, equating the use of modern materials with a boost in quality of life. But mud is far more environmentally friendly than concrete, can last just as long when properly maintained, and offers a cultural significance that dull gray contemporary structures will never be able to match. 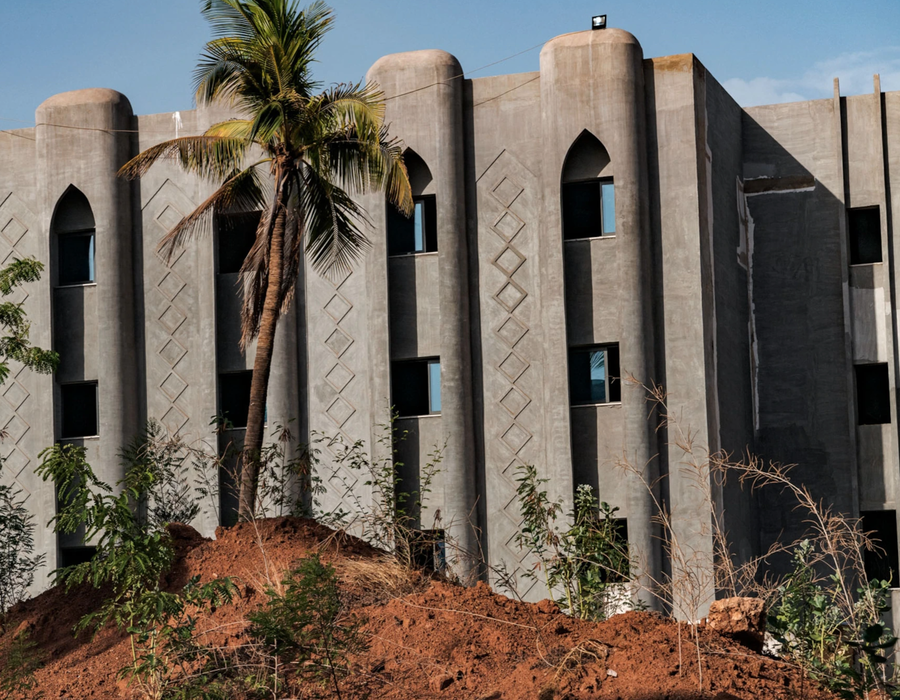 Concrete manufacturers run advertisements in these countries professing the superiority of their product, one bearing the tag line “concrete is a strong material for strong men.” Occasional collapses of mud walls during heavy rainfall have influenced opinions as well. But even as villagers express new preferences for concrete over mud, some architects, tribal chiefs, and government officials are working to preserve the use of traditional materials, especially in the face of climate change.

With its high thermal mass, mud is capable of keeping interiors cool even in the hottest desert temperatures. Concrete blocks, on the other hand, allow heat to pass right indoors, where it’s trapped even after outside temperatures cool at night. The materials used to build mud structures are also plentiful, locally available, mostly biodegradable, and virtually free. An annual application of a waterproofing mixture consisting of motor oil, clay, and cow dung keep rain from penetrating the walls, which can be up to three feet thick. Plus, patterns and drawings can be carved into the mud before it cures for a decorative effect. 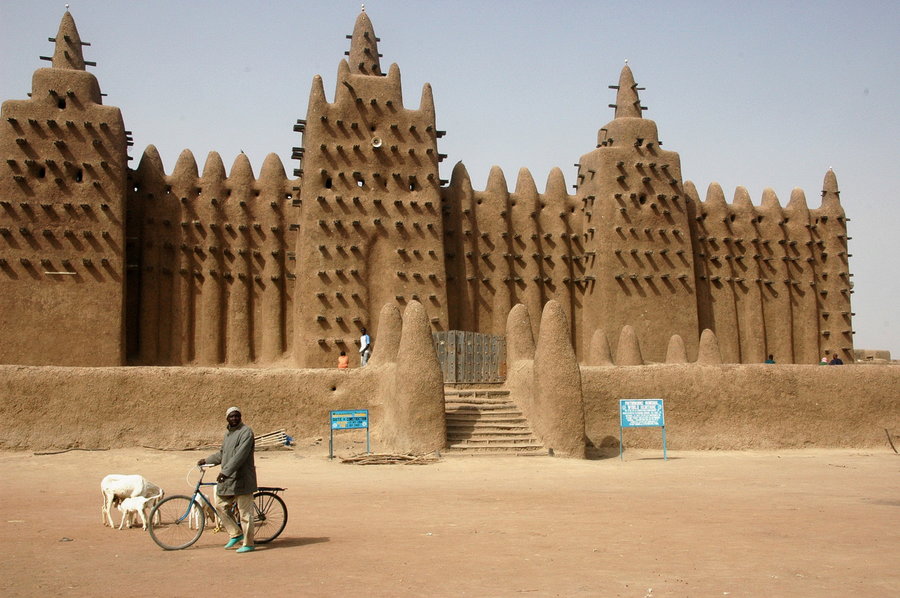 Some of West Africa’s most stunning vernacular architecture is made of mud. That includes the Great Mosque of Djenne in Mali, a UNESCO World Heritage Site and the world’s largest mud brick building, which was designed in the Sudano-Sahelian architectural style. The first mosque on the site was built around the 13th century, and the current one dates to 1907, built by Djenne’s traditional guild of masons. The walls are decorated with bundles of rosier palm sticks, and ceramic half-pipes extend from the roofline to direct rainwater away from the structure.

Other significant mud buildings include the Grand Mosque of Bobo-Dioulasso in Burkina Faso, a series of mud tower houses in northern Togo called Koutammouko, the gate to the Emir’s Palace in Kano, Nigeria, Dogon mud houses tucked into the Bandiagara Escarpment in Mali, Larabanga Mosque in Ghana, and traditionally decorated Hausa structures in Niger, Nigeria, Burkina Faso, and Benin, as well as other West African countries. 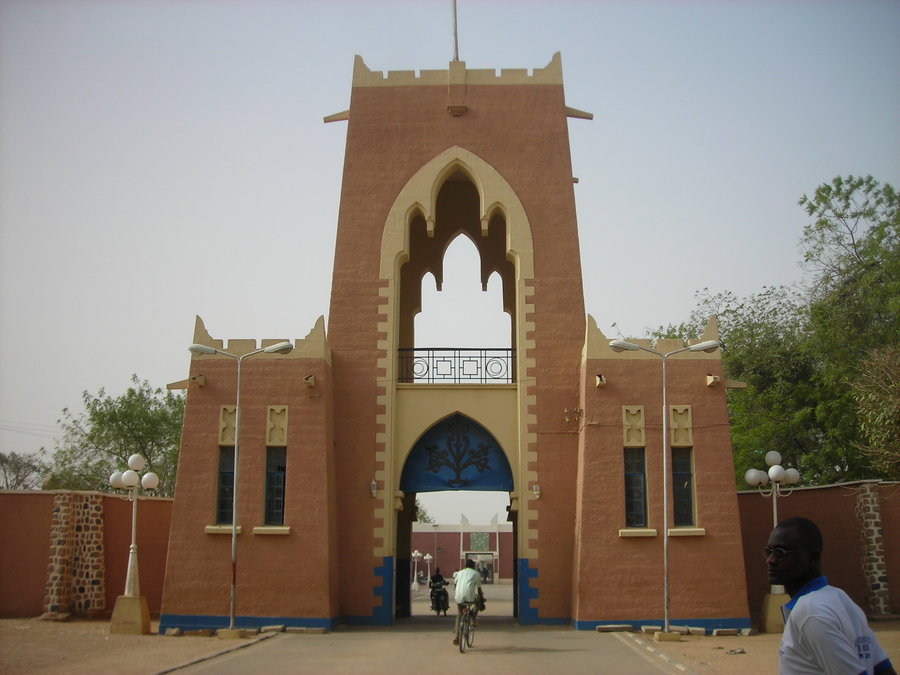 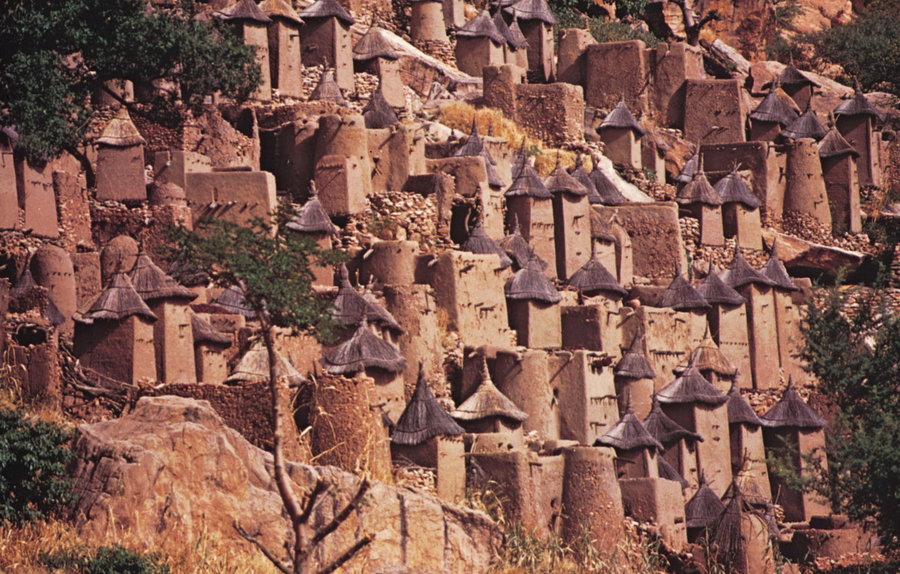 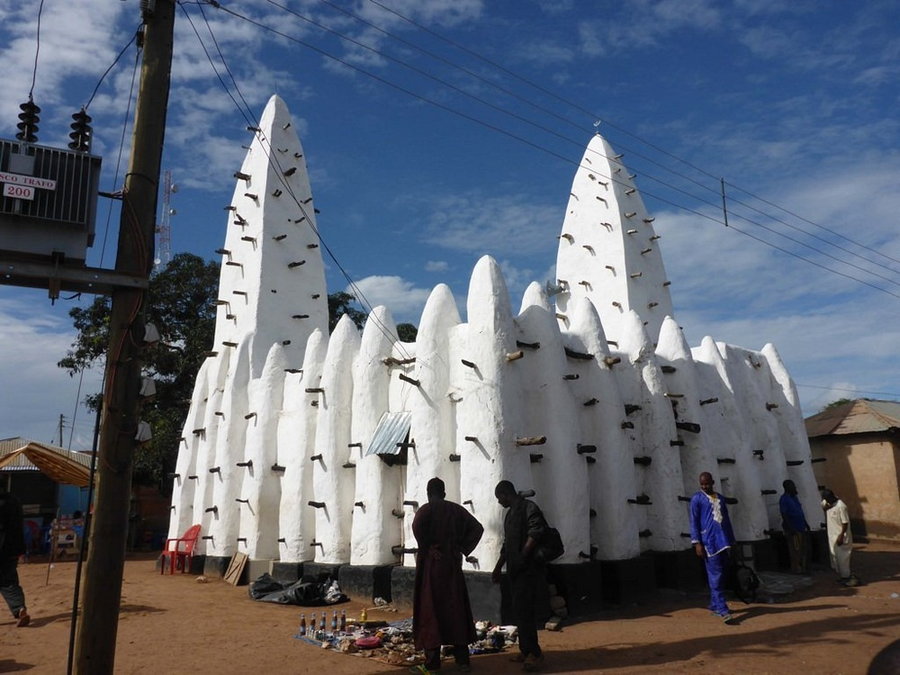 Architect Clara Sawadogo is among those working to make mud popular again, demonstrating through her projects how the traditional materials can be applied to contemporary designs for those who want a more modern appearance. And in cities like Koudougou and Ouagadougou, Burkina Faso, brand new mud structures are showing off what’s possible. The Burkina Institute of Technology by Francis Kéré (2020), for instance, is made of poured clay and features a secondary facade of eucalyptus for additional passive cooling. 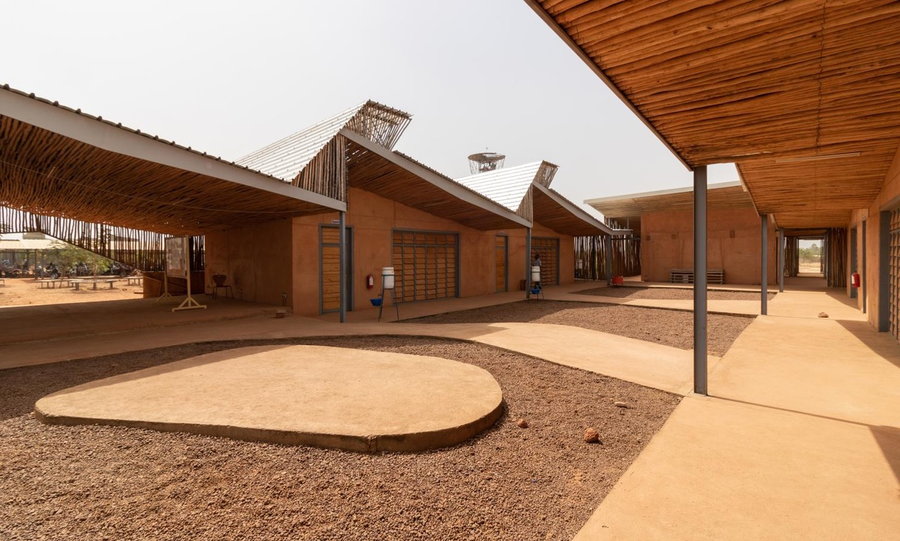 These structures serve as great examples of how vernacular architecture made of sustainable local materials can and should be prioritized over homogenized developments lacking aesthetic and cultural connections to their settings, even in the midst of the global housing crisis. They’re beautiful, inexpensive to build, rooted in local traditions, and well equipped to withstand climate change without the addition of high-cost, energy and resource-intensive modern technologies. There’s a unique version of this kind of architecture almost everywhere on the planet, or the potential to adapt traditional knowledge and skills into new but similar ideas.