Director Wes Anderson and partner Juman Malouf have recently curated a one-of-a-kind exhibition at the Kunsthistorisches Museum in Vienna. First opened on November 5th, 2018, “Spitzmaus Mummy in a Coffin and Other Treasures” continues a series of ad hoc exhibitions made for the museum, each assembled by a highly-successful artist using artifacts and materials that were already archived there.

Anderson and Malouf’s work marks the third installment in this series, following Ed Ruscha’s 2012 exhibition “The Ancients Stole All Our Great Ideas” and Edmund de Waal’s 2016 “During the Night.” The couple took two years to create their exhibition, examining more than four million individual objects spanning a period of 5,000 years before selecting the best 423 for public display.

Since its debut, “Spitzmaus Mummy” has been hailed for its “quirky presentation of affectionate misfits” and focus on all thing curious and weird. It also marks the Kunsthistorisches Museum’s largest walkthrough exhibition to date. “We thought it was going to be easy, [but] of course, we were wrong. But we didn’t expect to be so wrong for so long,” confessed Anderson. He went on to explain that the project not only proved to be a challenge for the couple, but also for the museum’s staff, who personally assisted in the selection and arrangement of the featured artifacts (some of which had never been seen before). 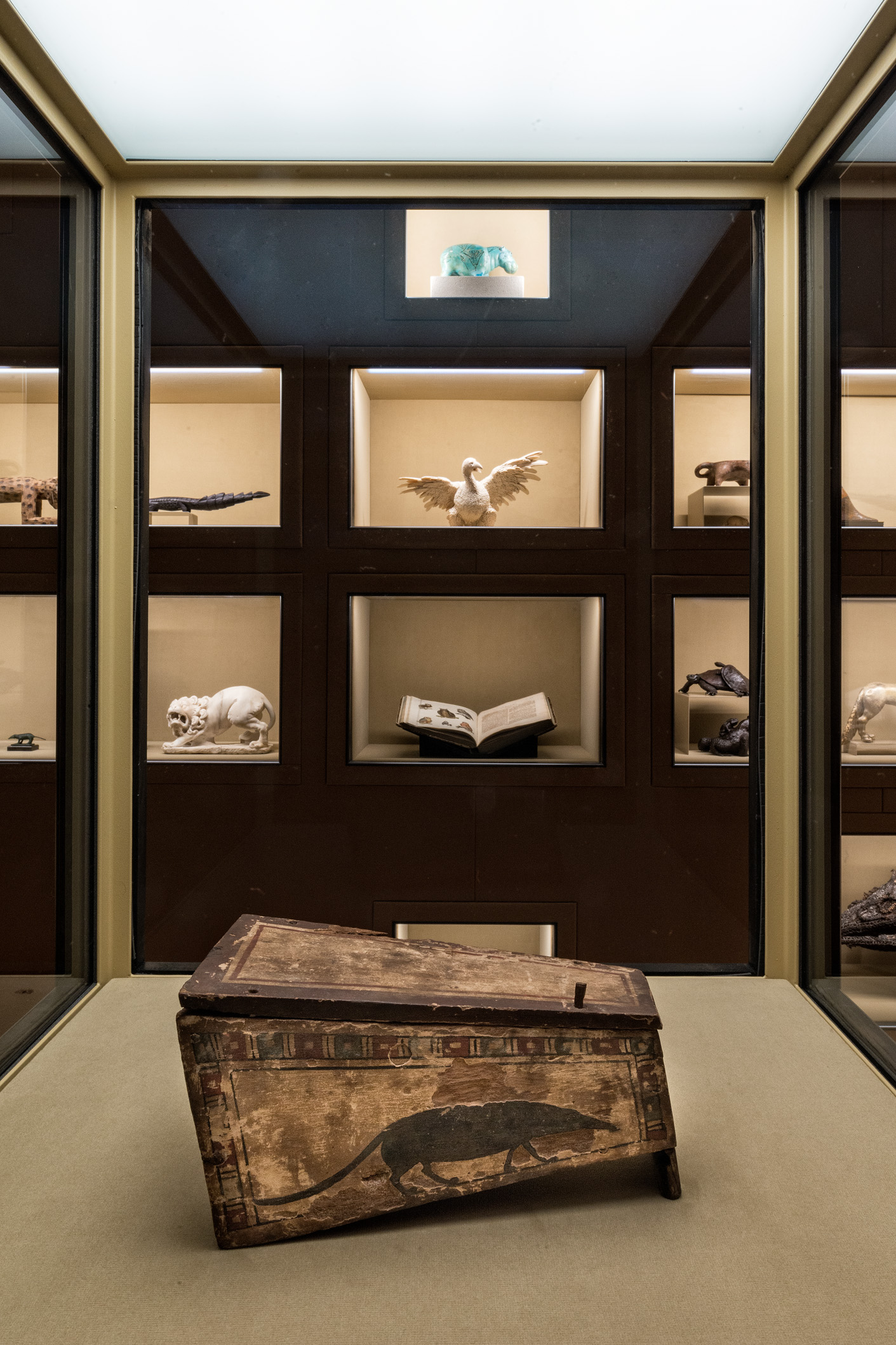 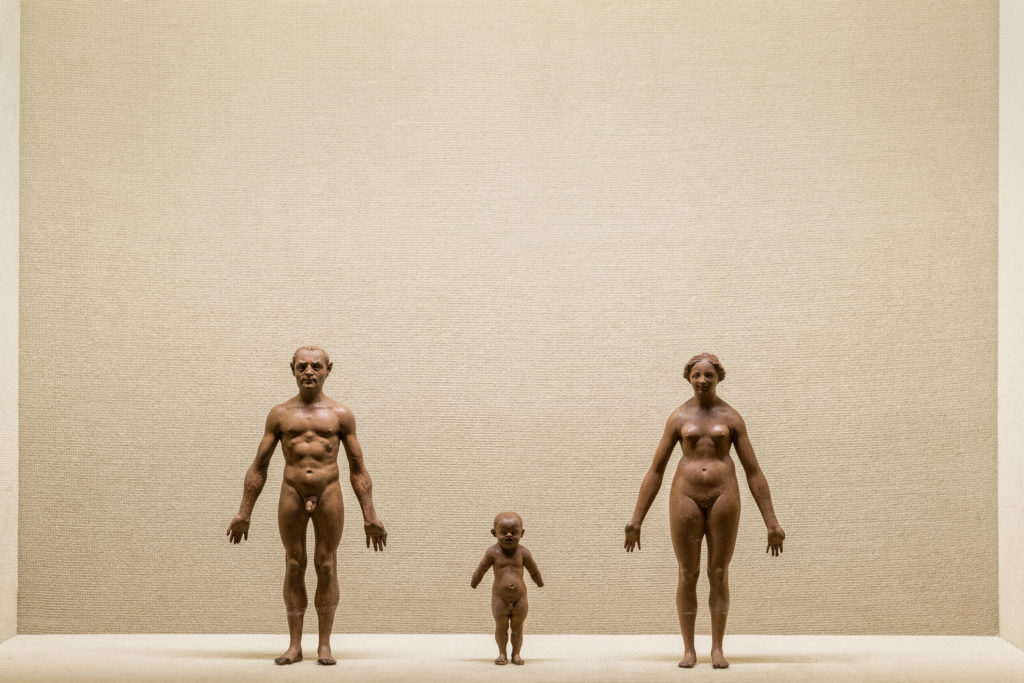 Throwing traditional art history rules out the window, the couple wanted to highlight overlooked items that perhaps wouldn’t typically be considered as important as some of the more “regular” objects found in the museum — an unsurprising vision coming from a director who’s perhaps most famous for his unique take on aesthetics.

Jasper Sharp, the museum’s curator of contemporary and modern art, invited the pair to take part in the project after an unexpected encounter through a mutual friend. Though neither member of the couple is per se an artist, they are both regular visitors to the museum, and given their creative backgrounds, it only made sense to make them most of their ingenuity. 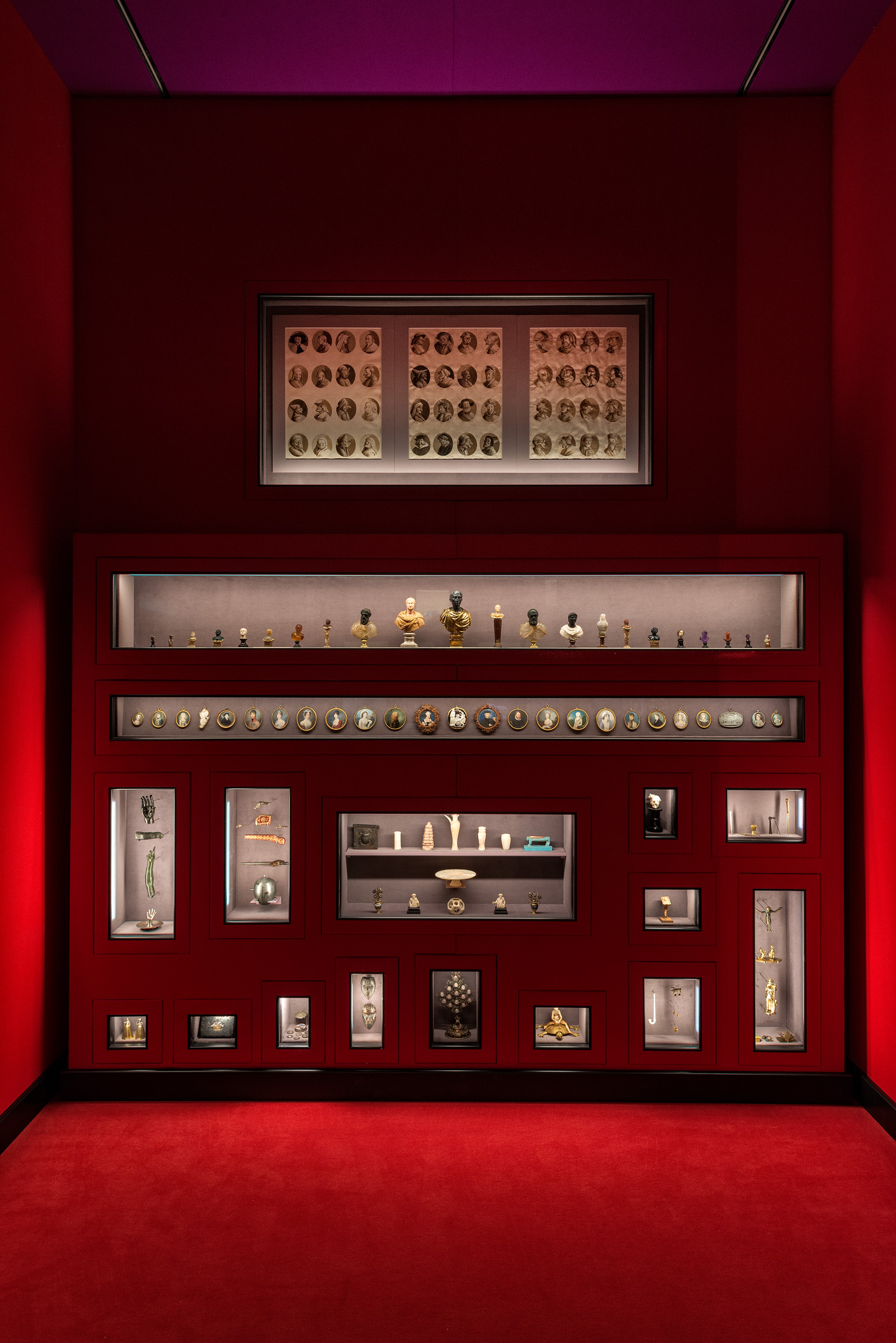 Anderson was born in Texas and today is beloved for his theatrical editorials, colorful movie sets, and quirky films including The Grand Budapest Hotel, The Darjeeling Limited, Fantastic Mr. Fox, Moonrise Kingdom, and The Royal Tenenbaums. Malouf was born in Beirut, Lebanon and grew up in London. She has worked in international film, theater, and fashion as both a designer and an illustrator, and in 2015 she published her first novel The Trilogy of Two.

The Kunsthistorisches Museum first devised of the curatorial project in an effort to make up for the fact that they would no longer updating their collection of artifacts. Hoping to keep the exhibitions feeling fresh and new, they continue to enlist the aid of well-known creatives from diverse spheres of influence. 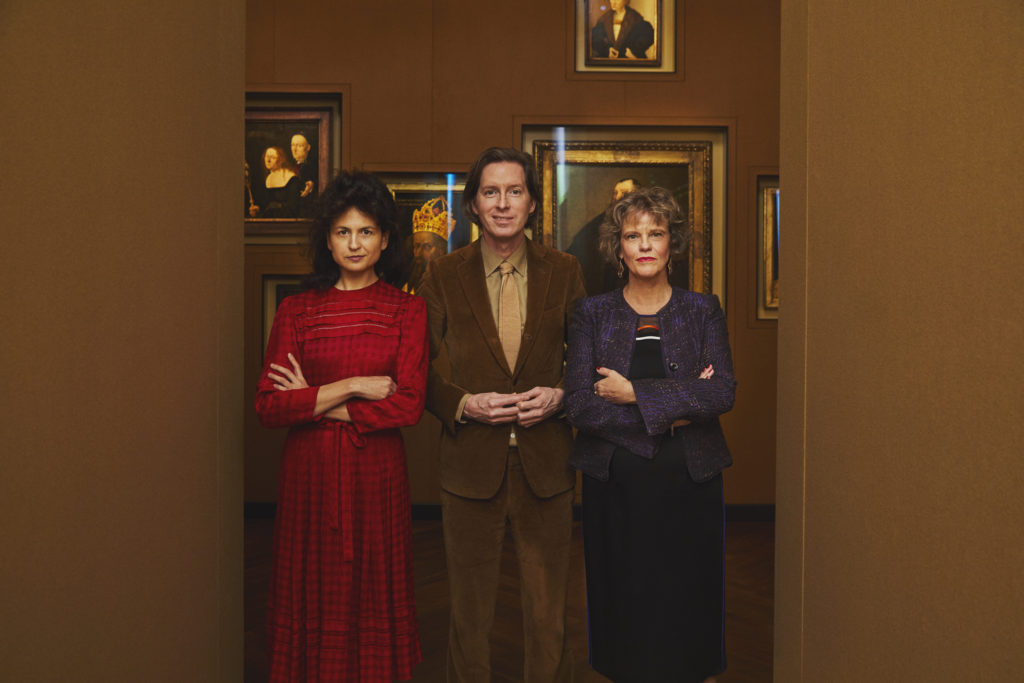 “Spitzmaus Mummy in a Coffin and Other Treasures” is on display until April 28th, 2019, with tickets going for €30 per person. Once there, visitors can also elect to purchase an audio guide, through which they’ll be guided the exhibition by the voices of both featured artists and actor Jason Schwartzman.