If there’s one filmmaker that constantly pushes aesthetic boundaries, it’s American director, producer, screenwriter, and actor Wes Anderson. Renowned for his poetic and phantasmagorical films that fuse burlesque characters, endearing storylines, and visually enchanting sets, Anderson was recently the focus of a Vogue article that looked back on some of his best and most well-known cinematic worlds.

Here, we break down three of the director’s most extraordinary film sets to prove that you too can transform your home into an Oscar-worthy environment.

In 2015, Anderson won four Oscars (including Best Director) for his vibrant and sumptuous portrayal of art nouveau Germany in The Grand Budapest Hotel. The hotel — which looks like everything else conjured up in Wes’ wild imagination — is actually a real place called Görlitzer Warenhaus, one of the oldest and best preserved department stores in all of Germany. All of the scenes that took place indoors were in fact shot within the walls of this incredible building, though the candy pink façade was an Anderson addition.

In the film, we see vivid red interiors, art deco prints, and vibrant textured surfaces of plush velvet and marble. If you’re looking for a similar retro-inspired aesthetic, consider using a bold purple, red, or raspberry feature wall to bring your living room to life. Decorate the room with opulent gold fixtures, frames, and accents. When it comes to anything Anderson, quirky is key, so don’t be afraid to use clashing prints, multiple textures, and strange antiques to add character to your living space. 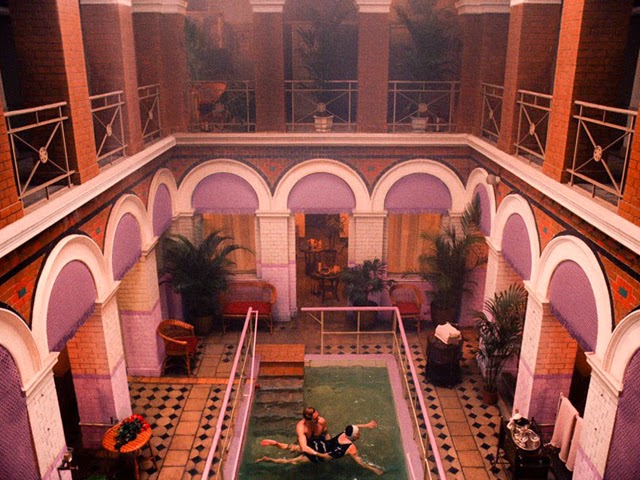 Stores like Anthropologie have lots of fixtures and furniture pieces that are both whimsical and trendy, though we understand that designer luxuries aren’t always in everyone’s budget. If that’s the case for you, try out a couple of DIY hacks! Take a stroll down to your local thrift shop, pick up some old bargain cabinets/drawers, and spray paint them metallic for a look of vintage affluence.

With a knock-out cast consisting of Gwyneth Paltrow, Owen Wilson, Luke Wilson, Ben Stiller, and Bill Murray, this classic cult film about a dysfunctional American family of geniuses won eight awards for its on-screen brilliance. Iconic for its 70s aesthetic (especially the Fendi fur coat worn by Paltrow’s character Margot Tenenbaum), the set flourished in retro prints and palettes of red, brown, and beige. Consider the dark wood and the crookedness of the library, the magenta walls of the ballroom, and the abundance of framed portraits hanging from the home’s other bright walls.

Mustard-colored curtains clash with raspberry tones, and a gold rococo sofa provides the perfect contrast for that rustic yet flamboyant visual Anderson is so acclaimed for. 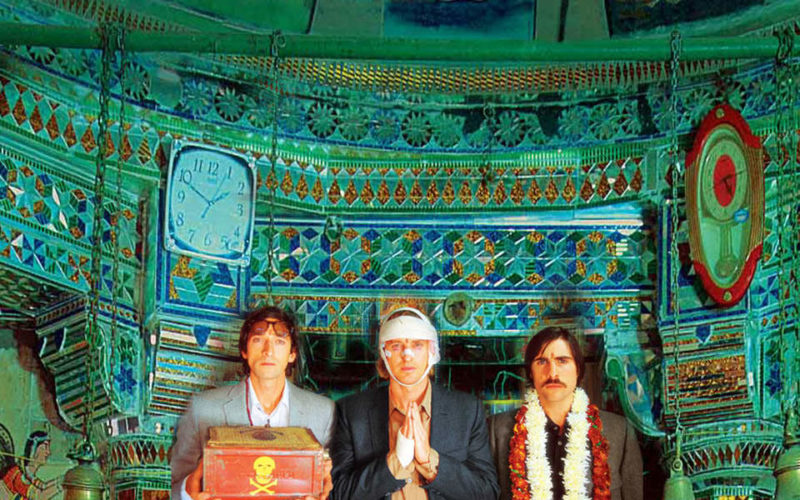 Like many of Anderson’s movies, The Darjeeling Limited was full of radiant brights. In this case, those hues helped capture the colourful essence of Indian culture. The spice-colored train fuses vivid orange shades with blue to form a delicious, rich backdrop for three estranged brothers to visit their mother, who herself resides in a convent on the other side of India. 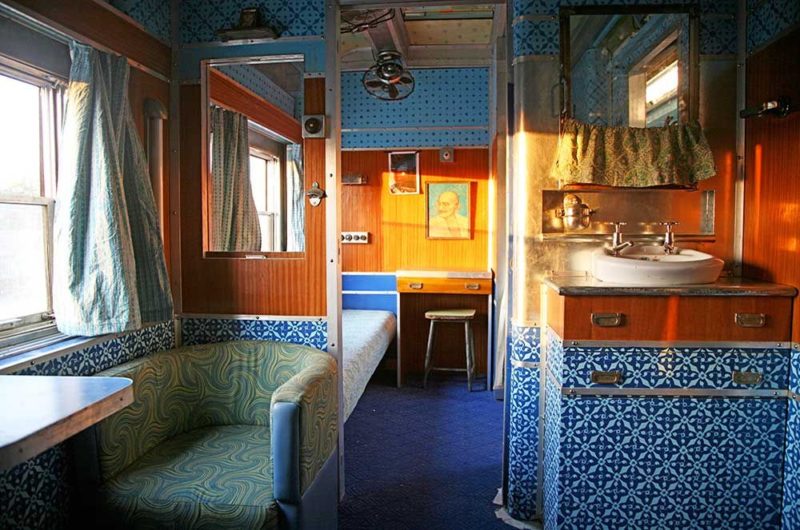 Consider creating a living space inspired by the tiles, ceramic prints, and otherworldly nostalgia of The Darjeeling Limited train interior. Find old leather suitcases from secondhand stores and stack them up for cool-looking storage units, or create a coffee table from upturned wooden containers to give the room an ethereal and eclectic theme that will ignite your passion for travel.