Not every film director has a visual style and “vibe” so distinctive that their work instantly springs to mind at the sight of certain buildings, interiors, and objects. But thanks to his quirky, charming, slightly outside-of-time aesthetic, Wes Anderson has joined the likes of Stanley Kubrick and Alfred Hitchcock in that hallowed realm. Just as you might say a striking retro-futuristic home looks “Hitchcockian” or frequently find yourself comparing ultramodern interiors to the ones in 2001: A Space Odyssey, there’s a particular sort of pristine vintage look comprised of perfectly complementary pastel colors and ever-so-slightly flawed symmetry that conjures Anderson’s name in our minds. 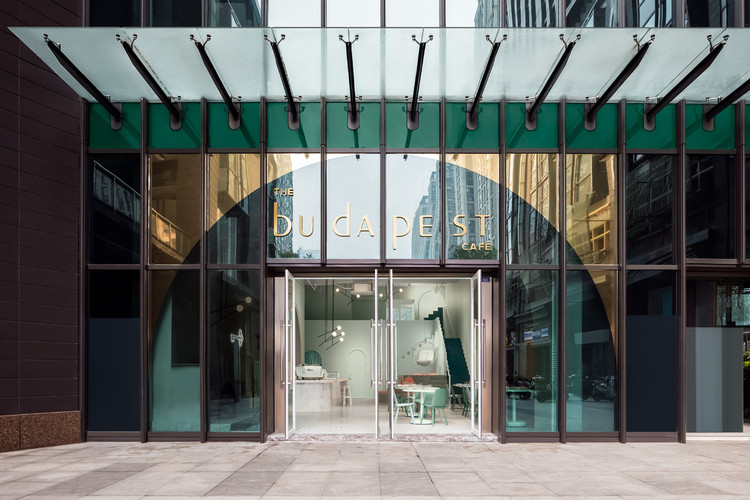 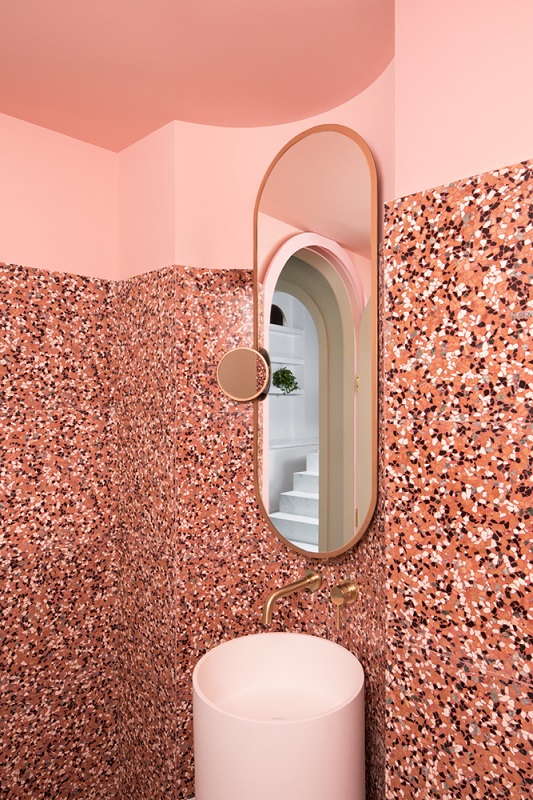 Clearly, Anderson’s oeuvre has made an impression on us, because not only are we spotting “accidental Wes Anderson movie backdrops” everywhere (as catalogued on Reddit), but some people are even starting to create Wes Anderson-themed establishments. “The Budapest Café” by Melbourne-based architecture firm Biasol is a new eatery in Chengdu, China with a design that “draws on Anderson’s meticulous, memorable, and magical worlds to create an inviting destination with whimsical character and international appeal.”

That description certainly seems to nail the appeal of Anderson’s vision. Named after the director’s 2014 film The Grand Budapest Hotel, which featured lots of pastel pinks offset by minty whites, the café takes Anderson’s flair for painstakingly curated nostalgia and gives it a good polishing, contrasting it with a few more modern elements. True to form, the establishment also boasts lots of arched doorways, gleaming 1960s-era details, and hints of a past that wasn’t ever quite real. You can easily imagine Tilda Swinton or Bill Murray breezing in at any moment. 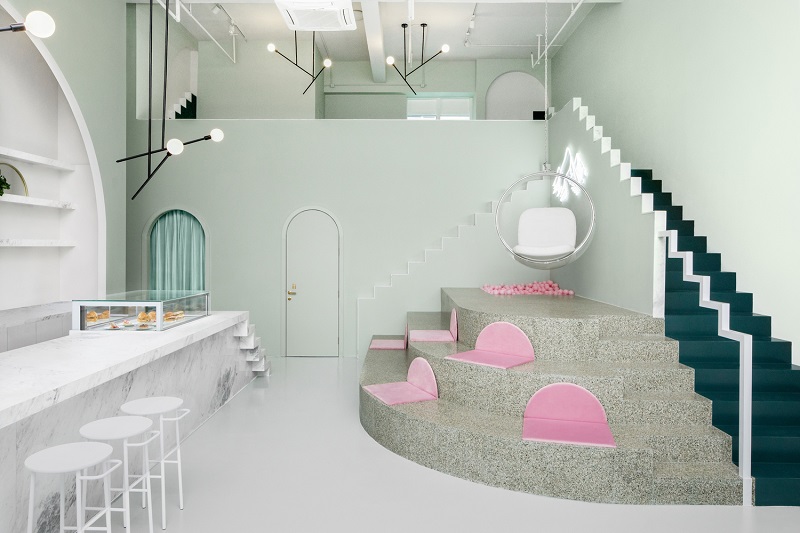 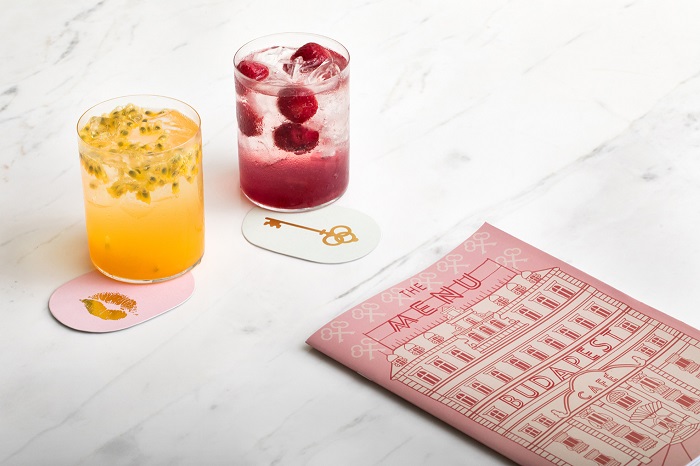 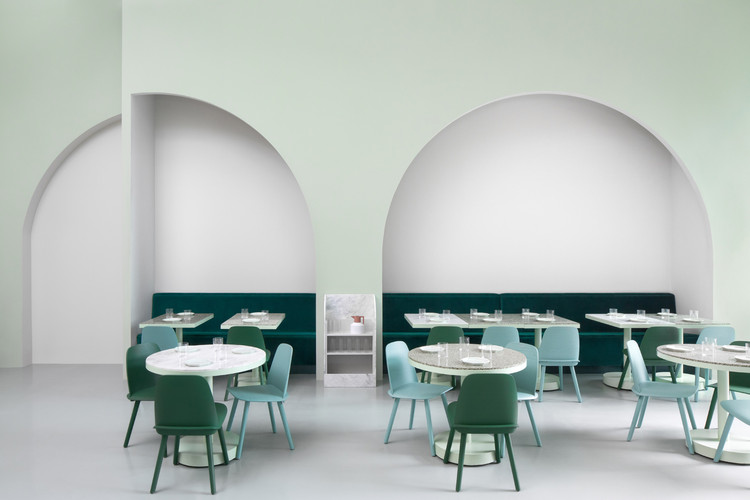 The designers see the café as a sort of stage upon which patrons can play out their own stories, with multiple layers inviting them to explore every inch of the space. They began by studying Anderson’s films and the way he used specific color palettes and camera angles to frame his stories and characters.

“Our modern, minimalist, and refreshing interpretation is defined by design, materiality, and brand. The building façade projects a sense of grandeur, with an arch framing the entrance and welcoming patrons to The Budapest Café.” 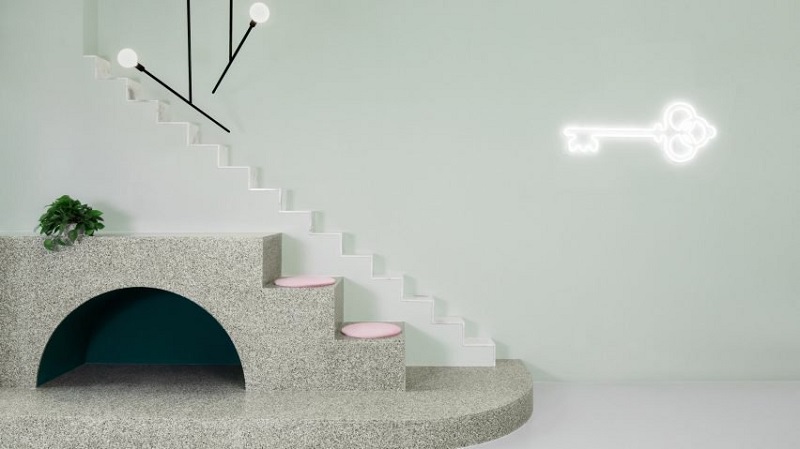 “The Budapest Café is designed to feel feminine, light, and fun, despite its loftiness and exposed structure. A pink ball pool, neon signage, and original Eero Aarnio Bubble chair inspire playfulness, and the bathrooms surprise with speckled pink terrazzo to complement and contrast with the nostalgic-green hues of the café. The contrasting hard and soft colors and design details reflect the personalities of Anderson’s characters in The Grand Budapest Hotel, enhanced by branding integrated into the café through signage, menus, and printed collateral.” 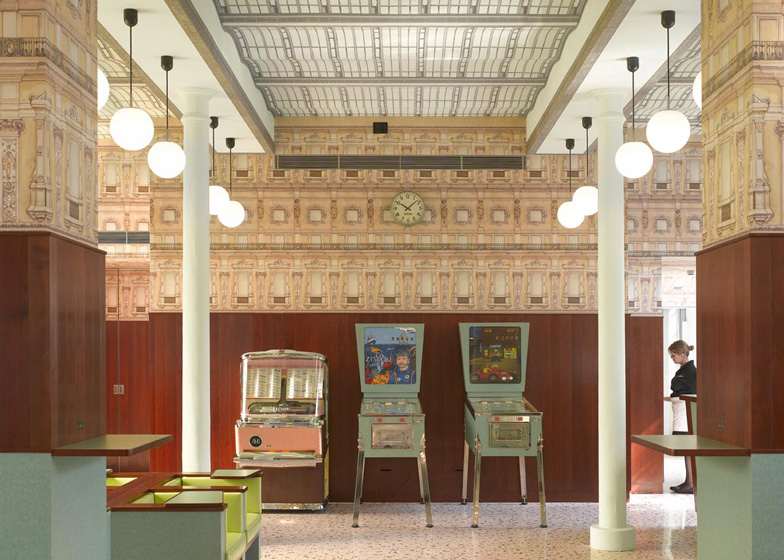 In Milan, you can actually visit a café designed by Wes Anderson himself. Bar Luce is the main dining space inside Fondazione Prada, the iconic fashion brand’s new arts center, which occupies a former distillery. Anderson referenced Milanese cafés and landmarks from the 1950s and 1960s to create an appropriately nostalgic and location-specific aesthetic. But if his own café seems even less Wes Anderson than Biasol’s, that’s only because he wanted to make sure it was usable in real life.

“While I do think it would make a pretty good movie set, I think it would be an even better place to write a movie,” he says of Bar Luce. “I tried to make it a bar I would want to spend my own non-fictional afternoons in.”