Coinciding with Miami Art Week, designer Virgil Abloh exhibited a forward-thinking collection at a pop-up installation in Miami’s Design District from December 3rd to 7th. Dropping on the market website Basic.Space at the same time, all the collection’s limited-edition pieces sold out within the week. 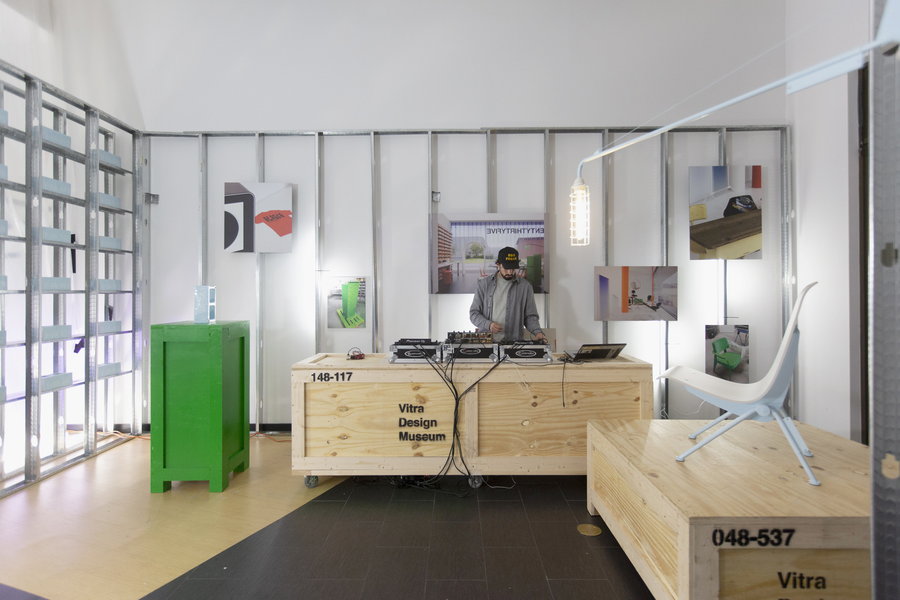 The Chicago native partnered with Swiss design firm Vitra to produce “2035: US Edition Virgil Abloh c/o Vitra,” a reimagining of a chair and lamp originally designed by French architect Jean Prouvé, as well as an original storage cube, all in the same airy baby blue tone.

A child of Ghanian immigrant parents, Abloh’s multi-faceted background as an “artist, engineer, creative director, artistic designer, industrial designer, fashion designer, musician and DJ, and philanthropist” made him a perfect ally for Vitra, whose “essence” is to generate innovative products with visionary designers. In 2009, after graduating with master’s degree in architecture from the Illinois Institute of Technology, Abloh interned alongside creative collaborator and rapper Kanye West at Fendi. The two have since joined forces for several ventures that helped launch Abloh’s career, eventually leading to his current position as artistic director for Louis Vuitton’s menswear collection (he’s the first African-American to hold such a status in any French luxury fashion house). He’s also the founder and CEO of fashion company Off-White. 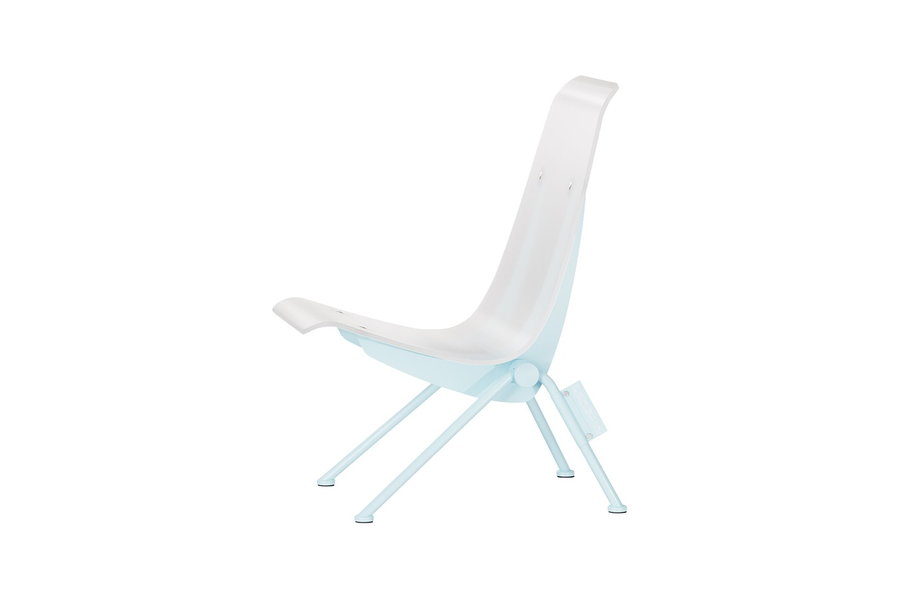 For this collection, Abloh renovated Prouvé’s iconic “Antony” chair. Originally designed for university dorms in the 1950s, he switched the original oak shell out for a translucent plexiglass, a tweak that allows soft light to permeate it in nighttime settings. The black metal frame has also been updated with a powder blue lacquer finish, fast-forwarding it into a 21st-century palette.

Like Abloh, Prouvé himself was also a jack-of-all-trades. As a craftsman, designer, manufacturer, engineer, architect, and teacher, most of his work was for the public sector, meaning he was designing for everyone. Abloh connects with that socially conscious perspective, explaining that he too “work[s] within many worlds: art, fashion, music, and philanthropy,” and that “I’m meshing my ideas from these many realms together for a greater message to the world.”

He adds: “To me, design always has the inherent idea of being a bridge from the past, with an eye towards the future. I loved the idea of introducing some Prouvé classics to a generation today that might not know the importance of his work.” 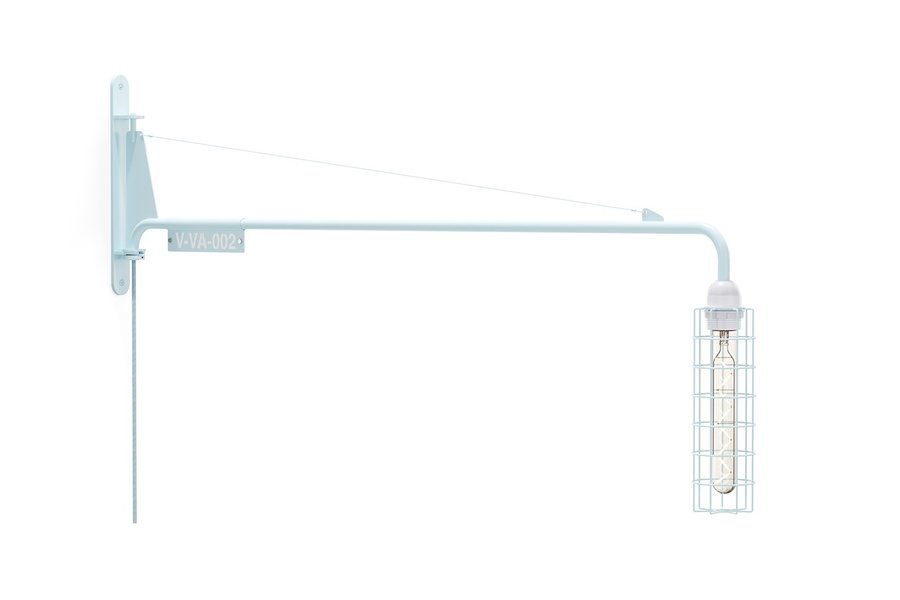 Fashioned by Jean Prouvé for his Nancy home in 1942, the Potence wall lamp got a revamp with a frosty blue lacquer on its “industrial DNA.” Abloh also elongated the light cage and added a vintage-looking LED bulb. 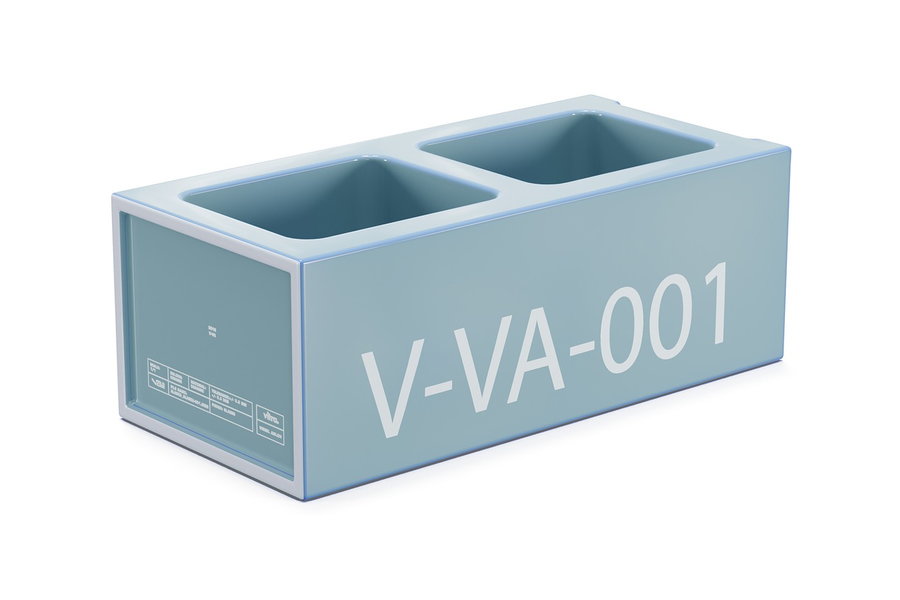 An Abloh original, the ceramic block is not only a design object but also a storage piece. Made of glazed ceramic in that same icy blue, each of the 999 total slabs is emblazoned with its own distinct number, making each piece individual yet equal. Each of the collection’s 150 chairs and 150 lamps also includes the same identifying feature.

Virgil’s knack for turning old classics into approachable icons is one reason Vitro wanted to pair up with him. “What I find particularly inspiring about Virgil Abloh is that he comes to the table as an outsider, with a fresh look at our collection and a different pace, free of constraints,” said Vitro Chief Executive Officer Nora Fehlbaum. “I’m interested in the way that he structures knowledge and passes it on to a new generation in such a condensed manner. He manages to shift the topic of design classics away from the discourse of an intellectual elite to make them accessible to a wider public.” 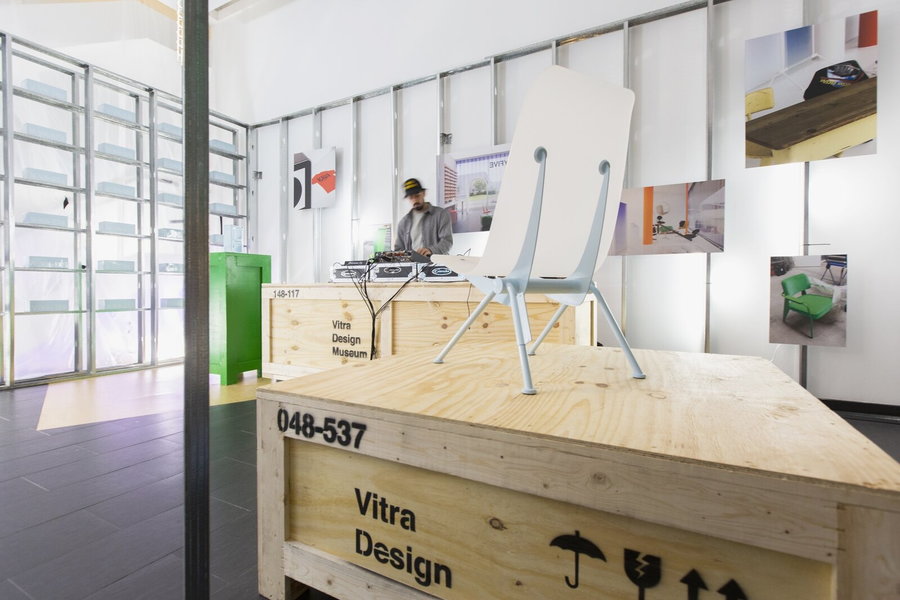 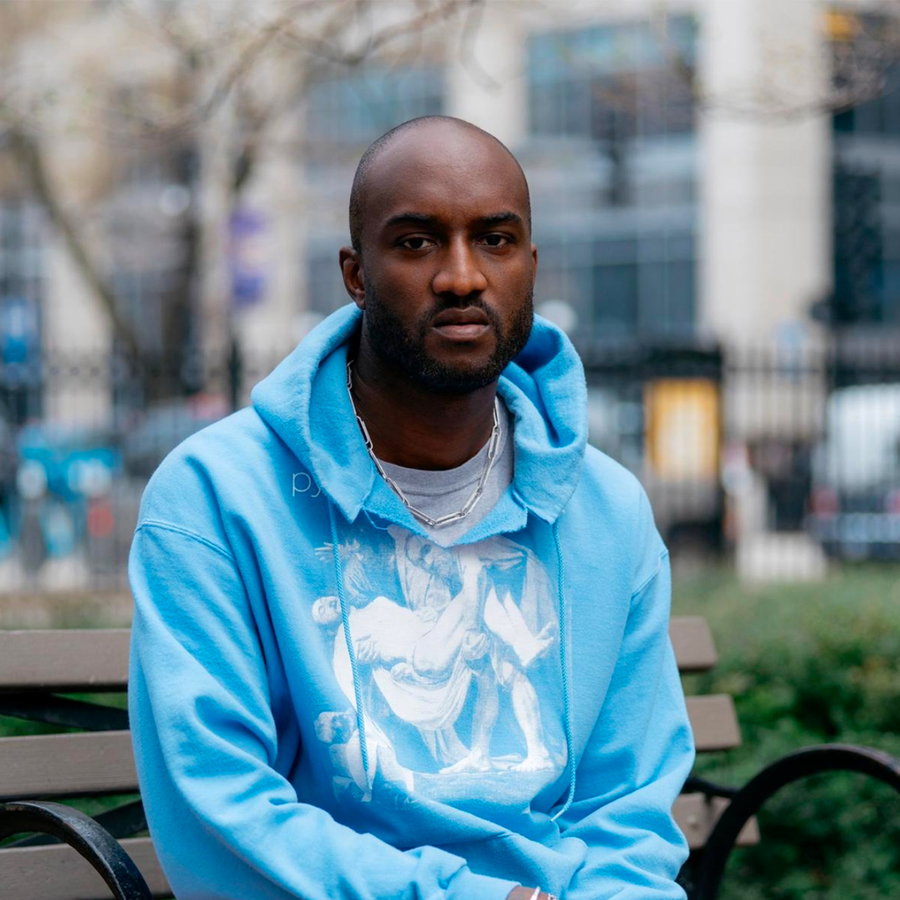