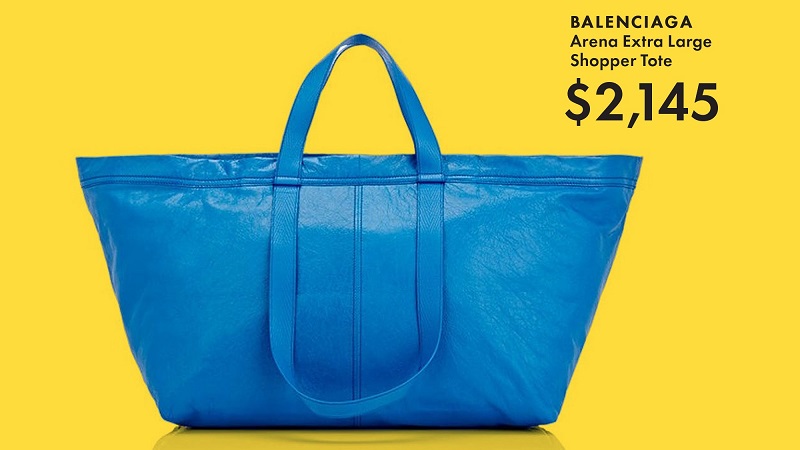 When fashion house Balenciaga released their own version of the classic Ikea “FRAKTA” bag for over $2,000, the internet predictably had a field day. After all, the original is made from plastic tarp and costs less than a single dollar. Why would anyone shell out thousands of dollars for a leather tote that screams, “I’m carrying Swedish meatballs and a sensible set of sheets?” Some fashionistas argue that the bag is actually uber practical for those deep-pocketed people who wouldn’t be caught dead carrying their belongings around in a real FRAKTA, noting that it’s hardly the first time a designer has turned something cheap into a four-figure luxury item. 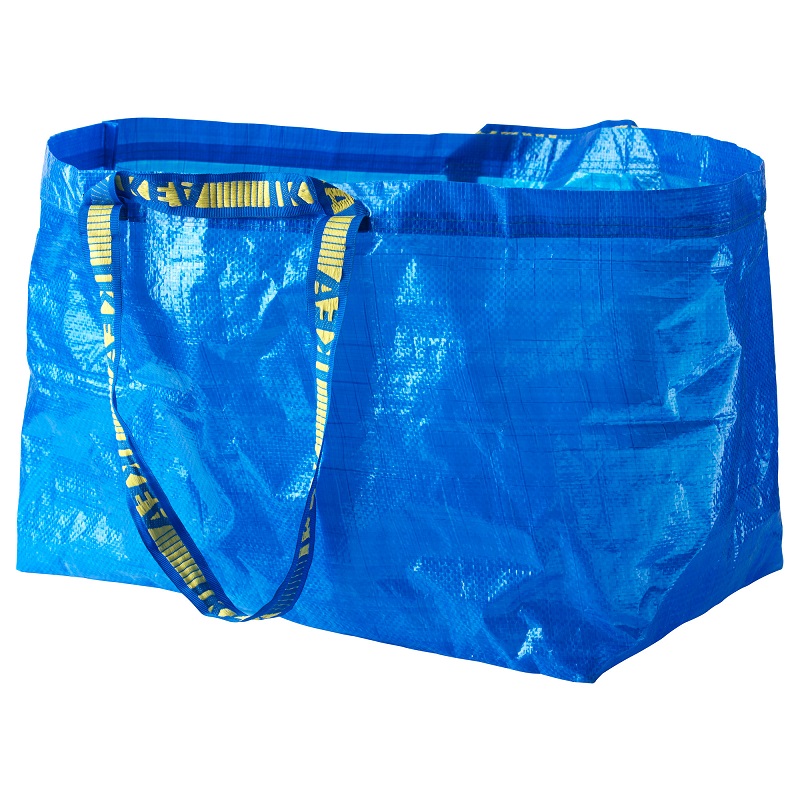 So it may not come as a surprise that Ikea is capitalizing on all of this attention with their very own redesign of the FRAKTA. They’ve turned to Virgil Abloh, Kanye West’s creative partner and founder of the fashion label Off-White, to help them reimagine the iconic blue bag. The result is slightly higher-end but is bound to remain much cheaper than Balenciaga’s “Arena Extra Large Shopper Tote.” 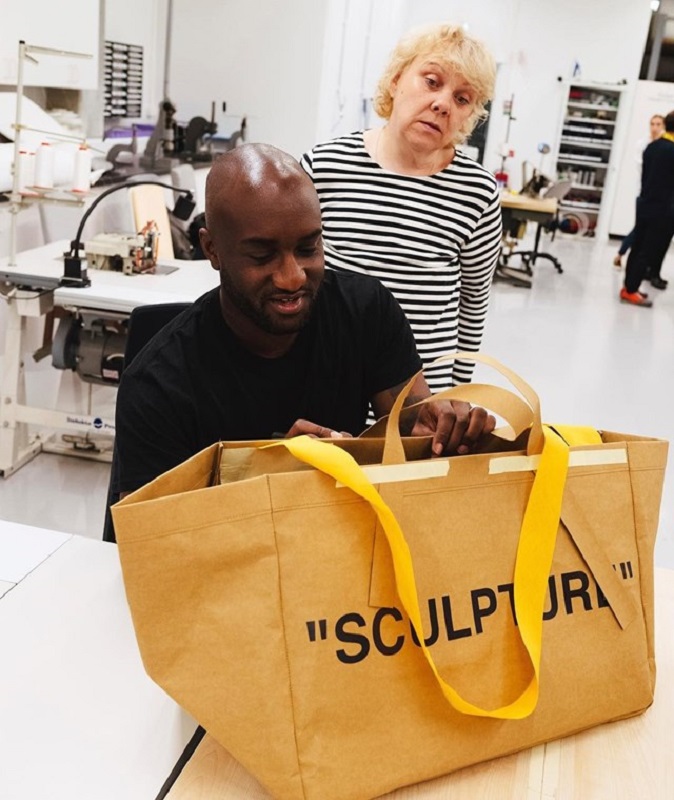 “We’re in a moment where Ikea is transcending, and people are bringing this ‘do it yourself’ culture to the blue bag,” Abloh wrote on Instagram alongside photos of the new design’s progress. “What I’m most interested in is doing that process in partnership with the brand. It’s allowing me to put my opinion on a classic. It’s unique, and distinctly as much of Off-White as it is Ikea.” It looks as if the bag will retain the FRAKTA’s practical shape, but its iconic blue tarp will be replaced by a thick, warm-toned canvas that would go well with a trench coat and some of the season’s hottest footwear. Abloh also shared a video of his work on the bag, in which he cuts a few prototype pattern shapes out of cardboard right next to an original FRAKTA. 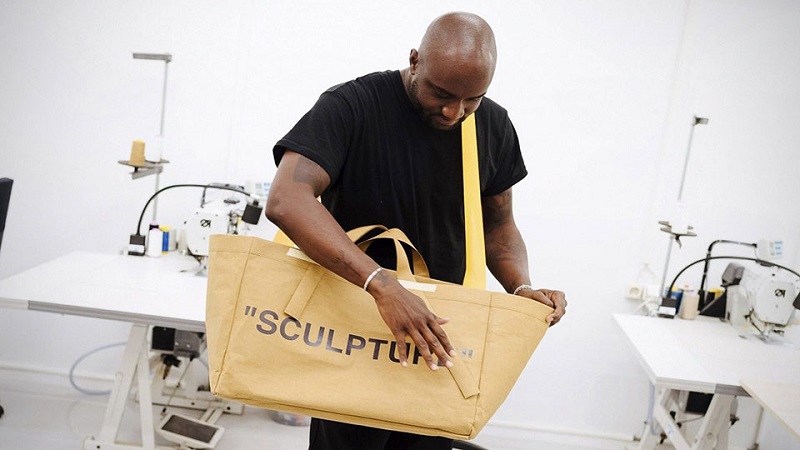 Abloh recently spoke at Ikea’s Democratic Design Days in Älmhult, Sweden, where he provided some more details on the partnership. For him, the ideal outcome of the project is “to spread the message of good design and sustainability.” Abloh also revealed that his work with the Swedish behemoth would go far beyond the new tote design, hinting at a haute couture future for Ikea. One wonders, considering Kanye West’s apparent interest in working with the mass retailer, whether the rapper himself will be involved in these plans at some point. 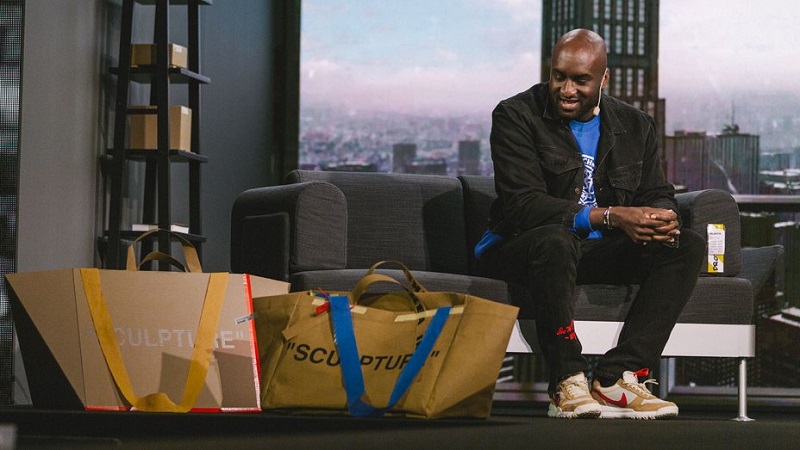 Sourced from The Hollywood Reporter

According to Abloh, The FRAKTA’s new look was made to appeal to young adults. He explains: “We’re looking at that first phase of adult life, when you start making purchases for your space. Largely people grow up in their parents’ environment. They’ve never had to consider furniture. Then when they’re off on their own and have their own aesthetic, what are their first purchases? I’m interested in thinking about how those purchases are informed.”

As of yet, the revamped FRAKTA doesn’t have a concrete release date, but we suspect that the internet will be waiting on pins and needles for further word.