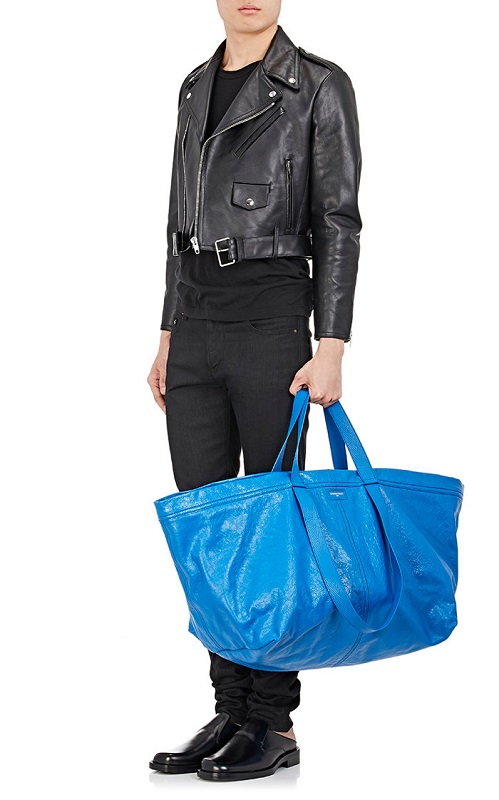 We’ve all lusted after designer goods that were way out of our price range before. Recent design trends have even favored casual-looking apparel, but the cost of it all doesn’t seem to have decreased. Now, luxury fashion label Balenciaga, best known for dressing celebrities and its impressive catwalk displays, has reimagined one of the working class’ more utilitarian items: the classic Ikea Frakta bag. Many will recognize this blue, plastic tote from their countless visits to the Swedish furniture store. It seems like far fewer people will become acquainted with the bag’s haute couture counterpart, which boasts a hefty price tag of $2,145. By contrast, Ikea sells their totes at a retail price of 99 cents. 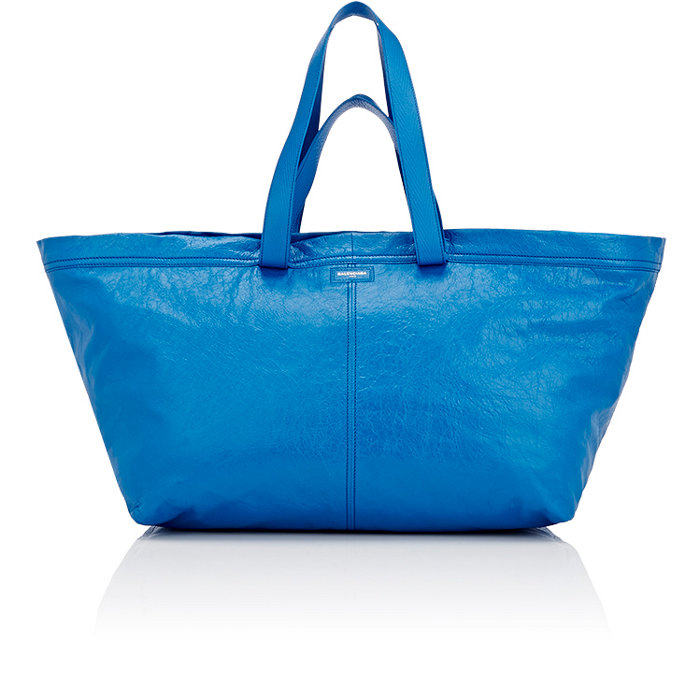 Continue reading below
Our Featured Videos
Responses to the “Arena” bag have revealed an outrage that goes far beyond simple comparison. Balenciaga has also received criticism for supposedly stealing some of the Ikea design’s key features, including its trapezoidal shape and double strap handles. Plus, people aren’t too thrilled that the label is charging 2,000 times the price of the Frakta. Nonetheless, the Balenciaga tote still brings a couple of new features to the table. A zipper running along the top side allows you to close the bag for carrying convenience, and of course, the label has done away with the yellow “IKEA” logo printed on the handles of the cheaper tote. Additionally, the Arena bag is made out of glazed leather, while the Frakta is made from polypropylene—a strong, waterproof, synthetic material created by Knut and Marianne Hagberg. 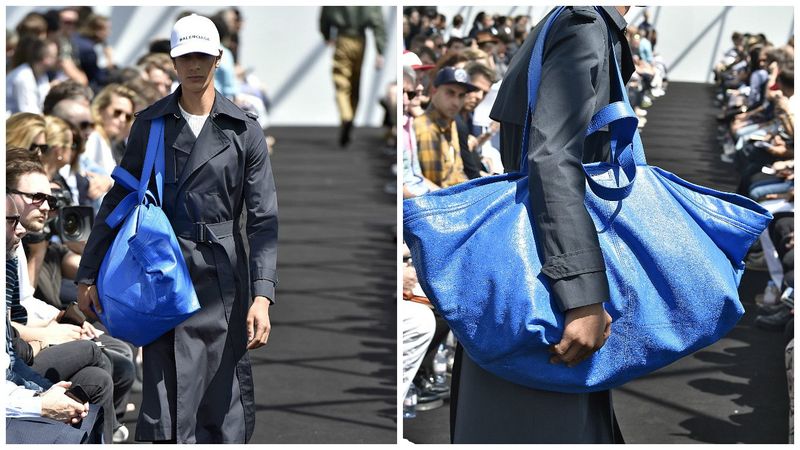 Despite all the online drama and frustrations with Balenciaga’s apparent gall, Ikea appears to be finding the whole situation hilarious. If anything, the design behemoth is honored to have provided the inspiration for such a big-name fashion product. Stella Monteiro, the sales leader for IKEA UK and Ireland, says “We are extremely flattered to seemingly be an inspiration for the latest catwalk designs for Balenciaga. Our IKEA Frakta tote is one of our most iconic products which are already owned and loved by millions—now the many people truly can get the designer look for less.” Not to mention the fact that the now viral comparison has given IKEA a ton of free marketing. The company recently released a witty advertisement of their own explaining how to spot an authentic Frakta bag. The tote is pictured above a block of text that reads: “How to Identify An Original IKEA FRAKTA Bag. 1). Shake it. If it rustles, it’s the real deal. 2). Multifunctional. It can carry hockey gear, bricks, and even water. 3). Throw It In The Dirt. A true FRAKTA is simply rinsed off with a garden hose when dirty. 4). Price Tag. Only $0.99.” 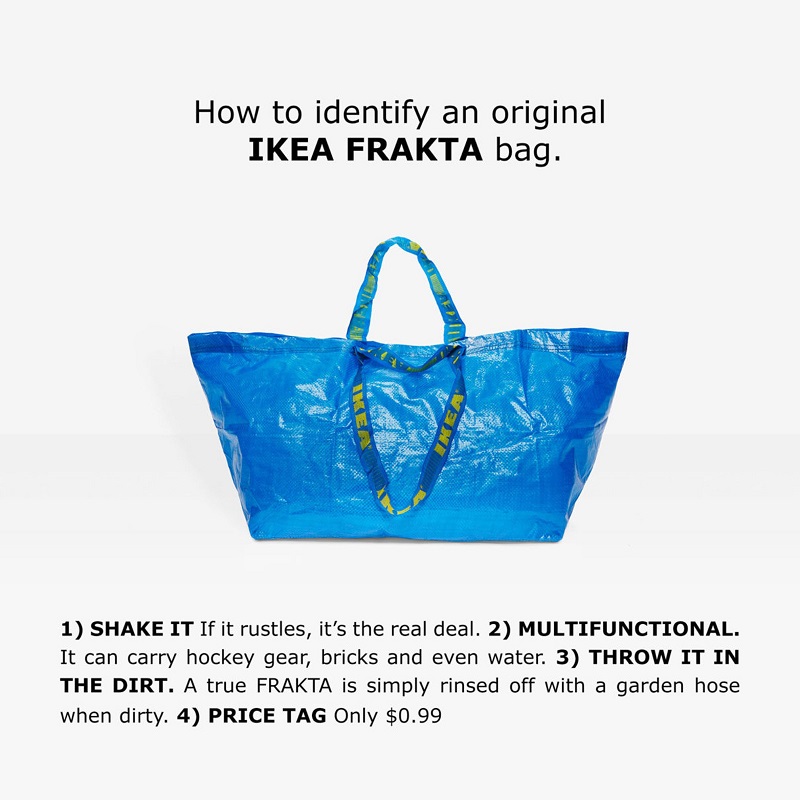 This is far from the first time that IKEA has influenced the fashion world. Just last year, the Danish brand Hay released their own interpretations of the Frakta. Since the release of the Balenciaga model, several people have also taken it upon themselves to repurpose the totes as articles of clothing, from hats and baseball caps to thongs, bras, and gas masks.