Remember when the biggest topic of conversation was the controversial final season of Game of Thrones? Those halcyon days when most of us hadn’t yet heard the word “coronavirus”? Maybe we can’t rewind time or erase 2020 from our memories entirely, but we can revisit some highlights from the “before time” as we look forward to a new (hopefully better) year. 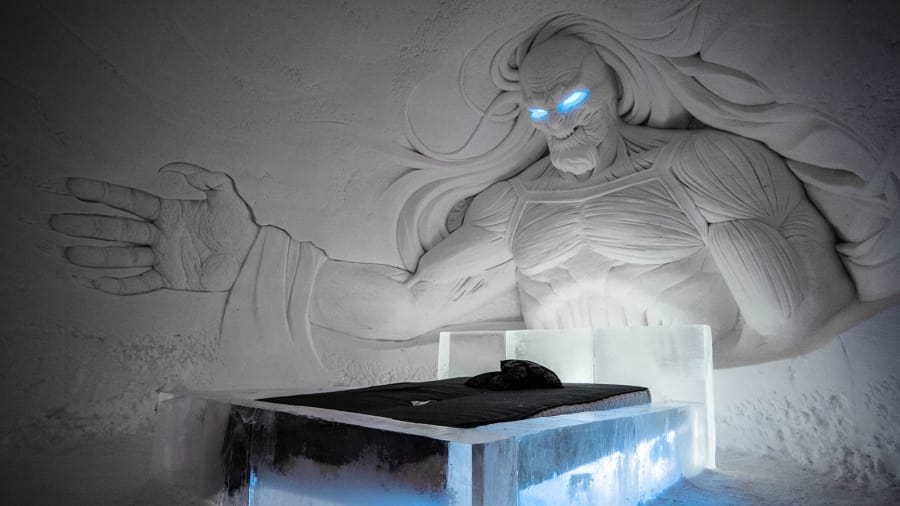 Every year, Finland’s Lapland Hotels SnowVillage carves incredible sculptural scenes into the ice and snow that makes up the walls of its hotel, restaurant, and bar. They’ll be opening as normal for the 2020-2021 season on December 20th with the theme “Winter Illusions,” a celebration of optical illusions that looks like it’ll be pretty cool in its own right. But it’s hard to imagine anything topping the Game of Thrones theme the hotel chose two seasons in a row, 2018-2019 and 2019-2020.

In the corridor, guests found a recreation of Braavos’ Hall of Faces. Massive dragons overlooked the bar, glowing eyes and all. In one of the guest rooms, the Night King loomed menacingly over the bed, which must have been quite a sight to wake up to. Many of the spaces are carved to mimic the most stunning castles in all of Westeros, from Winterfell down to King’s Landing. And of course, there’s an all-ice Iron Throne guarded watchfully by Gregor Clegane. 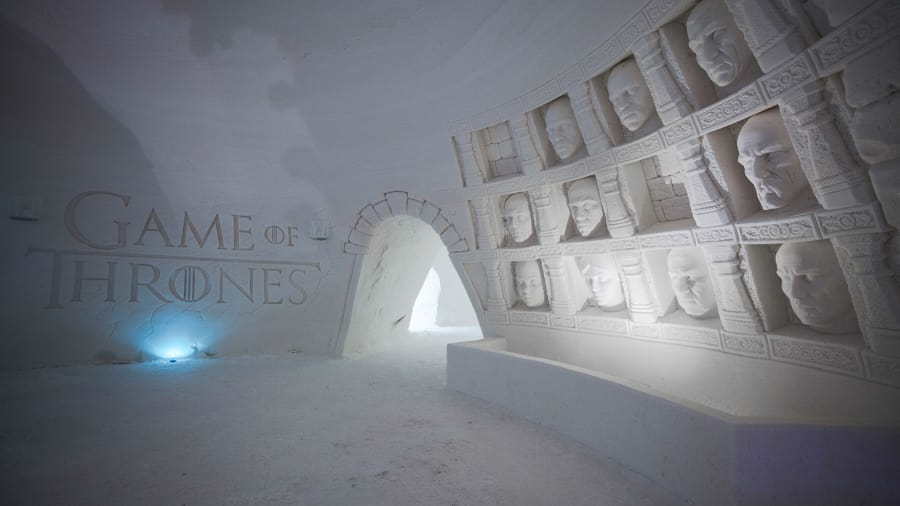 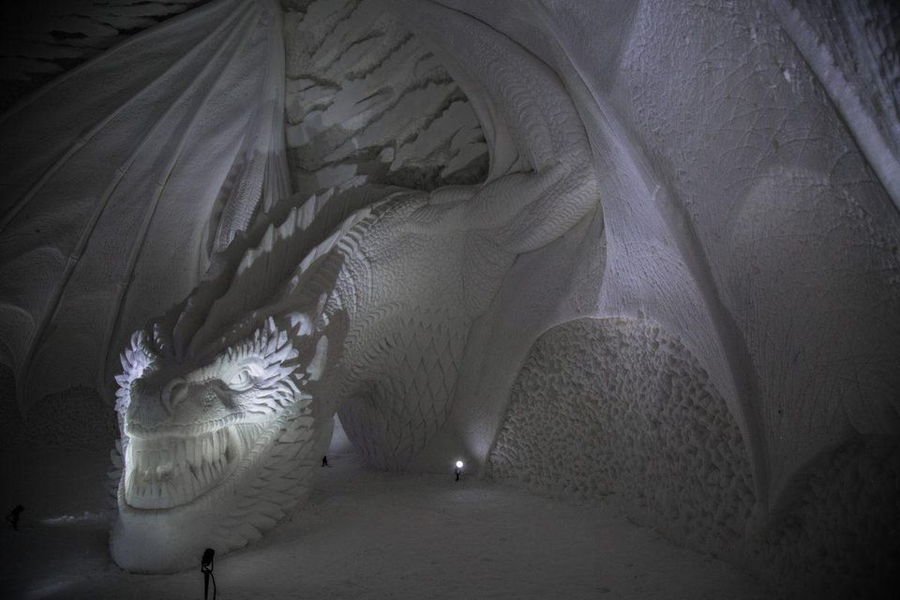 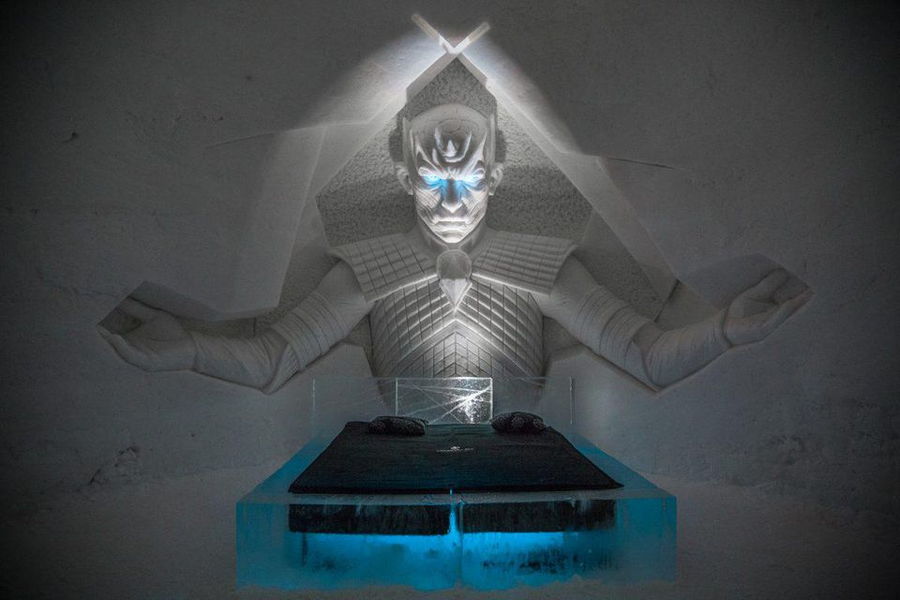 Set in the village of Kittilä nearly 125 miles above the Arctic Circle, the hotel is rebuilt every year using about 44 million pounds of snow and 771,000 pounds of natural ice. Ice sculptors are flown in from around the world months in advance to complete the temporary architectural wonder, which features 24 total rooms including 10 guest rooms, a chapel, and a movie theater. 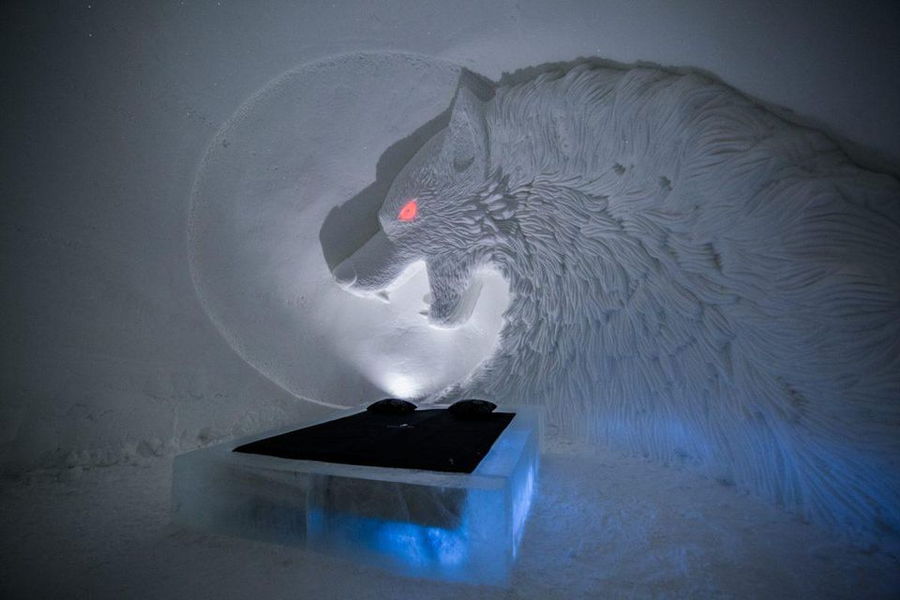 Unlike most hotels, the SnowVillage doesn’t encourage you to stay more than one night due to the extreme conditions. Obviously, there’s no indoor heating, since that would melt all the creations the sculptors worked so hard to build. Those hardy enough to sleep on a slab of ice in freezing temperatures get high-quality thermal sleeping bags and faux fur throws, and warming cabins are available if you need to take a break from feeling like you’ve ventured too far north of the Wall.

If you don’t think you can hack an overnight stay, day passes are available for $18. The SnowVillage also offers guests snowmobile tours to view the region’s stunning Northern Lights, reindeer sledding excursions, and ice sculpting classes. 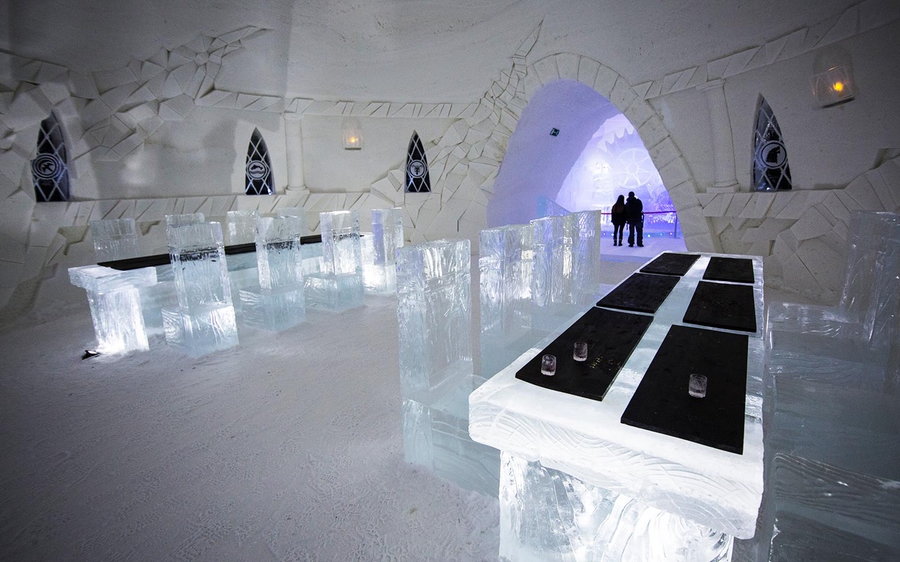 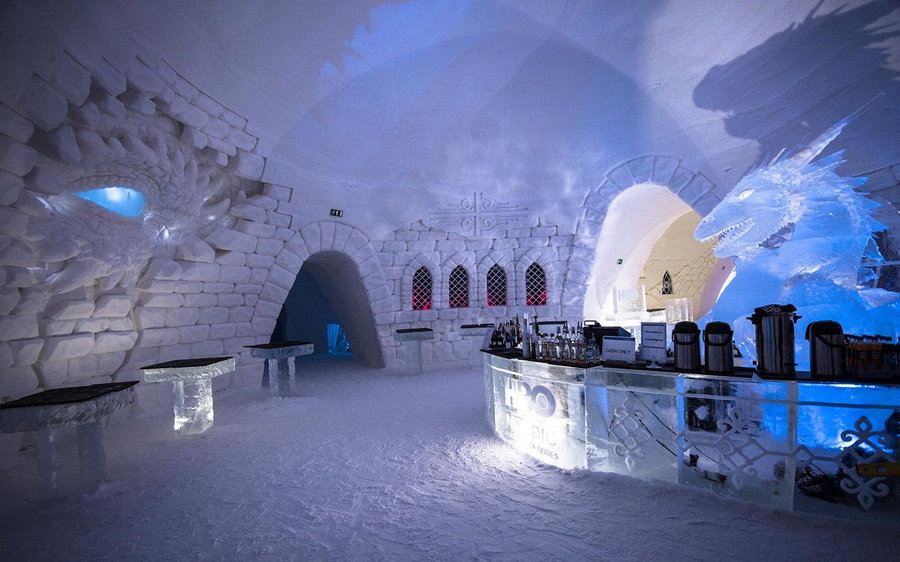 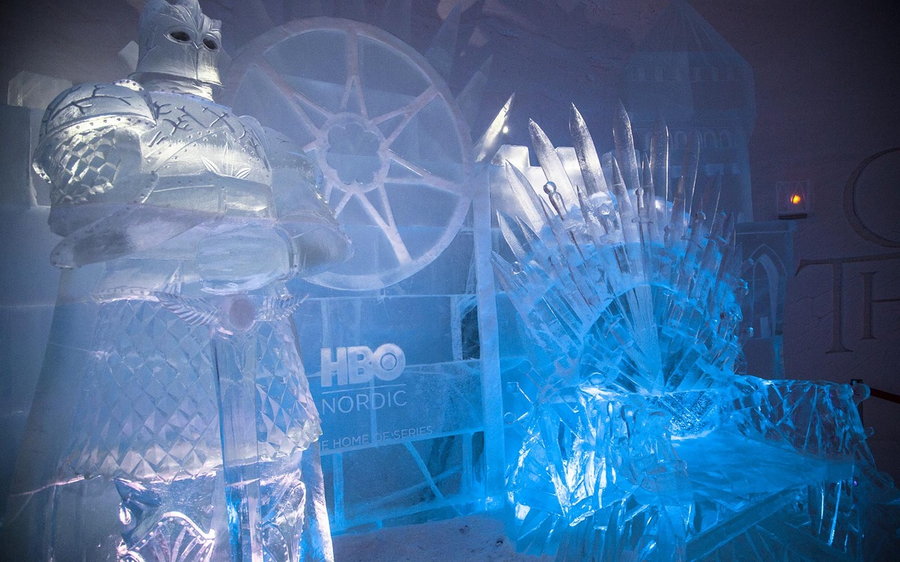 Not everything can be Game of Thrones, but in the weeks to come, the SnowVillage will debut additional photos of this year’s sculptures. Most of us aren’t traveling this winter, but you can check them out virtually on the hotel’s Instagram, @SnowVillageFinland.