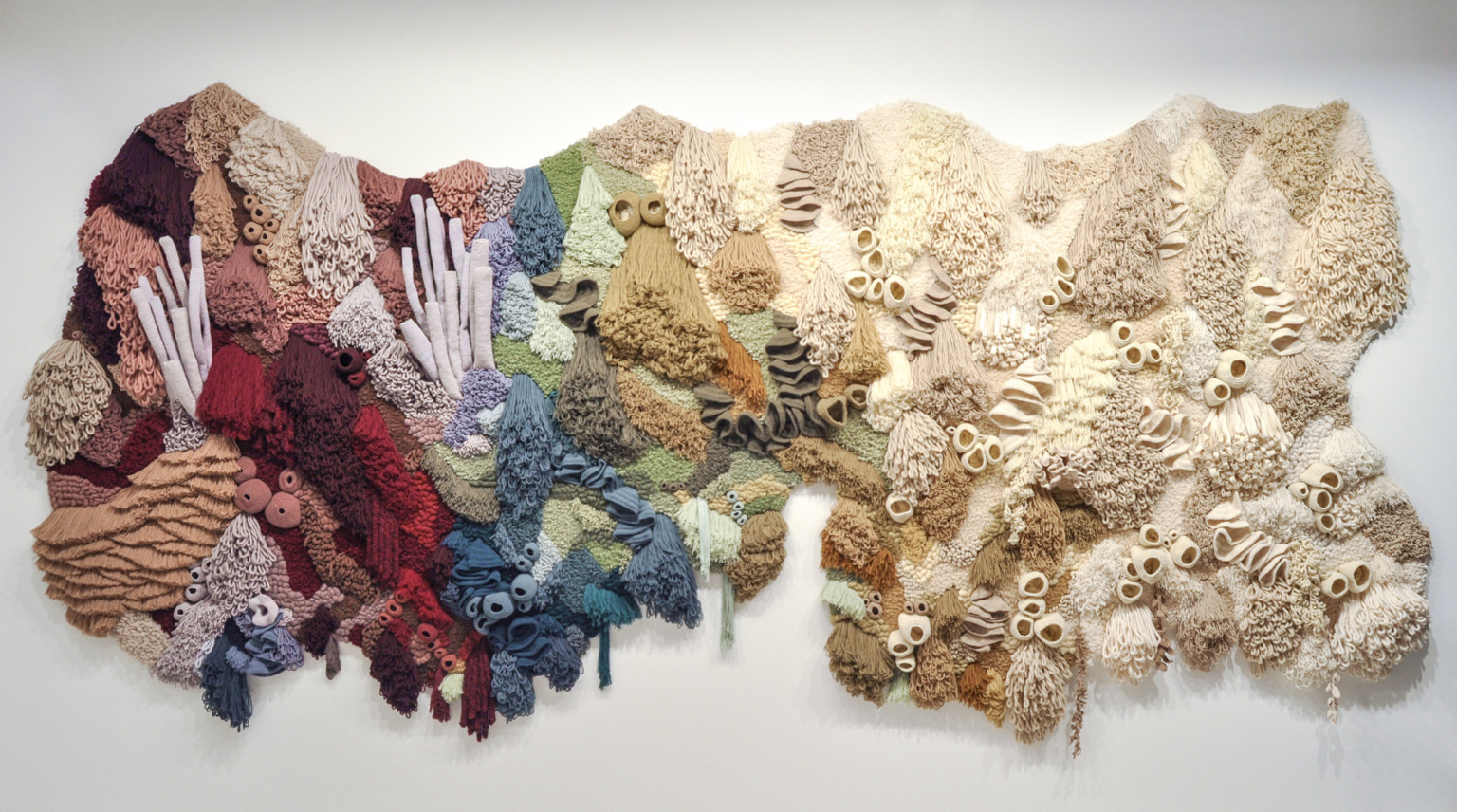 Coming in just under agriculture as the second-largest polluter of clean water around the world, the textile industry has an enormous environmental footprint.

Many of the dyes and other chemicals used in textile production are so toxic, they’re banned (or at least strictly regulated) in some countries. Polyester garments and home goods like rugs and bedding continue to shed microplastics as they’re washed, and its no big secret that those little particles eventually make their way to the ocean. Even natural, renewable materials like cotton contribute to the problem because of their high pesticide use and water consumption. But one of the most shocking impacts of textiles on the planet is the amount of waste generated from the moment they’re produced right up until they’re deemed unusable.

Fast-changing trends and low prices encourage consumers to replace textiles more frequently than ever before. Each person throws away an average of 70 pounds of clothes and shoes every year, and about 85 percent of that waste goes to landfills. But a shocking amount of waste occurs before these items ever make their way to store shelves. About 15 percent of fabric intended for clothing is left on the factory floor during production and ultimately discarded. 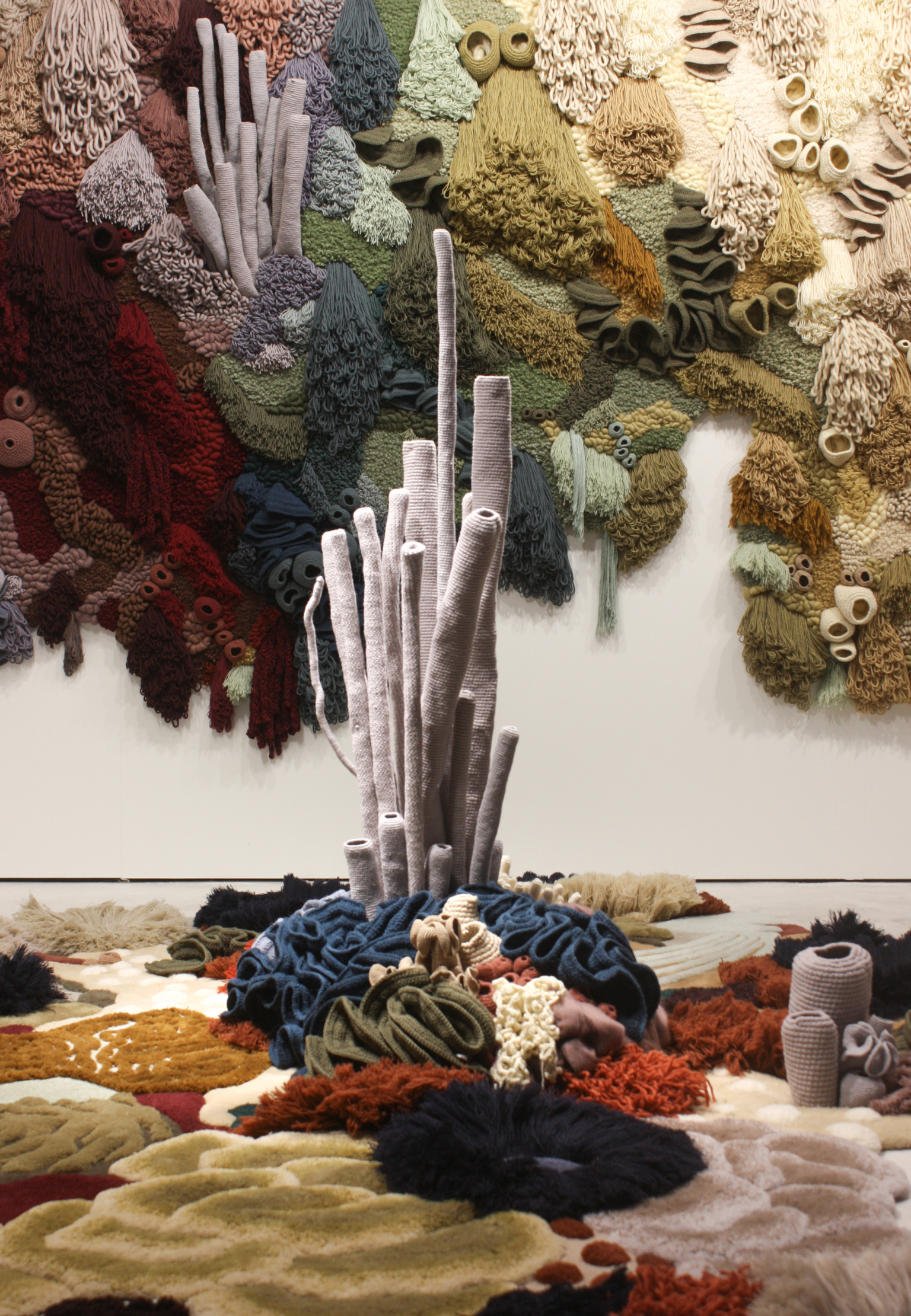 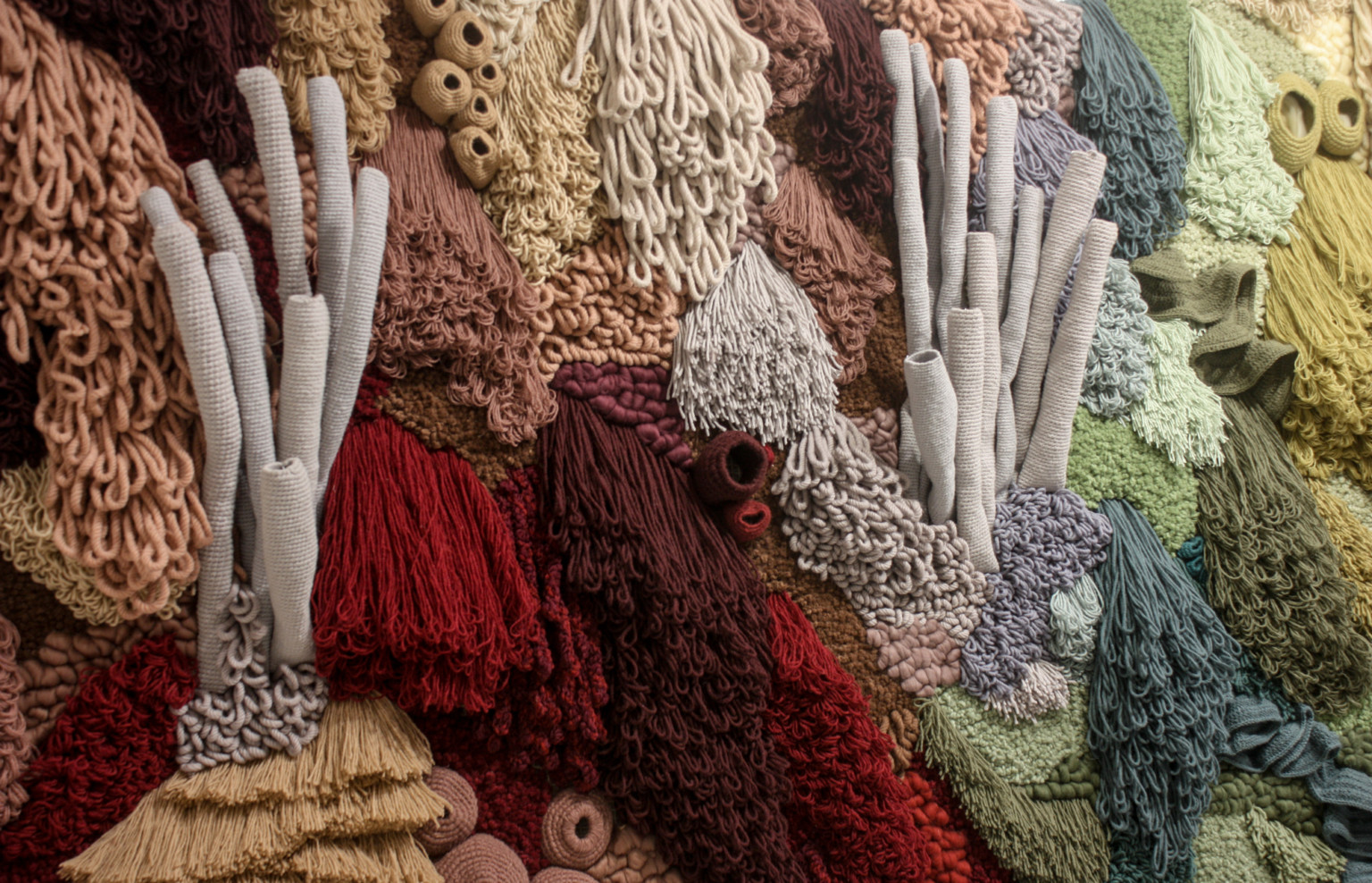 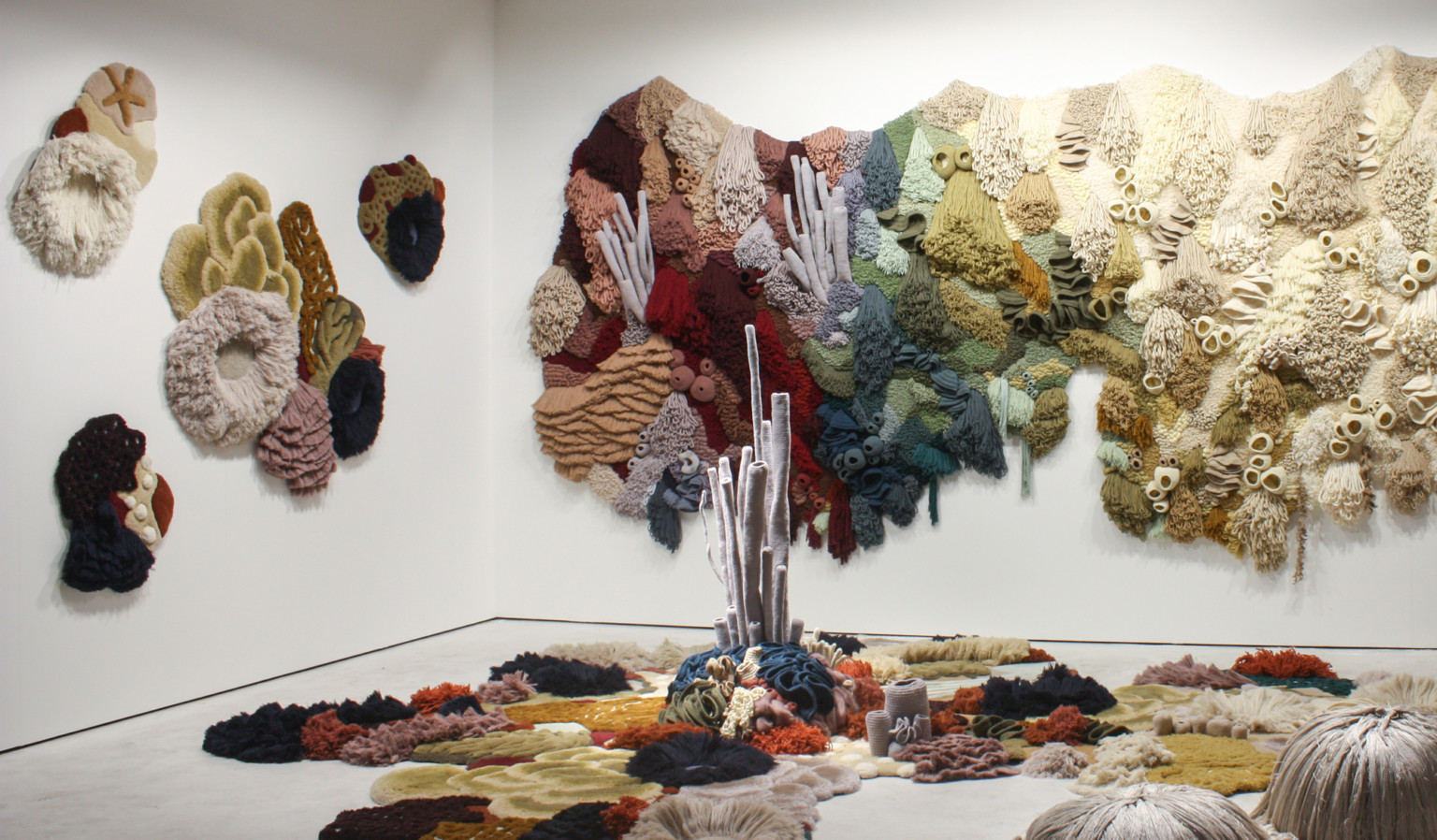 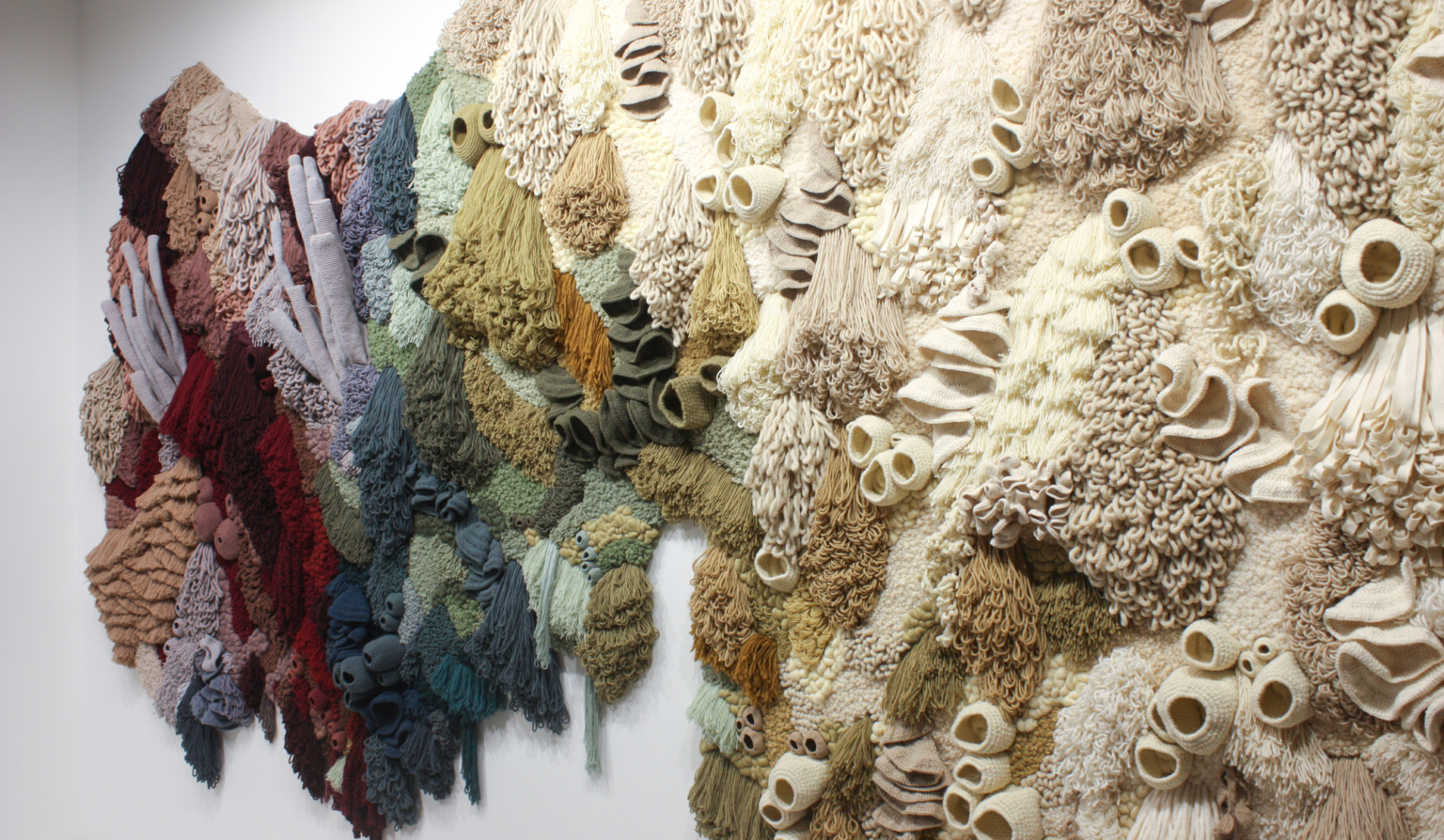 Portuguese artist Vanessa Barragão makes a striking statement on all of this waste — and its impact on the oceans — with her recent work “Coral Garden.” Made from unused wool, cotton, and lyocell yarn sourced from the deadstock supplies of an artisanal rug manufacturer, her sculptural tapestry illustrates a vivd living coral reef growing colorless and dead from one end to the other. She used traditional techniques like crochet, latch hook, embroidering, and felting to mimic the shapes seen in a natural reef.

Coral reefs represent some of the most vital natural habitats on the planet, notes Barragão. Without them, many species would go extinct, causing serious harm to the entire food chain — including humans. The connection between our own practices and behaviors and the health of the planet can seem abstract at times, but Barragão’s work aims to draw attention to it in a strikingly visual way. 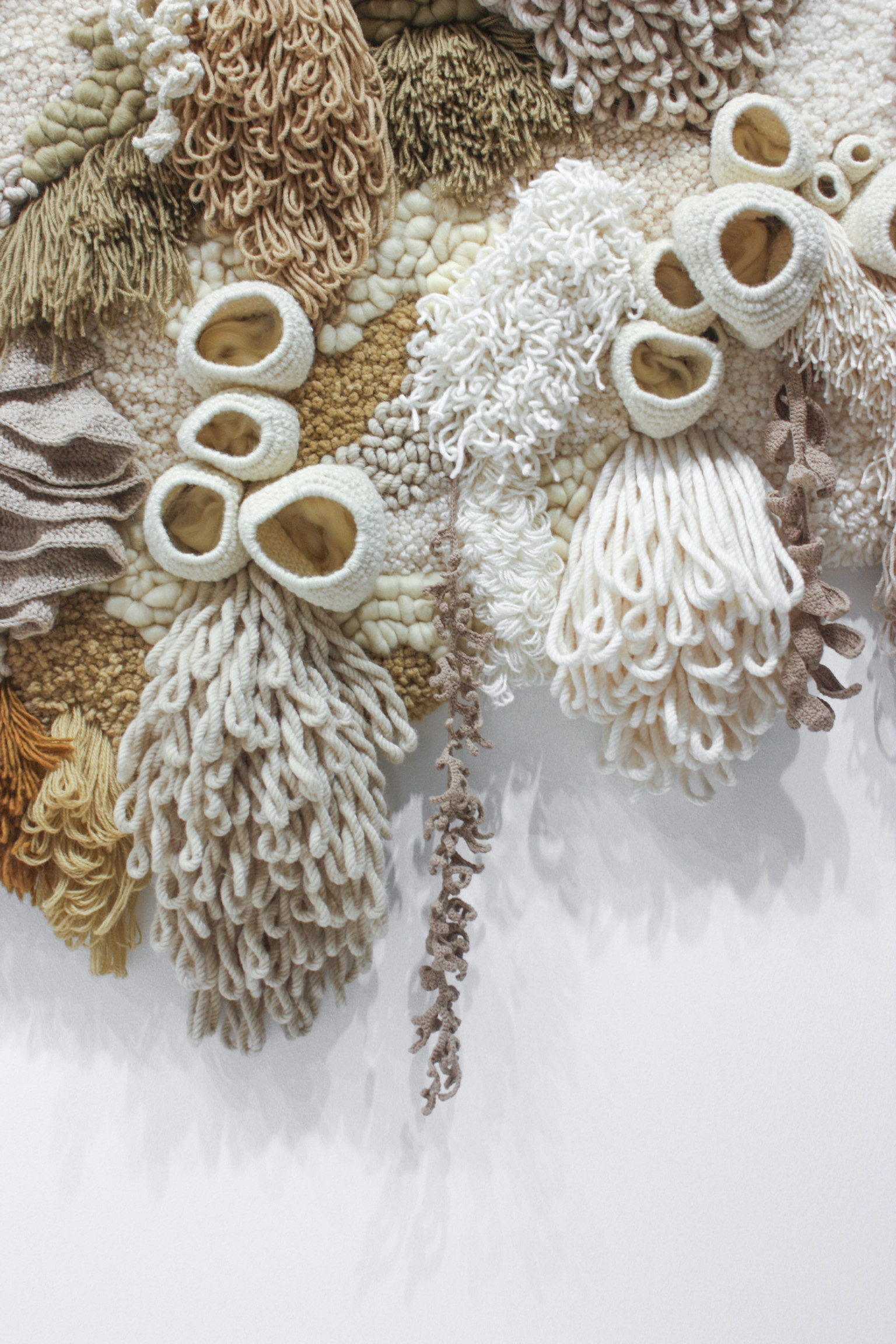 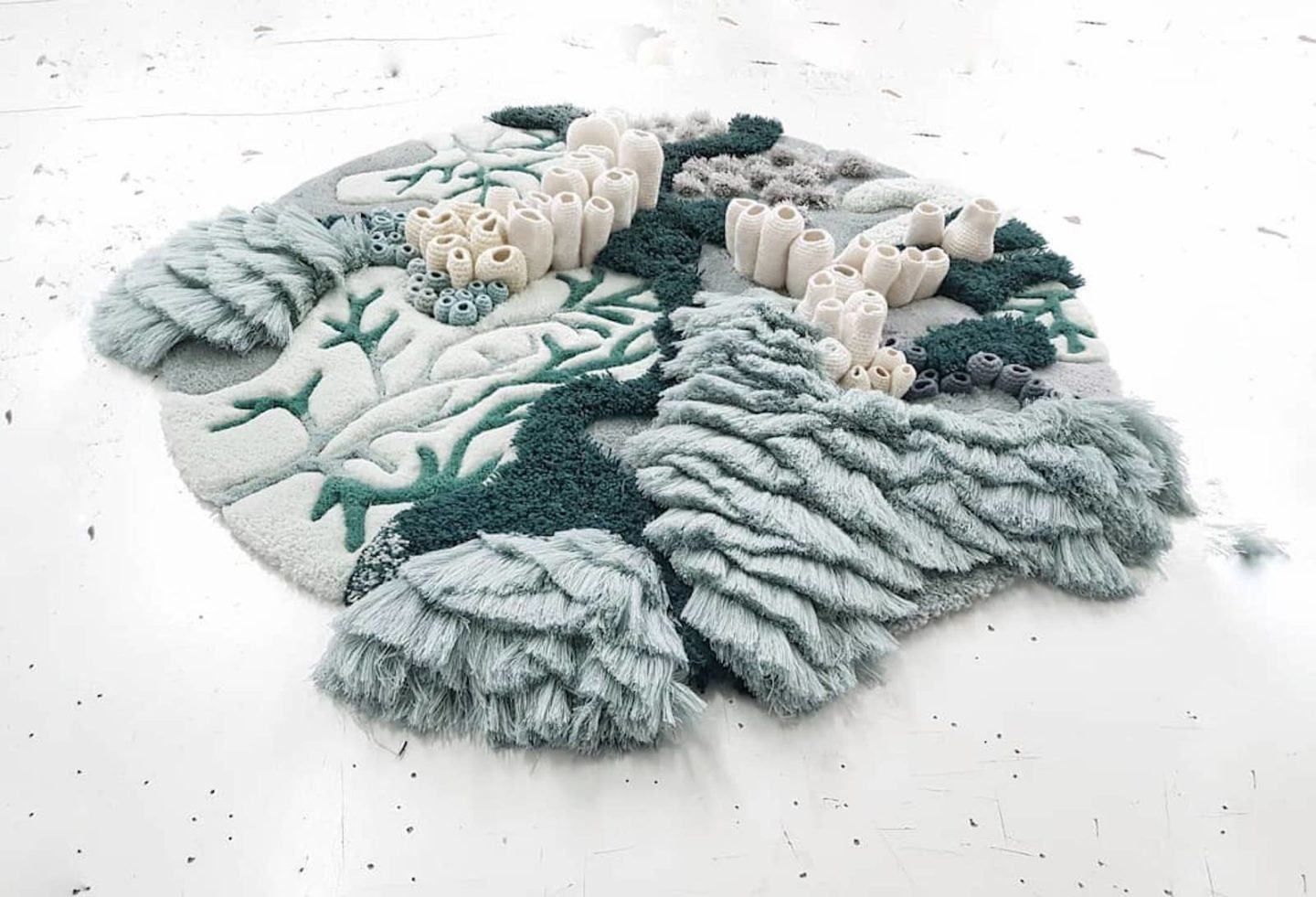 “All the machinery used requires tons of energy while producing a lot of waste and disposable trash,” reads Barragão’s artist statement. “It is extremely harmful for our world and it affects all of its different natural environments, particularly the ocean, which absorbs 90 percent of the atmosphere pollution, warming up itself to the point that many species get threatened, [especially] the corals.”

“Vanessa believes that an upcycling effort is the right way to try to fight against this kind of negative mindset described above. All the materials used come from the deadstock of several local factories, which are first cleaned and then selected to recycle and reuse in her projects. Her production is completely artisanal and handmade.” 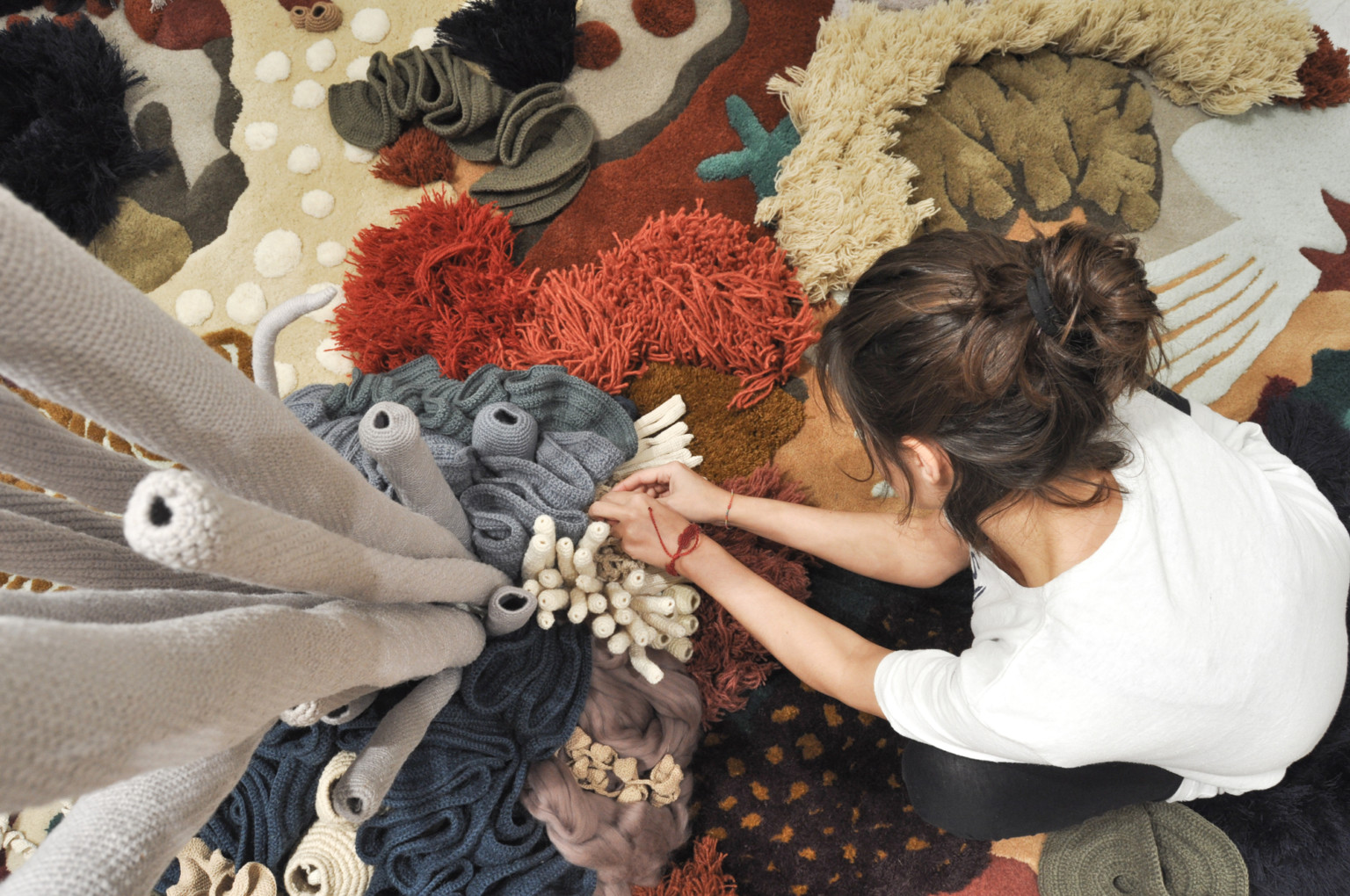 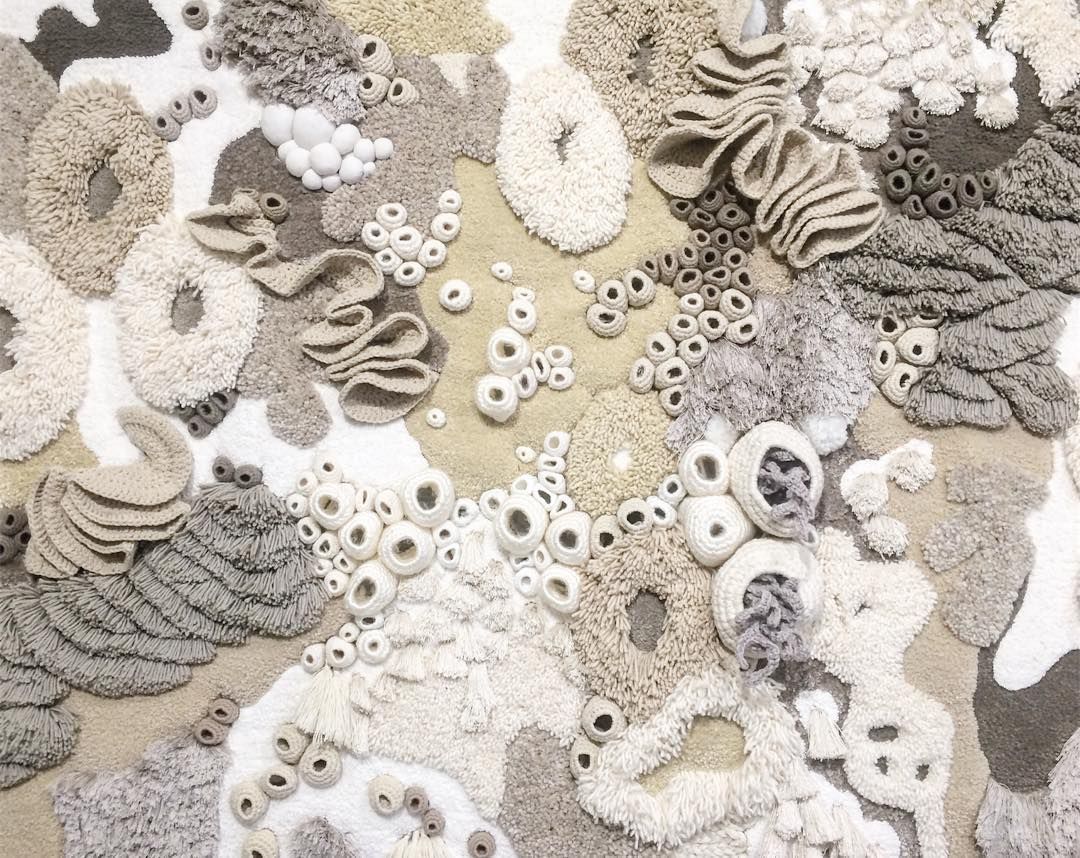 Other works on similar themes by Vanessa Barragão include “Ocean Tapestry,” a cooler-toned creation completed in 2018, and “Bleached Coral,” completed in 2017. See her full portfolio at VanessaBarragao.com.