So-called “waste” plastic still has the potential for long-term functionality after it’s used, so why do we allow so much of it to end up in our landfills and oceans? Instead of further contributing to the serious environmental problem of plastic pollution, we could be sending plastic bottles, packaging, and other household waste right back into the production cycle to create brand new objects. 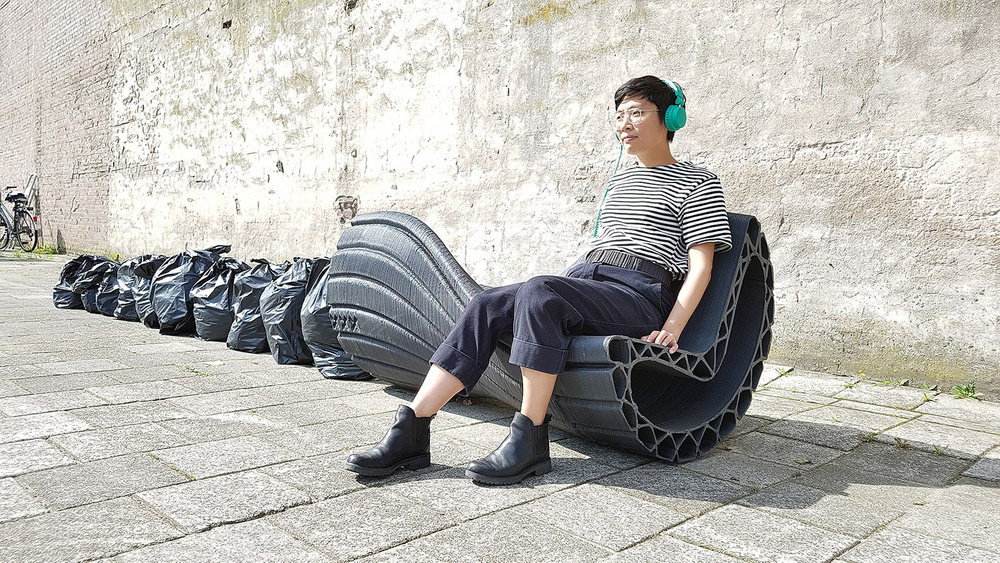 Perhaps it doesn’t help that most of us see recycling as something that happens in a faraway facility, out of our own view and participation. Could interactive initiatives that call for public input and put the recycling process on display spark enthusiasm and make people feel like they had a more personal stake in the circular economy? 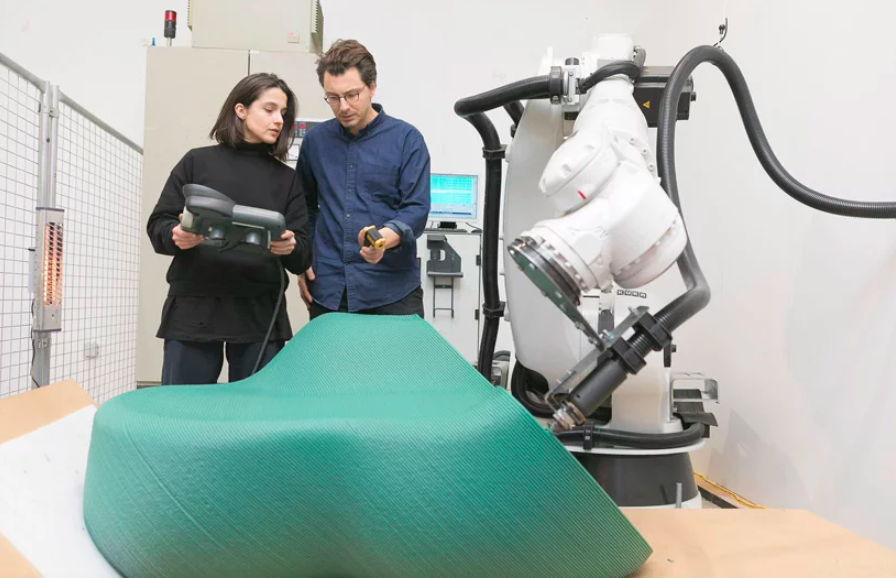 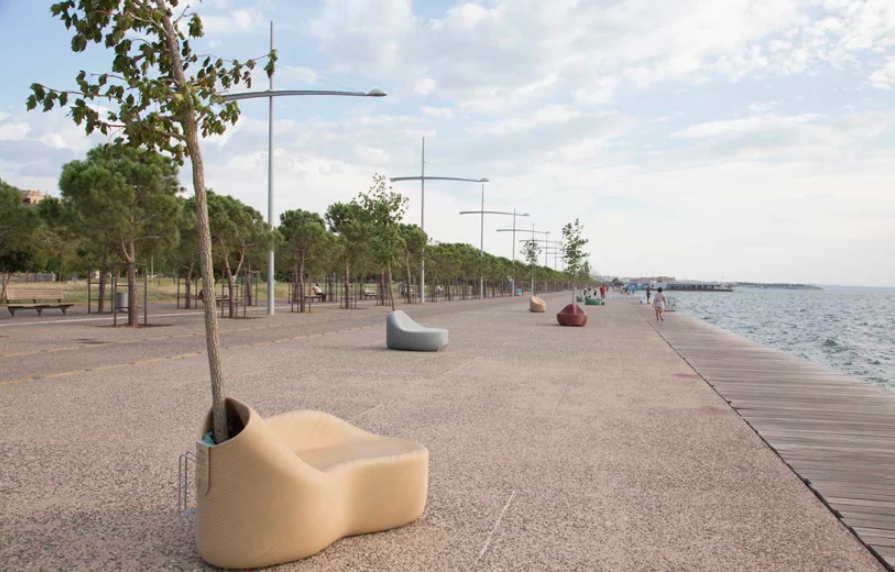 That’s what Dutch creative collective The New Raw hopes will happen as a result of their “Print Your City!” project, which uses large-scale 3D printing to turn plastic waste into public furniture that everyone can use. The initiative invites citizens to contribute their own plastic waste, design their own custom street furniture, and participate in the process of bringing it to life. There’s something to be said about the satisfaction of watching your own creation take shape, especially when you’re benefiting the environment at the same time.

Since citizens of Thessaloniki can now actively design furniture that they’ll ultimately be able to use themselves, they’ve become very invested in the project. Thousands of people have already donated waste and submitted designs for things like multifunctional urban benches with built-in bike racks, planters, dog feeding bowls, and bookcases, all featuring metal tags that indicate how many kilograms of plastic went into them. 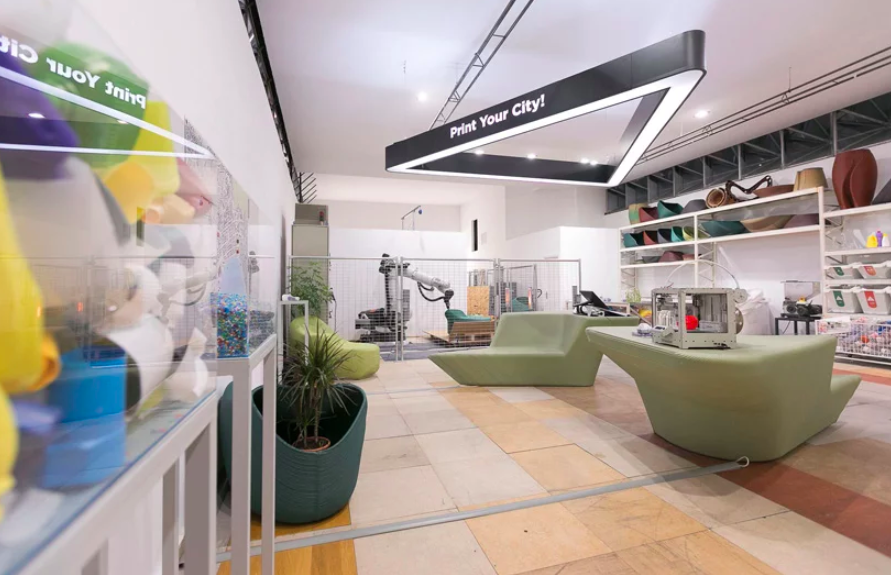 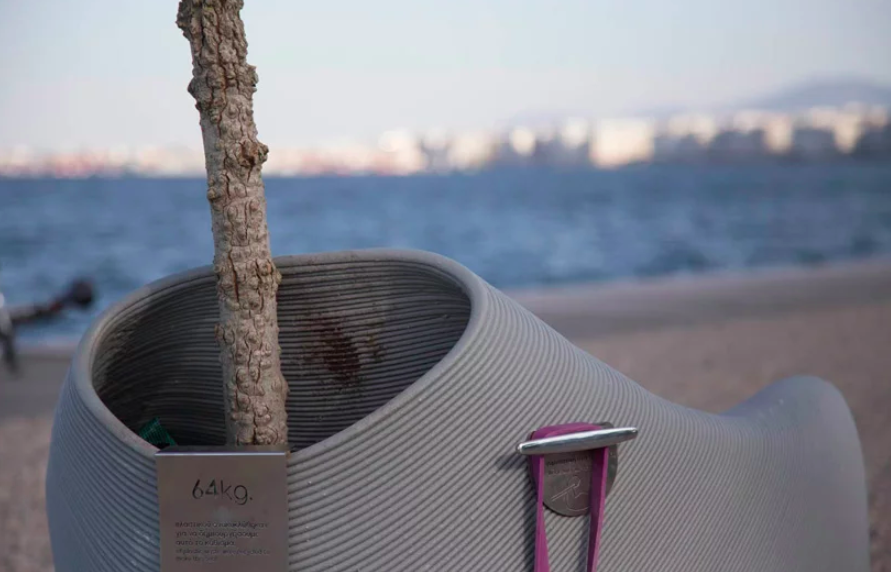 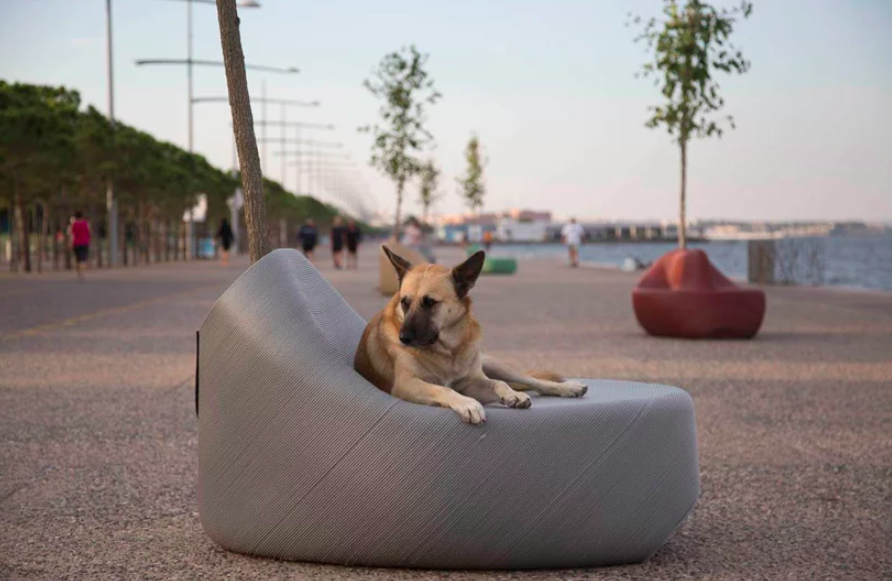 The 3D printing process allows each creation to take on a comfortable ergonomic shape. Last summer, prototypes were placed in Nea Paralia (Thessaloniki’s waterfront promenade) for public use. Throughout the first quarter of 2019, citizen-submitted designs will debut at Hanth Park in the city center.

“The throw-away lifestyle of contemporary cities has increased the demand for single-use plastic packaging and plastic waste,” says The New Raw. “In Amsterdam alone, residents generate an average 23 kg of plastic waste per person annually (2015), enough to 3D print one bench for every two Amsterdammers each year!” 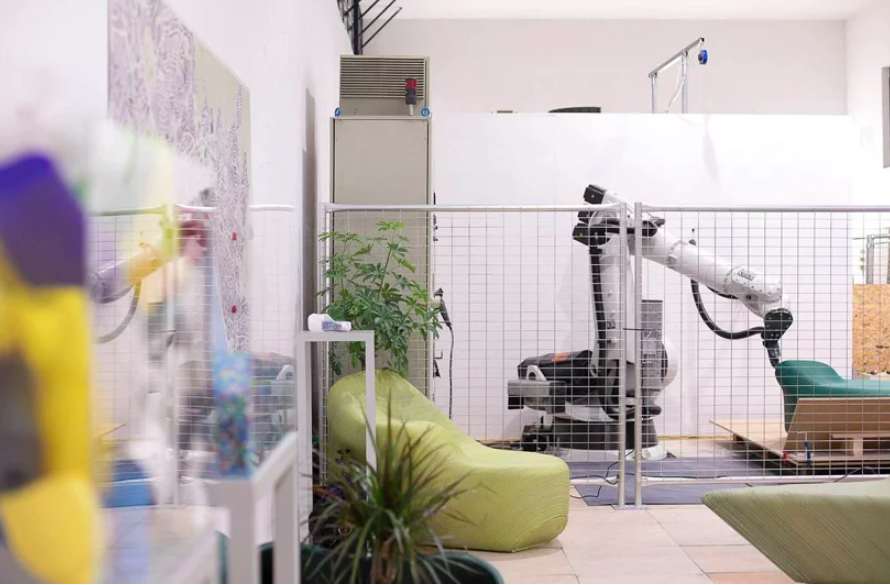 “The technology of 3D printing enables closing the material loop of plastic with a short recycling path and a zero-waste production process. Furthermore, it can combine modular repair and mass customization, making a more circular city feasible with more engaged citizens and less [carbon dioxide] emissions.”

Print Your City! is a pretty cool way to demonstrate the direct impact of recycling. In the future, when 3D printers are more widely available, people might even be motivated to clean up as much freely available plastic waste as they can find to create new objects to use and sell.