As the U.S government works to eliminate virtually all of the restrictions protecting its shorelines and pristine natural parks from oil drilling, the German government is dealing with a very different problem. The country has such a massive surplus of renewable energy, it’s literally paying its people to use electricity. In recent decades, the European nation has installed tens of thousands of wind turbines all over its 137,847 square miles (an area about half the size of Texas). It’s also rich in hydropower, biomass, and solar power facilities, and on one particularly sunny, windy day in 2016, energy production was so high that prices dipped into the negative. Pretty impressive, huh? 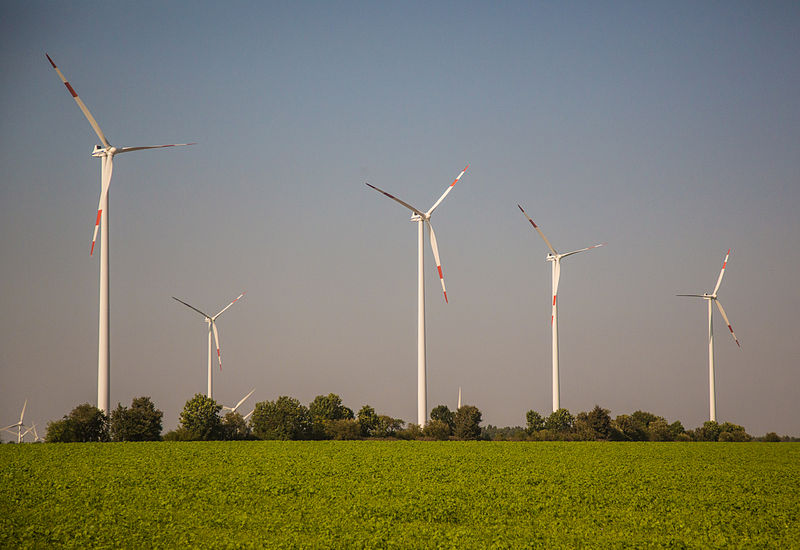 Germany is hoping to run on 100 percent renewable energy by 2050, and it looks like it’s well on its way to achieving that goal. Measured daily, the average percentage throughout 2016 was around 35, but on that particular day, it soared up to 87 thanks to the weather conditions. It just goes to show you what’s possible when governments work to phase out fossil fuel reliance, and with any luck, this unexpected windfall (pun intended) could inspire other countries to follow Germany’s lead. Onshore wind turbines accounted for nearly one third of Germany’s power production by the end of June 2017, and new installations are expected to increase that figure by another nine percent this year.

“We have a greater share of renewable energy every year,” says Christoph Podewils, spokesperson of the clean energy think-tank Agora. “The power system adapted to this quite nicely. This day shows that a system with large amounts of renewable energy works fine.” 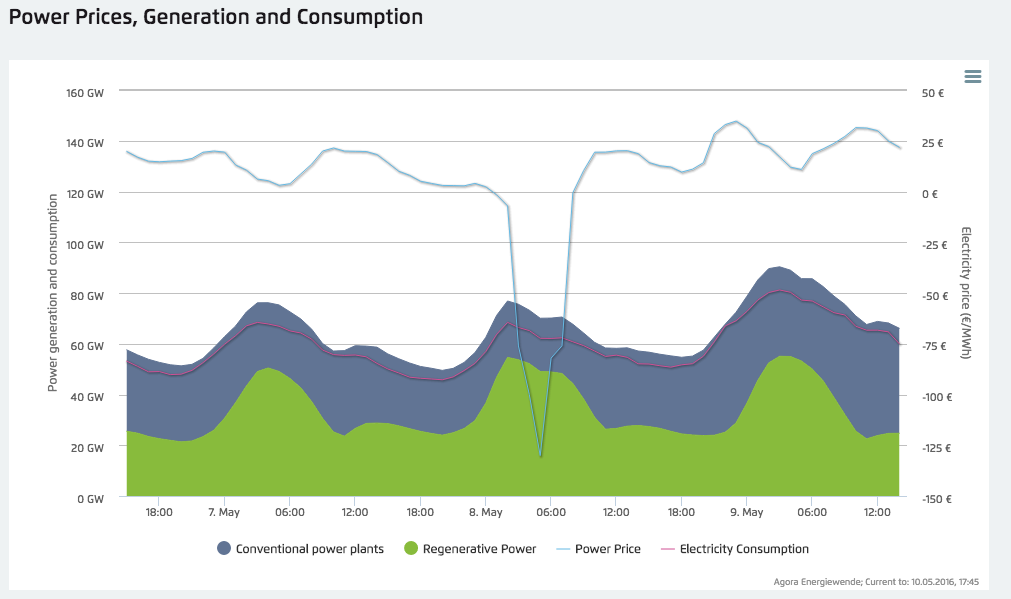 The German government is expected to reveal how it plans to reach its lofty 100 percent renewable energy goal — and cut carbon dioxide emissions by 95 percent — over the next few months. Coal still accounts for about 40 percent of the country’s electricity, and though Germany is working to eliminate dependence on nuclear power, some plants are still operating there. But since production at those plants can’t be halted so easily, the power companies in charge of them were temporarily forced to sell electricity at a loss. Unfortunately, it wasn’t everyday residential companies that benefitted from the boon, but large industrial ones like refineries and foundries.

In the neighboring country of Denmark, an overabundance of renewable energy has been a reality for a while now. Like many other countries, it began subsidizing wind power in the 1980s as fear of global warming became more widespread. Unlike other countries, however, Denmark succeeded in making it a viable industry, while the rest failed largely because of prioritized research and development budgets and their tough stances on eliminating nuclear power plants. In 2015, Denmark set a world record by producing 42 percent of its electricity from wind turbines. Like Germany, Denmark also experienced an unusually windy day back then, in which it was able to meet 140 percent of its electricity demand exclusively with wind turbines. They later sold the excess power to Sweden, Norway, and Germany.

In terms of total wind production power, Germany is actually third in the world behind China and the United States, but as you can imagine, its comparatively small land mass and population allows the power it does produce to go a whole lot further.