An innovative company is embracing millennia-old technology to bring relief to the global warming crisis. The Beehive by India-based design firm Ant Studio is a modular art installation/evaporative cooling unit that can be sustainably built and maintained in tropical climates. 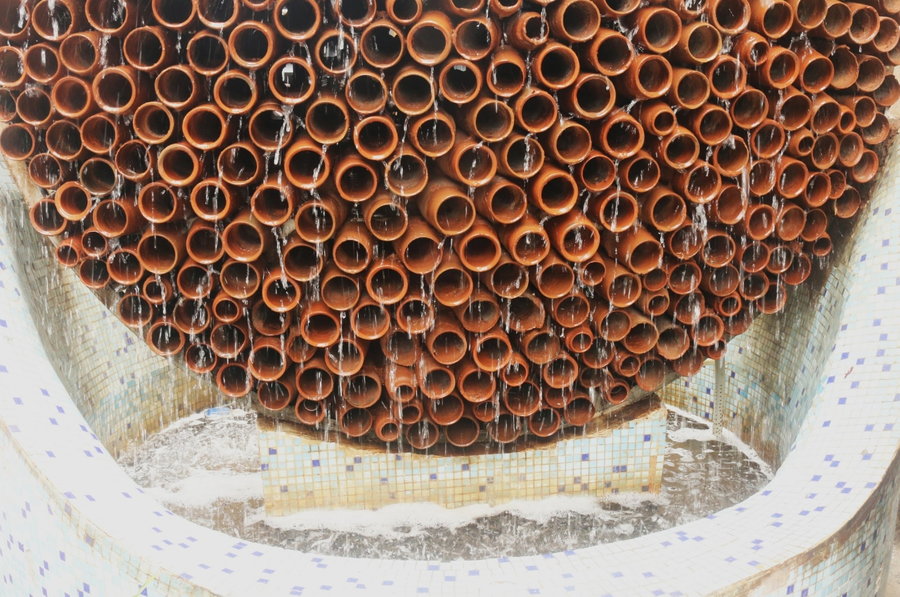 India experienced a record high heat wave this past spring, with temperatures reaching upwards of 120 degrees Fahrenheit. This led to a massive landfill fire outside of Delhi that burned for weeks, and even caused overheated birds to fall from the skies. 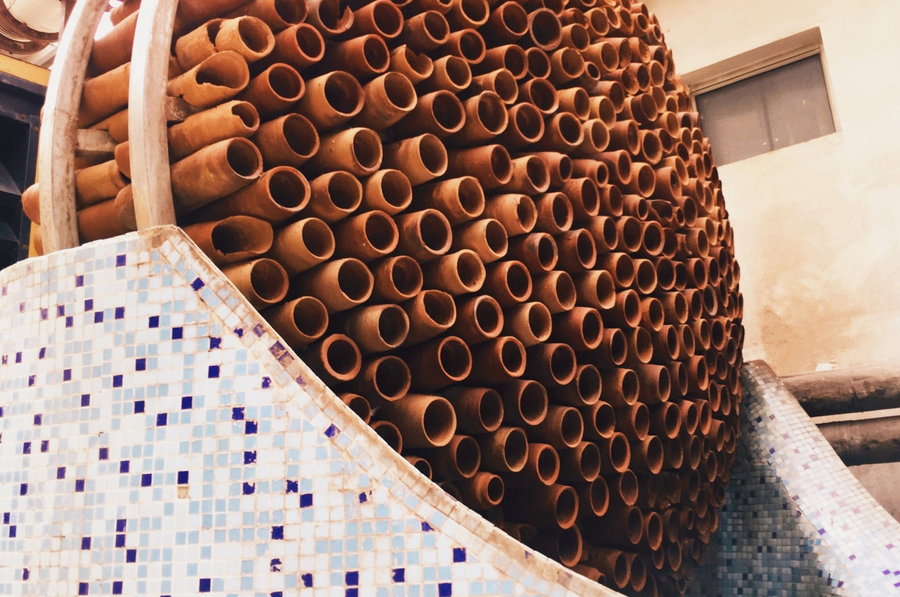 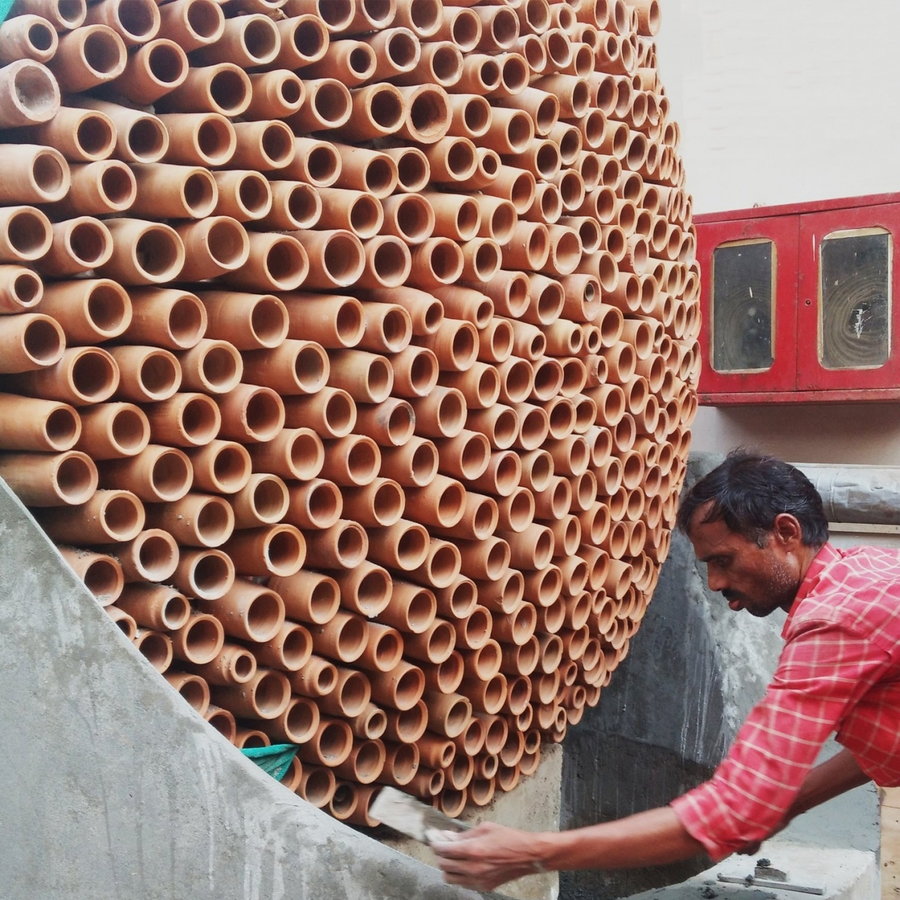 While modern air conditioning systems exist in Indian cities, the majority of the population is still without access to such technology. And since the greenhouse gases emitted by AC units contribute to global warming, trying to blanket the country with them may not be the best solution anyways.

That’s where Ant Studio’s eco-friendly idea comes in: using recirculated water to evaporate and cool the air as it continually flows down a beehive-shaped stack of clay tubes. 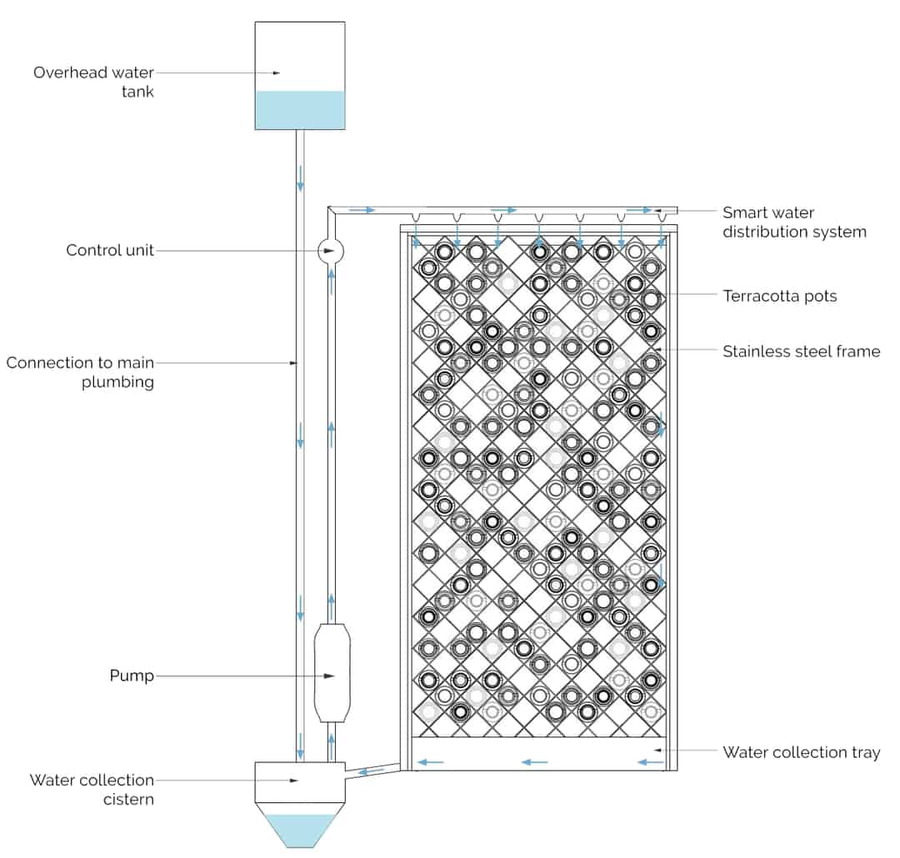 Evaporative cooling techniques date back to the ancient Egyptians. They would fan porous jars of water in their chambers, enjoying some temperature relief as the evaporating water took some of the oppressive heat with it. The Romans also employed water and clay to cool their houses, allowing the liquid to course through pipes in their walls. 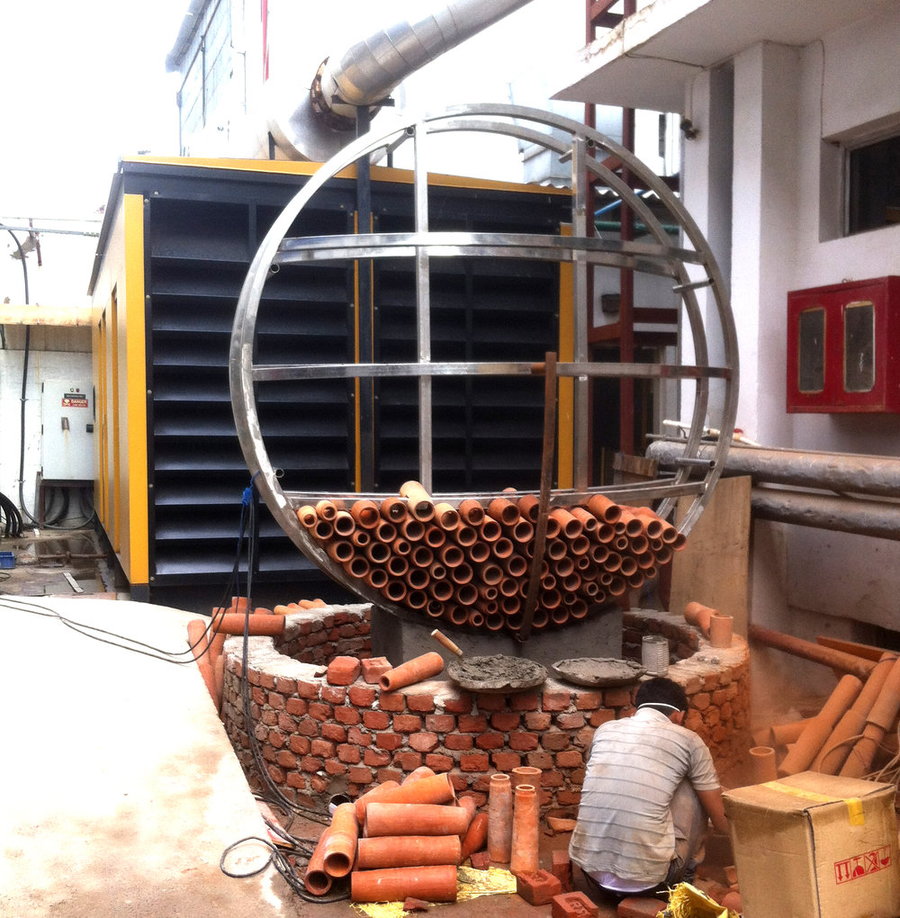 Building a prototype of their brainchild outside the Deki Electronics factory in Uttar Pradesh, India, Ant Studio inserted cylindrical clay tubes into a rounded steel frame positioned on top of brick and tile basin. The Beehive’s water pump continually sends recycled water from the industrial plant up to the top of the structure, where it then flows down the surface of the clay. The multitude of clay pipes provides a larger surface area, increasing the cooling effect. Temperature measurements showed that the Beehive reduced the surrounding air to 97 degrees Fahrenheit from its previous 107 degrees.

After carefully studying various materials, Ant Studio chose clay as a material for the beehive because of its hygroscopic, or water attracting, properties. The designers found that clay carries a negative charge that bonds with the positive pole of a water molecule, allowing it to absorb water in both vapor and liquid states. Additionally, clay is completely recyclable, as it contains no complex chemicals or components. 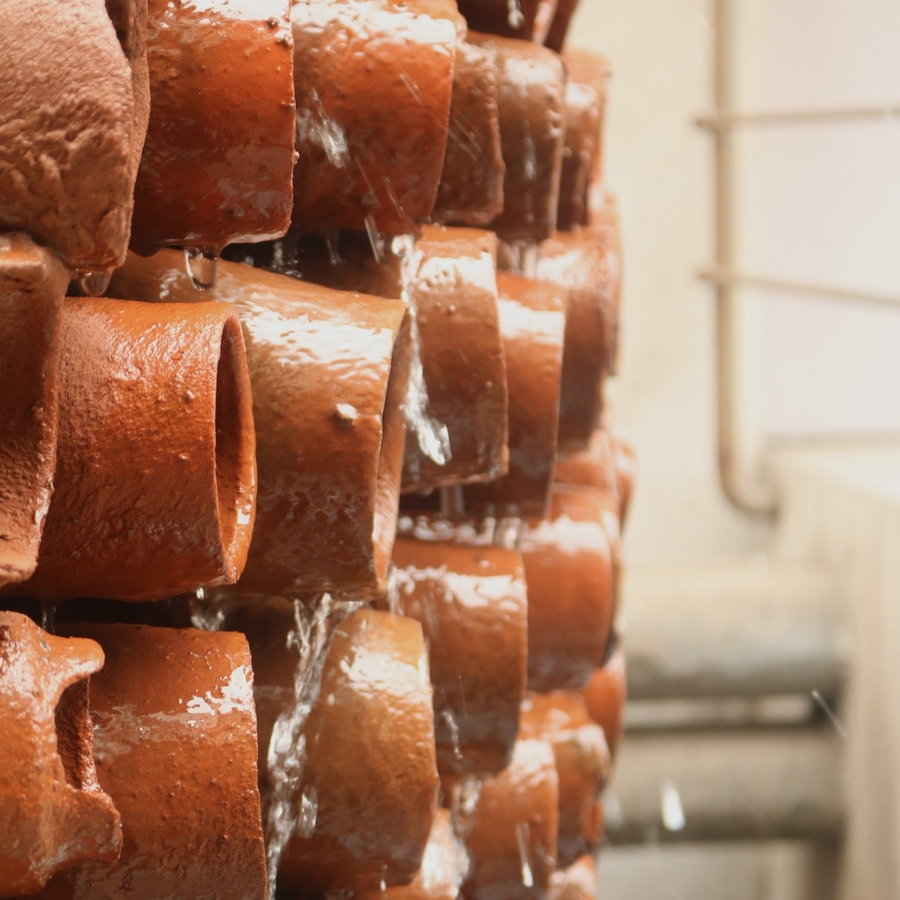 The entire system is energy efficient and less expensive than traditional air conditioning. The use of recycled water from the factory’s existing supply minimizes waste. The water tank only needs topping off roughly once a month ,and the recirculating pump uses a small amount of electricity, making the Beehive a very economical cooling mechanism.

In areas where electricity is unavailable, the system could also be converted to a “zero-energy” model, with water being manually poured over the pots once or twice a day. While it would not have the same cooling power, it would have some effect and could still be easily built and maintained from local resources. 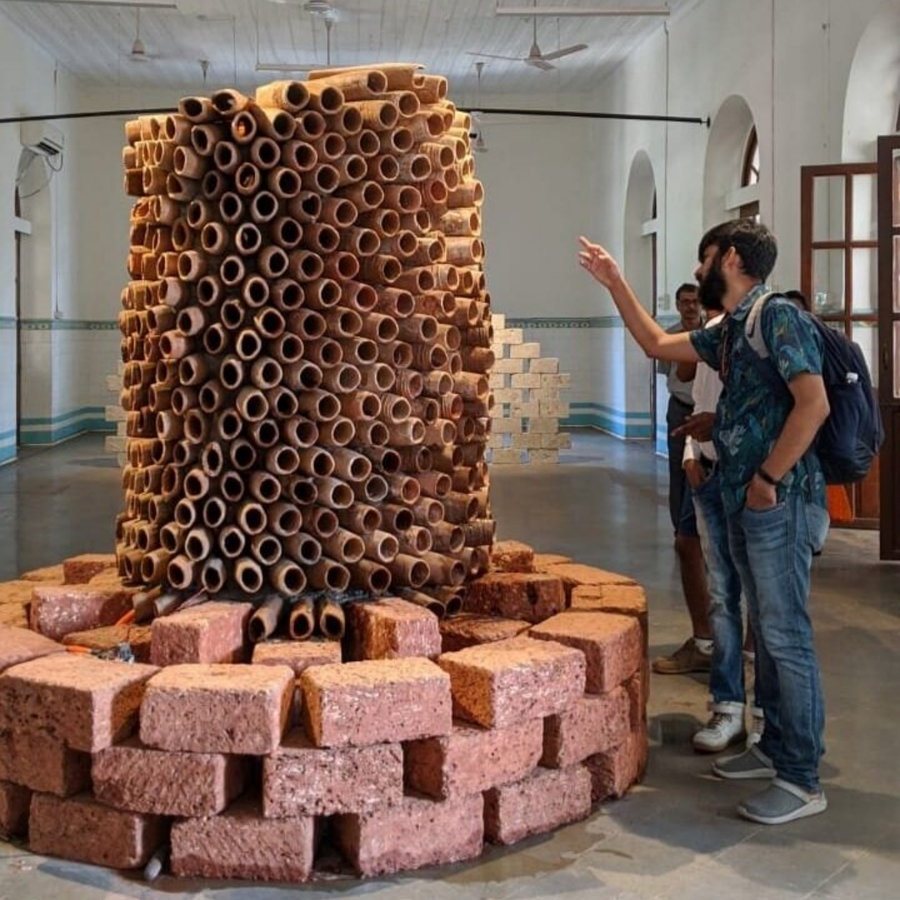 Ant Studio is also excited about employing pottery as part of the art/cooling device as a way of reviving what it sees as a fading ancient art. If the Beehive were to gain widespread traction, it could generate more work in the pottery market and help train new artisans in the trade.