Inspired to clean up the Earth’s cluttered oceans, world-class sailor Yvan Bourgnon has conceptualized a boat that will run on the floating garbage it collects. 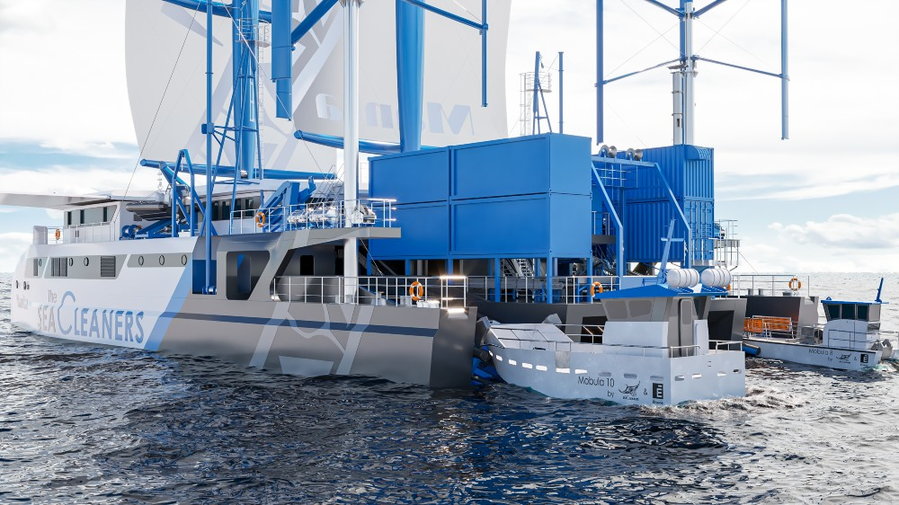 Bourgnon of all people understands how crucial such designs are for the health of the planet’s waterways. With 20 years of experience setting world-records in solo expeditions and transatlantic competitions, the Franco-Swiss ocean adventurer has observed a dramatic rise in ocean waste. In fact, Bourgnon had to quit the Trans Jaques Vabre yacht race in 2015 when his ship was assaulted by floating rubbish. 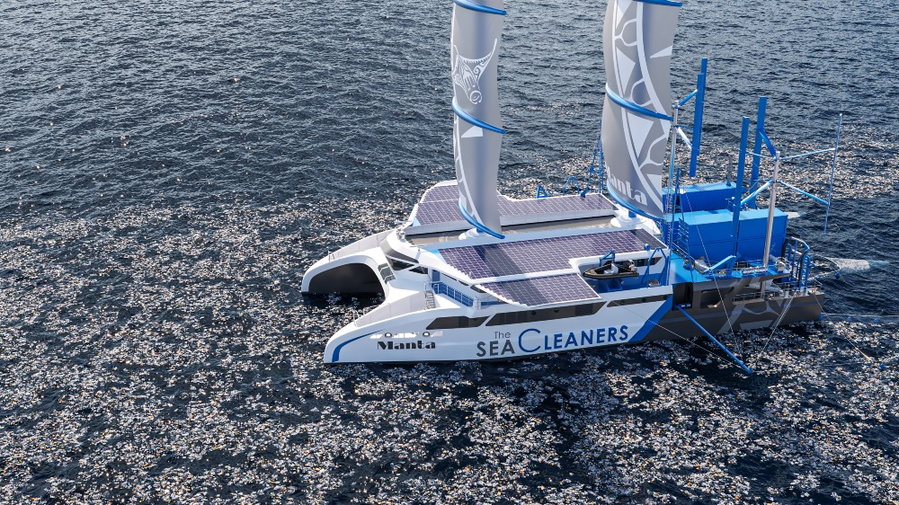 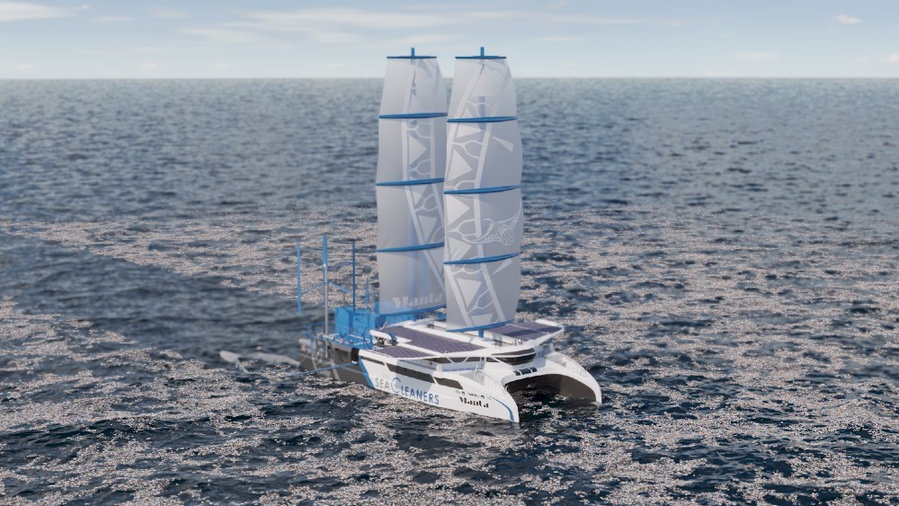 “During my racing career, I’ve missed out on records and broken my boat 12 times from hitting ocean debris,” he said in an interview with the Robb Report. “I’ve circumnavigated the world twice in my life, once at the age of 12 with my parents, and another 30 years later. The difference in the amount of plastic pollution was alarming. I knew something had to be done.”

“To fold your arms and say ‘No, we’ll do nothing, we’ll leave it, we’ll focus on dry land, we’ll leave the waste in the ocean,’ is totally irresponsible,” he added.

His solution? A185-foot sea-cleaning catamaran that will be partially powered by the garbage it eats. 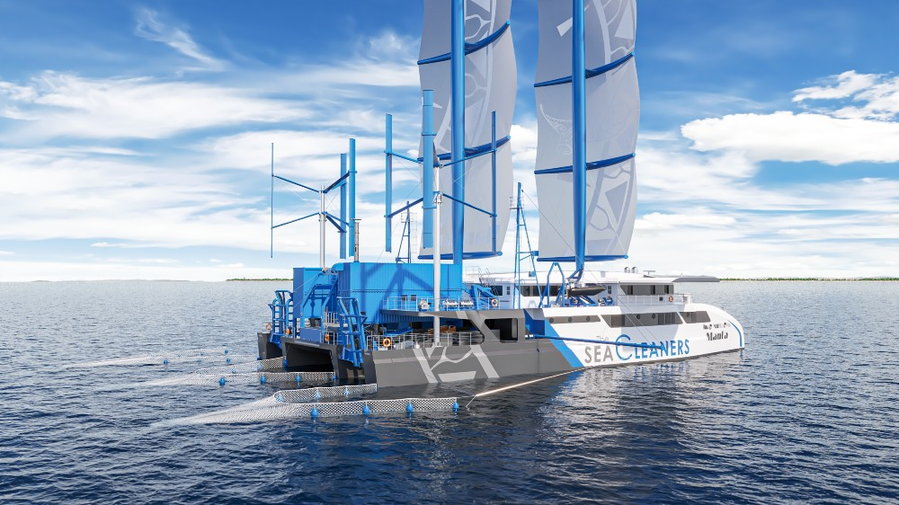 Called the Manta – once its solar “wings” are extended, it resembles the swimming ray fish – the concept was developed in collaboration with an NGO thinktank of 58 engineers, technicians, and researchers that Bourgnon assembled in 2016.

The sailing vessel is designed to be traverse the seas removing plastics and other garbage with its large nets that can span 151 feet across and three feet deep. It’s estimated that the Manta will be able to collect up to three tons of waste each hour. With a crew of 22 rotating in two 12-hour shifts, each haul will be pulled in (larger debris will get help from two onboard cranes) and immediately sorted: organic matter back in the ocean, glass and metal sent ashore to recycling facilities, and plastic turned into energy for the ship. The boat’s Waste-to-Electricity Conversion Unit (WECU) will melt the plastic, creating gas to power an electricity-generating turbine. 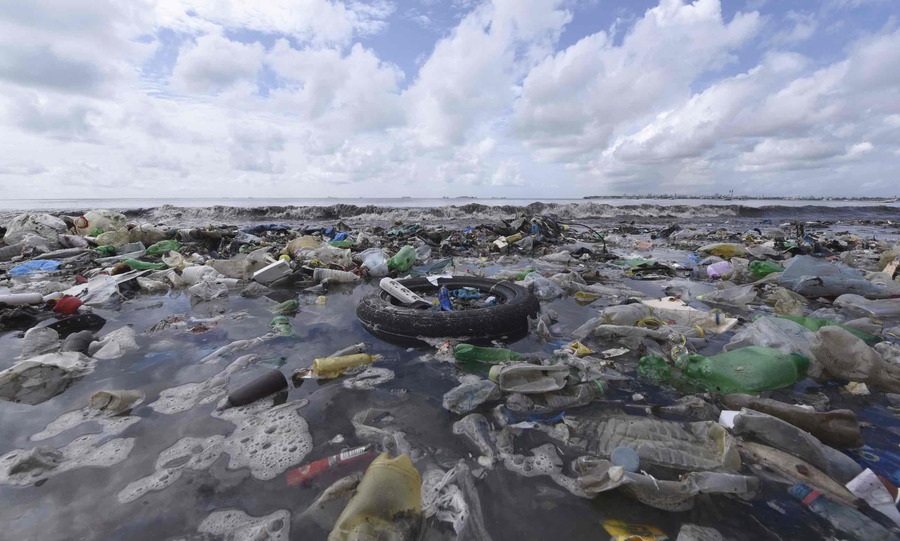 Additionally, the Manta will incorporate two wind turbines at the stern, 500 square meters of solar panels at the bow, and two hydro-generators under the ship, enabling it to be roughly 70 percent self-sustaining while creating enough power for sailing speeds between two and three knots.

With a goal of operating his sea-cleaner 300 days a year, Bourgnon says it could eliminate up to 10,000 tons of ocean trash every year. If 400 such boats were set to the task, he and his team guess they could clear one-third of the world’s floating garbage. And even though it is fully capable of negotiating ocean waters, the Manta’s focus will be on clearing the estuaries of the planet’s major rivers. Two smaller, more nimble cleaning boats, the Mobula 8 and 10, will be stored on the catamaran to navigate more shallow and narrow inlets.

“The 20 largest rivers in southeast Asia account for 60 percent of ocean plastic, so that’s where we’re concentrating our effort,” Bourgnon says. “We’ll be collecting dense areas of macro-plastic pollution before it sinks or disintegrates into micro-plastics. Hurricanes and tsunamis cause massive inflows of pollution into the ocean, and it’s imperative that this pollution is dealt with quickly before it drifts, sinks, and becomes irrecoverable.”

Bourgnon expects the first model to be finished in two years, with the Manta’s initial sea trials occurring in Europe before it begins its work in southeast Asia in 2025. 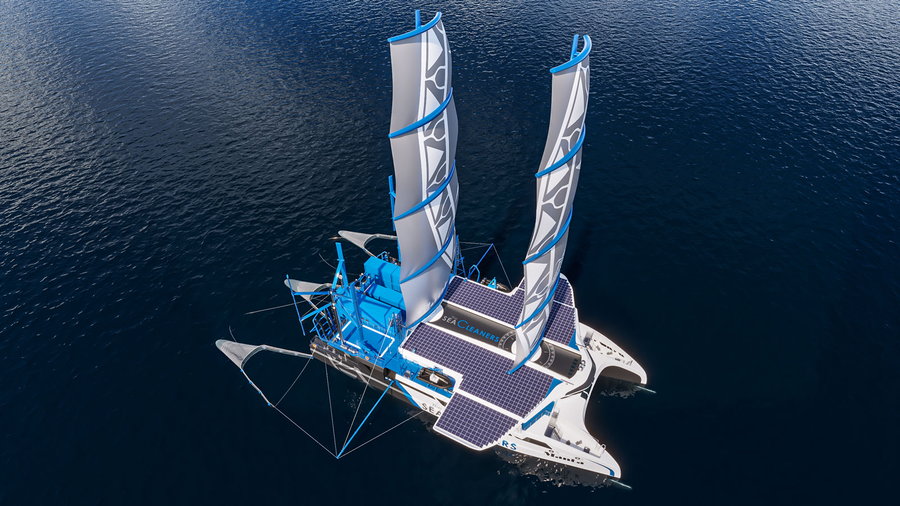 He also hopes the concept will encourage more innovation and similar fabrications. “I’m not in competition with other boat builders to be the only one with a Manta,” Bourgnon explains. “Our hope is that hundreds of Mantas will be built around the world to help with the great ocean cleanup.”