In India, as in many other places, architects are faced with a question that’s gone unanswered for generations: when we design something new, should we break with the past or embrace it? The modernists chose the former, and the postmodernists used the past in whimsical fashions, but the real answer depends on both a building’s context and the importance of local history to its contemporary identity. Where the local history is not revered or forgotten, the contemporary architecture tends to take on a generic style that could exist as easily in Singapore as it could in Dallas. In places where the history is used to give meaning to the present, the results can be surprisingly pleasant. 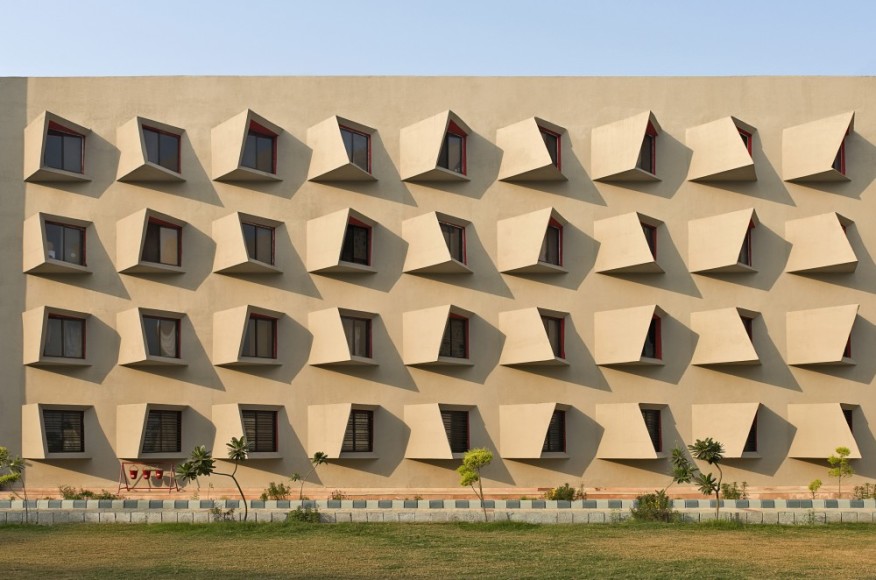 In the northern Indian state of Uttar Pradesh lies the city of Mathura. According to the state’s official website, Mathura is one of many ancient cities in the area, with a history that dates back to around 1000 B.C.E. When Sanjay Puri Architects were asked to design a student residence for the city’s Ganeshi Lal Agrawal (GLA) University, that history seemed like the obvious source of inspiration. After all, the firm wasn’t trying to reinvent the wheel in terms of developing a small community — especially in a place where civilization has such deep roots. 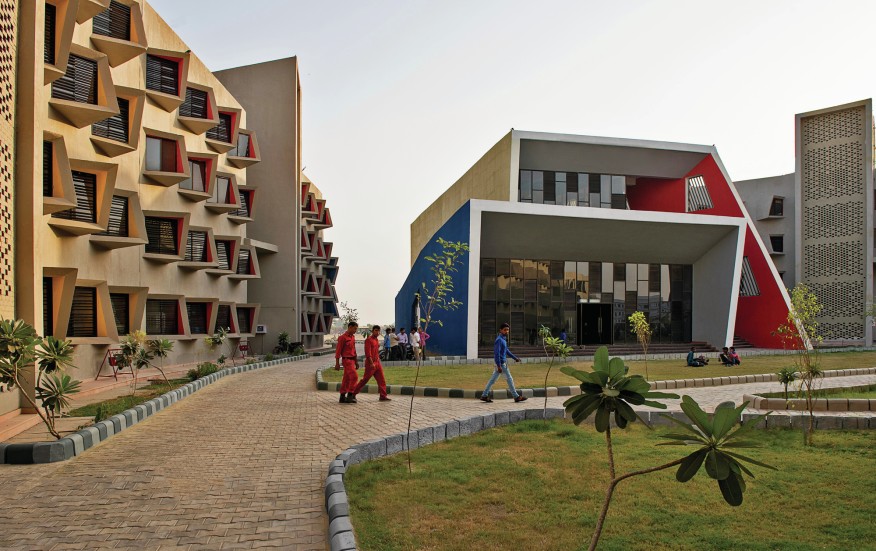 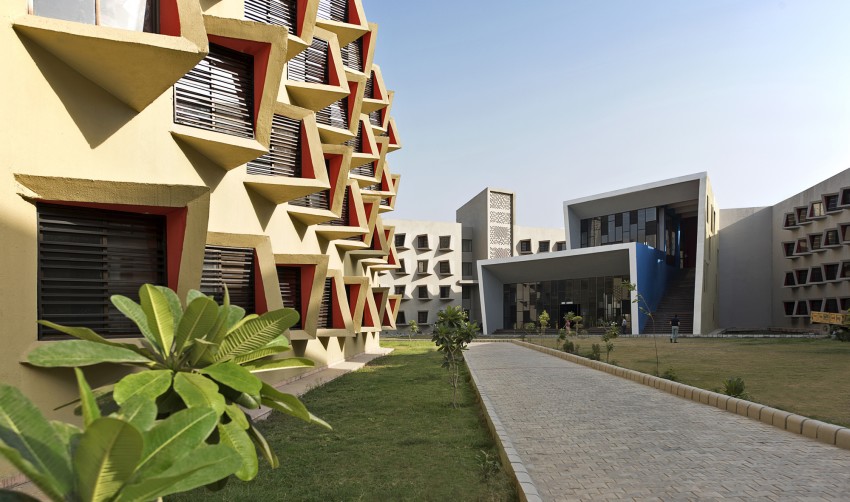 The finished residence, called “The Street,” is a five-building, 800-room ensemble, using Jaisalmer Yellow and Kota stones for the walls and riddled with large twisting bay windows. The spaces left between the four-story buildings are the “streets” themselves, which students and faculty use as communal spaces. Unlike the banal strains of modern design that we have come to expect from student housing in places like North America, The Street is a modern facility with vernacular facades and an ancient footprint. 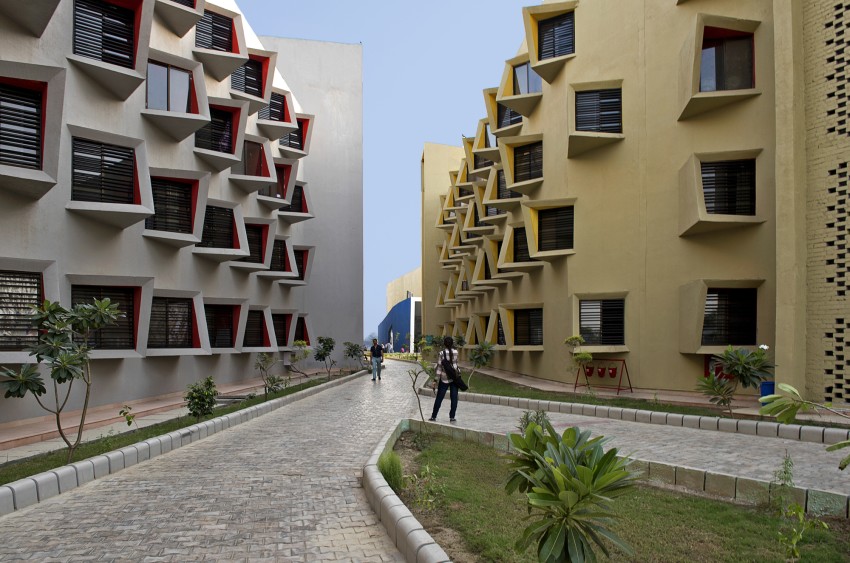 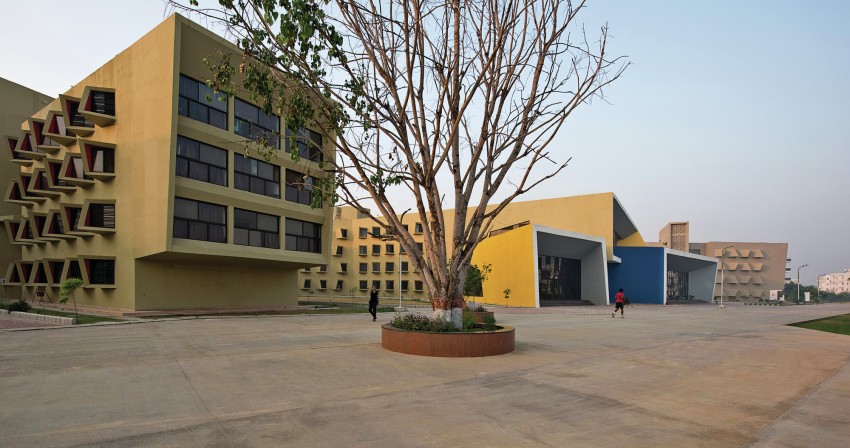 “Most Indian cities have an old area that was the original city,” explains Sanjay Puri, principal of the firm, in a recent article about The Street. “These parts of the city generally grew in an organic manner without geometric layouts. When one walks through such streets, there are interesting spaces at each corner, the focal point constantly changes, and these aspects allow one to experience different perceptions while moving through as opposed to grid planning, [which] forms most of the newer parts of a city. The organic nature of these streets in any old city is inspiring due to this nature, of not knowing what one will experience or see next, of each part getting a unique identity.” 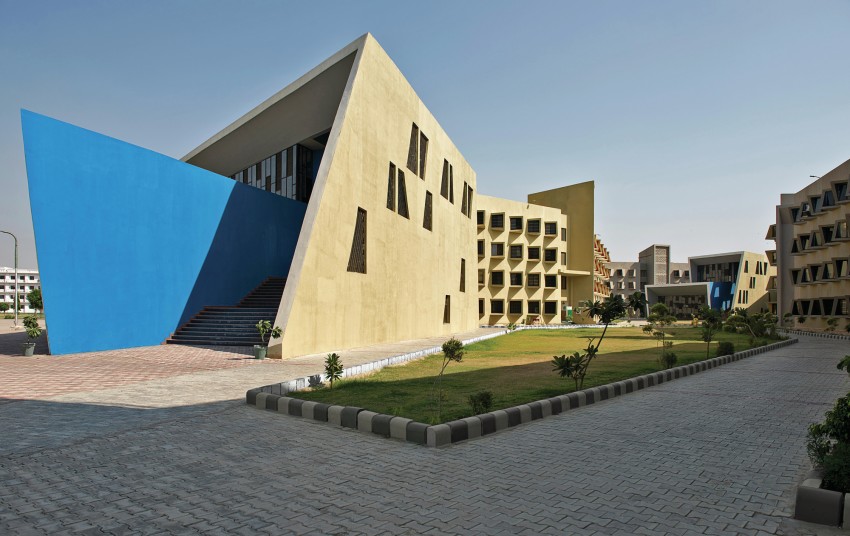 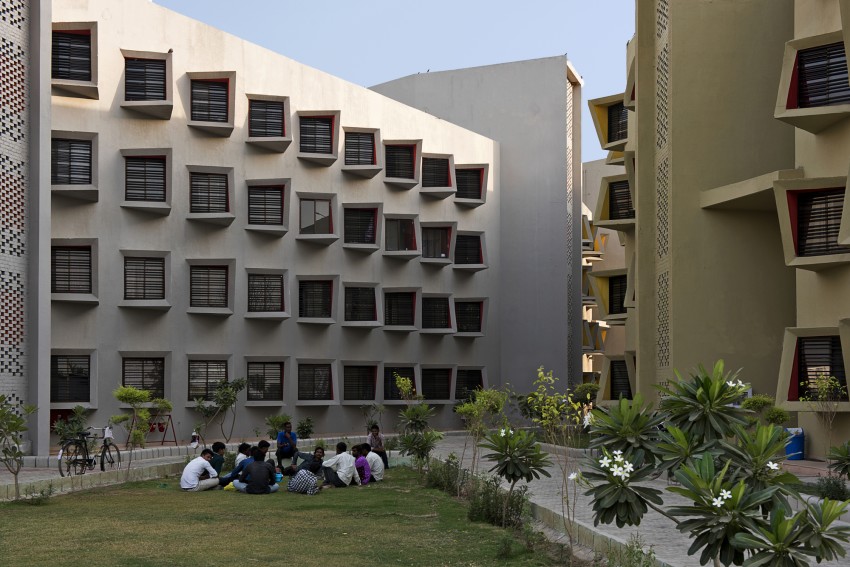 Continue reading below
Our Featured Videos
Sanjay Puri Architects have won over 134 international and 100 local awards, even earning a 2018 World Architecture Festival Award for Best Large Housing Project for The Street. Indeed, it breaks a ton of contemporary conventions while also adhering to more ancient methods of urban design. The use of local materials only adds another layer of meaning to the project, making The Street a prime example for designing respectful Indian architecture in an entirely modern way.