The sleek, sexy flying cars of our sci-fi dreams are still (more than likely) a few decades away from becoming a reality – but that doesn’t mean we can’t take to the skies in our own personal vehicles as soon as next year. A new eVTOL (electric vertical take-off and landing) aircraft by Jetson Aero fittingly called The Jetson not only makes it surprisingly easy to use your driveway or backyard in place of a runway, it’s a DIY kit that you put together yourself, like an unusually complex piece of IKEA furniture. 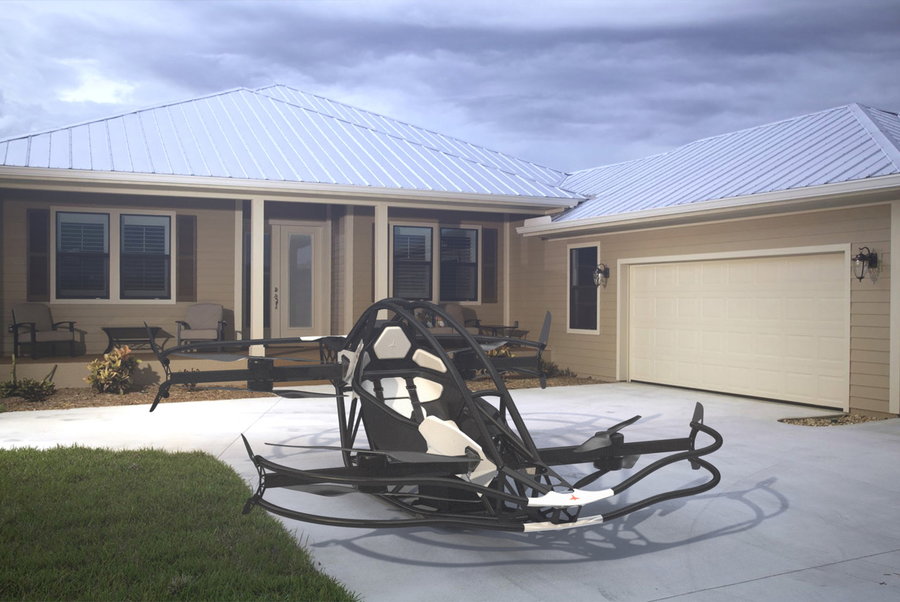 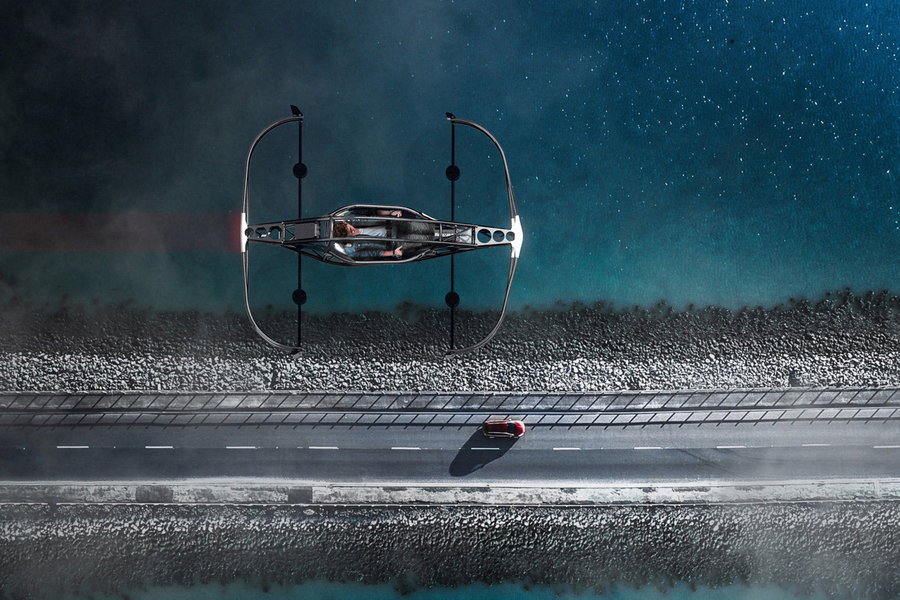 “Jetson is a Swedish company with a mission to change the way we travel,” reads the company’s website. “We aim to make the skies available for everyone with our safe personal electric aerial vehicle. Our prototype ‘proof of concept’ was finished in the spring of 2018, and until now we have been very busy working on a consumer-friendly version. That project resulted in Jetson ONE, a commercially available personal electric aerial vehicle that you can own and fly. Jetson was founded by Peter Ternström and Tomasz Patan in 2017. We intend to make everyone a pilot.”

Designed for adventure, this open-body flier with eight motors is to flying cars what quad bikes are to standard vehicles, in that it’s more for fun than practicality (at least for now). The Jetson is a single-occupant eVTOL that can take off and land virtually anywhere, making it an accessible entry point into the world of flying vehicles. Its style and usage has drawn comparisons to podracers, the small, single-occupant aircraft featured in Star Wars Episode I: The Phantom Menace. The Jetson weighs just 190 pounds, takes up 9.3 x 7.8 x 3.3 feet during flight, and folds down into a three-foot-square package when not in use, so you can easily stow it away in the garage or even a closet in between flights. 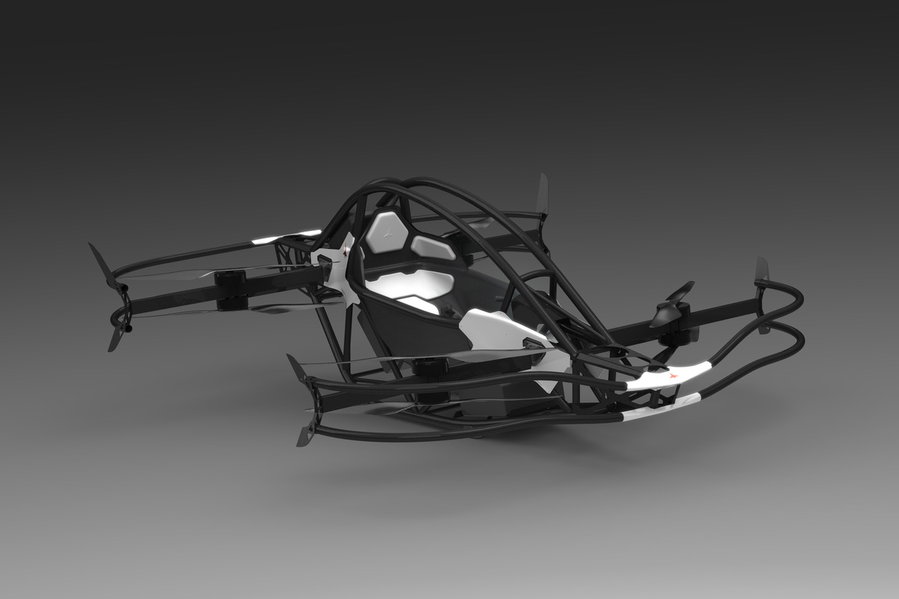 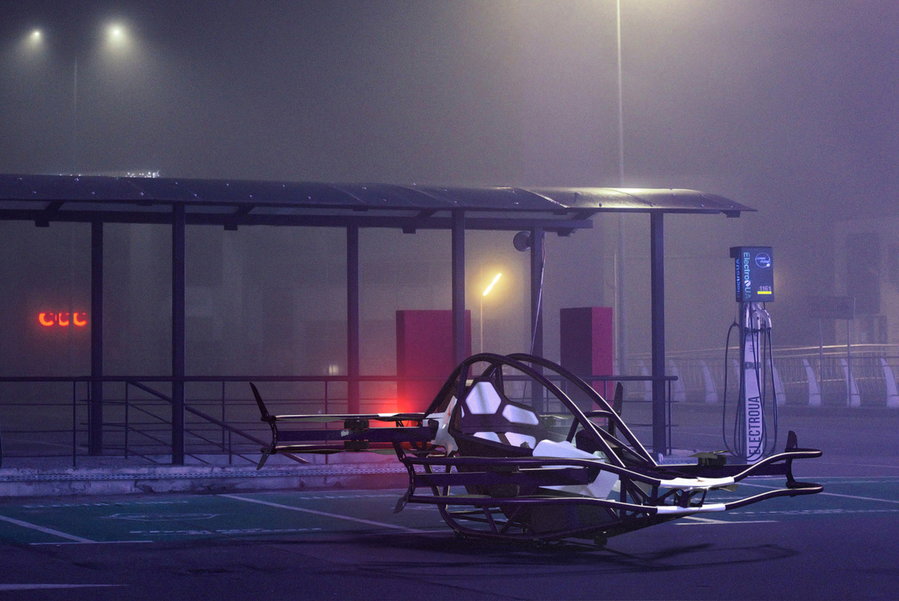 The Jetson’s racecar-inspired lightweight carbon and aluminum fiber body is lifted into the air by eight motors mounted co-axially on four arms, producing a total power output of 88kW. Though it can technically go faster, flight speed is limited to 63 mph by the vehicle’s built-in safety software. The pilot uses a three-axis joystick and throttle lever to control the aircraft, so it’s pretty easy to learn. The maximum pilot weight is just 210 pounds, however, which does present a limitation for some. You get 20 minutes of flight time per charge on the high discharge lithium-ion battery, which you presumably recharge via cable and a standard power outlet, though this info isn’t currently specified. 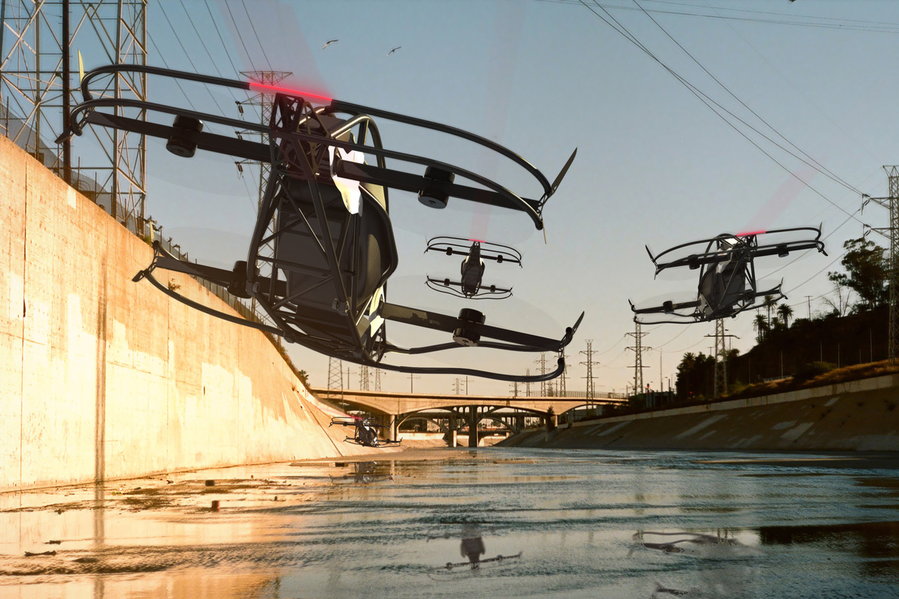 Obviously, safety is a big concern for any flying vehicle, and the Jetson has numerous features that aim to make it as low-risk as a personal aircraft like this can be. Another racecar-inspired feature is the safety seat that keeps you snugly strapped in during flight, while LiDAR (Light Detection and Ranging) sensors monitor the terrain below. Sensors help the pilot avoid obstacles, and triple-redundant flight computers will hover the aircraft and perform emergency functions if for some reason the pilot loses control. The Jetson can fly safely with the loss of one motor, and it even has its own ballistic parachute with rapid deployment time in the event of an extreme failure. 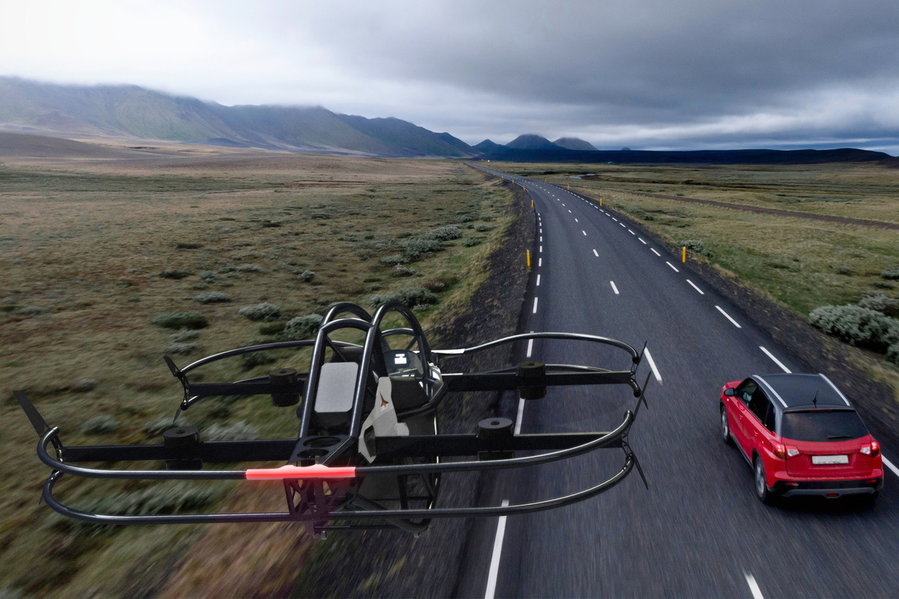 At $92,000 USD, the Jetson isn’t exactly a small investment, but it certainly costs a heck of a lot less than owning your own airplane or helicopter. It’s clearly in demand, too. Last year, Jetson Aero offered pre-sales for the entire 2022 production run, which sold out within weeks to clients in California, Sweden, Italy, Brazil, Mexico, Germany, and other countries. Two spots have already been reserved for 2023 vehicles, but others are still available for a down payment of $22,000. The kit you’ll receive contains everything you need, along with detailed build instructions.