Jean Nouvel’s new tower in Marseille is conspicuously unique and purposely a part of its context, spanning 31 stories (443 feet) worth of offices, restaurant space, and daycare facilities. While every project is technically unique because of things like site constraints, architectural preferences, and building codes, finished designs still end up looking bland far too often. The same materials and colors continue to feature in building after building, city after city. With La Marseillaise, Nouvel set out to craft an inspired aesthetic that clearly related to the region around it. 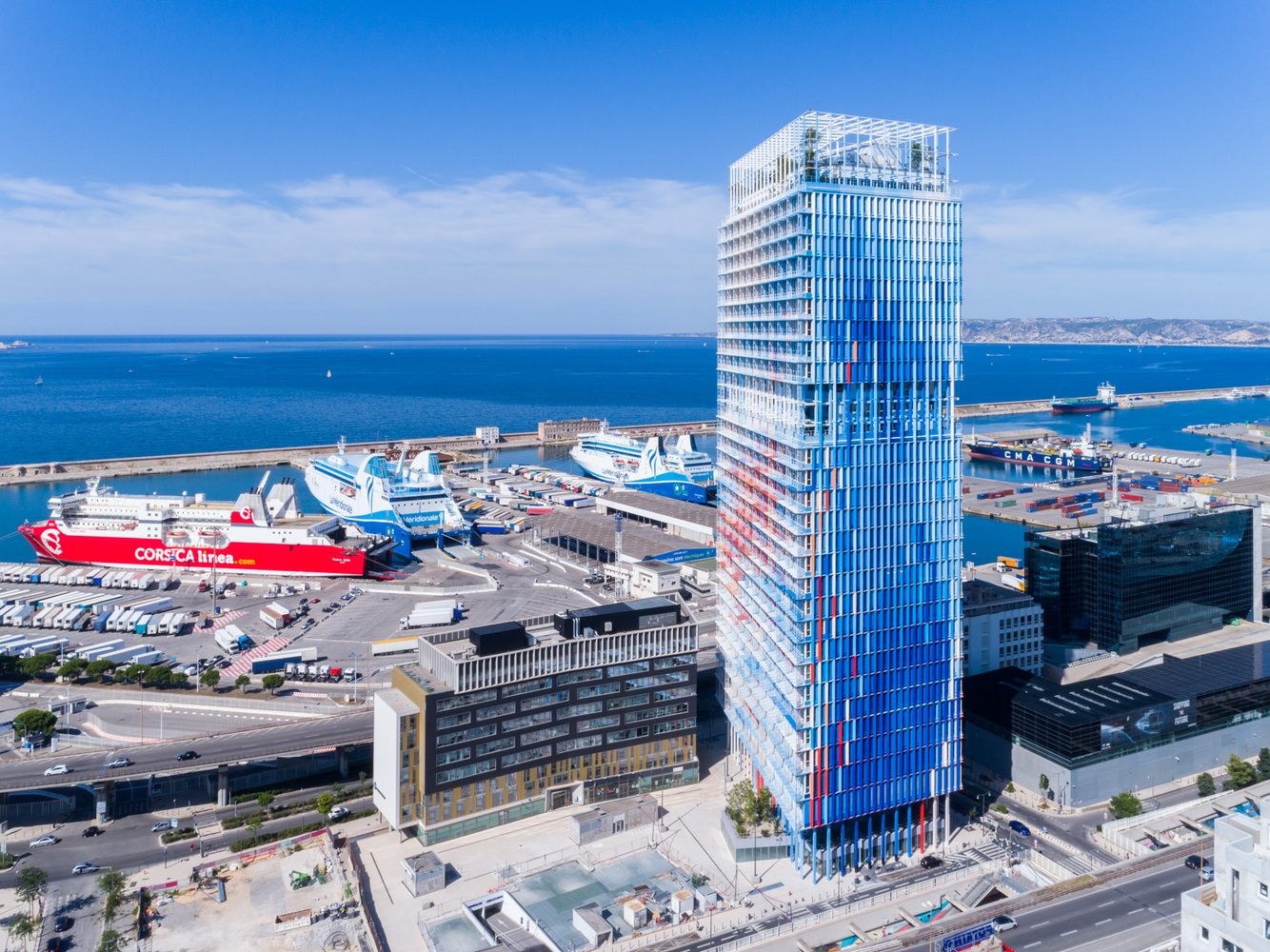 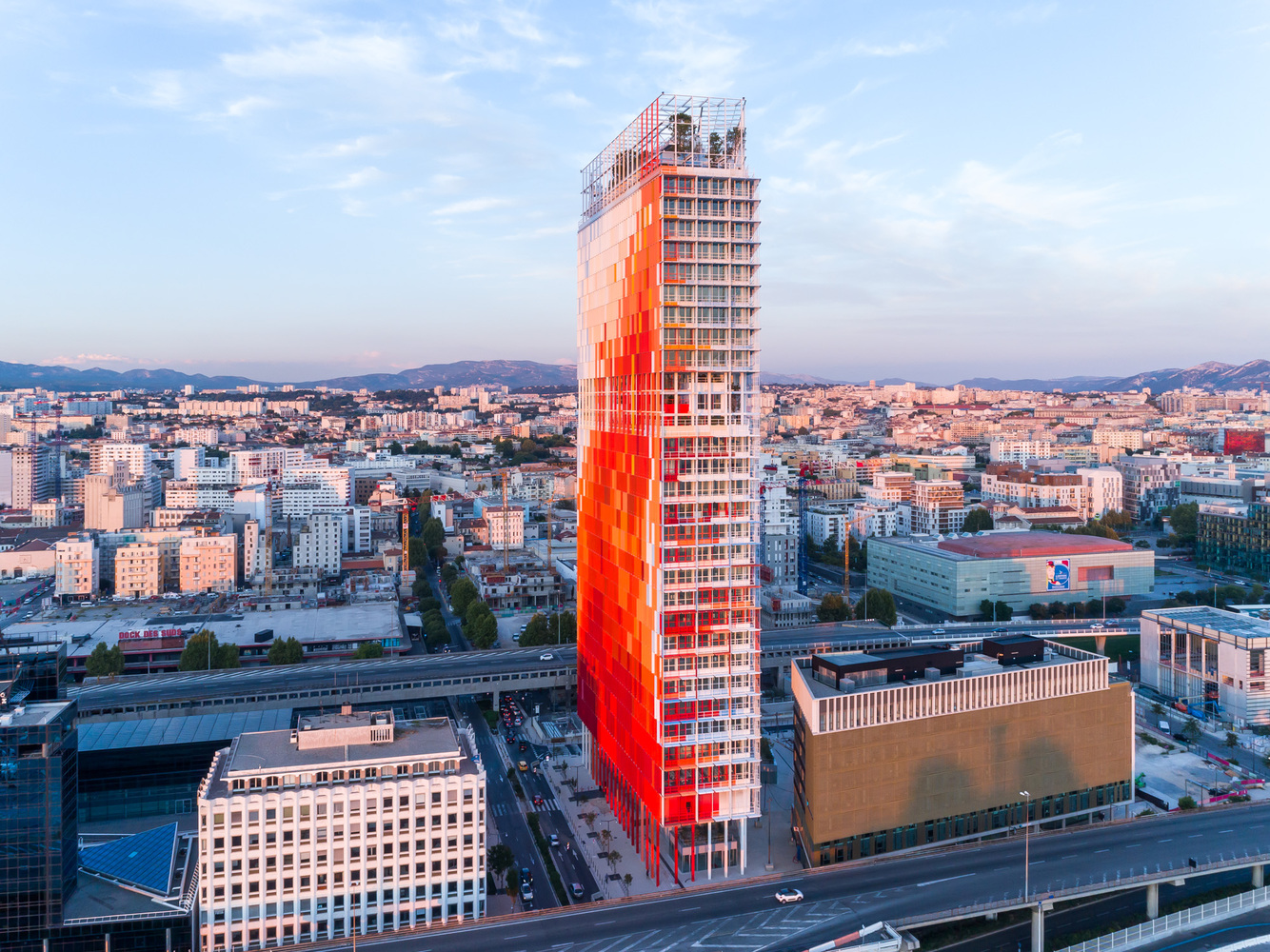 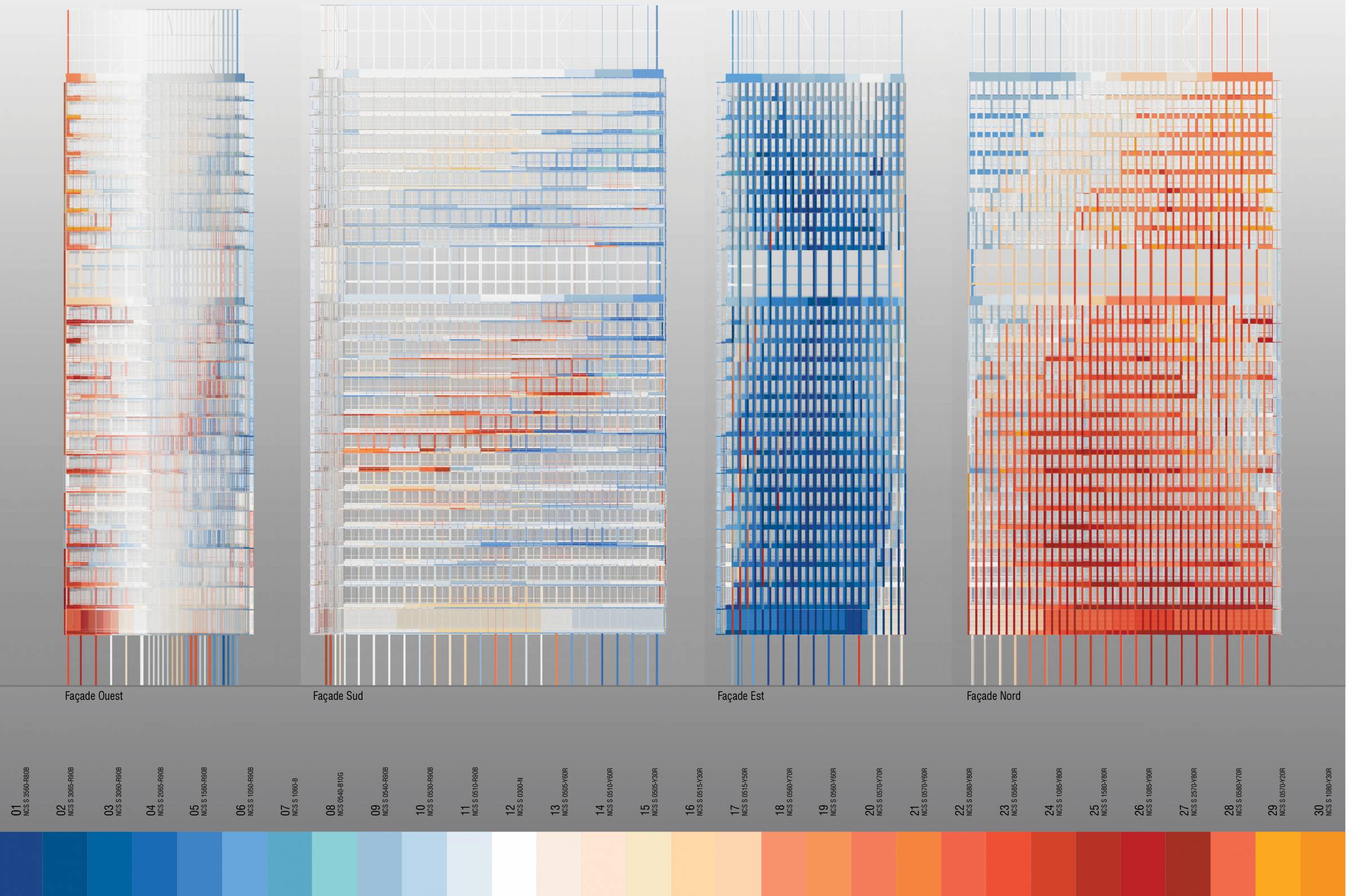 “Towers, all the world over, look too alike,” he opines on his firm’s website. “Often they appear interchangeable and could be anywhere. Too rarely do they add character to their cities. They are tall but anonymous.”

La Marseillaise, which opened in October of 2018, is a work of unfinished modernism. It’s as if Mies van der Rohe and Le Corbusier started collaborating on a project but abandoned the job near the end because of creative differences. The result is still beautiful, of course, and Nouvel’s desire to leave things seemingly undone is the secret to that beauty. He explains: “She may be concrete, but the concrete is disarmored — light concrete, fiber concrete — light as an unfinished architectural drawing.”

The façade is also painted red in keeping with the color of the typical Marseille rooftop, white for the color of the local rocks, and blue for the color of the sky. Despite the fact that Nouvel only used three colors for the facade, the color that is in La Marseillaise is decidedly more dynamic than that of Unité d’habitation: one of Le Corbusier’s iconic projects situated just five miles away. This vivid quality can be credited to the 27 different shades used to make up those three colors. 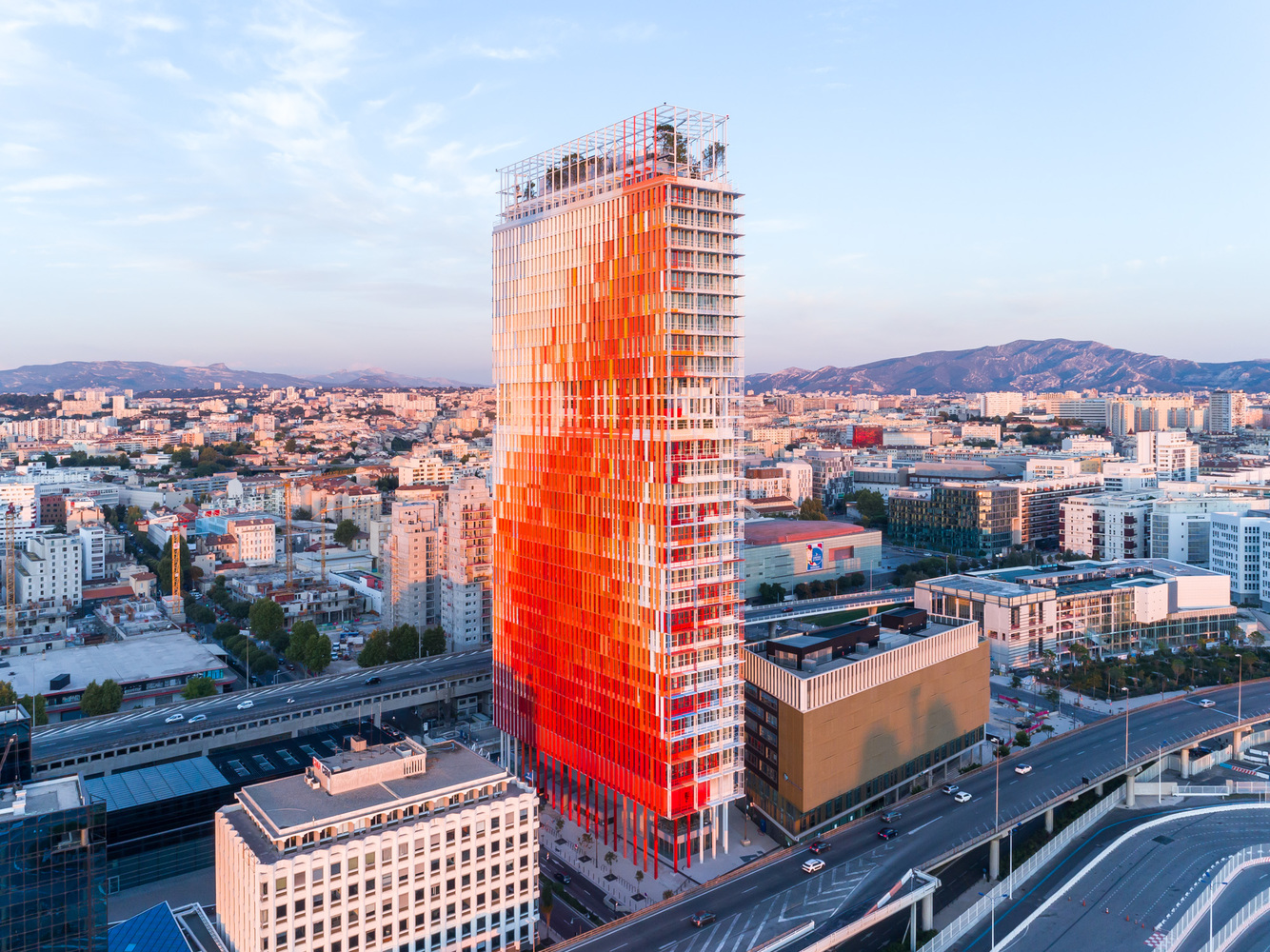 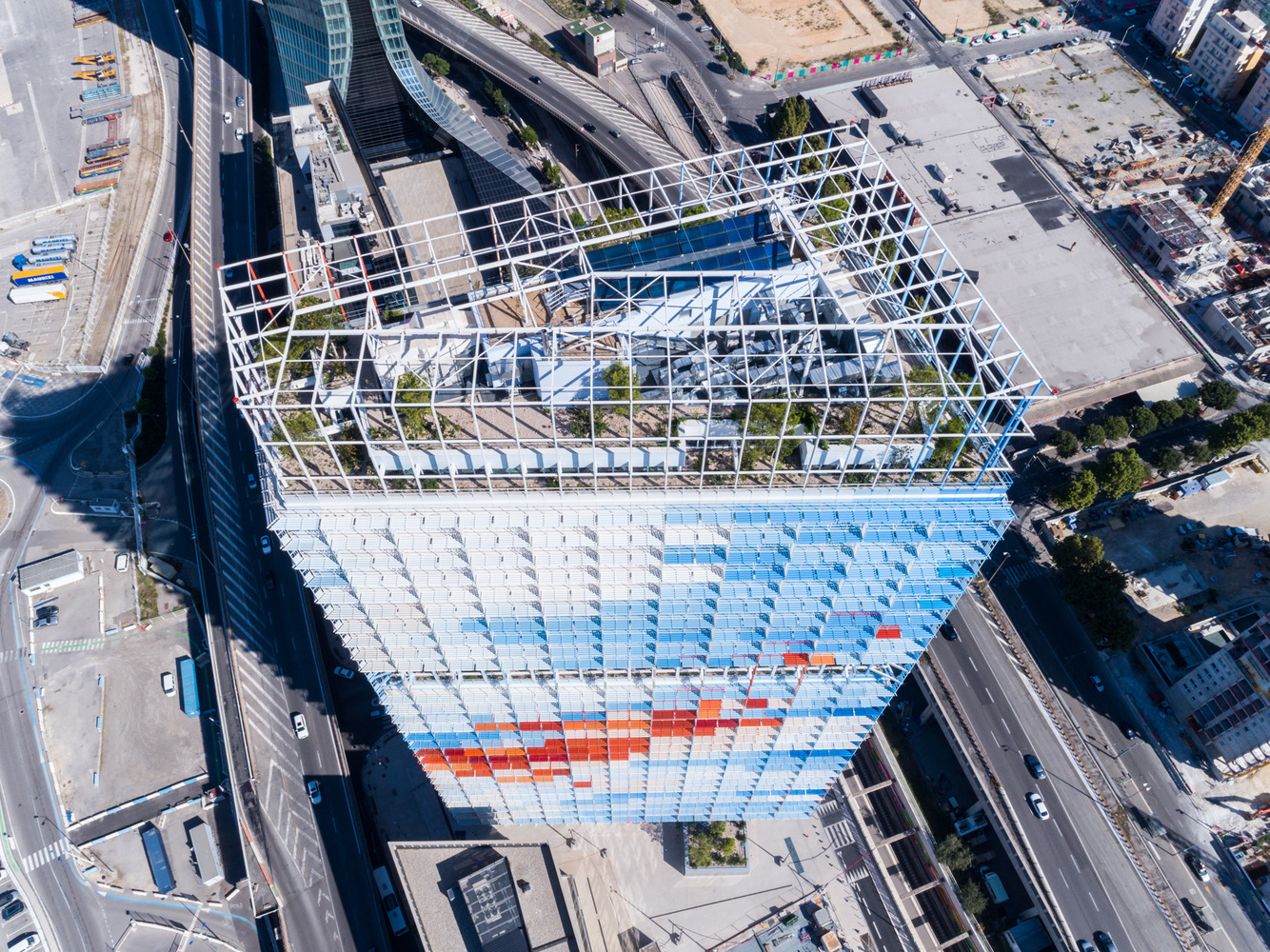 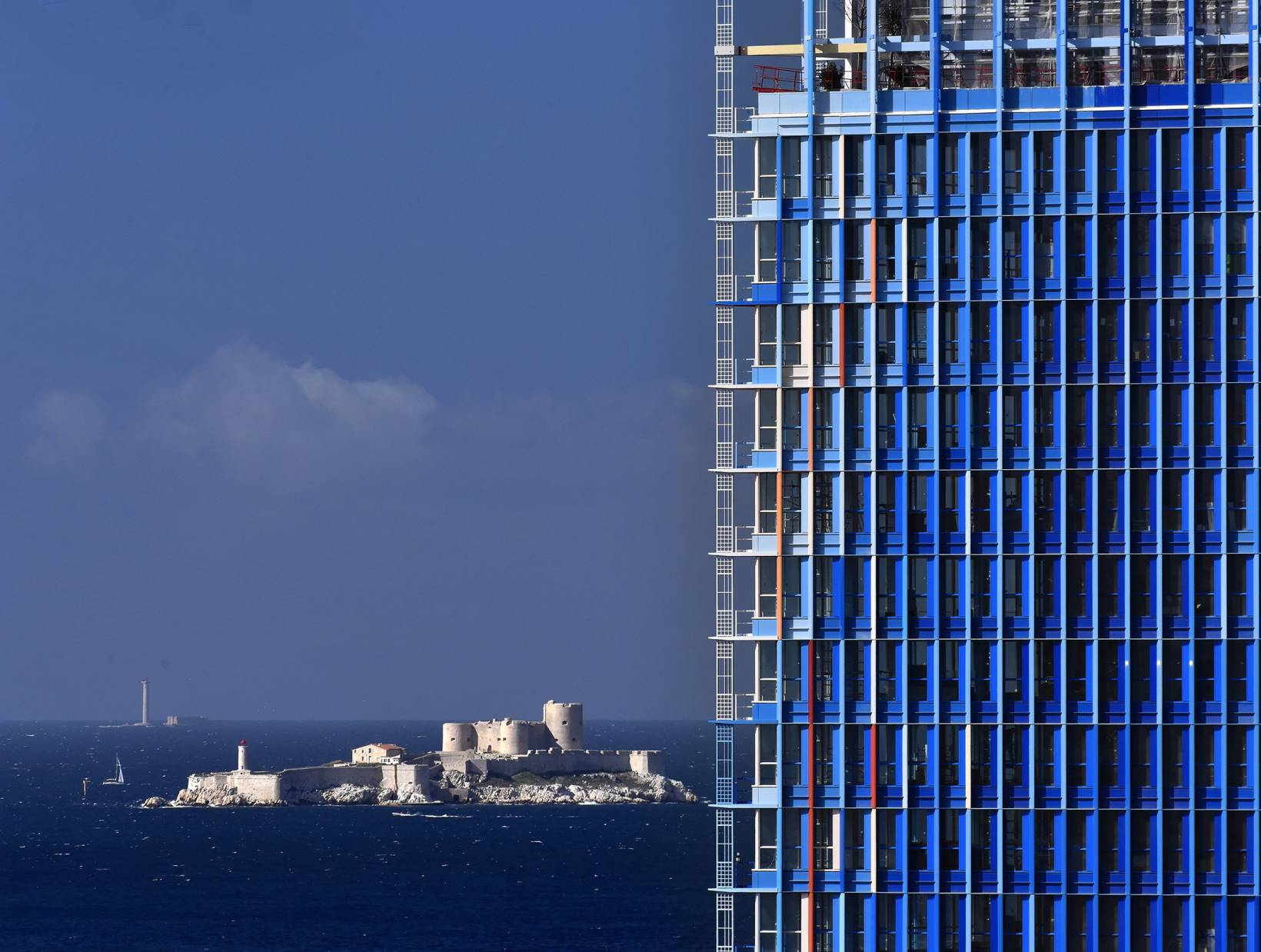 From some perspectives, there is a kind of edgelessness to La Marseillaise. The reach of the actual façade is a bit ambiguous, as a symmetrical grid of shading slats conceals the true positions of the windows. It’s an optical puzzle Nouvel believes can “erase the transparent physical boundary of the glass.” 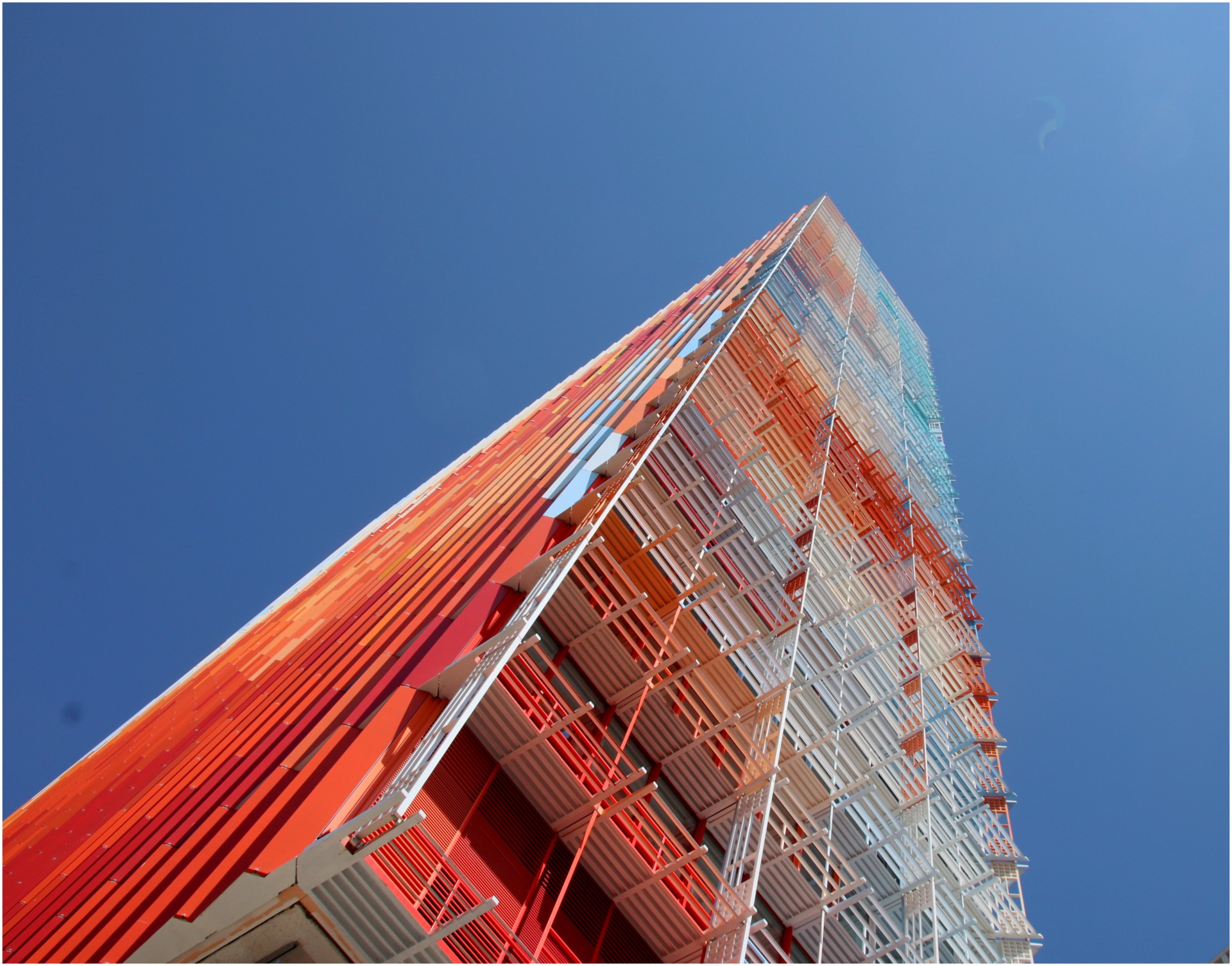 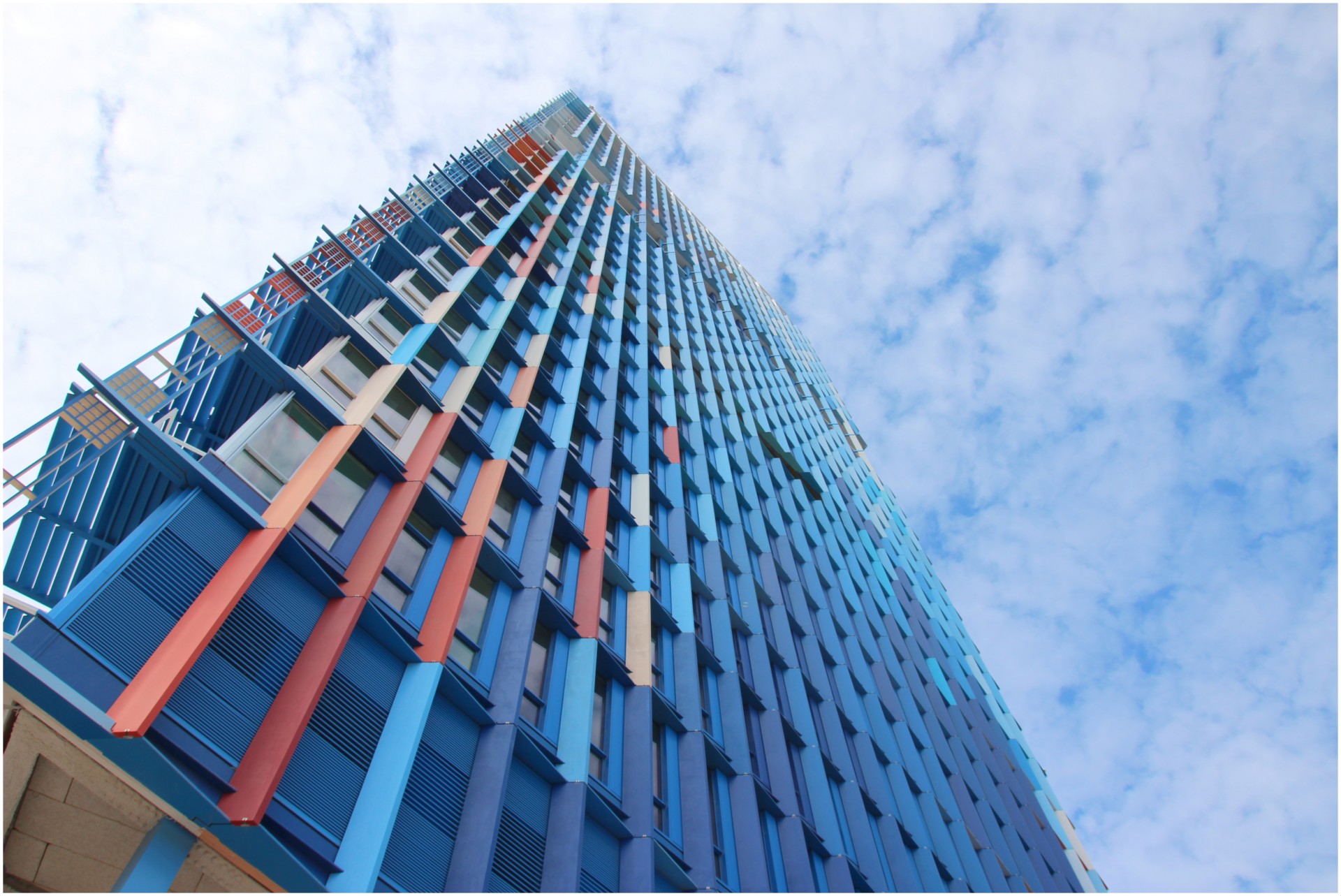 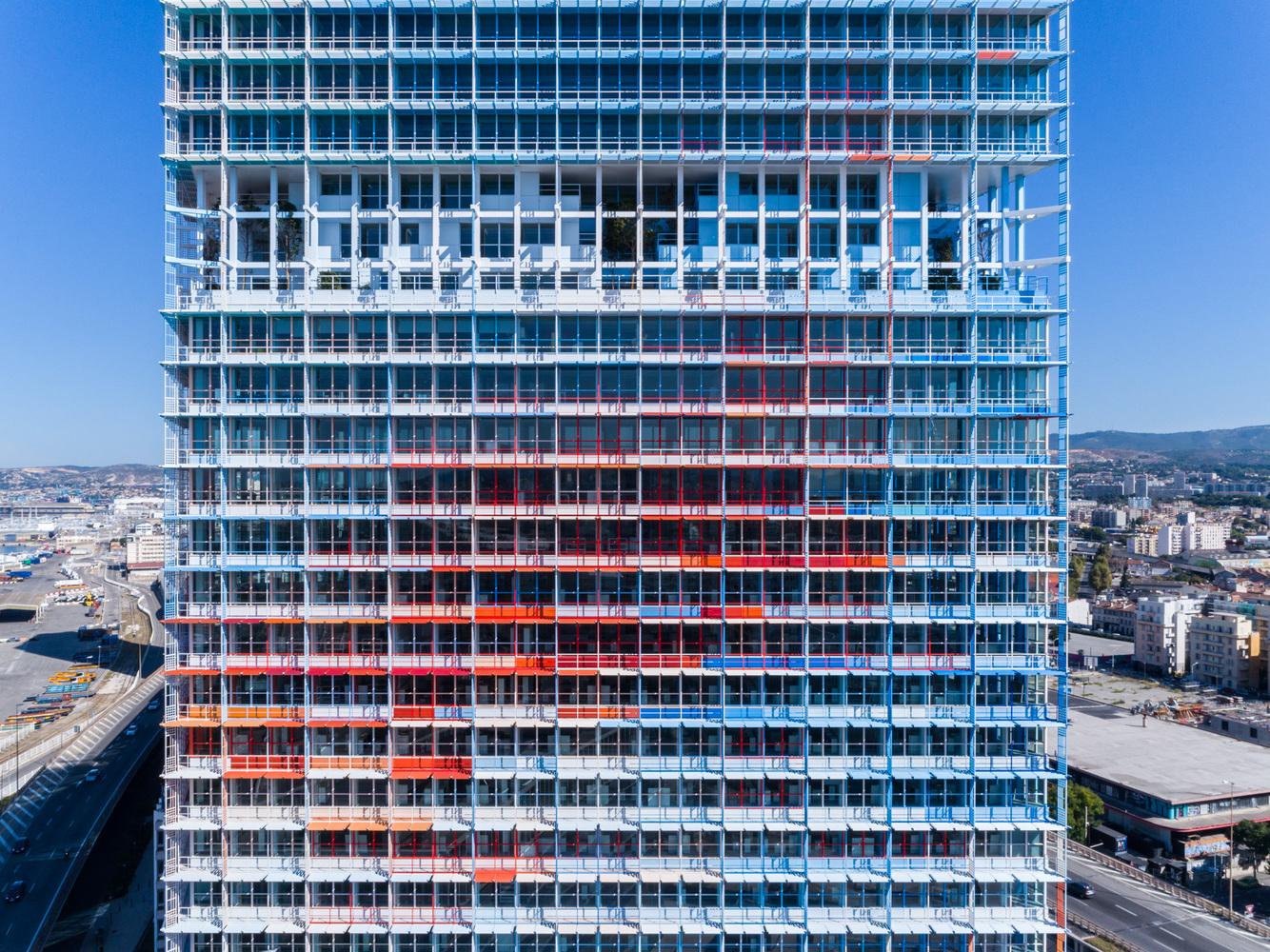 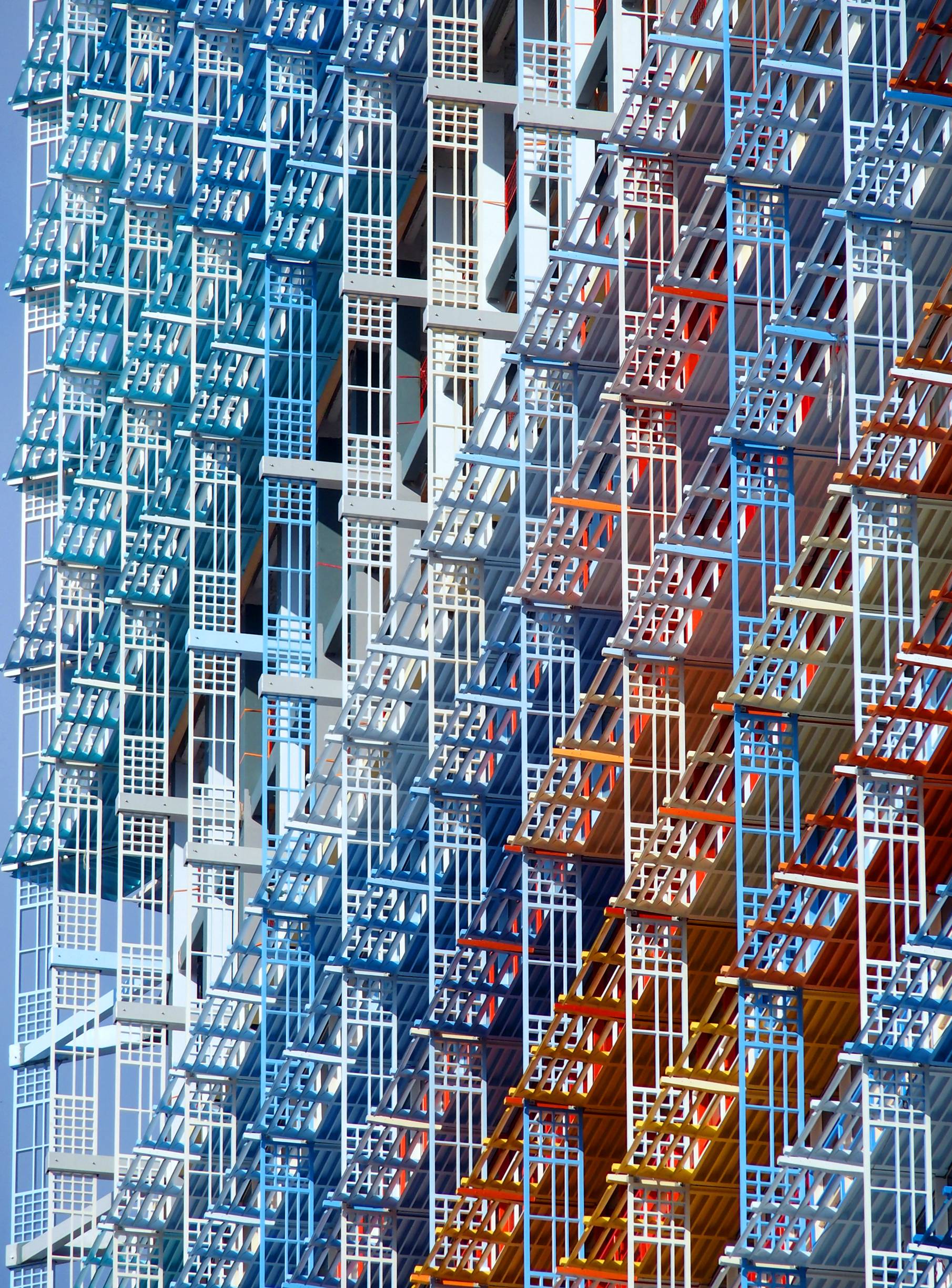 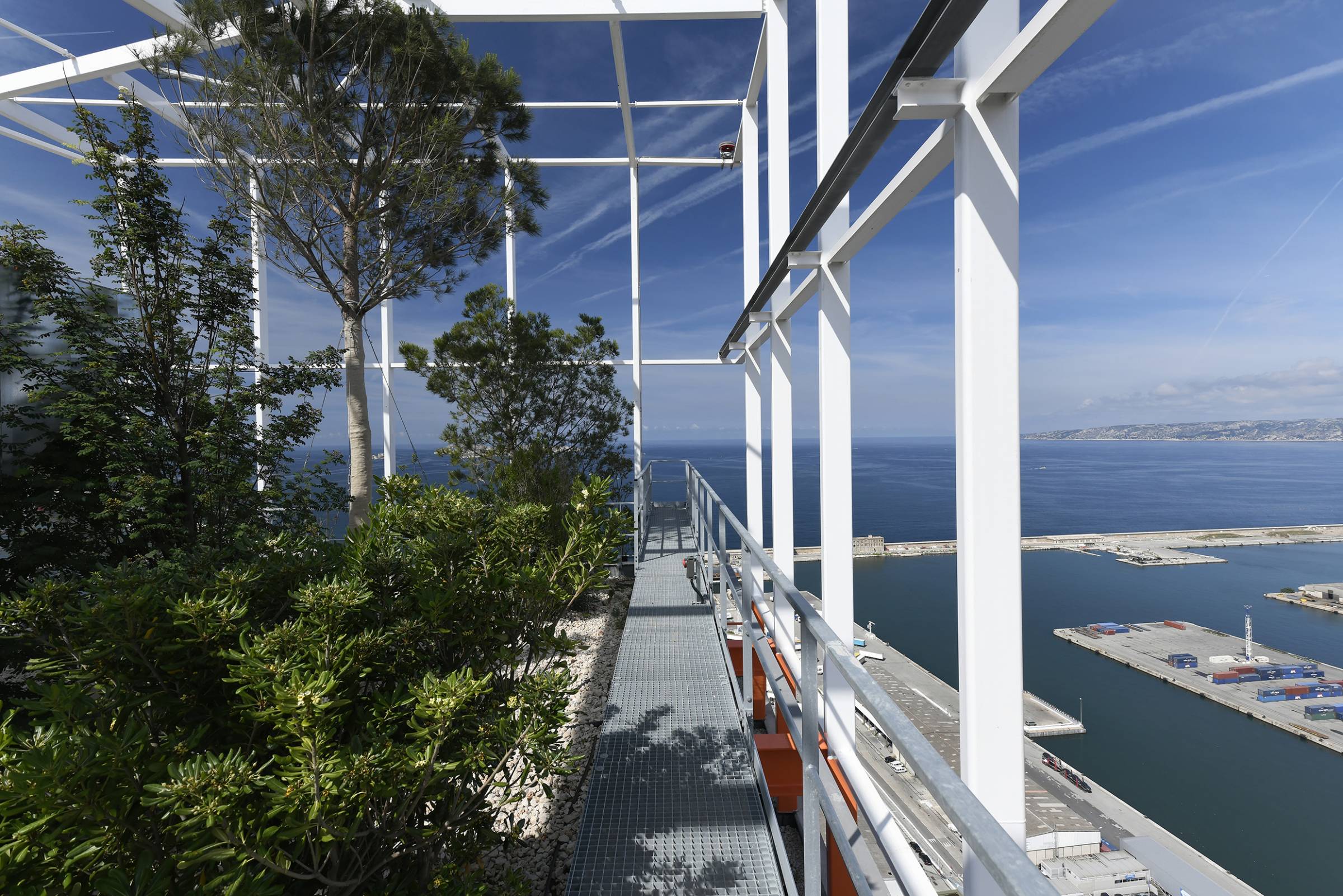 In between the pieces of this suggestively incomplete façade are trees, hidden close enough to the exterior to benefit from natural light but deep enough into the building to disappear into the shadows of the slats. These trees keep the interiors cool. Their presence is more obvious on the tower’s roof, even though the trees up there are enclosed within an external wireframe structure that also hides the mechanical systems. 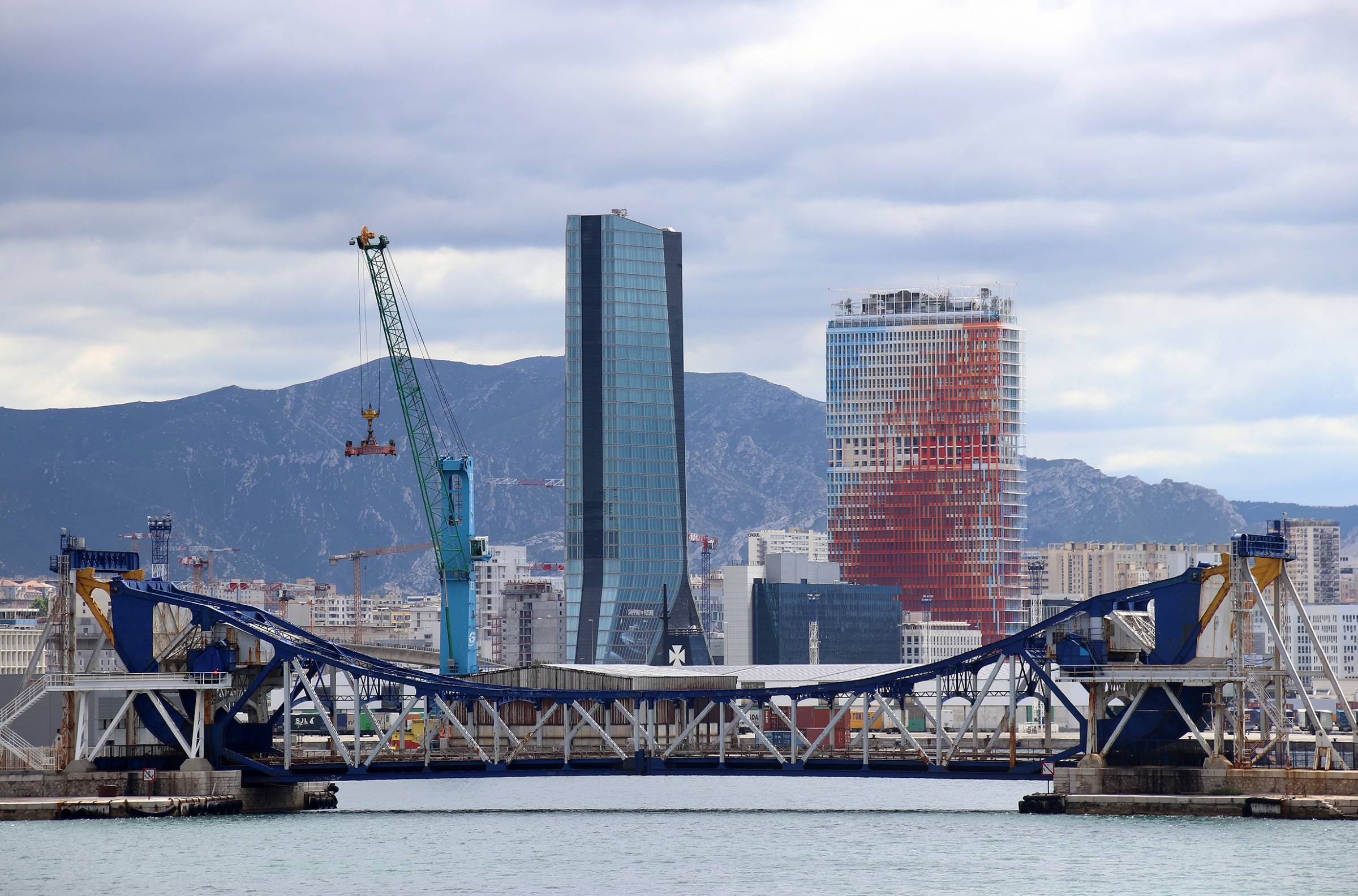 The appeal of this building is that it both looks and feels like it belongs in Marseille. Whether it’s observed from the east or the west, it fits with the context. It is unmistakably not a nameless, placeless box.