Heatherwick Studio’s “1000 Trees” project is well underway in the Chinese metropolis of Shanghai. The project, a mixed-use development in a residential area surrounded by high-rise tower blocks alongside the Suzhou River, was conceived of after a developer approached the studio following the success of their “UK Pavilion,” which was created for the 2010 Shanghai Expo. The complex occupies 15 acres of land next to Shanghai’s arts district, M50, and is really intended to be more of a new topographical element than a building.

This will manifest itself in the long, narrow site via the construction of a terraced landscape, which will take up over 300,000 square meters of space. Here, the building’s concrete structure will be expressed in the form of approximately 1000 columns that not only have tree-like shapes but are also designed to have trees and plants emerging from their funnel-shaped crowns. 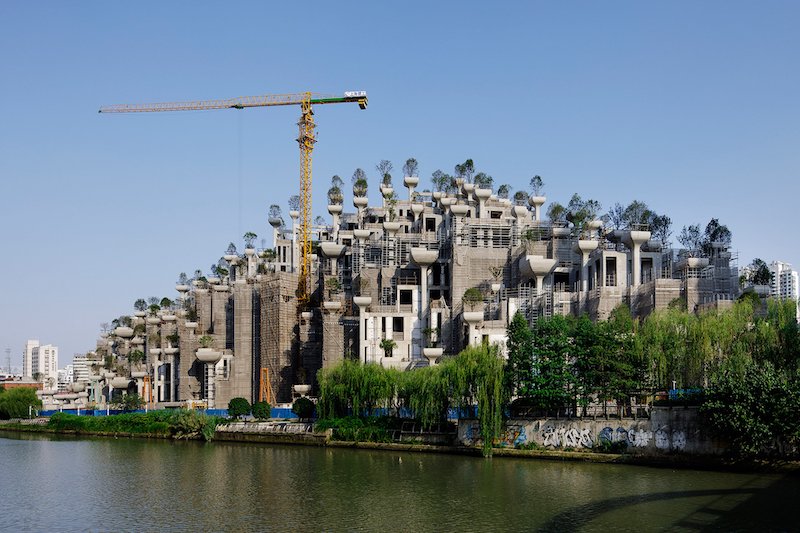 The project, entitled “Moganshan,” was unveiled in 2015, and drone footage of the construction reveals that its progress is now well and truly underway. Although the development is far from being finished, the video shows that there are already trees planted on top of the columns, lending a green air to the otherwise industrial building site. According to the architects, the site is formed from two “tree-covered mountains,” both of which consist of terraced columns that rise to different heights and create an undulating landform that will undoubtedly become one of the area’s more popular architectural attractions.

These columns become the defining feature of the newly constructed landscape and juxtapose nature with the manmade reality of Shanghai’s urban fabric. The complex will provide the city with new residences, a school, commercial office accommodations, a hotel, and retail spaces. At this stage of the construction process, it already looks like Moganshan will provide an attractive visual counterpoint to the area’s other, more generic-looking towers. 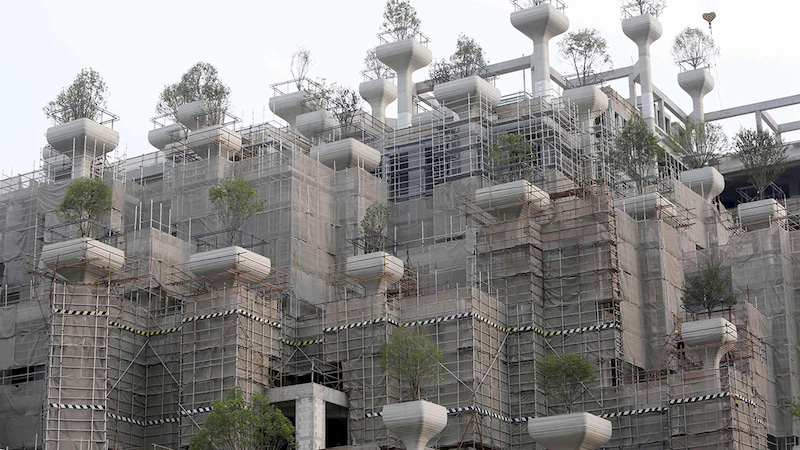 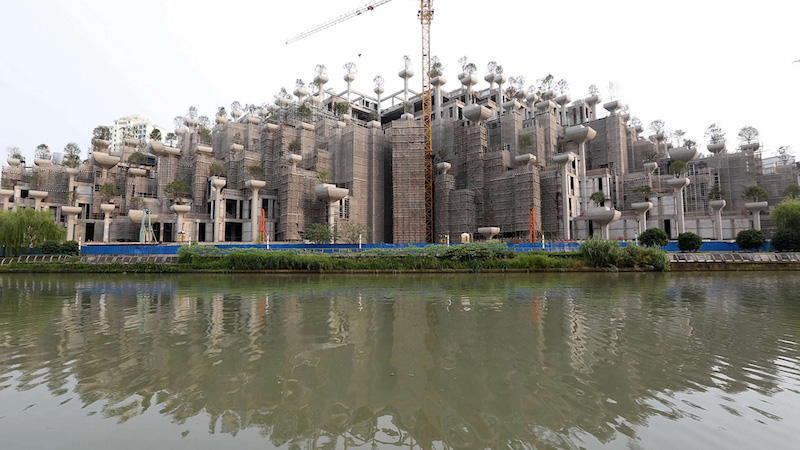 Two of the project’s main goals are to encourage social interaction and promote engagement with the outdoors. This is particularly evident in the over 400 terraces created by the columns, many of which will serve as office spaces suitable for outdoor meetings and away-from-desk gathering spots for colleagues.

The complex fronts onto the river, essentially turning its back on the dense urban sprawl to its rear. This should also encourage residents and building-users to take advantage of the river views and contact with nature that they will have right through the planted trees and along the strip of neighboring parkland. 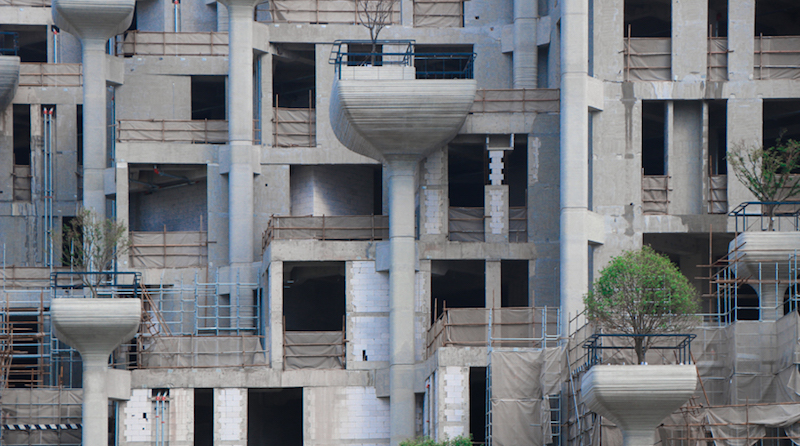 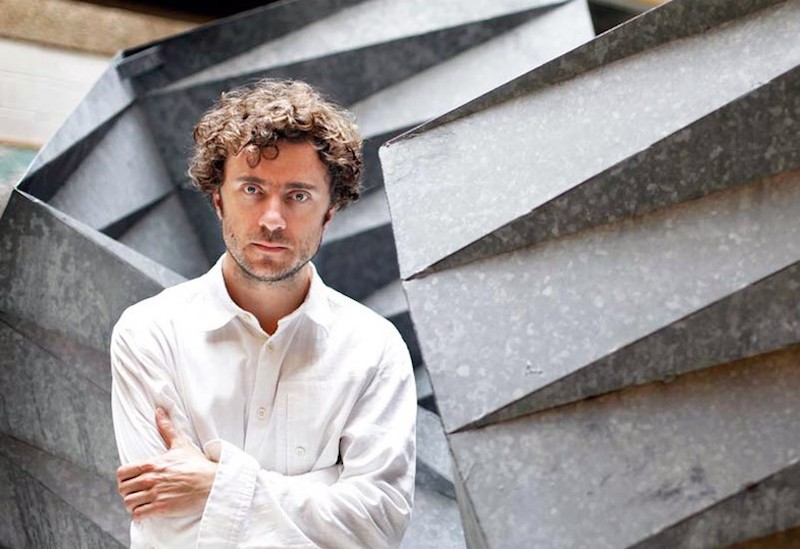 The fair-faced concrete development looks both futuristic and timeless (something which the Heatherwick Studio has always managed to do effortlessly) and feels appropriate for the dynamic Chinese hub of Shanghai. It can be read in many different ways depending on your perspective, and sidelong views give a depth and mass to the complex that is obscured by the sunlight when viewed straight on.

The Shanghai skyline in this area will surely be changed by Moganshan, and its presence will be a lesson in how to break the monotony of the world’s megacities, many of which are springing up all over China. Check back with Dornob for more updates.